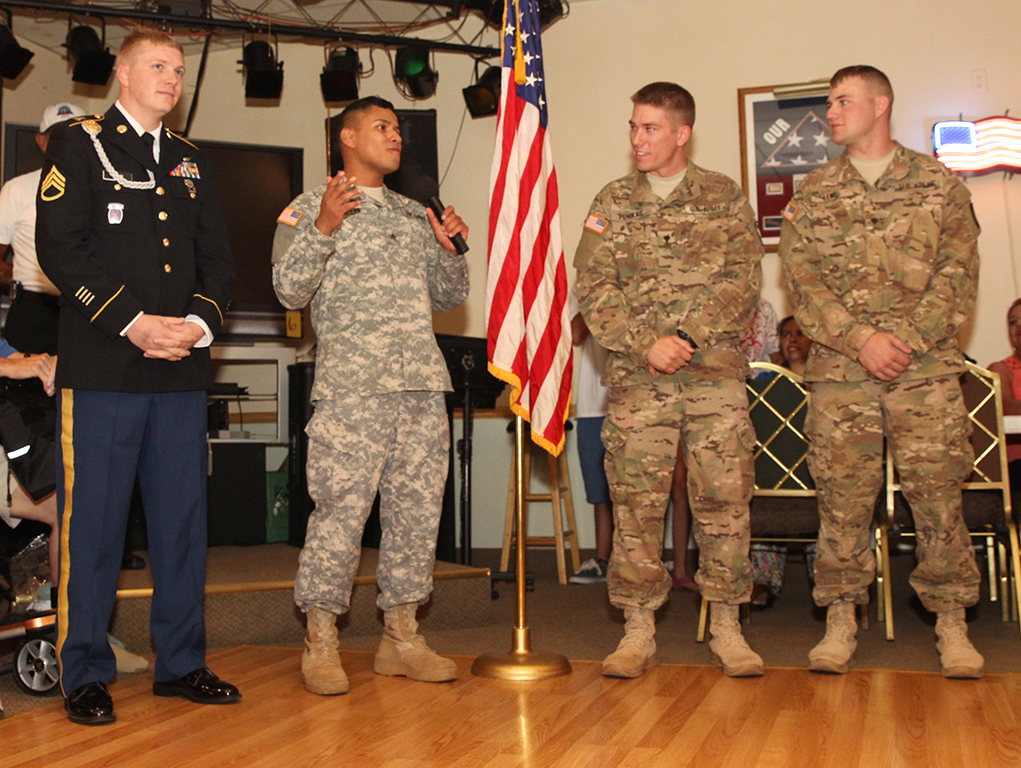 Four soldiers, three from Lake Havasu City, were honored Saturday at a Thank You For Your Service ceremony at the American Legion. They recently returned from Germany and Kuwait.

Sgt. Miguel Montes recently returned from Germany. He graduated from Lake Havasu High School in 2009 and attended Mohave Community College. He enlisted in the Army in 2011 and was a 25Q (Multichannel Transmission Systems Operator Maintainer) and 25 (Information Technology Specialist) and has served in Germany, England, Prague, Italy, Spain, the Netherlands, Poland, Latvia and Estonia. He is attending the American Military University and hopes to one day be a registered dietitian, and his short-term goal is to become a non-commissioned officer. 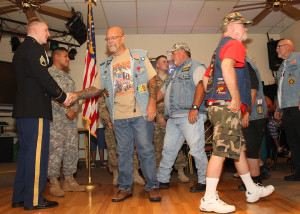 The ceremony was a surprise for Miguel Montes, and he said “I was happy and surprised, very surprised!”

SSgt. Devon Neir returned from Katterbach, Germany, where he was a platoon sergeant and flight instructor for Blackhawk helicopters. Devon graduated from Lake Havasu High School in 2005 and has been in the military since a month after he graduated. He next reports to Fort Hood, Texas.

Neir was assigned to various countries overseas for eight out of his 10 years in the military, including Korea, Iraq, Honduras, Germany and two tours to Afghanistan. While assigned in Honduras, he and three of his fellow soldiers were the only American soldiers to receive the Guatemalan Air Force Cross for providing humanitarian volcano relief to the small villages that were cut off from receiving aid during the crisis.

Neir said he planned to attend his Lake Havasu High School class reunion later that evening. He is the son of Lake Havasu resident Kimberly Neir.

Neir said he was so proud of his hometown. “The ceremony was absolutely breathtaking and aweing. It truly makes me proud to be a member of this city. The folks that make up this loving city make me feel so at home every time I return home.” 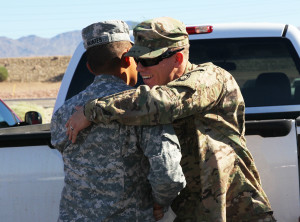 SPC Justin Penikas is recently back from Kuwait. He graduated from Lake Havasu High School in 2011 and enlisted in the Army in October 2012. He was coined by the Centcom AOR Command Sgt. Major to be crossed-trained from a 14e (Patriot Fire Control Enhanced Operator/Maintainer) to a 25u (Signal Support Systems Specialist). He received two Army Achievement Medals and an Army Commendation Medal. He also has received two Certificates of Achievement and served in Buehring Ali Al Salem Air Base and Camp Arifjan in Kuwait.

Justin’s mother is Debbie Penikas of Lake Havasu, and his father was a former AF MP for a secret assignment out of Nellis AFB for six years. His grandfather also served six years in the Air Force, and his uncle is a 25-year retired Bird Colonel. The majority of the men on his mother’s side served as well.

“This is great. It’s great to come back here and see all the people that supported us,” Penikas said. “We got a lot of care packages from these people and it’s just amazing to see this kind of stuff in person. It’s a really good thing.”

Justin brought along a friend, Devon Lewis, who is not from Havasu but served with him in Kuwait. Lewis was also thanked for his service and given certificates and gifts.

“This is really, really cool,” Lewis said. “Where I come from, they don’t do stuff like this. So when people come together and do this, it’s just really nice to see.” 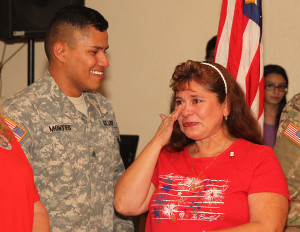 Each soldier was thanked for his service and given membership, coins, caps and other tokens by local veterans organizations, including the American Legion Post 81, Veterans of Foreign Wars Post 9401 and their auxiliaries, American Legion Riders, Disabled American Veterans and the VFW-American Legion Combined Honor Guard. The Lake Havasu Military Moms gave each soldier a gift bag and a service flag signed by those present at the ceremony.

Arizona State Representative Sonny Borrelli attended and thanked the soldiers for their service, and Mayor Mark Nexsen presented them with keys to the city and certificates thanking them for their service. Also present were city council members Dean Barlow and Don Callahan. Vietnam Veterans of America Chapter 975 Chaplain Sisto Sandoval gave the opening prayer and presented each soldier with a military Bible. 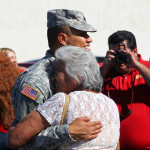 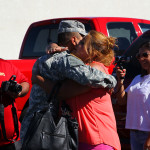 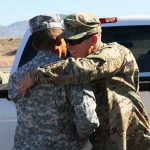 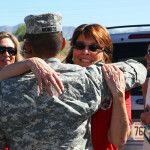 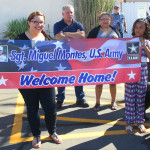 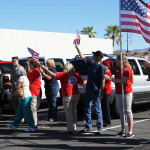 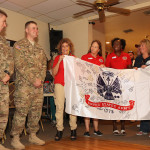 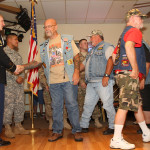 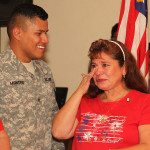 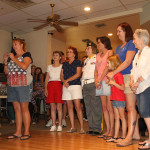 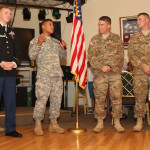