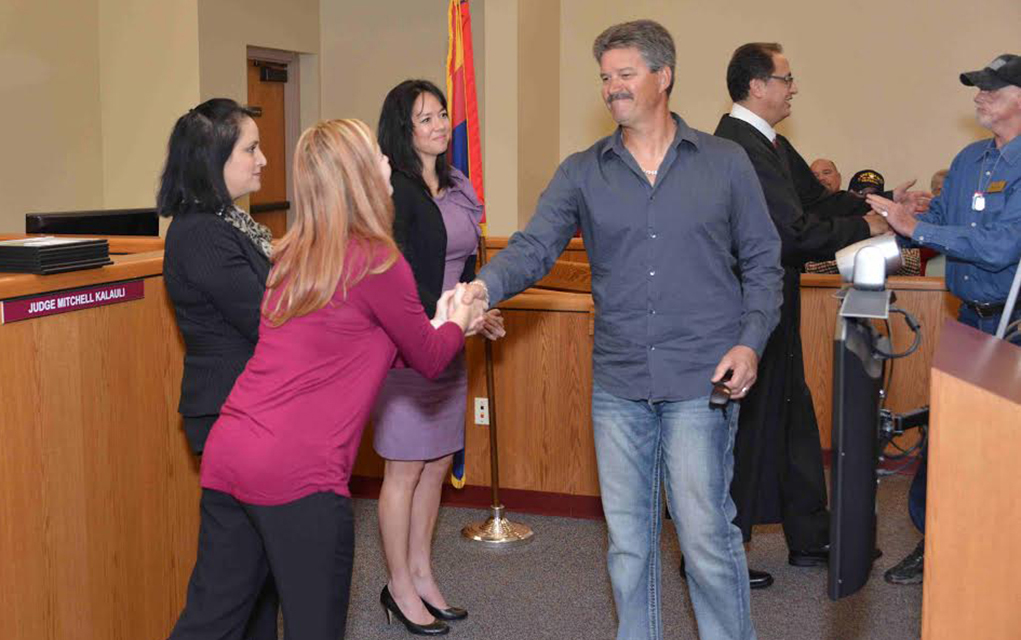 Jan. 13, city officials, members of the Veterans Resource Team, and family and friends watched the Lake Havasu Veterans Treatment Court graduate 14 veterans in the program. It was the largest group of graduates in just more than three years the Treatment Court has existed in Lake Havasu. There was standing room only in Courtroom N. 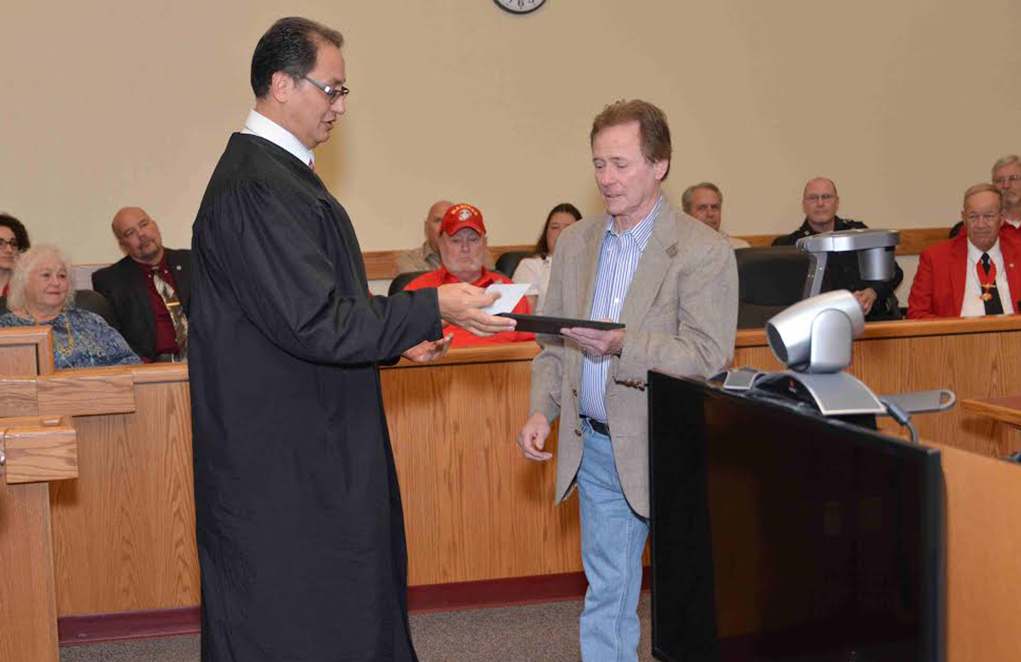 Following the presentation of Colors by the Havasu Marine Corps League Detachment 757, Judge Mitchell Kalauli called up the program veterans one at a time to congratulate them on successfully completing the program. He praised them for having the courage and determination to successfully complete the 6- to 18-month or longer program, which demands a great deal more of them than simply jail time and a fine.

They must attend classes to learn life skills and budgeting; get counseling if required, often for problems resulting from PTSD or Traumatic Brain injuries incurred during their military service; contact their mentors at least twice a week, and remain clean and sober even if their offenses did not involve alcohol or drugs. 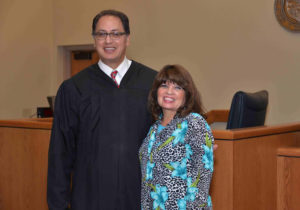 Before beginning the graduation ceremony, Kalauli called up Lake Havasu Properties office manager Sandy Shearn to offer thanks for their employees’ donation of $1,400 to help pay for the court-ordered tests required in the program that some of the veterans cannot afford. Kalauli explained that some of the veterans in the program are unemployed or unable to afford to pay for the tests, and the Veterans Resource Team, which provides support for the Treatment Court, raises funds to help pay for the tests.

Several graduates said the Treatment Court program helped them get their lives back on the right track, saying they could never have done it without the help provided by so many people who wanted them to succeed. Some announced that for the first time in many years, they have been clean and sober for up to 300 days or more. 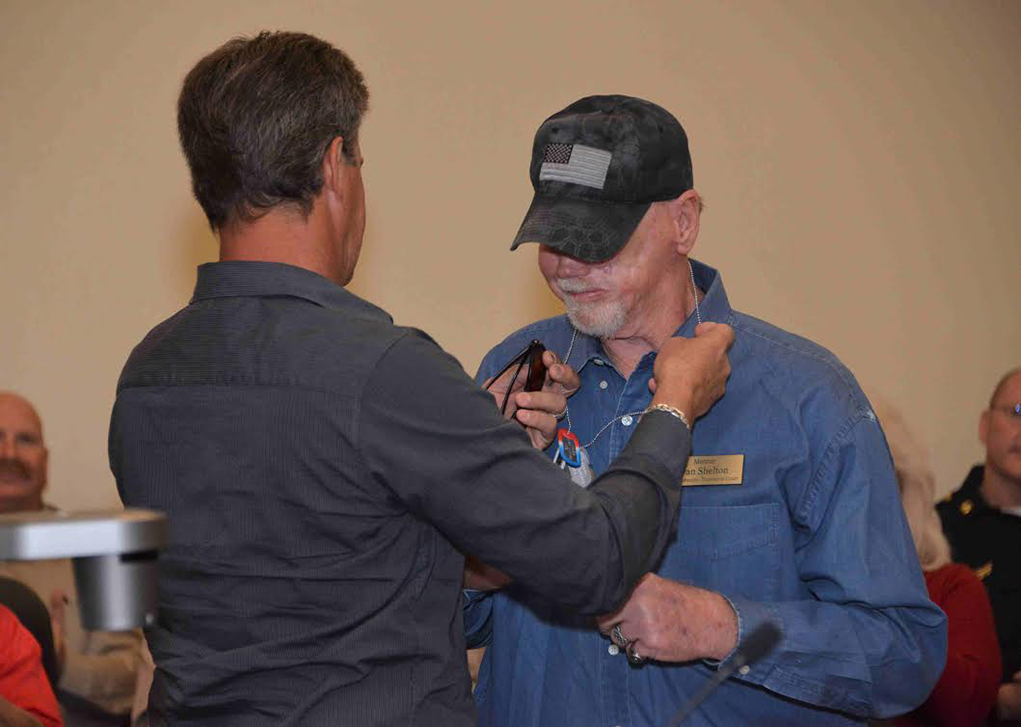 David Dobson had the highest praise for his mentor, Dan Shelton. He removed his three dog tags presented by the court when veterans move through the phases of the program, and put them around Shelton’s neck, saying “I feel you deserve these more than I do.”

There are currently about 60 veterans in the Treatment Court. Graduations are held every three months.

Feature photo:  Graduate David Dobson thanks Colene Lowery, Sally Miranda and Jennifer Harrold, as Judge Kalauli thanks Dan Shelton for his service as a mentor. 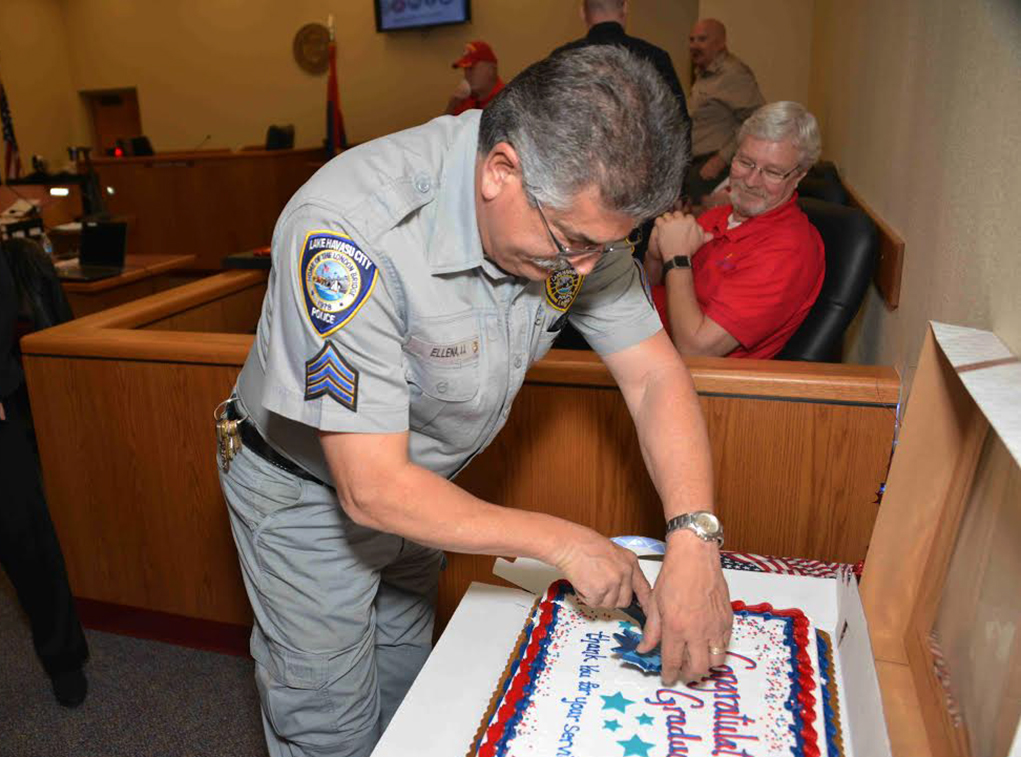 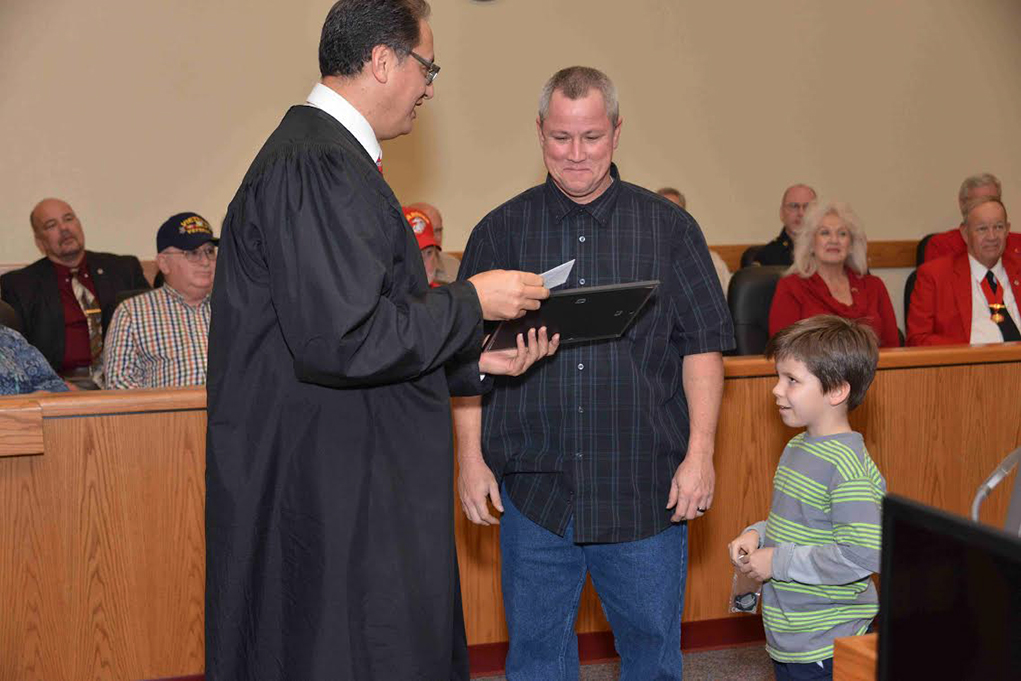