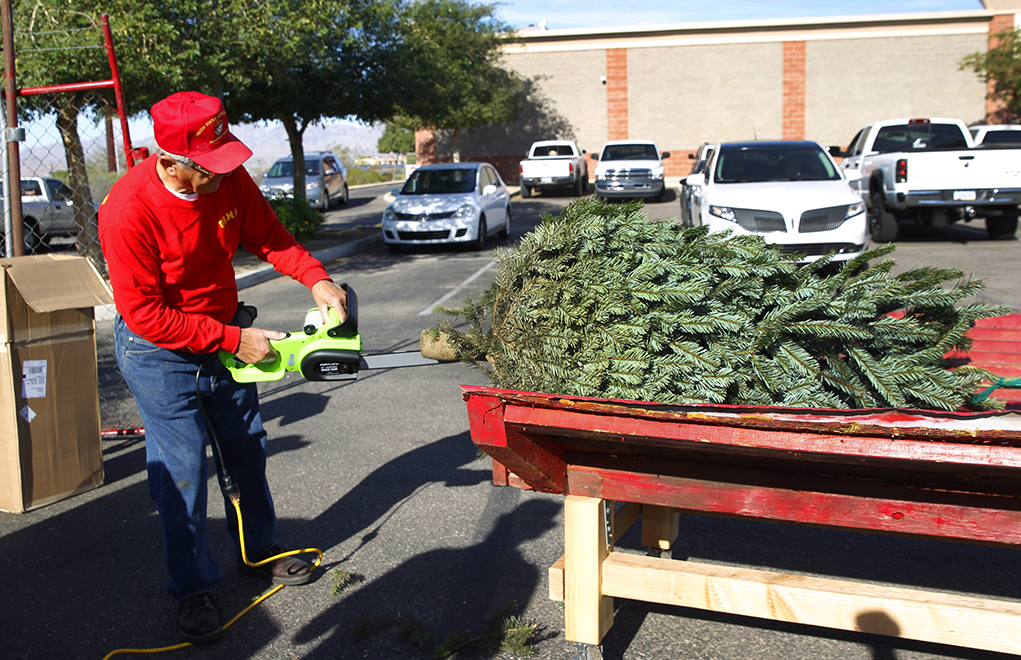 More than 100 Marine Corps League and Auxiliary volunteers will be working in the tree lot throughout December, or until they run out of trees. According to Dave Ira, the trees will be available for $20 to more than $100.

And this year, there is a new, bright red component on the lot. Months ago, the League trailer was struck by lightning and the trailer and everything in it was destroyed. Thanks to generous donations, the trailer has been replaced and painted the recognizable red of the U.S.Marine Corps League. According to Ira, the League is still working to replace the equipment that inside the old trailer that was destroyed in the fire.

The tree lot will be open on Saturday and Sundays from 9 a.m. to 7 p.m., and Monday through Friday from noon until 7 p.m. 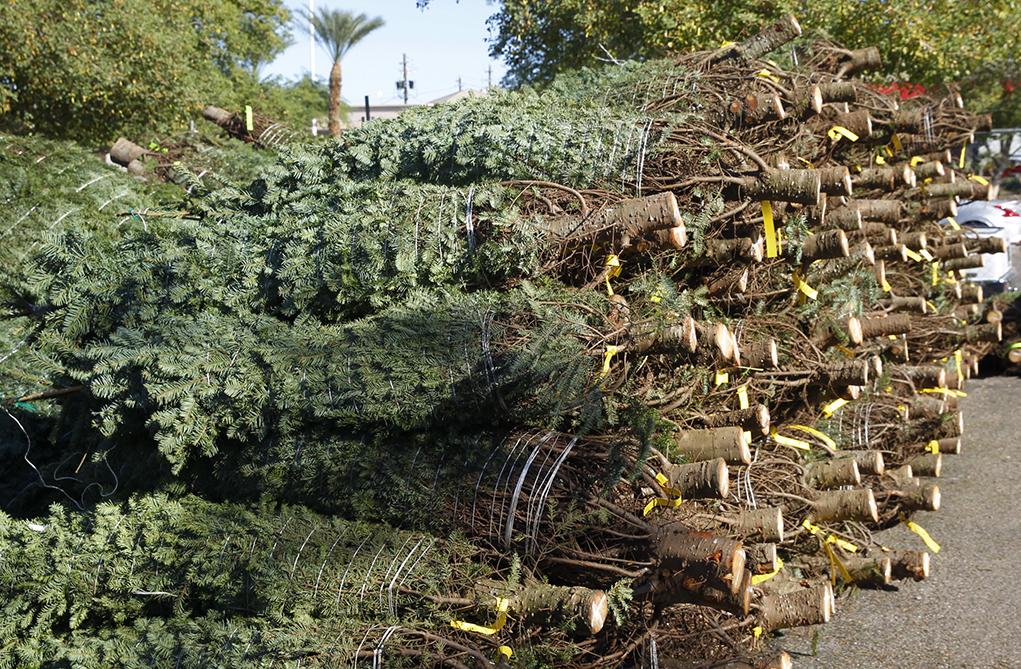 Trees are lined up in the lot at CVS ready for sale. Jillian Danielson/RiverScene 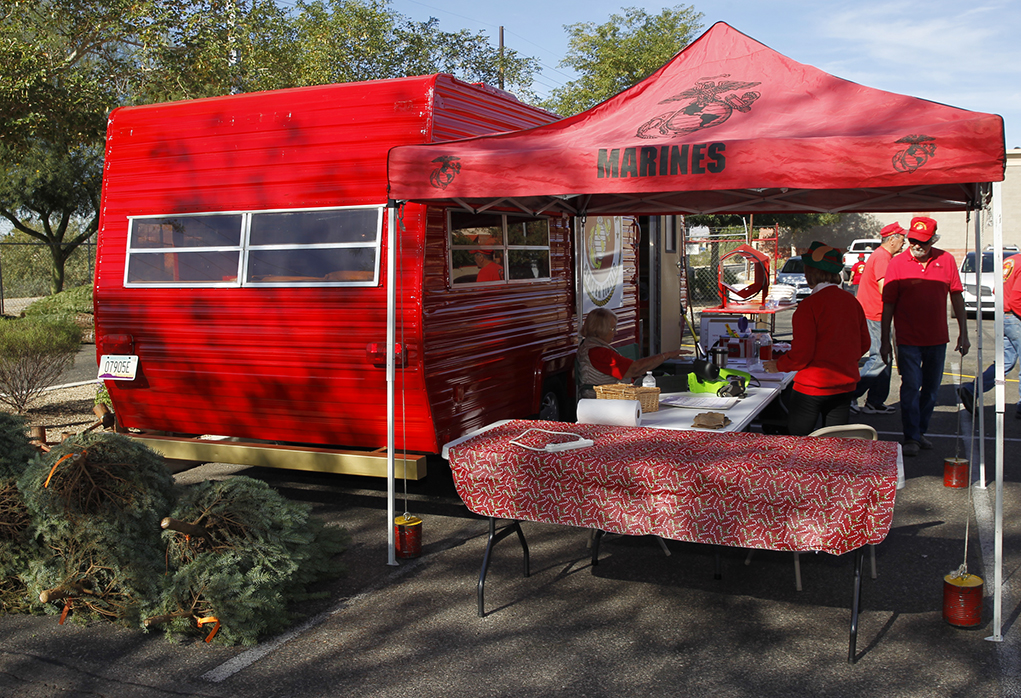