Girls Go All In For S Club 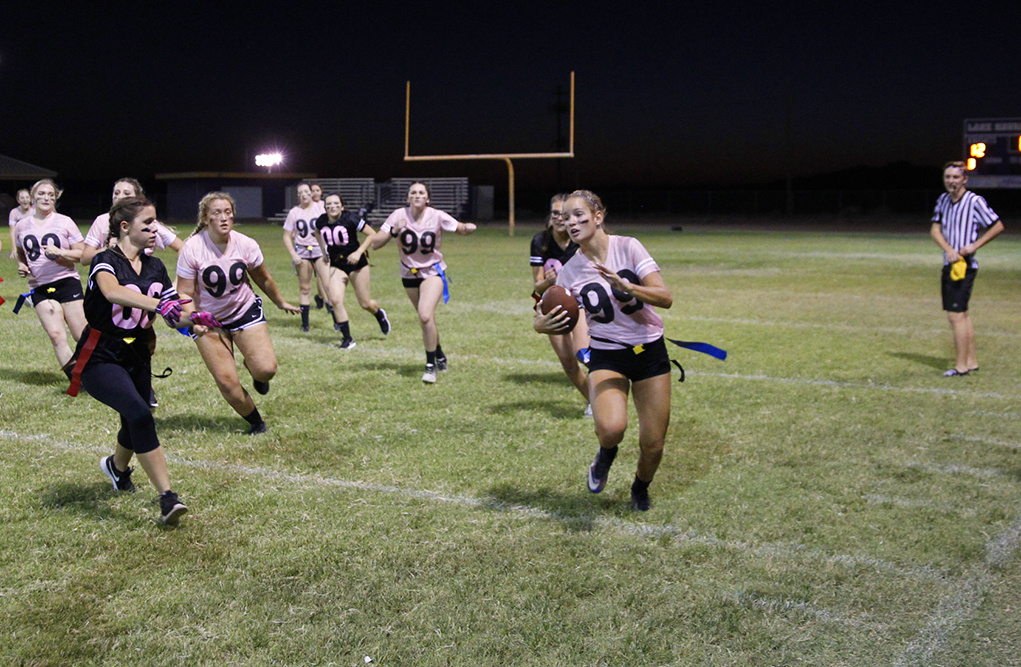 The black team was made up of sophomore and junior girls, while the pink team players were freshmen and seniors.

The game was a fundraiser for the LHHS S Club.

“I’m out here tonight dressed in grace and elegance to cheerlead for S Club, to have the girls go out and play the football game while the boys switch roles,” volunteer Steven Cipres said.  “We’re out here showing our love and sport and we’re out here having fun,” he said.

At the end of the game, the scoreboard told the story. The black team won 42-0. 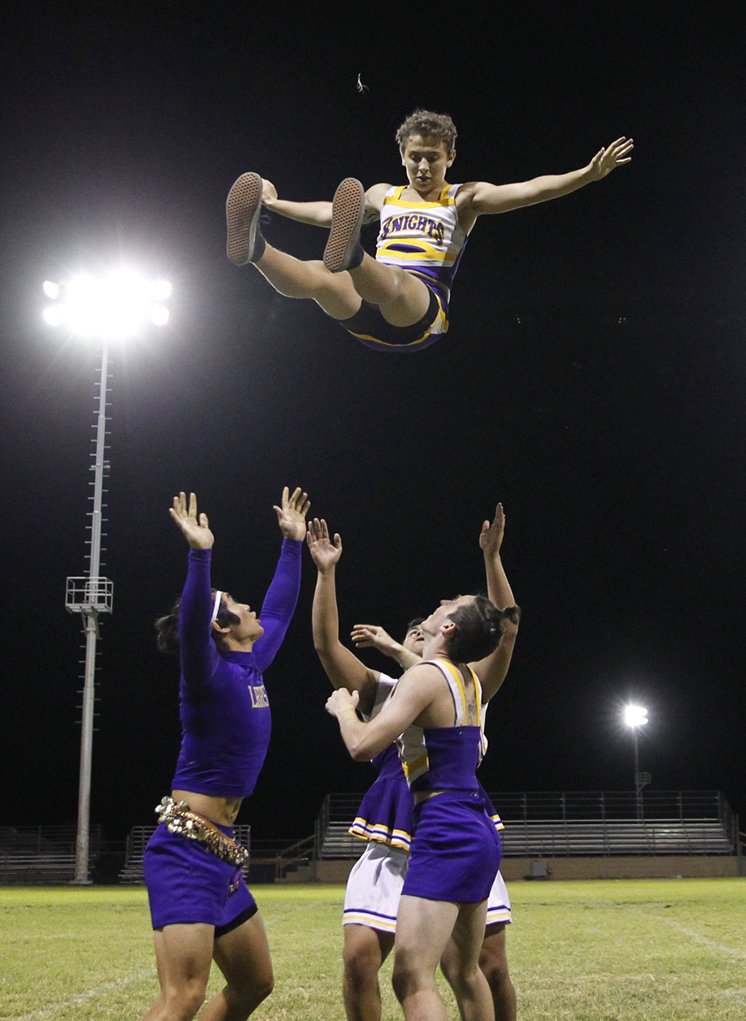 Students dress as cheerleaders and perform at half time during the Powder Puff game. Jillian Danielson/RiverScene 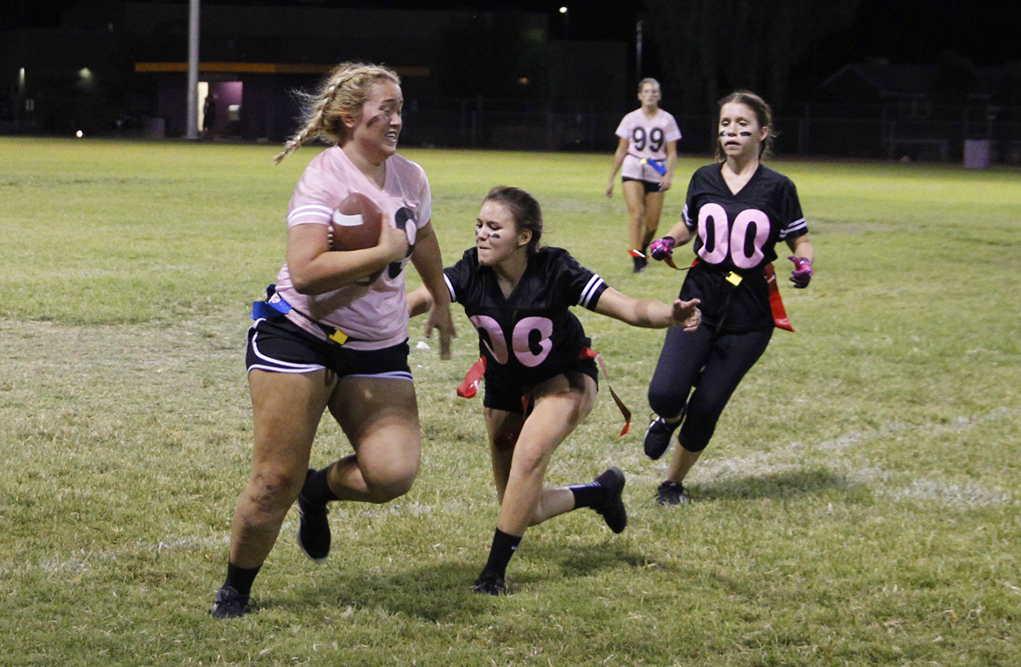 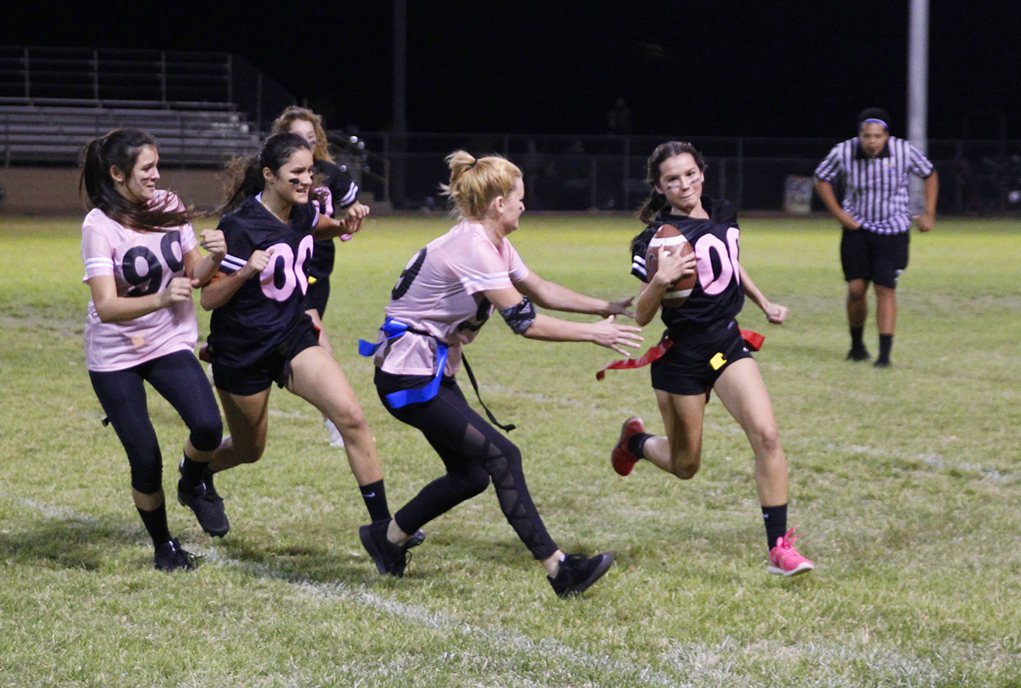 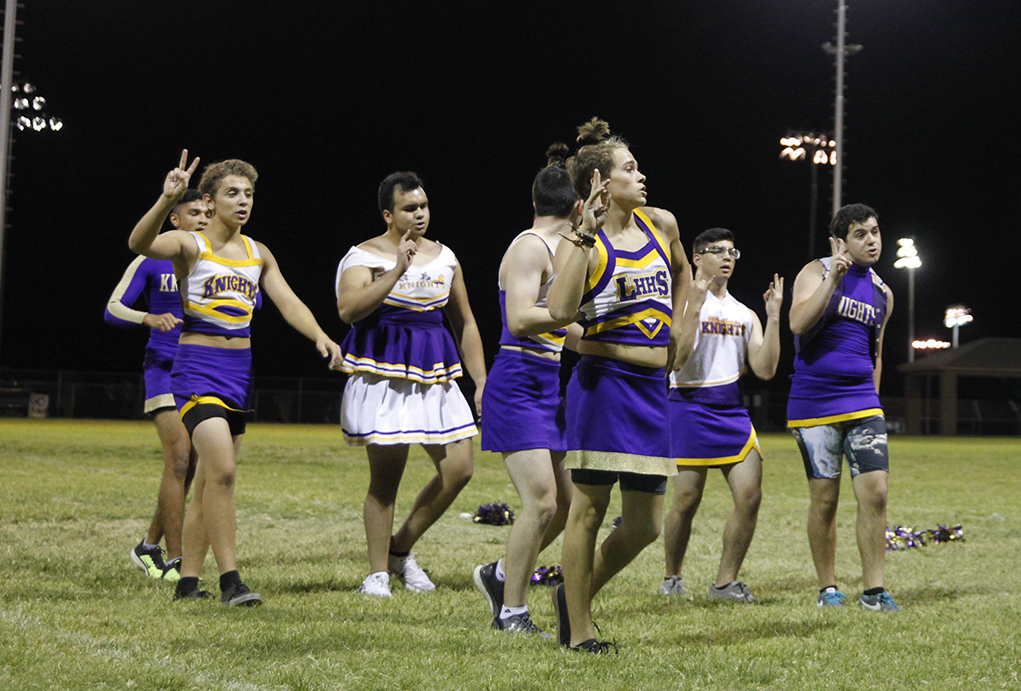 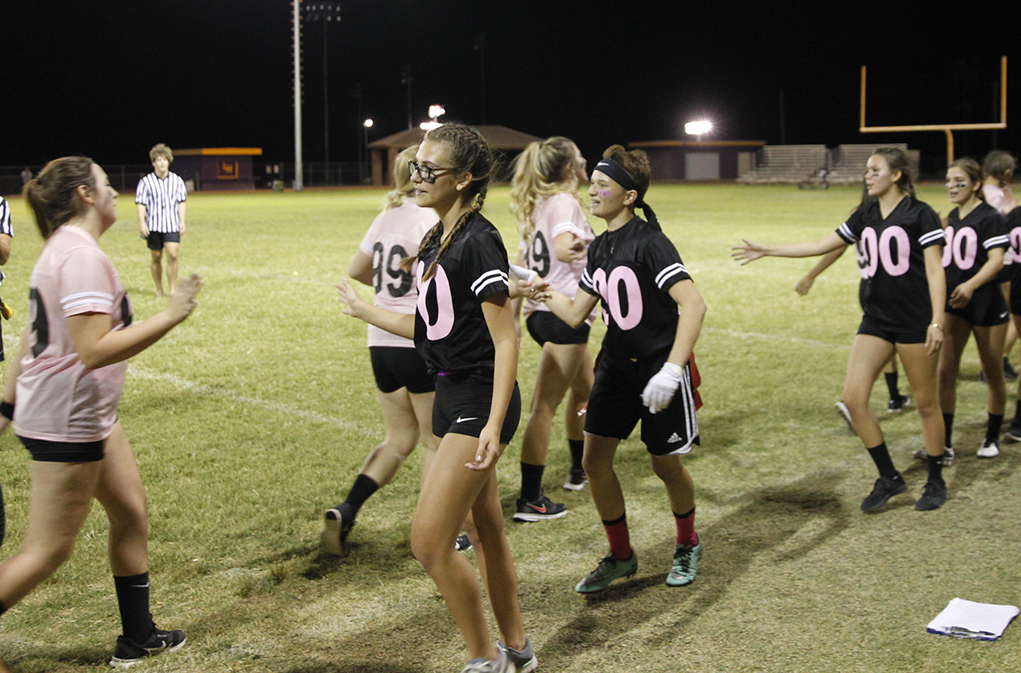 Students congratulate each other after the Powder Puff game Tuesday evening. Jillian Danielson/RiverScenes