Giving Back with Backpacks 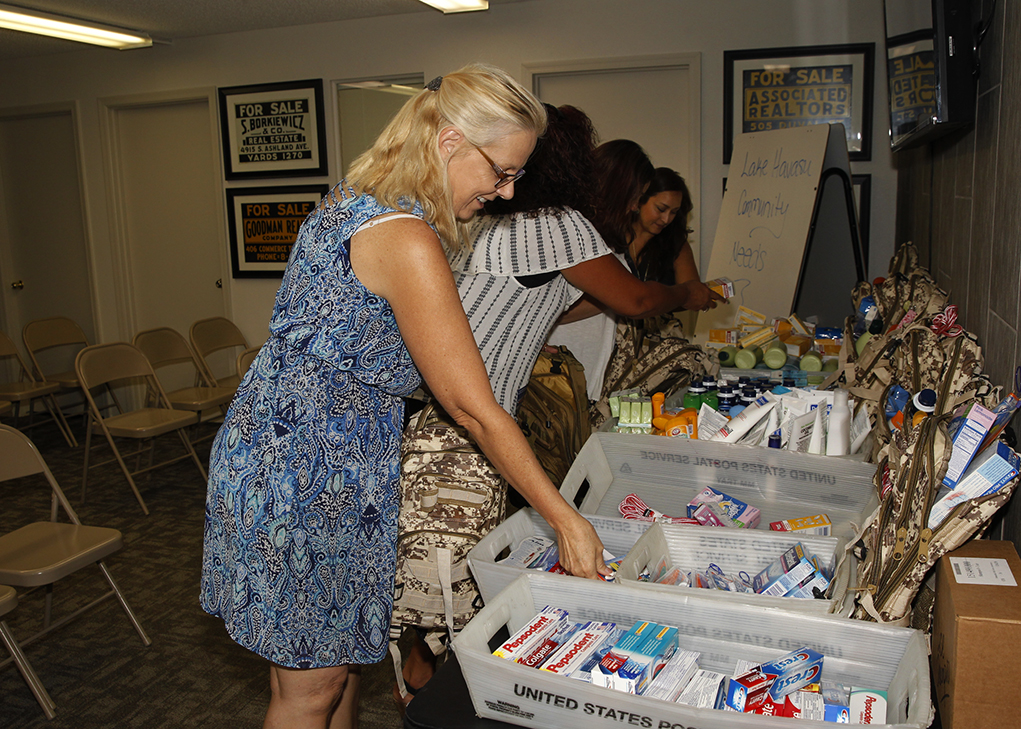 A simple conversation between a group of coworkers about giving back to the community has turned into a massive success, all while uniting the city of Lake Havasu and helping it become “community strong.”

“It started with a couple of us talking, like ‘we as an office could really put some serious stuff together,’” said Erika McPherson, Lake Havasu City Properties Realtor. “We began tossing around ideas of what we wanted to do, and once we got our feelers out there we were really struck by our homeless veteran population. I think in Havasu, we don’t realize the magnitude of it. There are camps that most of us aren’t aware of. It was very eye opening for us.” 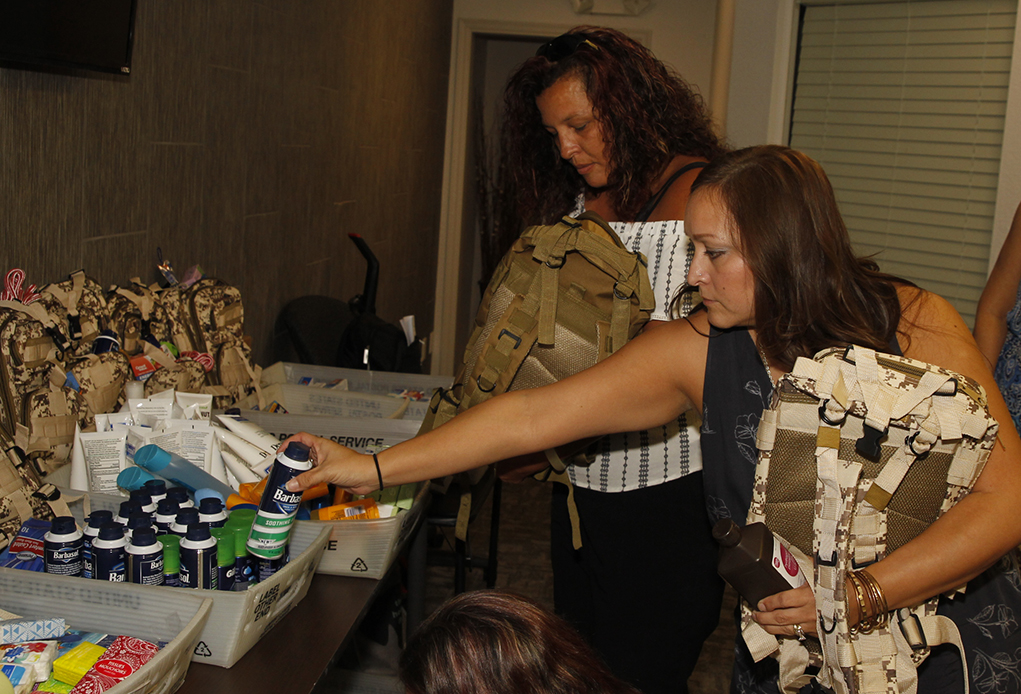 “There are some things we take for granted as everyday items,” said McPherson. “We want them to just feel decent and human.”

They decided to create a Facebook page, called Havasu Community Needs, and through the page and a few phone calls to friends and local businesses, they had their first donations. They will be accepting donations until Friday. The following week, they will be packing up the bags and passing them onto the organizations that helped them in the beginning, for distributing.

“If someone has $5 to donate, that’s five items in a backpack, and that’s super helpful,” said McPherson. “If it’s picking up a couple extra items while out shopping and then dropping them by the office, that’s equally as helpful.”

These backpacks are just the beginning for Lake Havasu City Properties and Havasu Community Needs. The crew is busy planning its next projects and have a few already in the works. 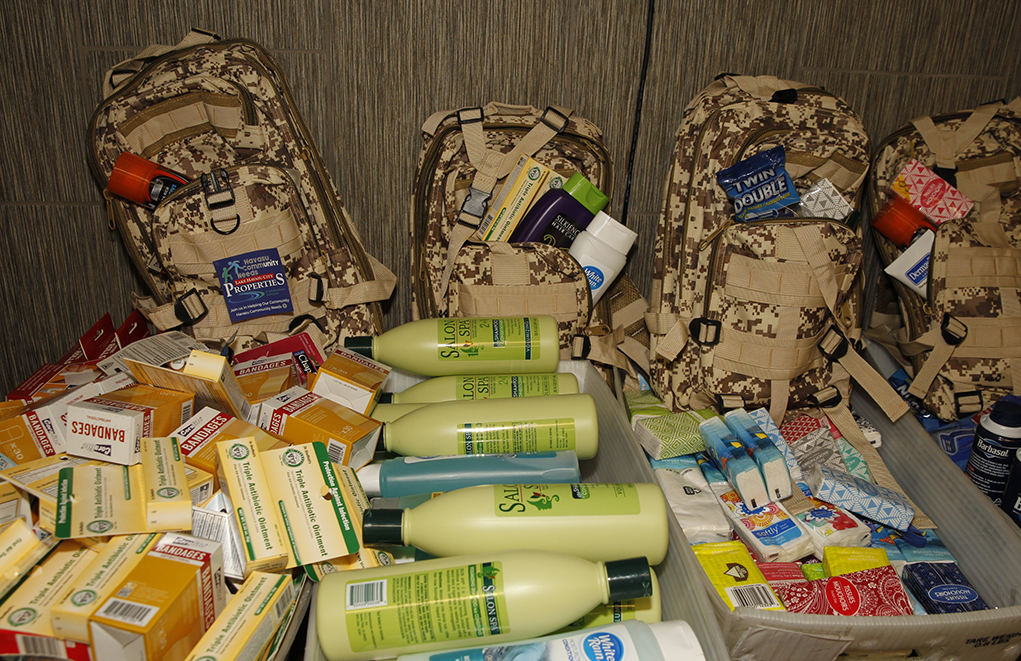 Backpacks and toilettries are displayed on a table at Lake Havasu Properties. Jillian Danielson/RiverScene

“We feel there’s a lot of need with children, whether it’s sports fees, school supplies, clean socks and shoes, we want to make sure they have all of their needs,” said McPherson.

The Lake Havasu City Properties office is ecstatic over the response they have received.

“The outreach from the city has been phenomenal,” said McPherson. “We all live, work and play here, and we are very strong supporters of our community. We want to fill voids where there may be some, and I think we are hitting that nail on the head.”

For anyone wishing to donate to Havasu Community Needs, they could send a message through their Facebook page, or call the Lake Havasu City Properties office directly at 928-854-7210. https://www.facebook.com/havasucommunityneeds. 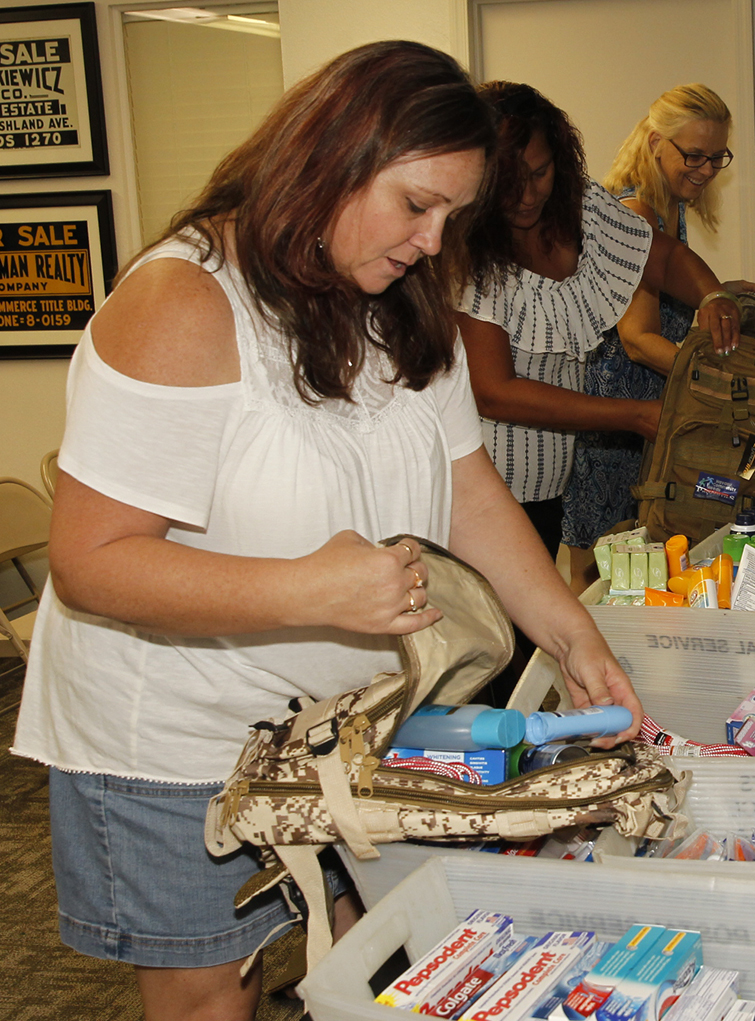