Giving Back Through The Power Of Performance Boating 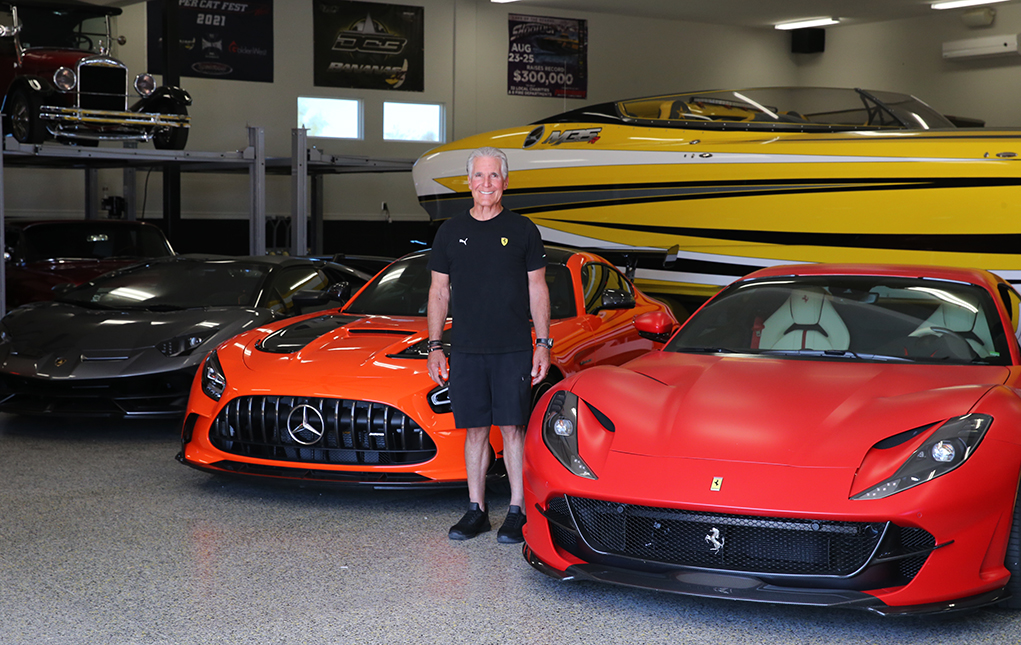 When Desert Storm gets underway this week, one regular participant will be missing. Not by choice, but by another engagement – the out-of-town wedding of an old friend.

Dave Megugorac has been coming to Lake Havasu since he was an infant.

“I came from a boating family, and I literally started boating when I was an infant. My mom and dad competed professionally in water skiing in the ‘60s and ‘70s,” he said.

He said the family began coming to Lake Havasu long before there was a bridge or an island.

Megugorac started water skiing when he was about 4 and was on a single ski by the time, he was 5. Needless to say, he grew up in the boating world with frequent visits to Lake Havasu.

Megugorac owned a successful inspection company in California that worked with extended warranty companies to ensure local mechanic shops were not gouging the insurer. The company grew to encompass the entire country.

“I started doing that in 1988 and after 25 years, we went from just me being an inspector to having 4,500 or so inspectors across the country. It was like an out-of-body experience for a high school graduate who was just a mechanic to be running a relatively large company,” he said.

Megugorac and his wife Buffie Megugorac, met when a mutual high school friend got them together at their 15-year class reunion.

“Mary (the friend) had a limo, and we all went together to the reunion and eight months later, we were married. We’ve been married for 35 years, so it worked,” he said.

He said once the business was going well, he purchased his first boat – a Malibu – and they visited Lake Havasu at least once a year.

They kept coming back and eventually purchased a motor home and started staying at the Islander (Resort).

“You could stand there and have the boat in front of you on the shore. It was really neat.”

When the couple retired, they bought a park model at the Islander and decided after a while that it was too big a party for them, so they opted for a home in the Refuge, where they live permanently. 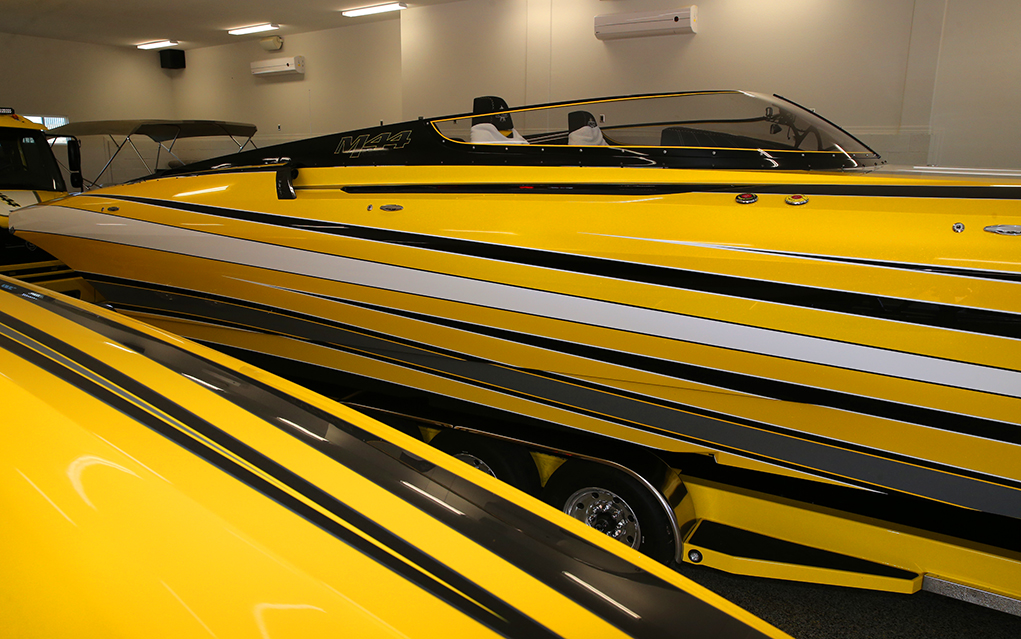 After owning a few high-performance boats, Megugorac settled on a M44 from DCB.

The couple has participated in Desert Storm for several years.

“We’ve taken part in Kruisin for Kids – now Kruisin for a Kause – for the last seven or eight years It’s my favorite part of the Desert Storm week. It regrounds you.

“We all have a tendency to start losing our appreciation and all the good we have in our lives and then you go to that event that one day and these kids and some adults … they’re lives are so challenged. They’re lives are so difficult to just go hour to hour and you go to this event, and you give these kids that joy for that morning and it resets you for the whole year. There hasn’t been on Kruisin for Kids that hasn’t left me with tears in my eyes. Either when you come back and the kids are crying cause they had so much fun or just seeing the contrast with them and your life just trying to get in and out of the boats and their handlers are there and it just reminds you of how lucky you are to have what you have and be who you are. And so, for me, that event feels very selfish. I feel like I get more out of the ride than the kids. We’ve gotten letters and pictures over the years and it’s just very rewarding,” he said. 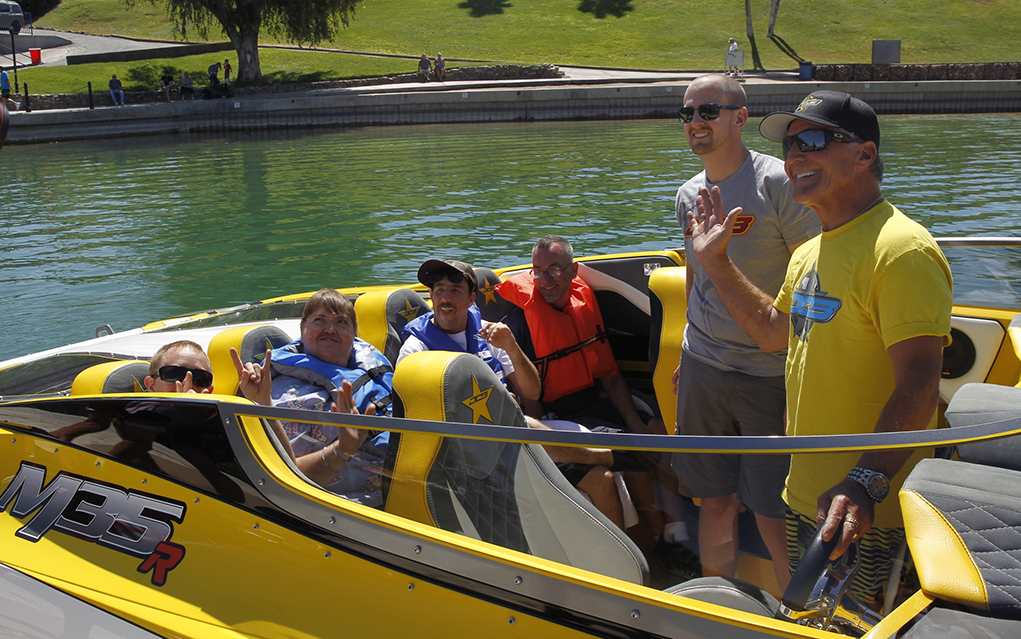 “My philosophy is if I’m going to take part in an event, I’m trying to make it a better event.

“Give, give, give. Never take is my famous saying so as soon as we got involved in the first Desert Storm, I realized all the good things they do for the community and the kids. I thought we have to do that.”

The event is around the performance boating community that we enjoy – whether it’s the poker run on Friday or the shootout on Saturday. I like doing that stuff. They wouldn’t have a show if they didn’t have guys going out there putting on a show so I like taking part in as much of the event as I can,” he said. But sadly, a blown alternator will keep him sidelined this year.

Not only is Megugorac into performance boats, he’s also a car collector.

“We were a car nut family. My dad is in the Hot Rod Hall of Fame. He had a custom-car building business for about 20 years – street rods – and so a couple of the cars that you see here are family cars,” he said. 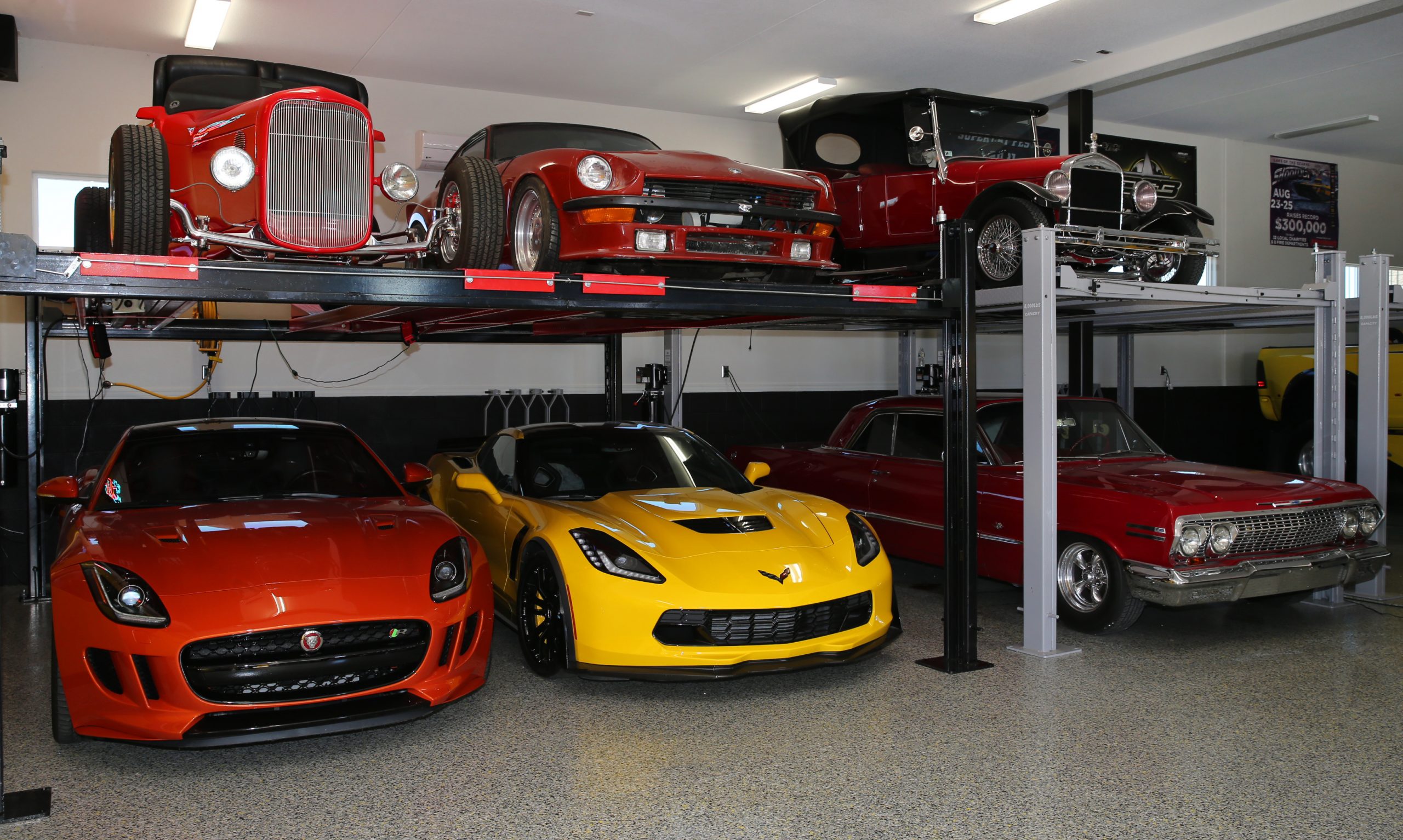 The ’27 roadster Phaeton in this garage is named “Annabelle.”

“My dad bought and built that car for my mom in 1968. Both my mom and dad have passed away since, but I was able to find that car in San Francisco a few years ago and buy it back. Buffie and I had our first date in that car in 1987 so that car has a lot of history for me.”

Another find was a ’29 Roadster that was the last car his father built for himself. He found that one in Georgia and was able to buy it back.

He trades exotics like Jaguars, Lamborghinis, Mercedes to make money. He does a lot of research on them and invests.

The couple gives back to the community in many ways. They donate to New Horizons, Western Arizona Humane Society  and Juvenile Diabetes Research Foundation among other nonprofit organizations.

Desert Storm celebrates with a street party on McCulloch Boulevard Thursday from 1 to 9 p.m., a Parade through the Bridgewater Channel at 11 a.m., Friday morning followed by a poker run, and a Shoot Out Saturday from 9 a.m. to 4 p.m. 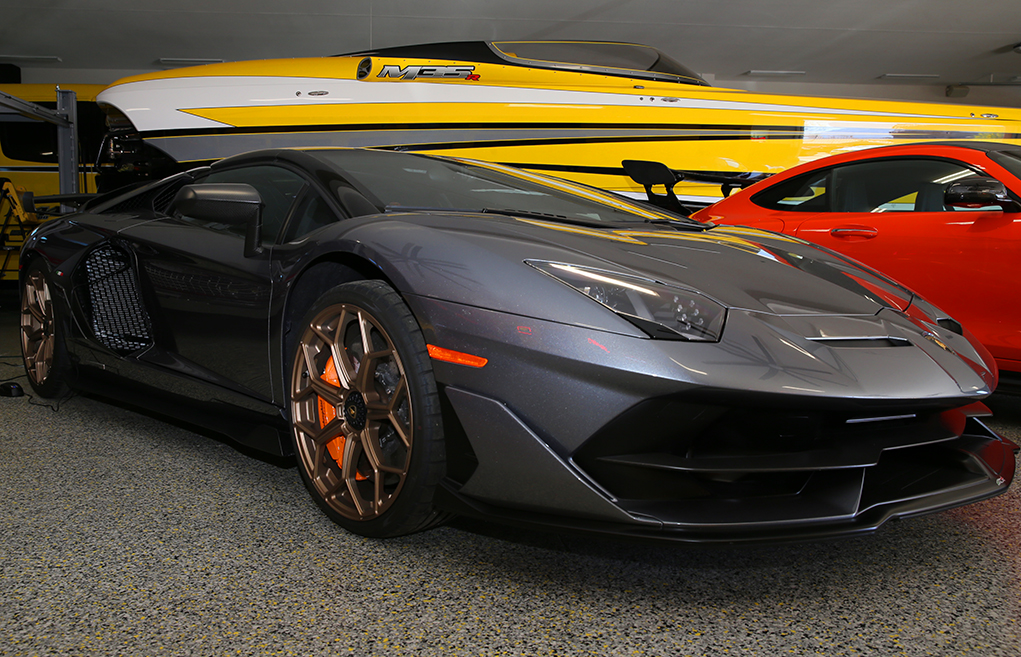