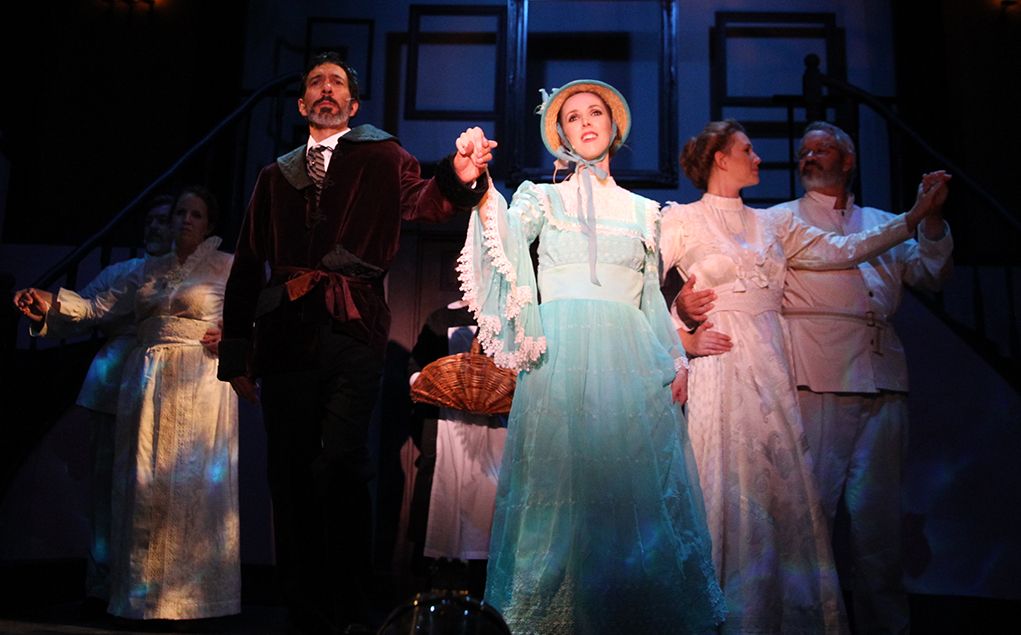 THE SECRET GARDEN comes to life with guest artists!The next GraceArts LIVE production, The Secret Garden , running November 6-8, 13-15 & 20-22 comes to life and thrives with a very talented local cast and two professional performers, James Edward Dauphin and Sean Tamburrino. The winner of three 1991 Tony Awards and multiple Drama Desk awards, this enchanting musical is based on the timeless novel by Frances Hodgson Burnett about a young, spoiled girl orphaned in India who returns to England to live with her reclusive uncle and his invalid son. By finding and reviving her aunt’s garden, it tells the heartfelt tale of faith, forgiveness, and a girl’s search for home. 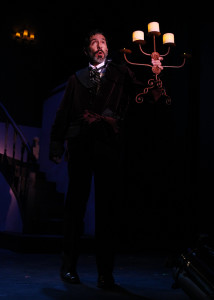 James Edward Dauphin recently celebrated over 65 shows in 2015 and will be appearing in the Lyric Opera of Chicago of Der Rosenkavalier this February. Regional and stock credits throughout the Midwest include favorite leading roles in The Sound of Music, Les Miserables, City of Angels, Show Boat, Brigadoon, Carousel, Disney’s Beauty and the Beast, Camelot, Angels in America, 42nd Street, Arsenic and Old Lace, Peter Pan, Little Shop of Horrors, Guys and Dolls, Deathtrap, My Fair Lady, Into the Woods, Miss Saigon, South Pacific, Children of Eden, Cats and A Chorus Line. He has performed the title role in Joseph and the Amazing Technicolor Dreamcoat in over twelve productions. Offstage, James is a director, set designer, graphic artist and has had the pleasure of working for The Walt Disney Company in such fields as Special Events, Exhibitor Relations, Consumer Product Design, Regional Entertainment and Animation. Television and Film credits include The History Channel, Lifetime, Showtime, Chicago Fire, Stranger than Fiction, Man of Steel, among others. 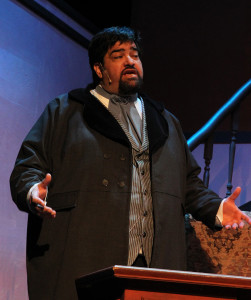 Sean Tamburrino has been performing for over twenty years and is the Director, Musical Director and actor in this production. Growing up in North County, California, Sean began his stage career at the Moonlight Amphitheatre. As a professional actor, Sean performed in musicals all over the country. He was a principal singer for the Walt Disney Company performing in Los Angeles, Orlando and spent three years in Tokyo. His many credits at GraceArts LIVE include Shrek (Shrek), Sweeney Todd (Sweeney Todd), Ain’t that a Kick in the Head: A Rat Pack Tribute!, Annie (Oliver Warbucks), Les Miserables (Inspector Javert), Fiddler on the Roof (Tevye) among others. 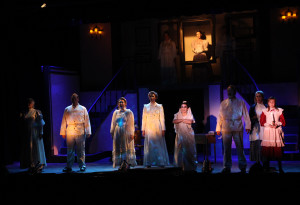 Don’t miss this fantastic opportunity to see phenomenal local and professional talent without travelling and paying big city prices! Show times are Fridays and Saturdays at 7:30PM and Sundays at 2PM. Tickets are $25+tax+fee for adults and $12+tax+fee for children 17 years old and younger. For your reserved seats, visit the theatre Box Office, 2146 McCulloch Blvd. Monday through Fridays 3-6PM and up to one hour prior to show times, call 928 505-2787 (ARTS), or go online www.graceartslive.com. We hope to see YOU at the theatre!