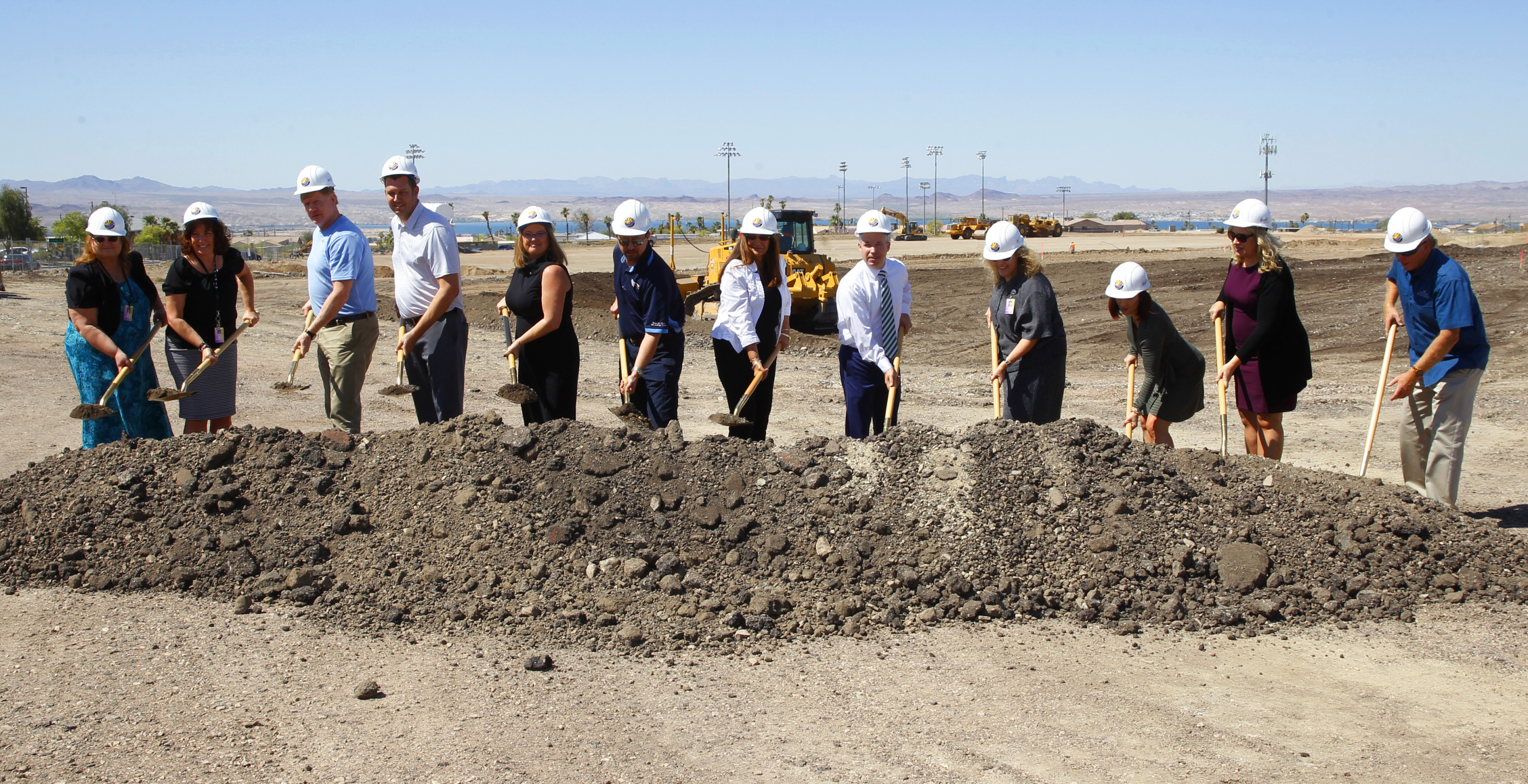 On Monday morning, a group of school and city officials gathered for a groundbreaking ceremony at Lake Havasu High School, at the site of the Lee Barnes Football Stadium.

According to the high school’s Athletic Director Brady Krueger, construction is still in the preparation phase, “still in the early phases.” Monday’s ceremony was an opportunity to say thank you to all the people involved in making the upgrade a reality, as well as a chance to show the project’s progress. 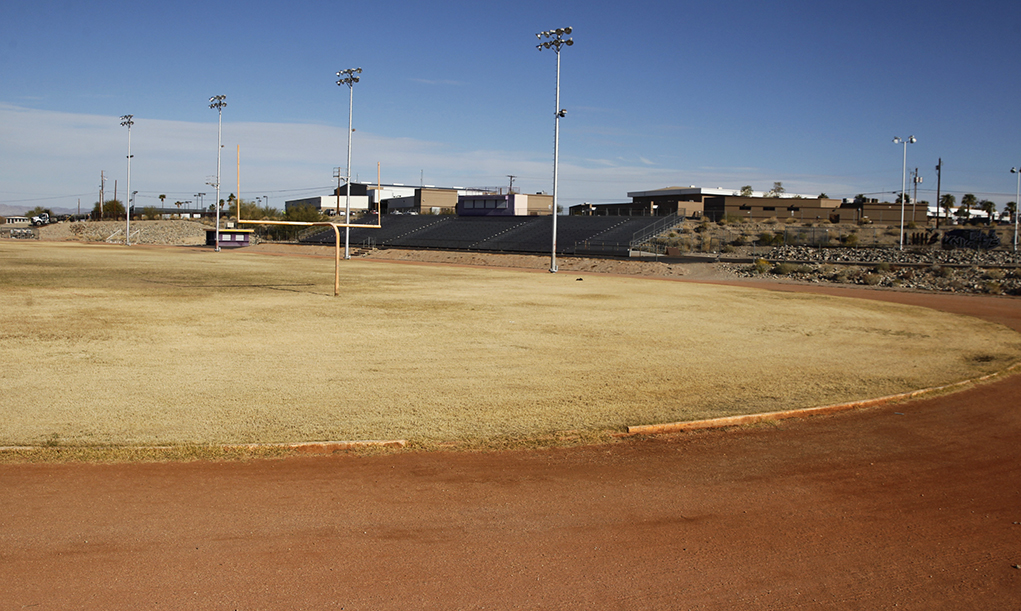 Demolition of the old field and stadium complex began earlier this year to make way for the new construction. Krueger said the project will basically be “rebuilding from scratch.”

“The field should be beautiful once it’s finished,” Krueger said. “It will be top-of-the-line.”

The stadium complex will feature new bleachers, lights, concession stand and bathroom facilities, as well as a FieldTurf playing field and all-weather track.

A rendering of the new football field. The field should be completed by August 1, 2018.

Kreuger said that sports teams hope to be able to start using the lower field in July for practices, and that the entire project is scheduled to wrap up around Aug. 1. 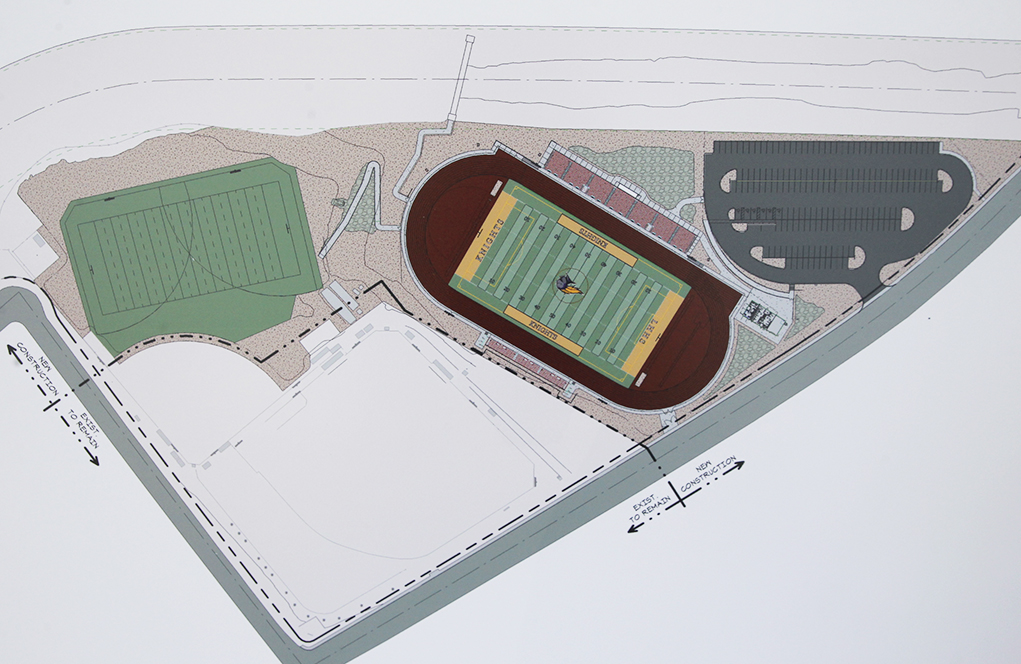 A rendering of phase one and two of the fields. The main field and the lower practice field will be completed in phase one. The second phase will include the baseball field. Courtesy LHHS

The new field will have 1,000 more seats than the old, bringing the total number of seats to 3,000. And the bleachers will be ADA compliant for the handicapped.

Lighting will be upgraded to include four LED Musco light poles that are more directional onto the field, similar to those recently installed at the city’s new Cypress Park.

The following photos are progress of the field demo up until April 2. 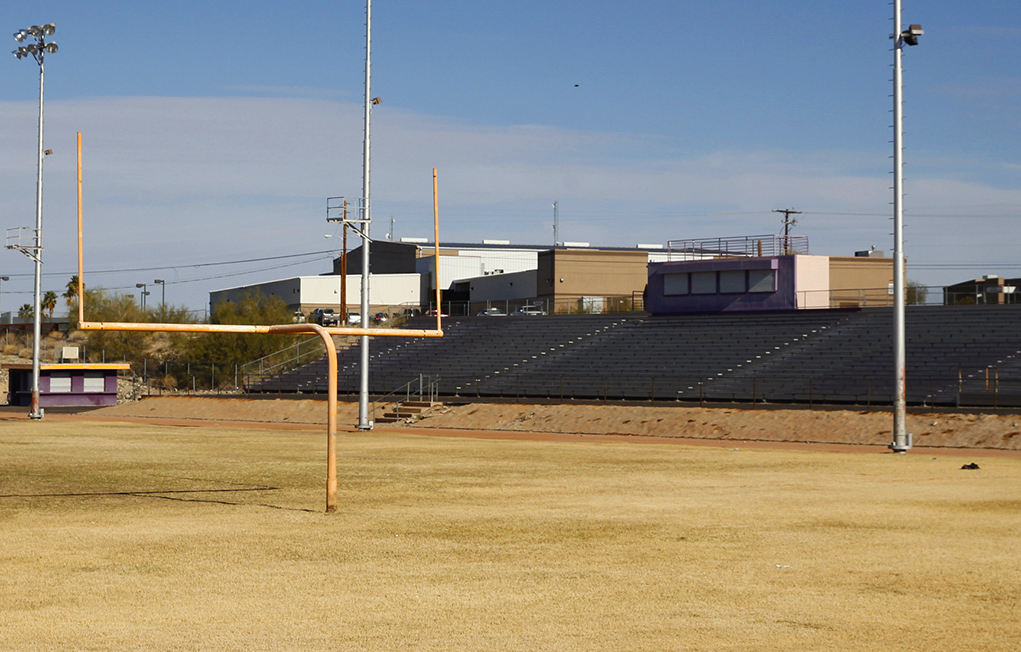 The LHHS football field and bleachers before demolition. Jillian Danielson/RiverScene 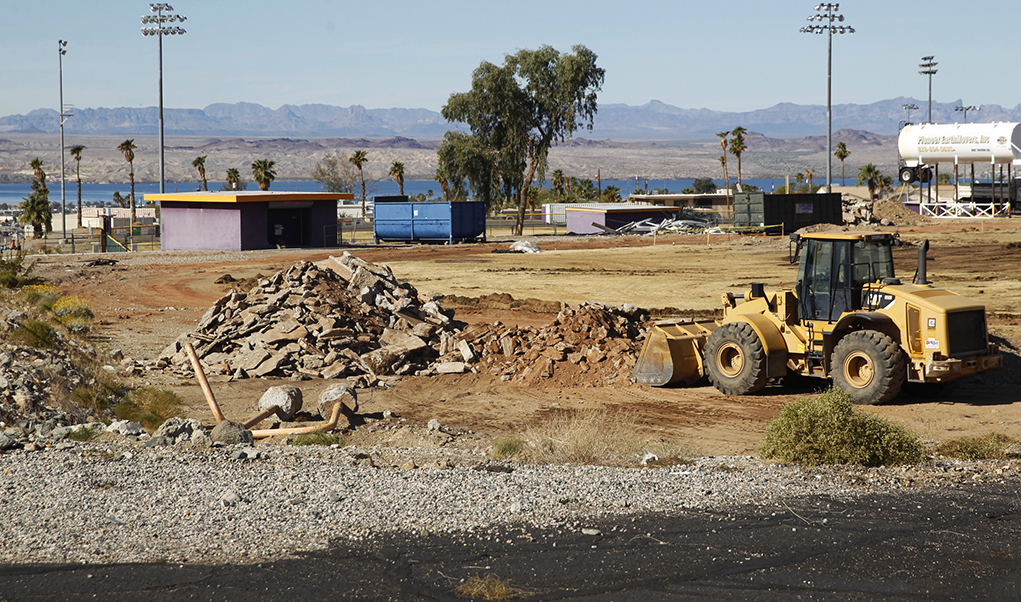 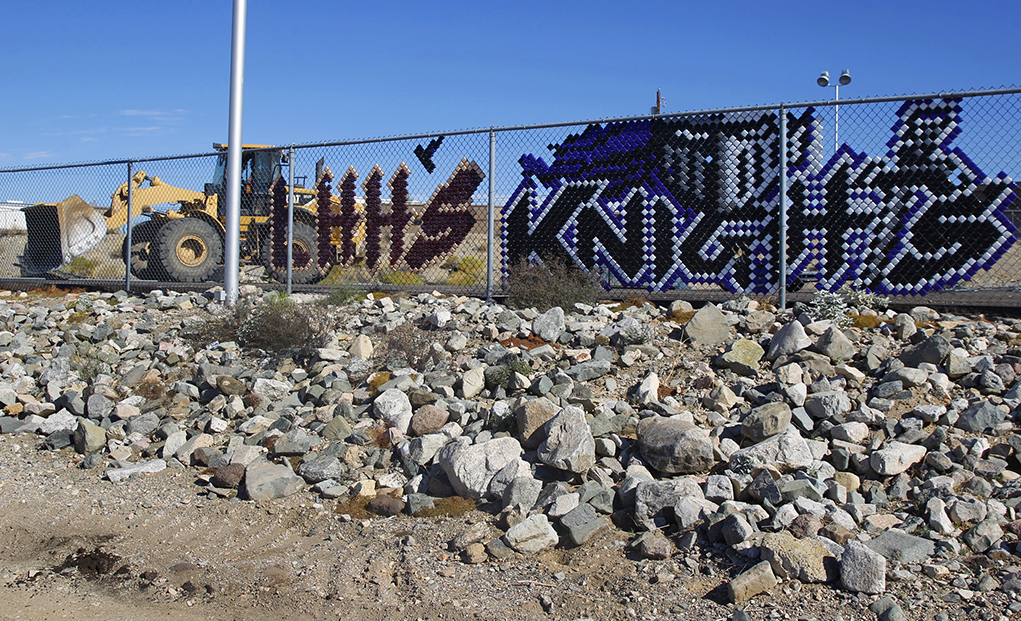 A view of the LHHS Knights logo on the fence before demolition. Jillian Danielson/RiverScene 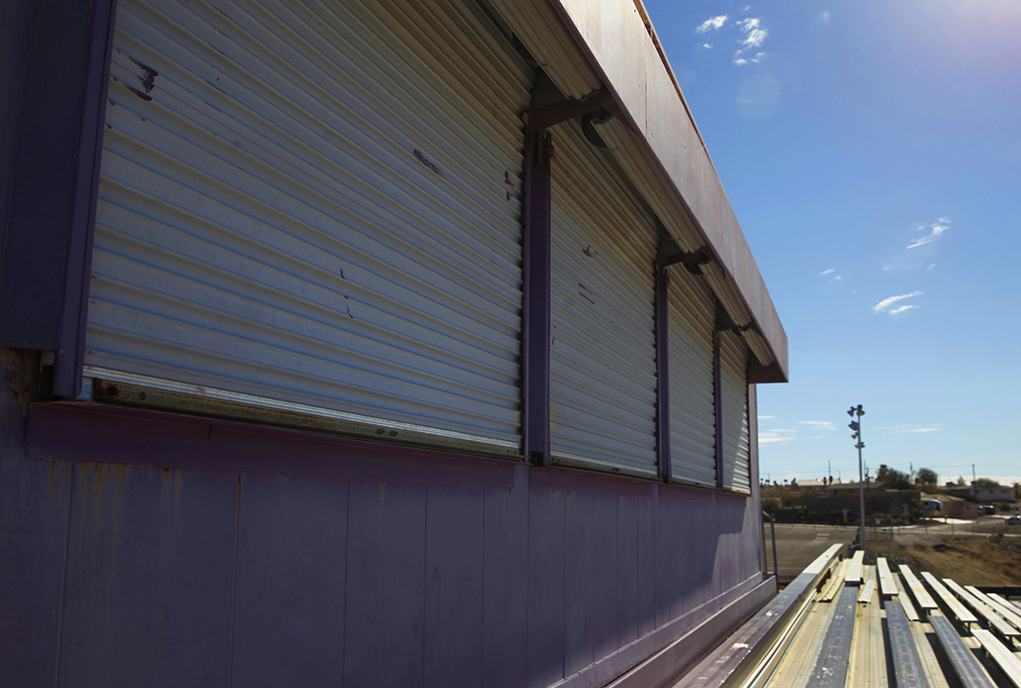 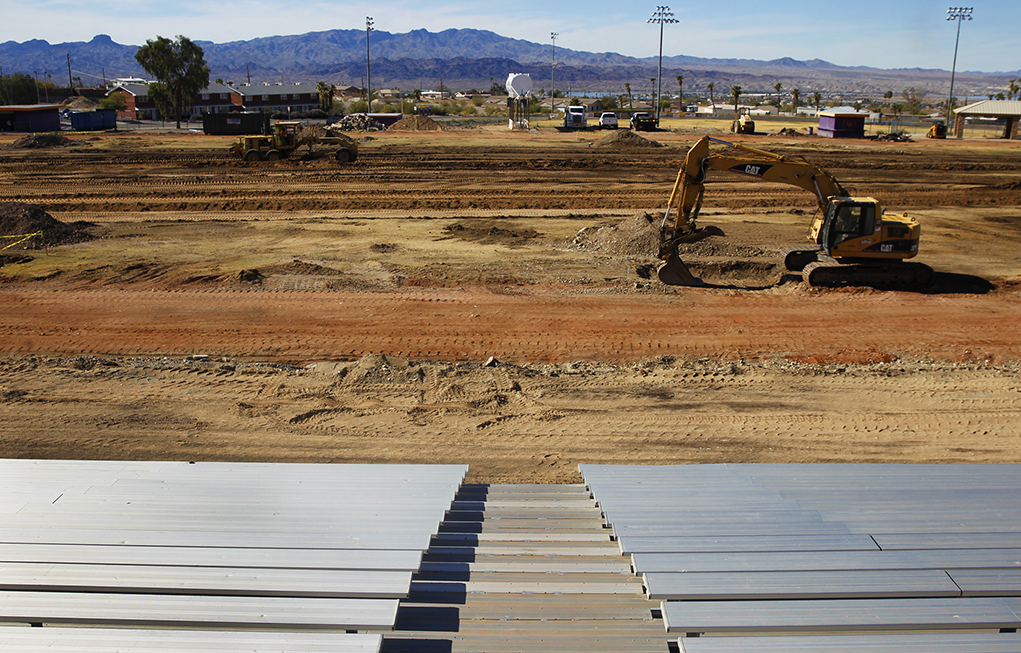 A view of the football field from the press box during demolition. Jillian Danielson/RiverScene 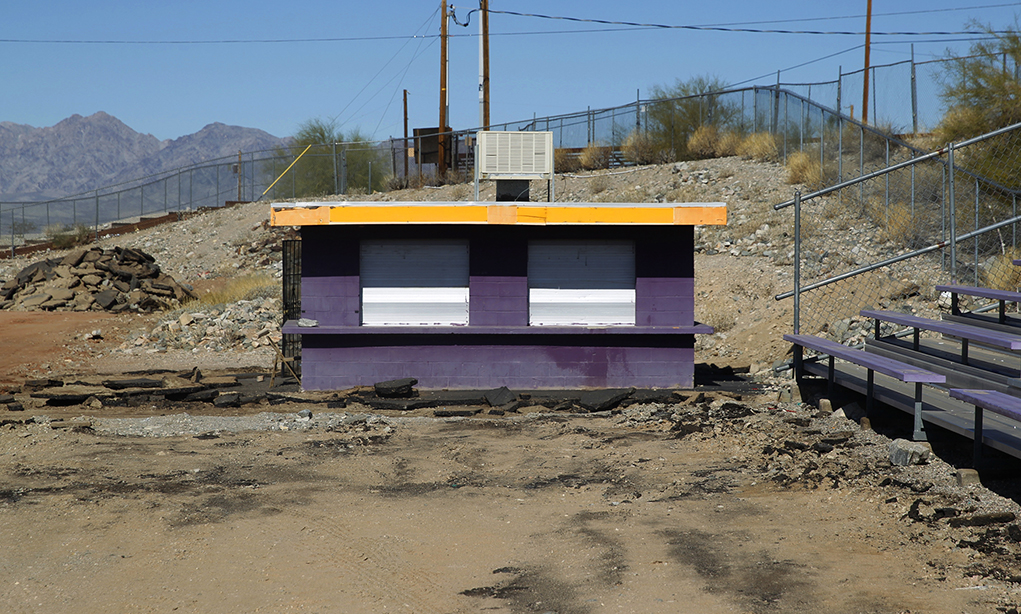 A view of the snack bar at LHHS Lee Barnes Stadium before demolition. Jillian Danielson/RiverScene 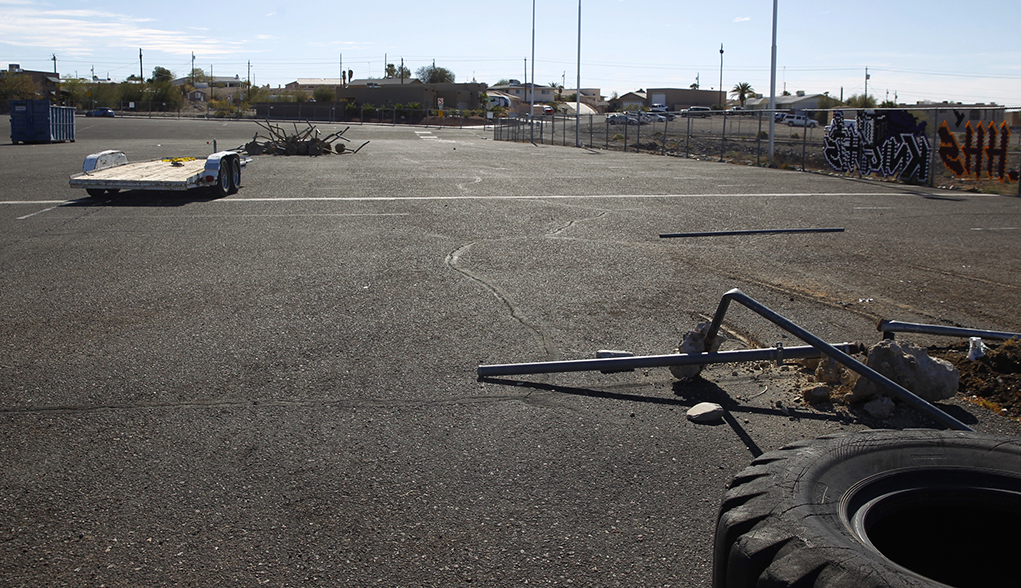 A view of the parking lot before demolition at LHHS Lee Barnes Stadium. Jillian Danielson/RiverScene 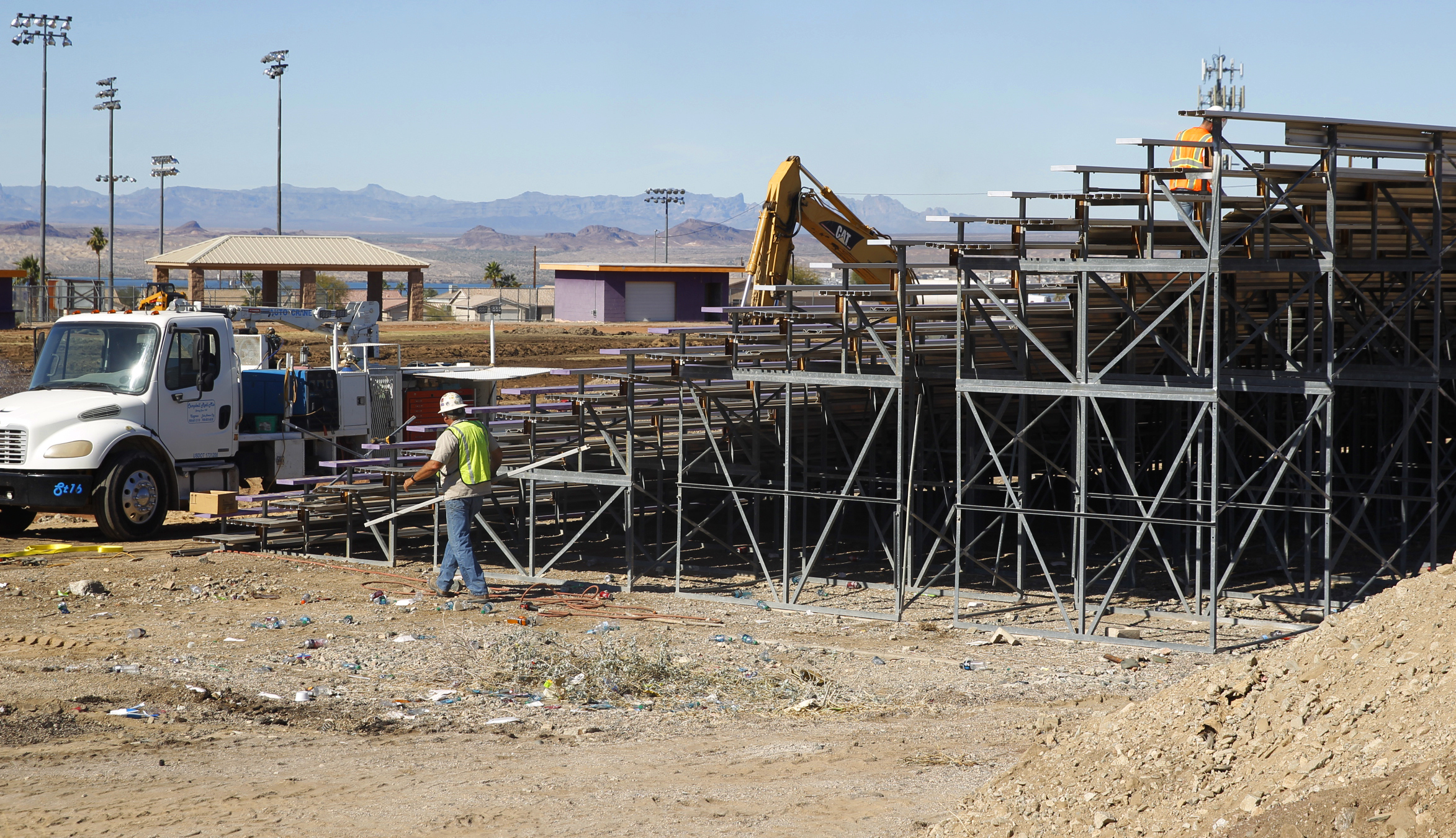 The bleachers that were removed from Lee Barnes Stadium will be installed at SARA Park Rodeo Grounds. Jillian Danielson/RiverScene Workers prepare the area at Lee Barnes Stadium  that will be the new parking lot. Jillian Danielson/RiverScene An area is being prepared at Lee Barnes Stadium on April 2 for the new bathrooms and snack bar. Jillian Danielson/RiverScene 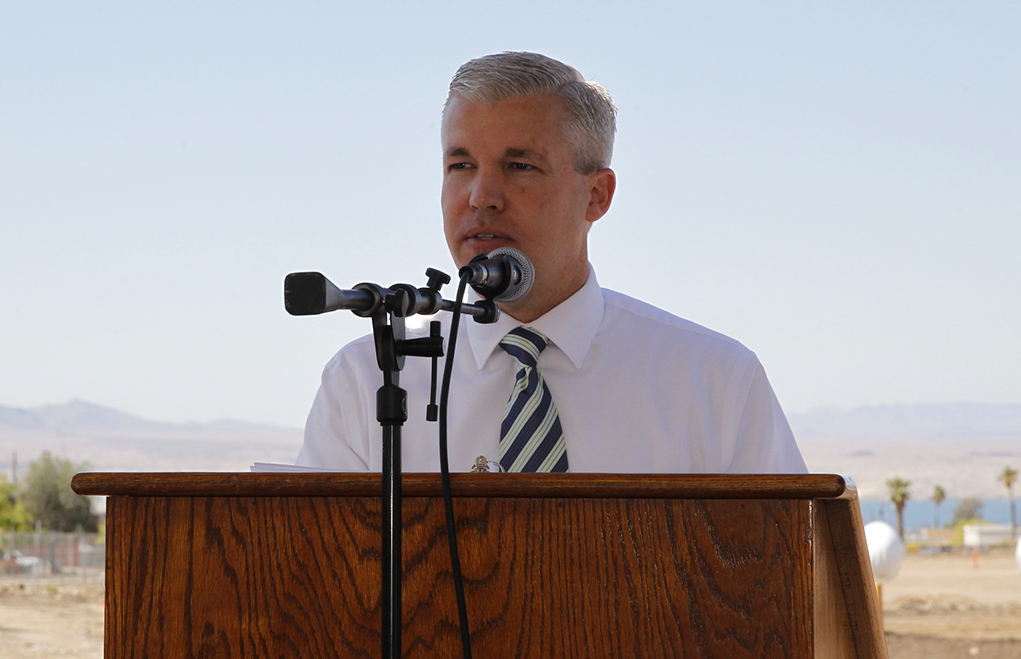