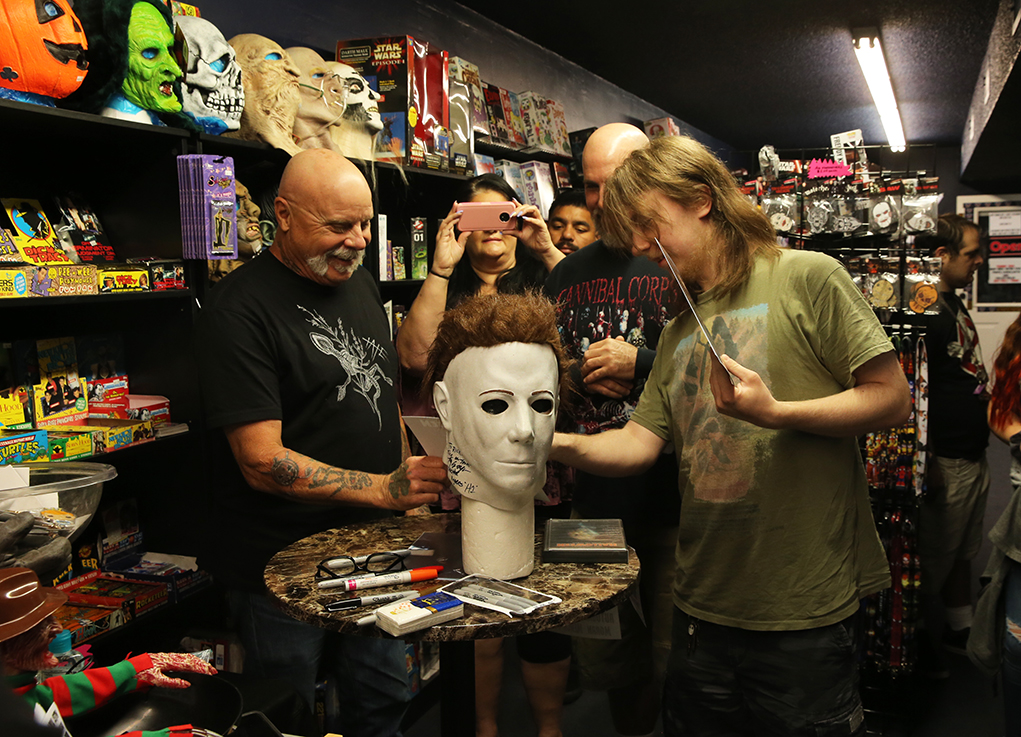 “I found out about this role in an acting workshop,” Moran said. 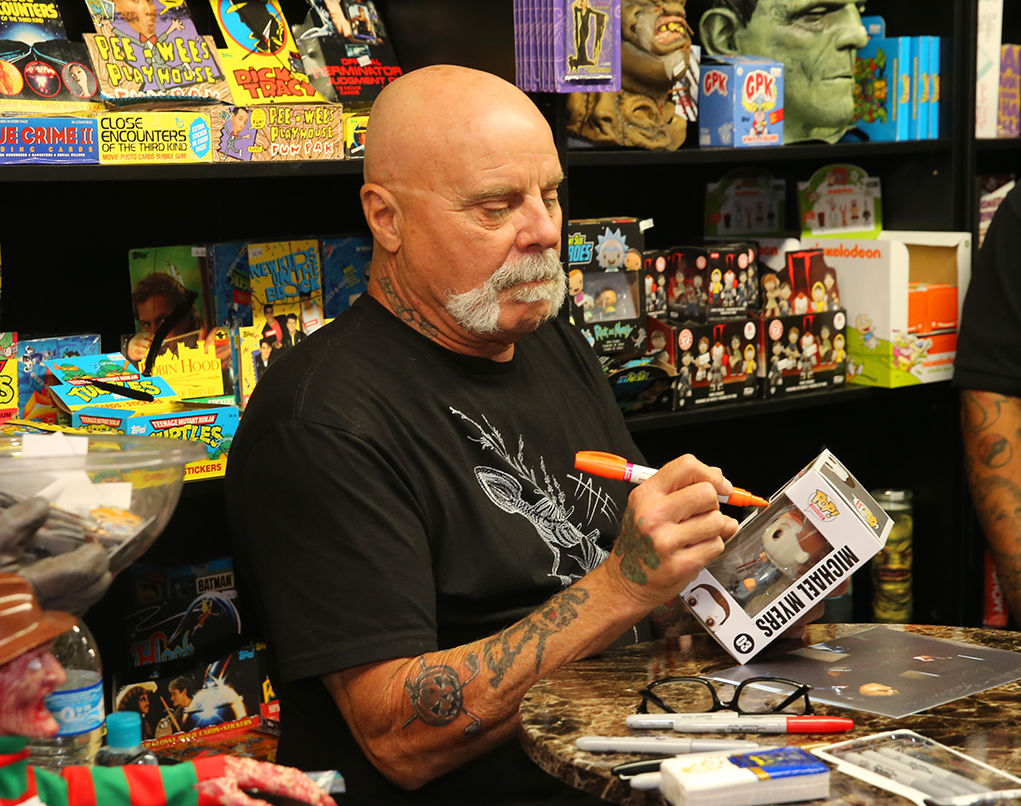 Tony Moran was just an aspiring actor when he was approached by his agent, who told him about a low-budget horror movie called “Halloween”. He was initially reluctant to do the movie because of the stigma attached to horror films.

However, once he heard the famous English actor Donald Pleasance was signed on for the film, he decided to check it out.

“I spoke to the director John Carpenter for about 10 minutes. The next day they told me I had the job.” 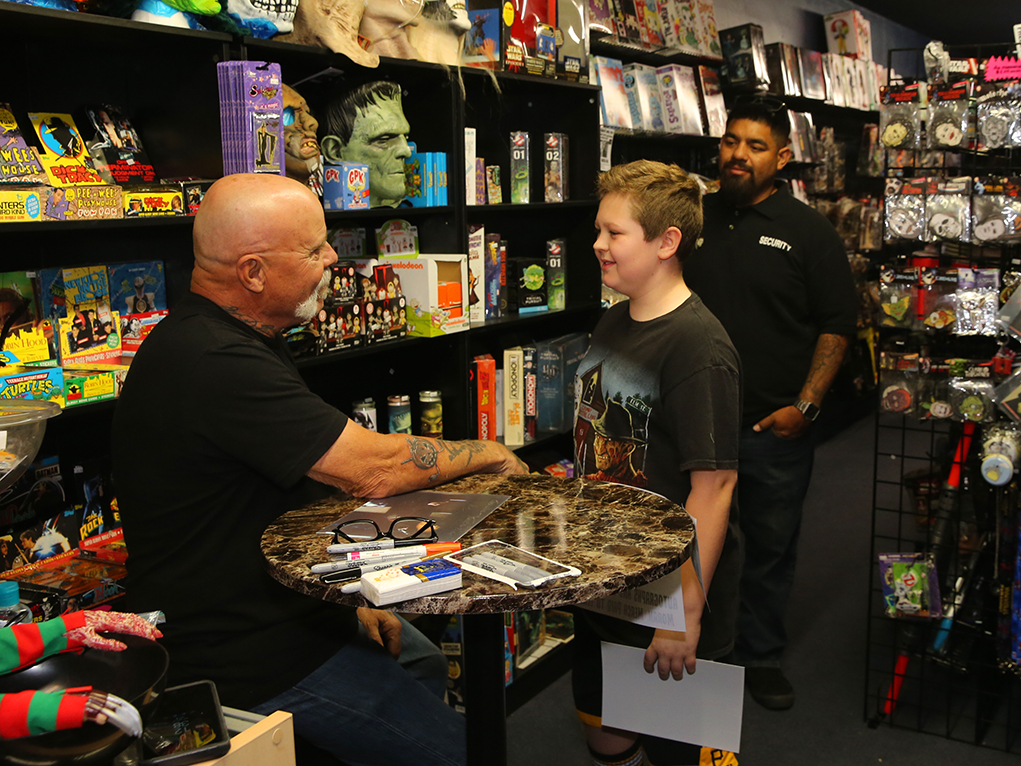 Moran soon became the infamous serial killer Mike Myers in “Halloween”, and he worked with John Carpenter to create the Myers’ characteristic otherworldly walk. He says it was his and Carpenter’s idea for him to be more supernatural, and Moran contributed to the robotic nature of the character. Moran also said that while he had little to no preparation for the character, he used his natural athleticism to fuel Mike Myers.

“The mask was the hardest part. It was all latex, and highly uncomfortable.”

“She was very down-to-earth.”

Surprisingly, the original Michael Myers was in shock of the monumental success of “Halloween”.

“I completely forgot about it after I did it,” Moran said. The classic cult horror film only took off after major critics spoke of its quality. Moran didn’t even attend the “Halloween” premiere, and only truly appreciated the film after he saw it in a normal movie theater with his girlfriend in Los Angeles.

“I saw the billboard for it on Sunset Boulevard in Beverly Hills, and I was shocked.” 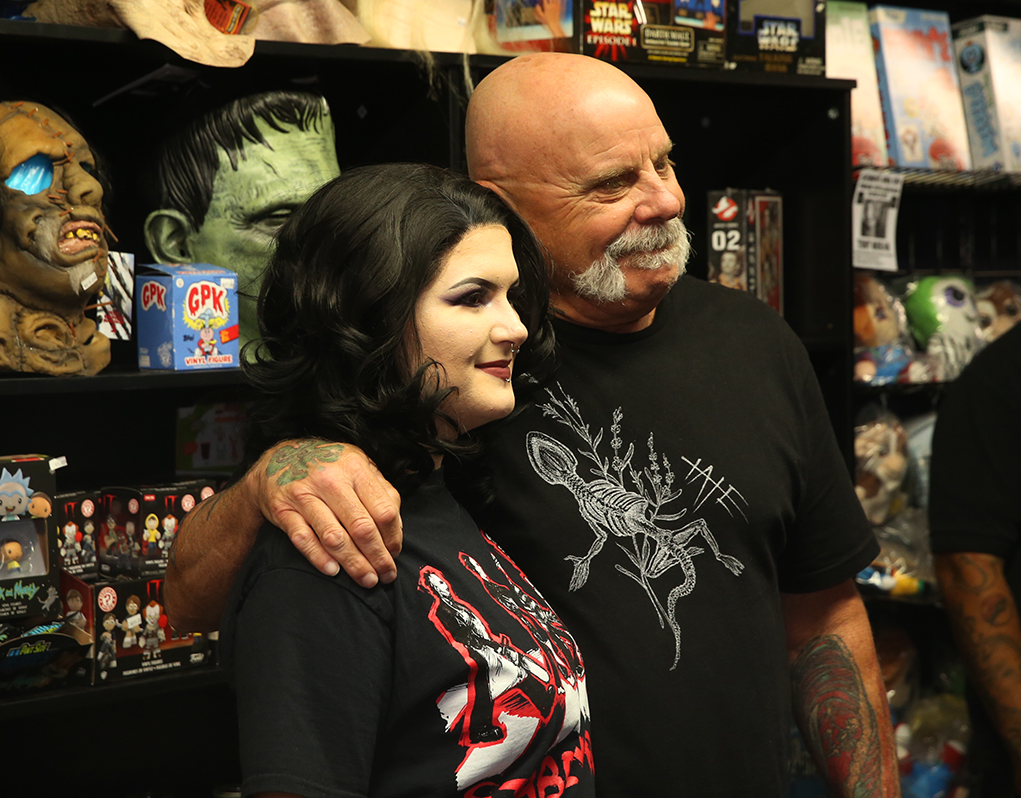 A fan poses for a photo with Tony Moran Saturday. Jillian Danielson/RiverScene

Moran didn’t return for the second “Halloween”. While he was given the option, he decided to opt out of the production. But the producers still gave him the credit for being Mike Myers because they used old footage from his original appearance.

Despite his initial reaction to his role, Moran now says he’s one of the most blessed people on earth because of it. He now appreciates the opportunity he had to be Mike Myers from “Halloween”.

The Man behind the Mask

Originally, from Los Angeles, Calif., Moran was a natural athlete before he got into acting. An avid surfer and a baseball player, Moran was drafted into Los Angeles Angels baseball team from high school. He loves golf and tattoos, and he goes to horror conventions in the U.S. and Europe to talk about his past in “Halloween”.

“I haven’t paid for a single tattoo.”

Moran also got a new tattoo from the Blind Pig, a local tattoo artist in town. He loves tattoos and frequently collects them from tattoo artists at or around the horror conventions he does. This was Tony’s first time in Lake Havasu City, and he felt very much at home here.

Owners of Terror Toys Matt and Cherice Ferree, hosted Moran for the special horror event. They were ecstatic to have “Halloween” fans in their shop, but they also found it stressful to deal with so many excited people. Regardless, the husband and wife owners are happy to create such opportunities for the community. 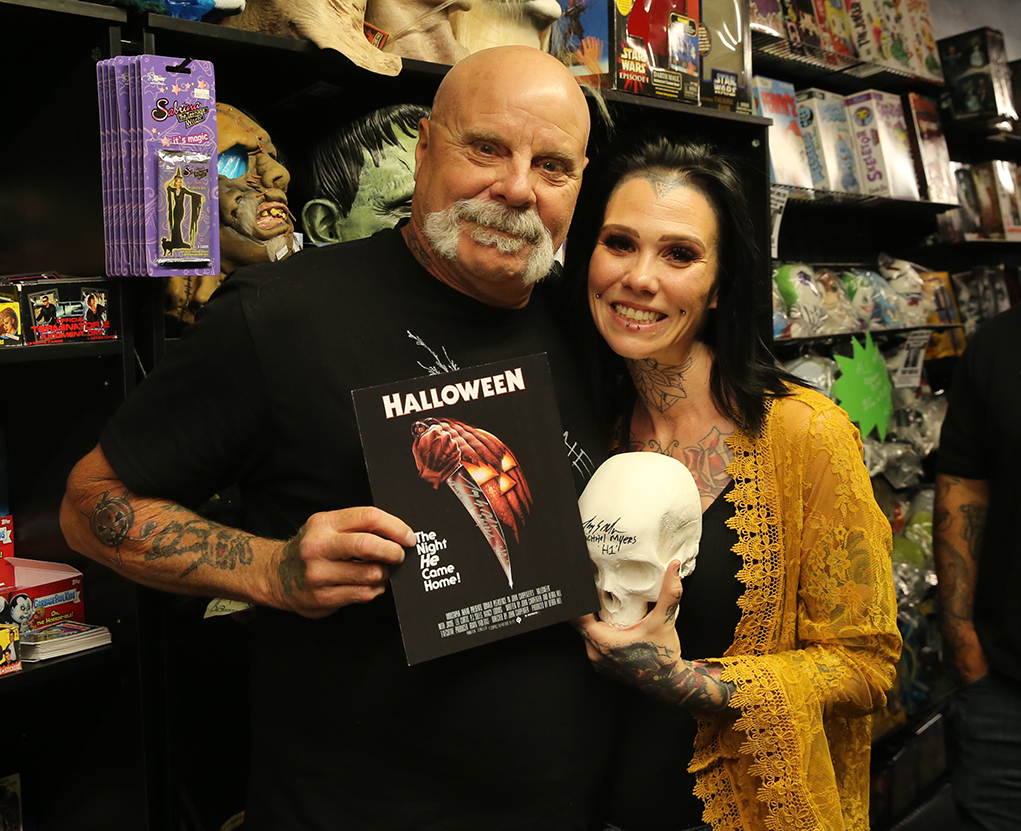 One Response to “Halloween Comes Early To Havasu”