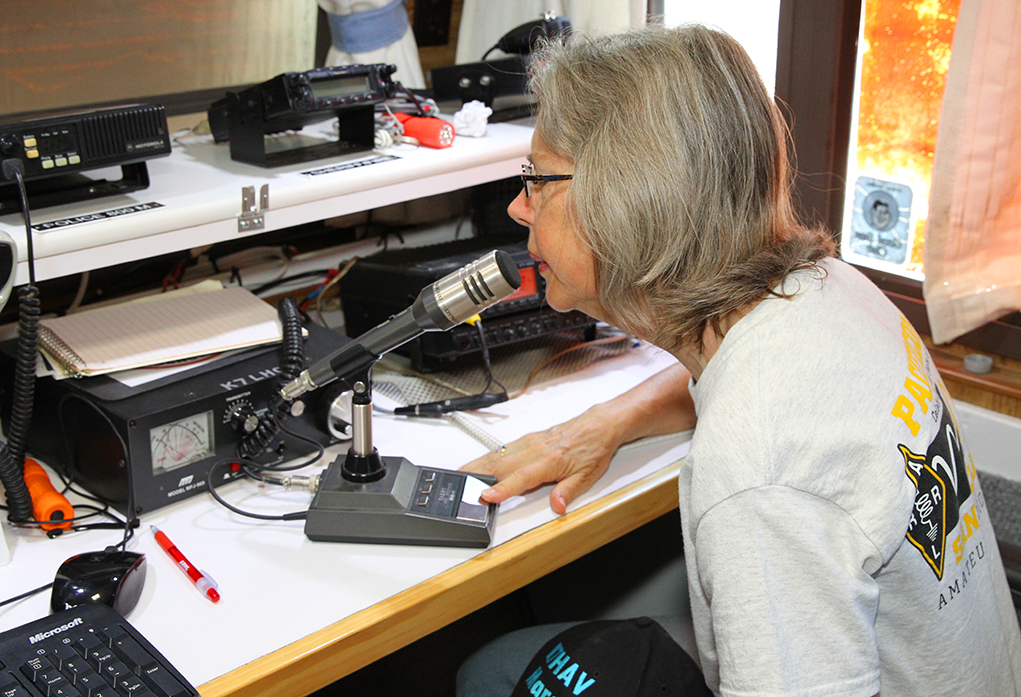 At 11 a.m. Saturday, the London Bridge Amateur Radio Association’s marked the beginning of preparations for participation in a 24-hour Field Day. Members of the club took turns in the club’s 23-foot trailer set up as a command post at Havasu Fire Station No. 2 on Kiowa Boulevard to communicate with other ham operators throughout the U.S. and Canada. The Field Day is sponsored by the national organization, the American Radio Relay League (ARRL), the largest membership association of amateur radio enthusiasts in the U.S.

Havasu’s LBARA is a member of the Amateur Radio Emergency Service® (ARES), which consists of licensed amateurs who have voluntarily registered their qualifications and equipment, with their local ARES leadership, for communications duty in the public service when disaster strikes.

Field Days take place so that amateur radio operators can work as many stations as possible on any and all amateur bands (excluding the 60, 30, 17, and 12- meter bands), and in doing so learn to operate in abnormal situations in less than optimal conditions. 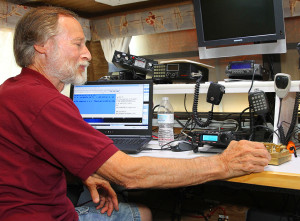 Although this Field Day involved communicating just within the U.S. and Canada, Tom Hutter, Vice President of LBARA, said other Field Days involve testing communications around the world. The Field Days are a means of testing ham operators’ equipment for their effectiveness in communicating with other nearby areas. This is important for maintaining their capability to step in and provide emergency services when other communication methods fail in disasters.

“If an area is ever hit with a ‘dirty bomb’ that is capable of wiping out all normal communications,” Hutter explained, “ amateur radio operators are able to step in and set up emergency communications. So we have to constantly test our systems.

“When Katrina hit,” said Hutter, “ham operators under ARES were some of the first to arrive on the scene to start emergency broadcasting. Often in emergencies,” he continued, “cell phones and 911 systems get overloaded and fail, and that’s where we can help.”

The LBARA has a partnership with the Havasu Fire Department, and also has an agreement with Lake Havasu Police Department to share equipment in cases of emergency. The Havasu and Kingman radio clubs have worked together to build a system to enable them to talk among three cities and surrounding areas, including Blythe. They have a 5,700-foot antenna and a repeater on Spirit Mountain Peak. They also have an agreement with San Bernardino County in California to share its systems.

“Today’s event is focused on seeing how many other HAM operators in the U.S. and Canada we are able to communicate with,” Hutter explained, “to prove our effectiveness in communicating in the event of a national disaster. The event ends at 1:59 p.m. Sunday.” 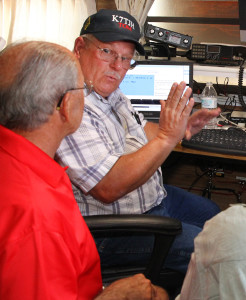 “Sonny and the mayor are big supporters,”Hutter said. “We gave them a demonstration today on the system.”

“We all have good intentions and want to be able to help other operators in any way we can,” Hutter said of the local club. “We’re just average citizens.”

Hutter is a retired firefighter, with 32 years on the Havasu fire department and 12 years in New York before that. He retired on Dec. 30, 2010. He is modest about what ham operators do. “We’re another tool in the belt to help restore normal communications in the case of emergency. We are entirely funded by ham operators and do not receive any government funding.”

In addition to the Field Days, Hutter said all Ham operators in Arizona verify their communications systems every Sunday morning. 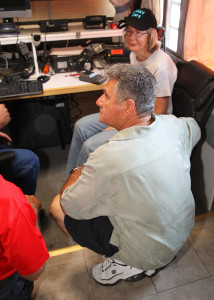 “It’s a quick thing,” he said. “We just establish who we reached and where they are, hang up, and try to reach someone else.”

Hutter estimates there are as many as 350 ham operators in Lake Havasu, and he invites them to join their club. LBARA, with about 60 members, meets at 7 p.m. on the third Thursday of every month except for June, July and August. The club’s FCC call letters are K7LHC. They meet at the Lake Havasu Yacht Club at 631 London Bridge Road. LBARA president is Jerry France. Their website is www.lbara.org.