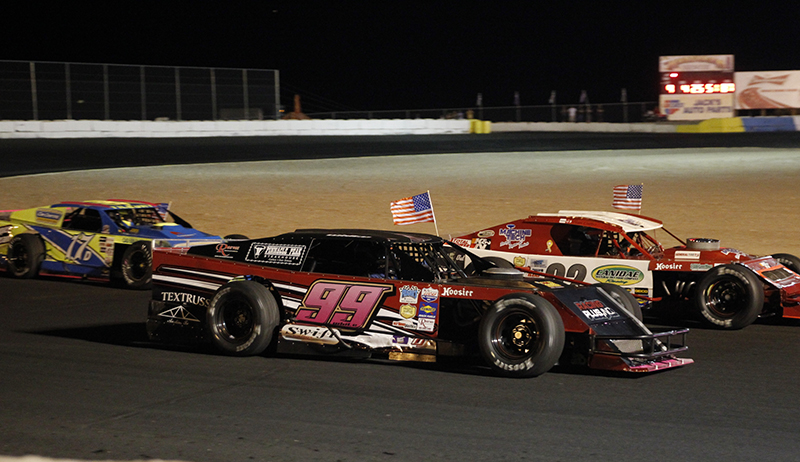 Havasu 95 Speedway hosted Lucas Oil Modifieds along with the Get It In Gear Street Stocks, the Havasu Wiring Outlaw Karts and the Sam Nichols Electrical Factory Stock race Saturday night.

The races were spectacular as the racers showed strong levels of competition throughout the events.

The Get It In Gear Street Stock race was tightly contested, leaving spectators on the edge of their seats. As the race came to a close,  No. 11 Tyler Savage secured the win for himself as well as his team. 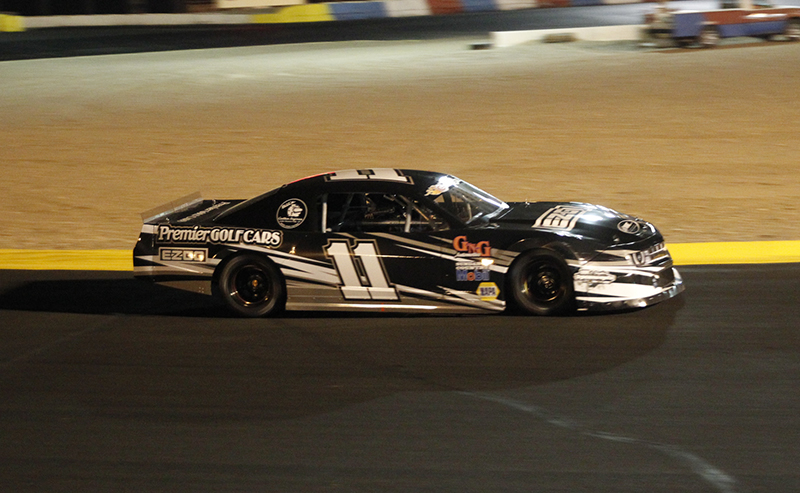 Tyler Savage, No. 11, heads towards the finish line. Jillian Danielson/RiverScene

The Street Stock race was fairly clean as not many racers came close to causing damage to one another. After Savage had been congratulated for his victory, he thanked his wife, fans, family and sponsors for their support for all of his accomplishments.

Following Savage’s remarks, the track was cleared and prepared for the main event of the night: The Lucas Oil Modifieds. The race had 100 laps that only one driver would conquer.

When the race started,  No. T4 Jason Irwin took control with No. 9I Taylor Miinch and No. 25 Larry Gerchman tailing not far behind. After a few spin outs and clashes between drivers, Miinch squeezed through to claim the lead, causing Gerchman to overtake Erwin for second.

Once the laps began getting into the 60s, there were crashes and cars spinning one another out left and right. Near the end of the race, a crash caused by Gerchman forced him and Irwin to fall to the end of the line.

Throughout the back half of the race, #No. 5a David Arce had constant problems with his car and he pulled off to have it checked routinely. The duo of 11s – Dylan Cappello (11M) and Eric Hamilton (11H) – were involved in multiple incidents leaving their vehicles skidding toward a wall or another car. 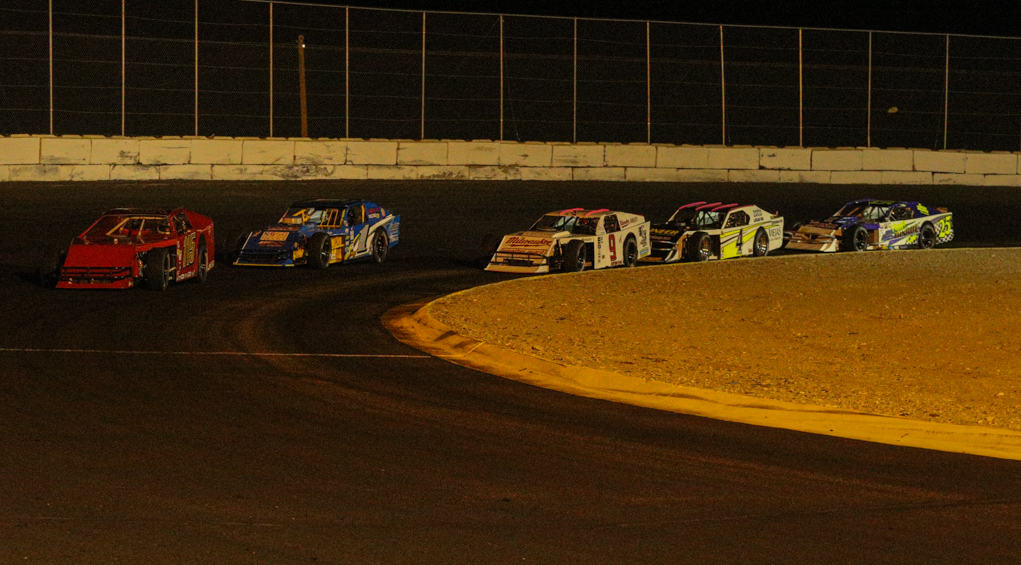 When the final lap was completed and the smoke cleared, Miinch won the race with  No. 51 Jim Mardis, and No. 24 Scott Winters following behind to close out the race.

Taylor Miinch was swarmed with the media as he explained how he felt good now being a top-four finisher for a season and a half.

The race evening finished with a fireworks display that lit up Havasu’s night sky. 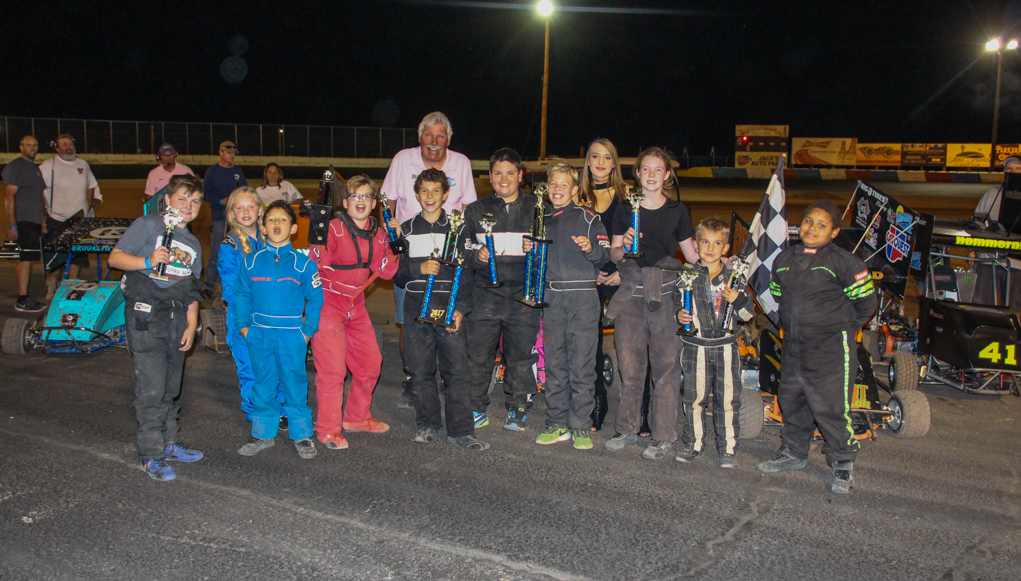