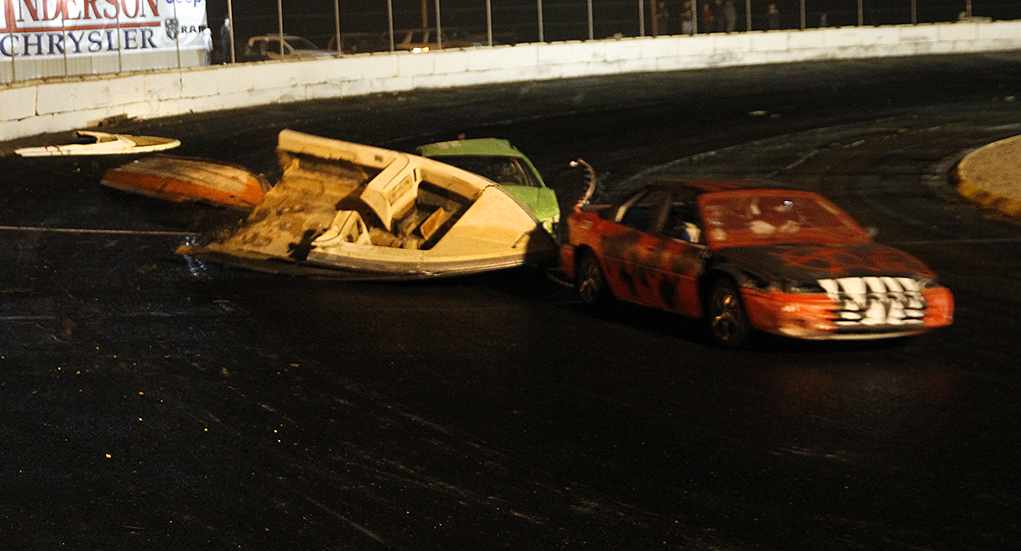 Havasu 95 Speedway jump started the year with the first race of 2018 Saturday night.

The sold-out evening was packed with events, beginning with qualifying races for the nights main attractions. 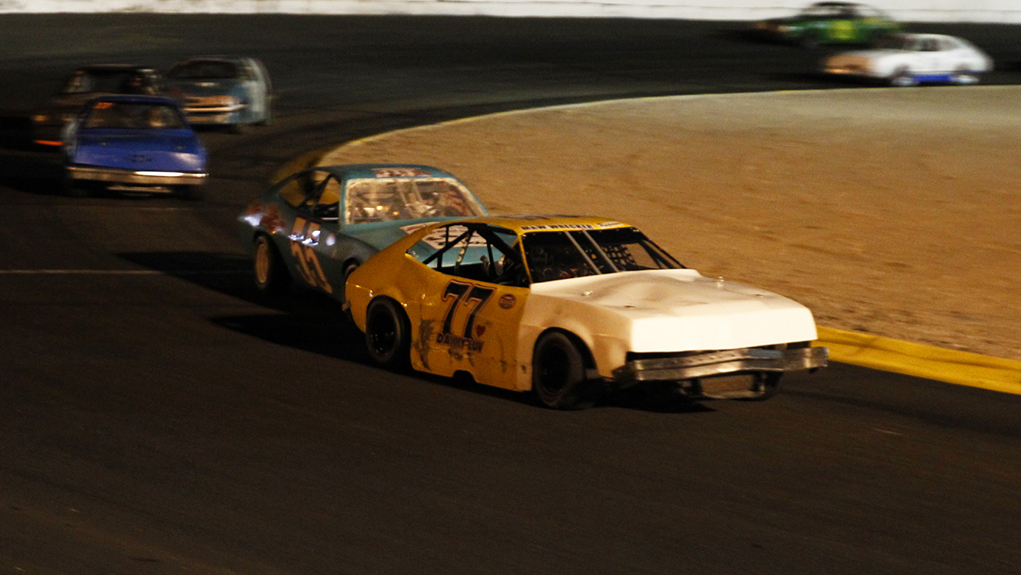 In the next race, the factory stock vehicles sped around the track 20 times. In the end, number 99, Chris Blackwell came out on top.

The third event featured 50 laps. With two delays where the track had to be swept clean of debris, racer 55, Jagger Jones, managed to hold the lead throughout the race.

The much-anticipated waterless boat race rounded out the evening. 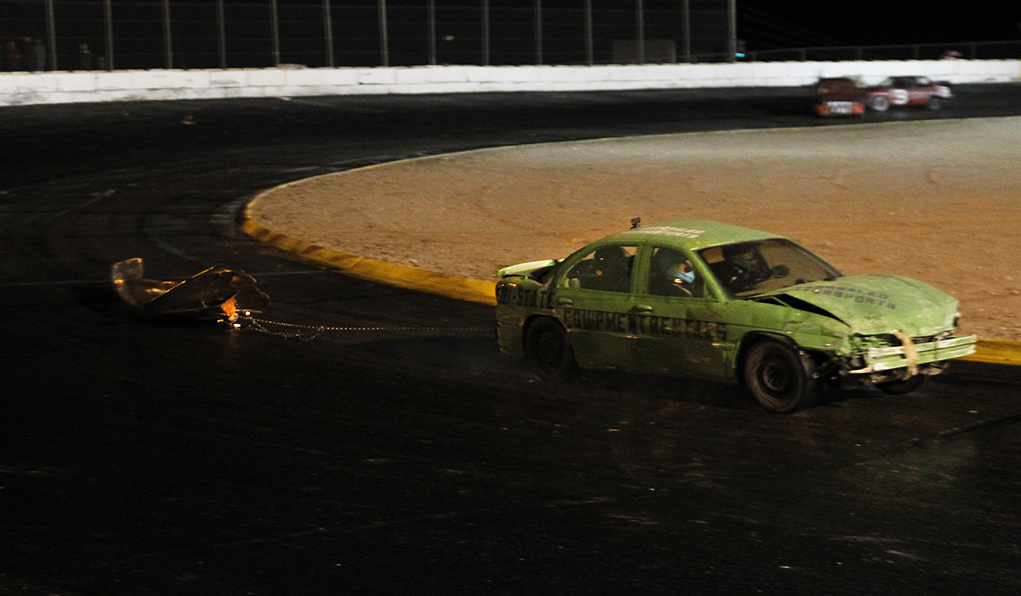 The fast-paced event was destructive, sending pieces of fiberglass propelling through the air.

Steven and Jen Mote, along with Chris Watts, came out victorious in their beat up green race car with only a small piece of the boat still hanging on behind.

As a last farewell, the crowd was sent home with a bang as the Round Eyes firework show lit up the night. 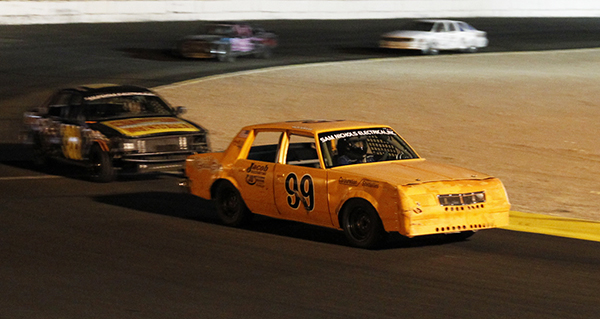 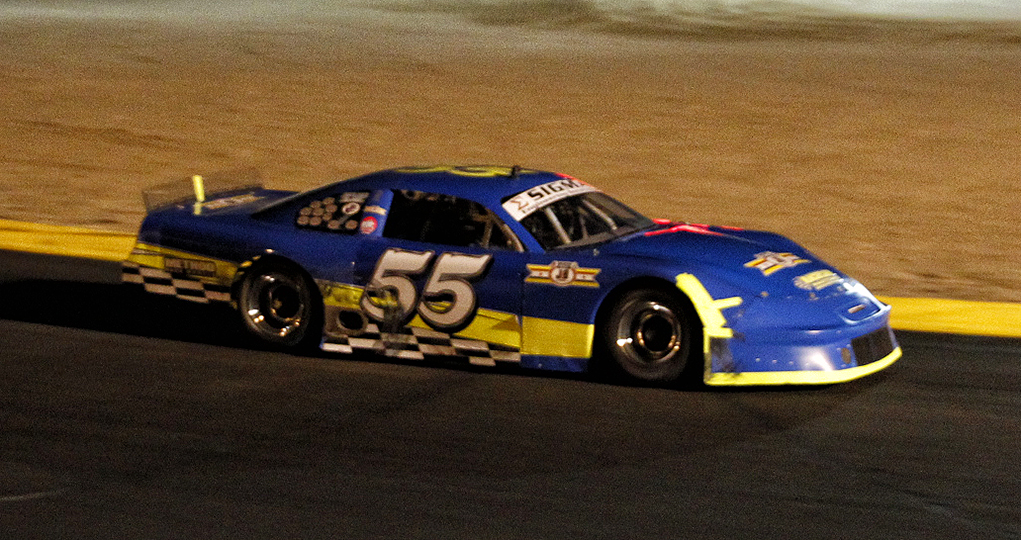 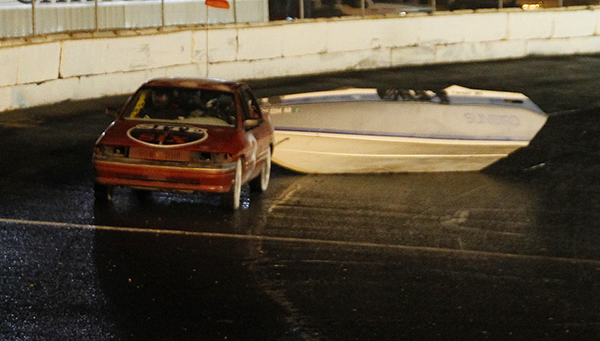 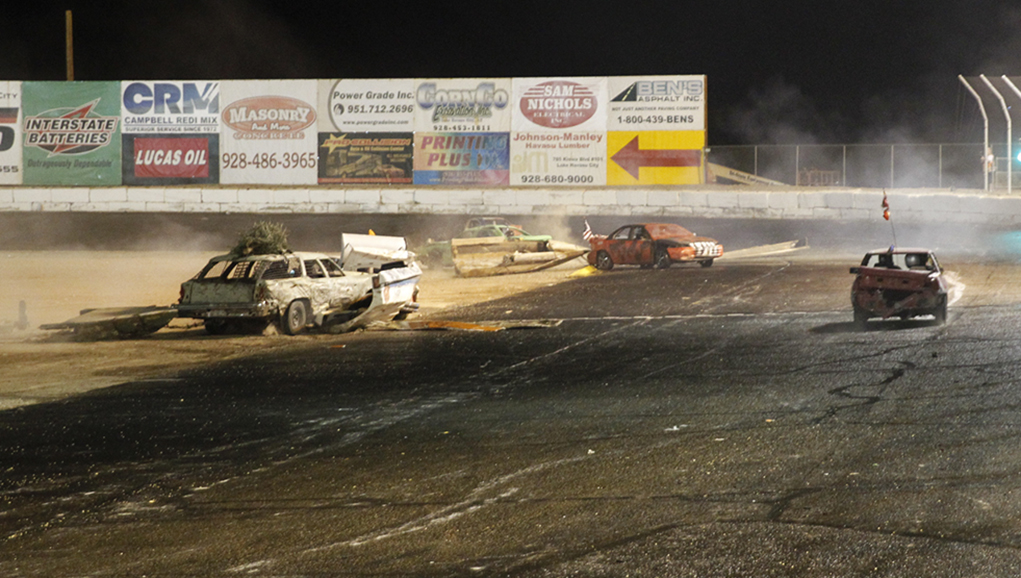