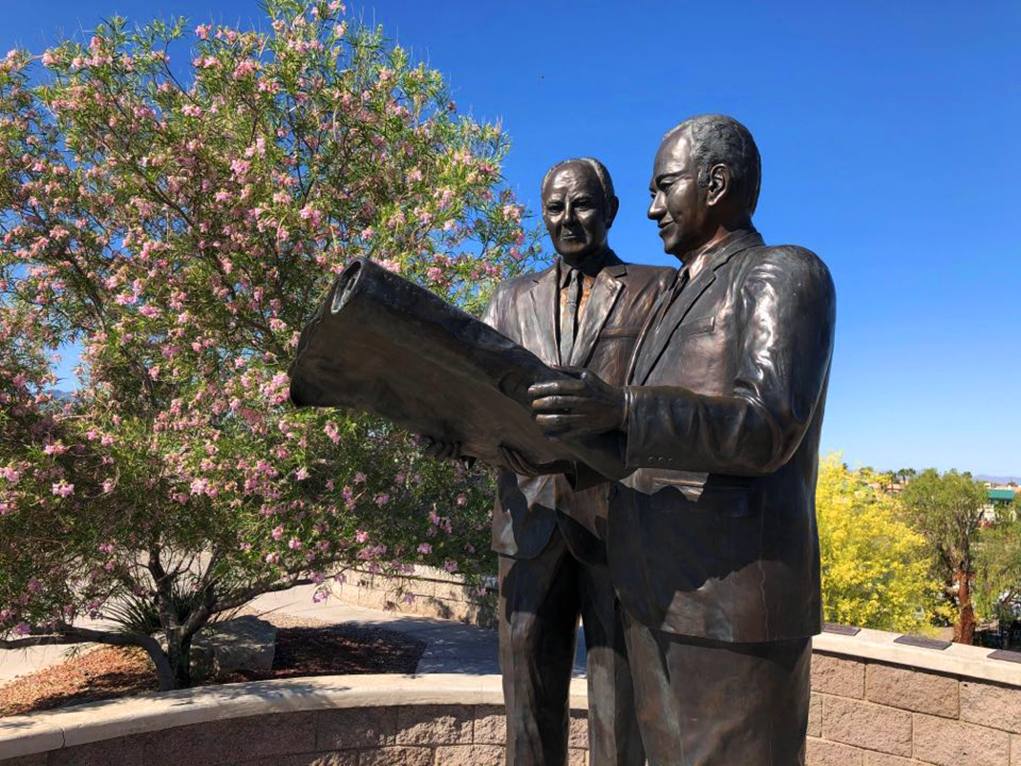 Perhaps not by name, but it is hard to miss her work adorning the entrance to the London Bridge. A bronze statue of Robert McCulloch and C.V. Wood stands perched before the bridge welcoming vehicles and pedestrians alike as the subjects stare intently at a set of construction plans.

Hunt is a long-time resident of Lake Havasu who, like many, made the transition here with her daughter, Cindy Aldridge. “I moved to Lake Havasu 30 years ago when my daughter moved her business out here. She is my only daughter along with my only granddaughter, so there was no reason to live anywhere else.” 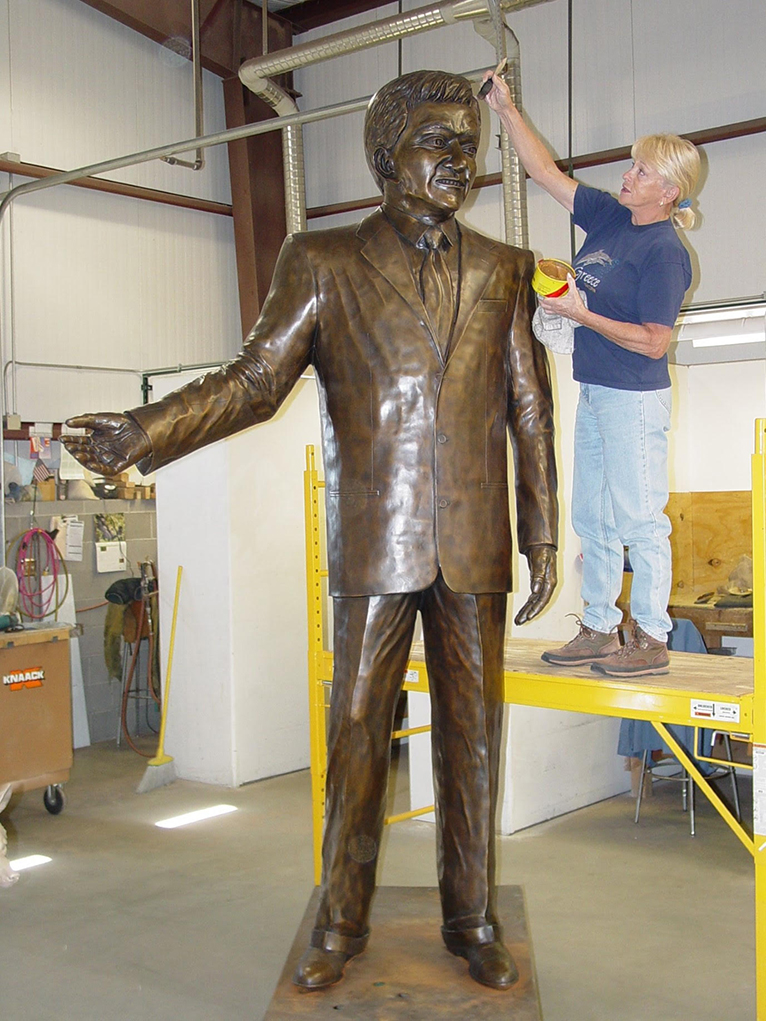 Hunt’s story is that of a creative soul that started in her youth. “My mother stated that when the other children were making mud pies, I was making castles. So, I’ve always had a desire to make something more beautiful,” Hunt said. With adept skills utilizing various mediums Hunt said, “I started sewing, macramé, candle making, painting, ceramics, porcelain, designing jewelry, bronze and that is just to name a few.”

With such a varied skill set over multiple mediums, Hunt began to progress artistically to bronze. “I loved porcelain work, but it was too fragile to move so I switched to bronze. To make something in ceramic, porcelain, or bronze you must start with clay, and each medium takes a different type of clay. When you take a handful of clay and turn it into something, it is very rewarding.”

Hunt’s story speaks to others who are born with a gift but may set limits upon themselves. “As far as my advice, don’t say you can’t do it until you try. I was 62 years old when I did my first lifetime bronze of Mr. McCulloch and Mr. Wood.”

This advice was put to the test when she was approached by Linda Binder, Jay Scavuzzo and Jim Spezzano to commission the statue of McCulloch and Wood. It was decidedly a new adventure for Hunt as she considered their offer. “I first said no, not because I thought I couldn’t do it but because I thought I didn’t want to take on such a large project. But I was convinced that I should do it and I am so glad that I did.” 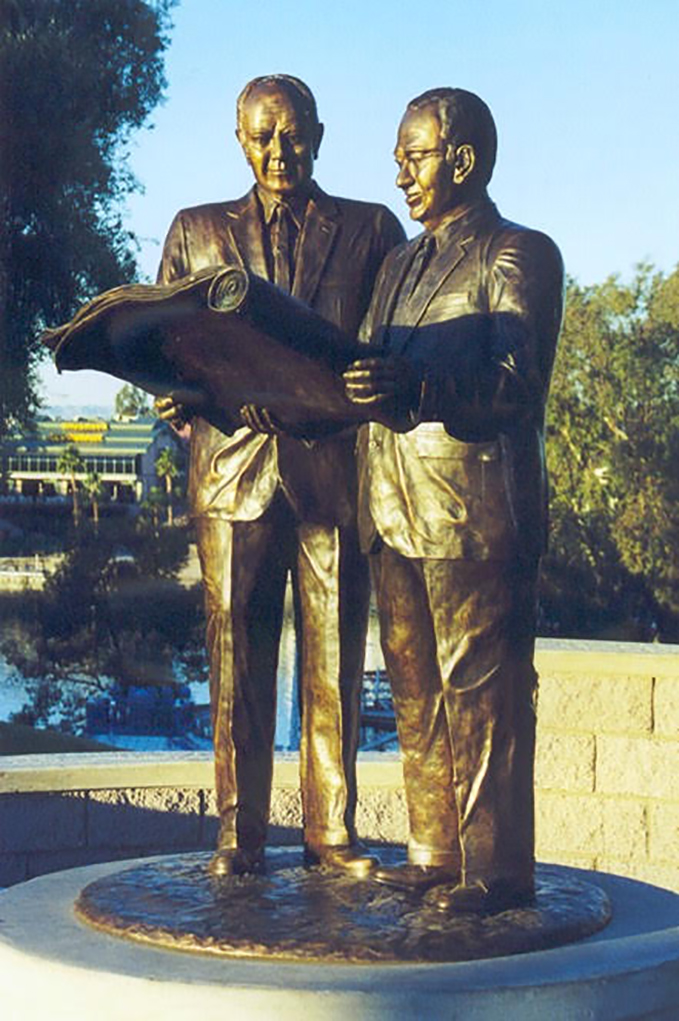 Statue of Robert P. McCulloch and C.V. Wood which is located near the London Bridge in Lake Havasu City. photo courtesy Lou Hunt

Hunt typically works and creates for her own interests. “I have never displayed my work anywhere. I make my work for my own pleasure and if it sells, that’s great but I really make it for me.”

Creating with such fever keeps Hunt busy on a daily basis. “I am the type of person that wants to be productive daily. I have approximately 60 paintings on my wall. I have porcelain pieces, I have ceramic pieces, I have bronze pieces, and I have a lot of jewelry.”

Hunt continues to produce commissioned art as she has recently been approached for another project. “I have been commissioned by Michael McCulloch to do a small statue of his dad, Richie McCulloch. It will be a companion piece for the small statue I did of his grandfather, Robert McCulloch.”