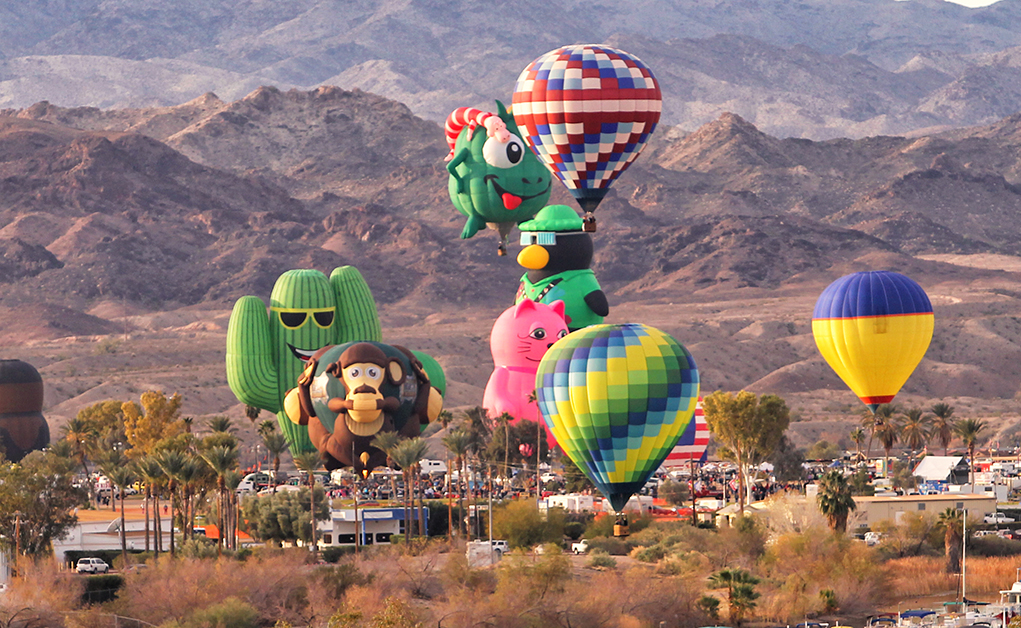 The 8th annual Havasu Balloon Festival and Fair will be floating into the skies in January. The festival is part flight and part fair with fun for the whole family.

There are two kinds of balloons at every hot air balloon festival. The first are sport balloons which are the traditional oval balloons with fun designs and some with familiar business names. The other category is shape balloons. This year, Balloonfest announced the arrival of five new designs coming from around the world.

Many of the shape balloons were debuted at the Albuquerque International Balloon Fiesta of Albuquerque, N. M. The other half are brand new.

The new shapes include: 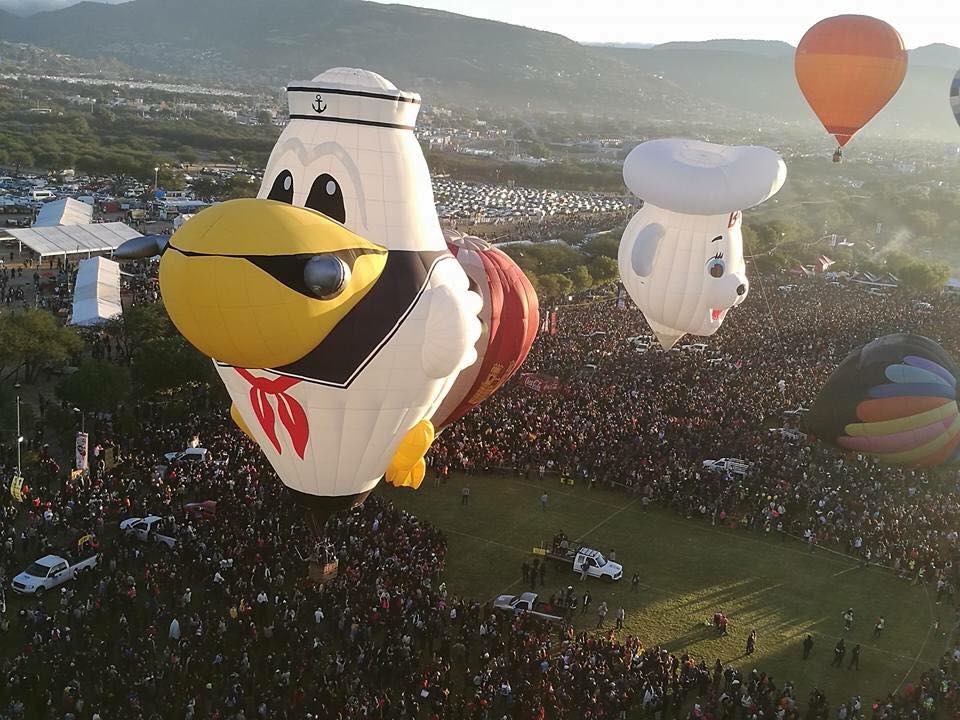 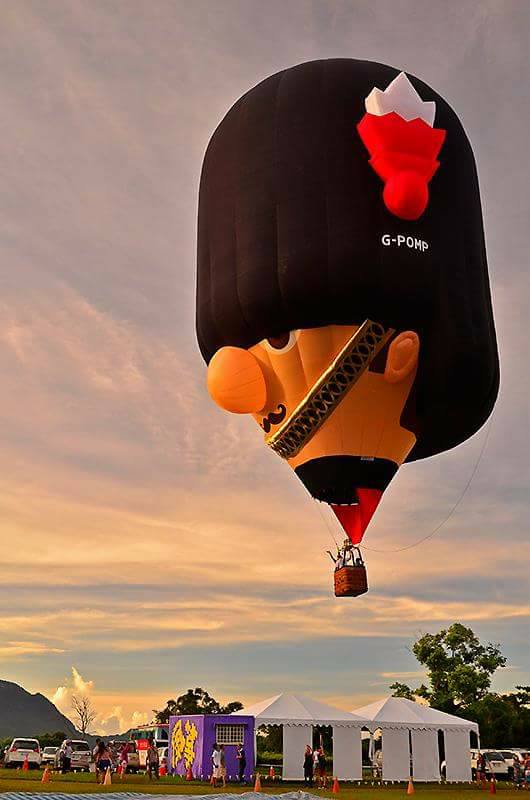 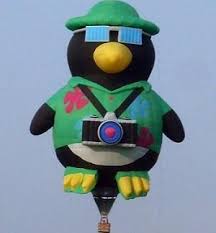 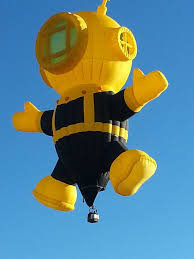 All of the sport style balloons are returning guests of the Balloon Festival.

“As one of the largest hot air balloon festivals of Arizona, there will be 65 balloons at the event” shared Flight Operations Manager, Cheryl Maclean. “We also have a new location to make the event more centralized and make parking easier.”

Traditionally at the Nautical golf course on the island, the event will move to Windsor 4 on London Bridge Road in January. 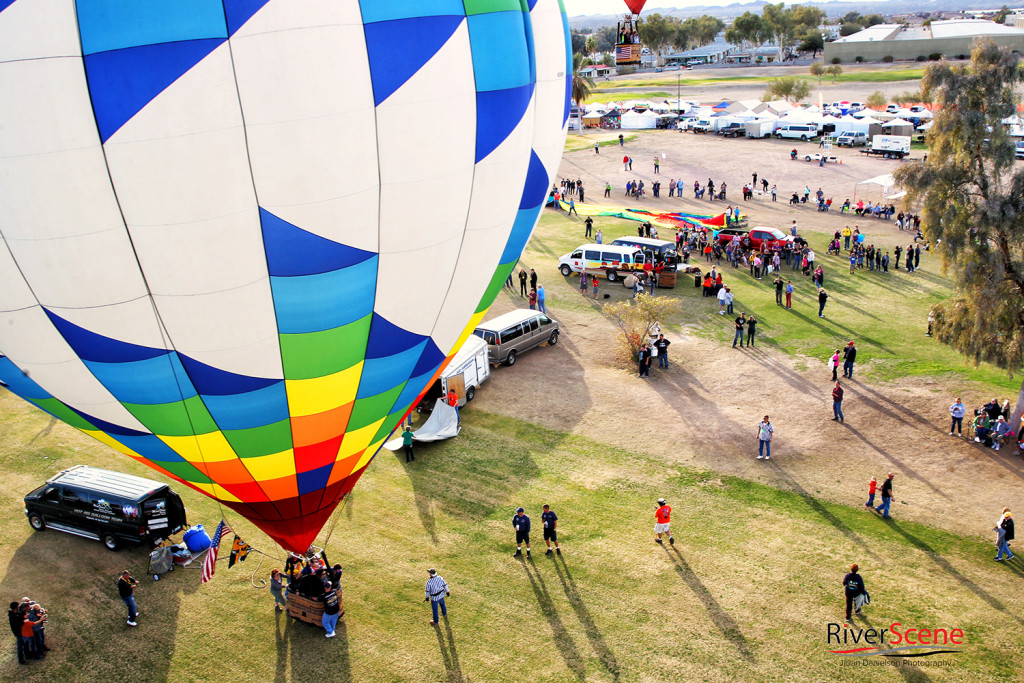 A view from a hot air balloon over the Havasu Balloon Fest. Jillian Danielson/RiverScene

Balloons splash and dash in front of the London Bridge during the Havasu Balloon Fest. Jillian Danielson/RiverScene