Havasu BMX Rider One Of Eight To Compete In X Games 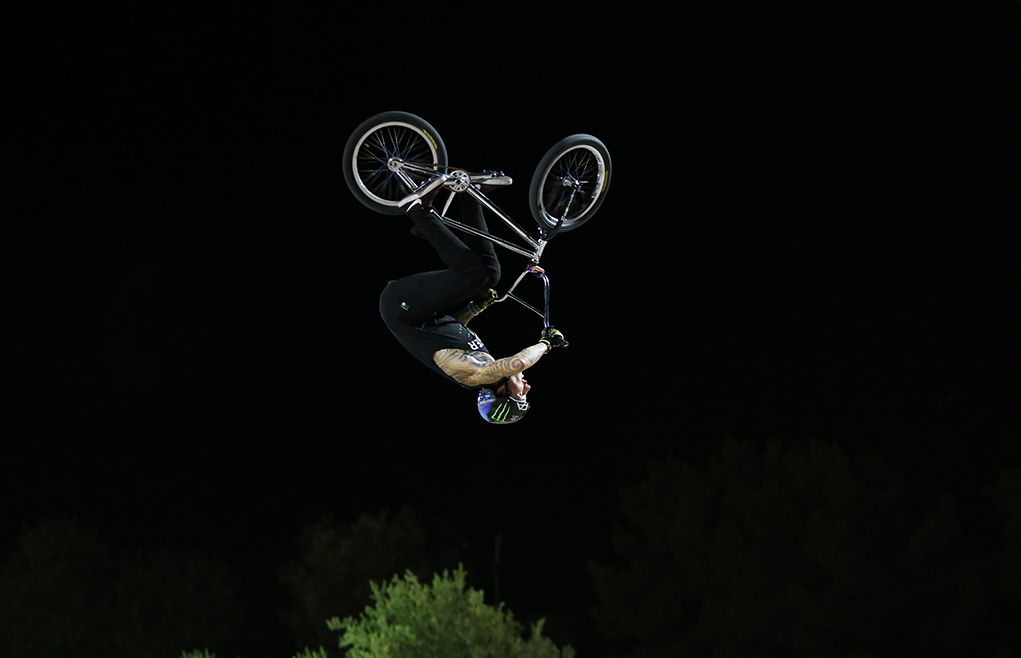 If living the dream means spending the days riding a bicycle in paradise and using those skills to travel the world, then Jeremy Malott has it made.

Malott, a professional BMX athlete, visited Lake Havasu City when he was 16.

“I actually did a tour stop when the skate park opened here in Havasu and knew when I saw the town that as soon as I turned 18, I was going to move here. I moved out here a couple of weeks after my 18th birthday,” Malott said during a recent RiverScene Magazine interview. 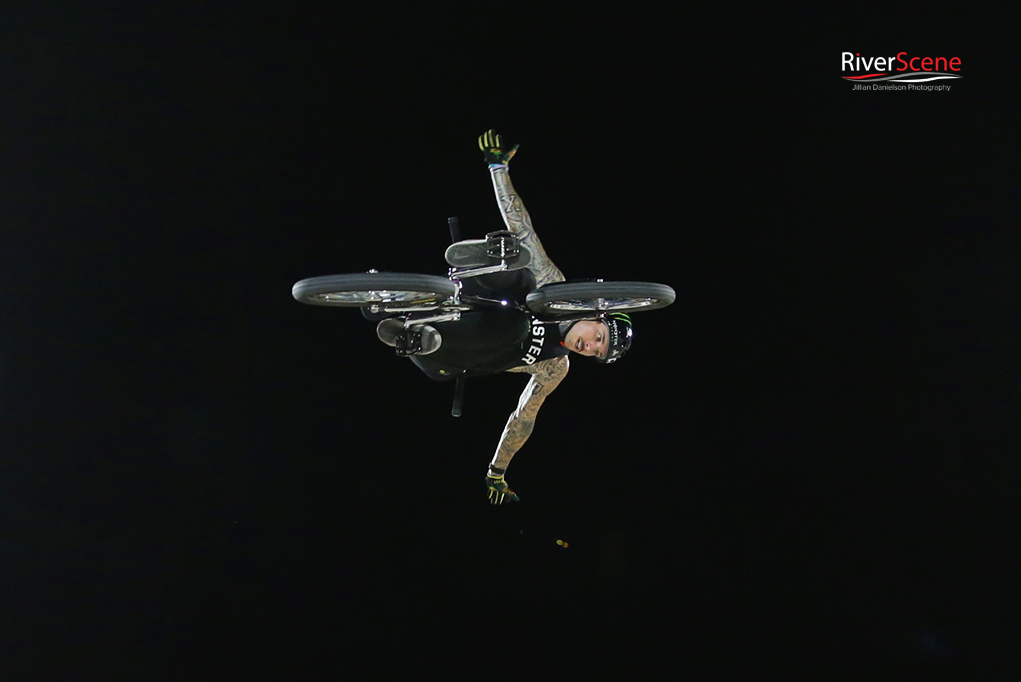 The now 24-year-old has joined the Monster Energy BMX team and will be one of only eight participating in the 2021 X Games in Riverside, Calif., on ESPN July 14-18.

Malott’s bona fides include winning the freestyle event BMX championship at the Monster Recon Tour in 2016 and first place in Best Trick at FISE events in Montpelier, France, and Hiroshima, Japan, where the landed the first 360 Triple Whip to Bar Spin.

Malott grew up in Lancaster, Calif., and skated in a nearby skate park in Palmdale, Calif.

“I went to the local skate park in Palmdale called Marie Kerr. It’s a little small skate park but somehow riding there every day helped me to learn bike control,” Malott said.

“When I was a kid growing up, I started racing when I was about 6 years old,” he said.

Because of the intensity of the sport, Malott said his dad steered him away from racing and he played soccer and participated in other sports for a while.

“But I always had a love for bike riding, so I got a skate park bike ‘cause all my friends rode at the local skate part,” he said.

Malott said one of his friends was sponsored and started training him and within a month, he competed in an amateur event in Colorado where he finished first.

“That got me into the pro ranks in like my third month riding BMX and it was kind of scary cause I was only 16 at the time and I was going against some of the guys I looked up to so that was cool at the same time ‘cause it pushed me to ride better and learn from the best.”

Malott has been training for the x Games which is considered one of the pinnacle contests for the BMX world.

“I’ve been leaning toward that, practicing, and trying to stay healthy. …I’ve taken a lot of slams in the BMX world. but I’ve been working out more and training differently to stay healthy and stay on my bike,” he said.

He trains in Lake Havasu City because of Tinnell Memorial Sports Park.

“As a rider, you look at the right transitions – the flow of the park and obstacles and all the things you’re going to have to face in a competition.

“What’s cool about this park is the people who built it are the actual people who worked on X Games courses. It’s kind of a replica of an X Games course from back in the day. It’s got boxes and spines the quarter pipes kind of everything you need as a rider to get your tricks perfected and it has that.

“I come here every single night. During the winter, I come every day, and in the summer, I come as often as I can. Turn some music on and …”

Two of Malott’s friends from the BMX world were on hand Thursday supporting his training and hanging out. 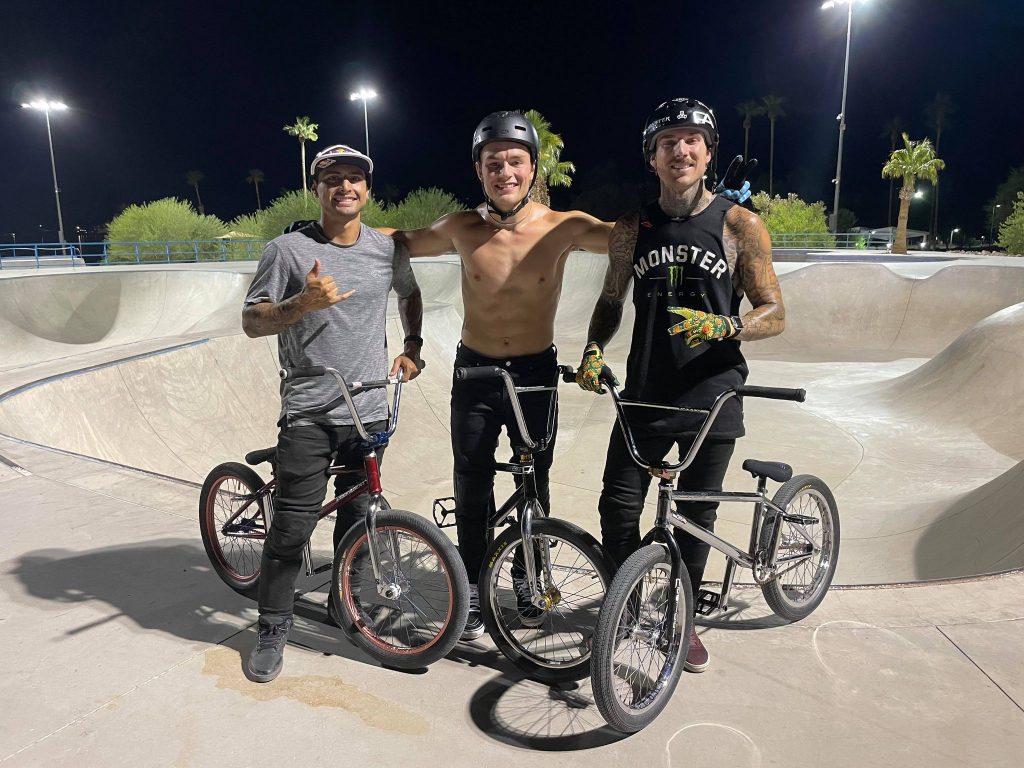 Malott credits Sandoval with a lot of his training techniques. Sandoval is an alternate member of Team USA in the upcoming Summer Olympics in Japan.

“If it weren’t for him, I’d probably still be injured. If you saw my riding technique back in the day, it’s not even the same as I am now. He helped transform me into the rider I am today and my mentality on the sport as well.”

“We clicked pretty easy. It’s been an awesome process and next year for sure we’ll hear a lot about Jeremy,” Sandoval said.

Sandoval, who is a veteran BMX rider, is planning to relocate from California to Lake Havasu to build a BMX training facility.

In the X Games, Malott will be riding BMX Park and BMX Park Best Trick.

“They have other events as well. There’s a whole variety of sports. It’s all kind of cool because they’re all in backyard settings because of COVID, so it’s kind of taking it all back to its roots,” he said.

“Hopefully, I can bring a gold medal back home and hang my helmet on the wall and put in a in a glass case.”

The top three spots get a guaranteed spot in the next year’s X Games.

His helmet was painted by the Monster artist AP Designs.

“His name is Alex Paul, and he owns a shop in California, and he paints all of Monster Energy’s helmets. So, this year, when I signed with them, I knew I wanted to do something specific to me and where I’m from and this is where I consider home to be so of course, we did the London Bridge famously known from Lake Havasu now. 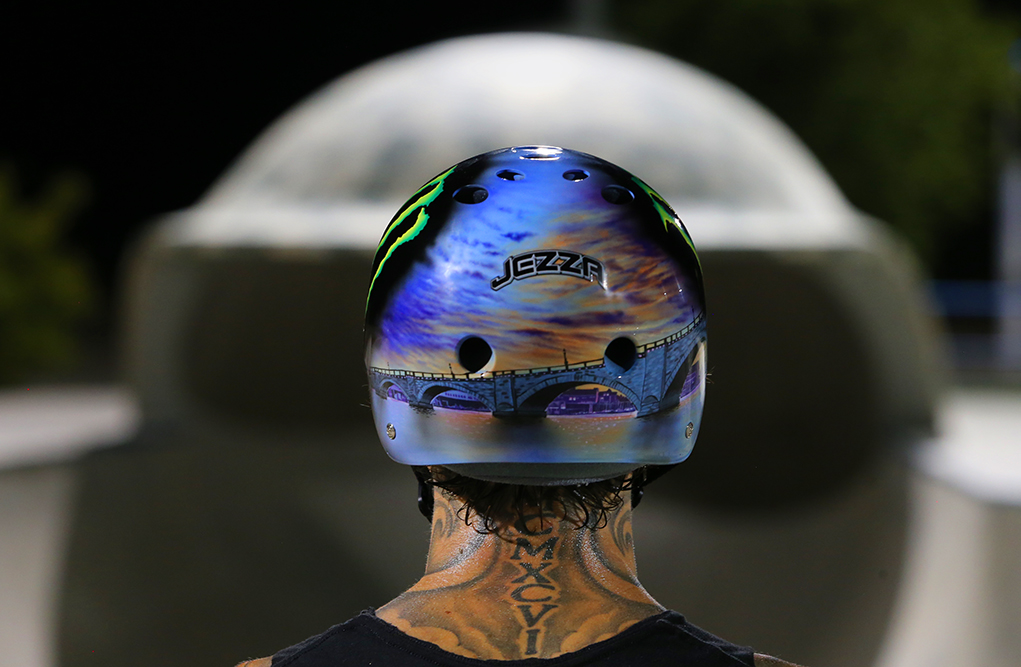 “It will be cool for the TV so I can turn and show everyone, and they all know where it is,” he said.

Malott said training in the heat has helped him in competition. “At night when it’s still in the 100s and you’re sweating it feels like you’re pushing through something. When I go and ride in California – it’s hot in California when its 99 to 100, so when I’m able to keep pushing midday in California, it really shows.

“A lot of our competitions are in the mid-summer season in other countries and it’s maybe 90 degrees and a lot of the guys come from 60-degree weather so it’s easy for me when it comes to heat.”

Malott’s advice to kids is not to give up on their dreams. “I’m getting to train for the biggest contest in the BMX world so anyone can do whatever you put your mind to. Don’t let anyone tell you you can’t do it, you just have to work hard, and you can achieve anything you want to achieve,” he said.

His future has marriage to his “best friend” Ashley Rinaldi in September and more top tier BMX competition. 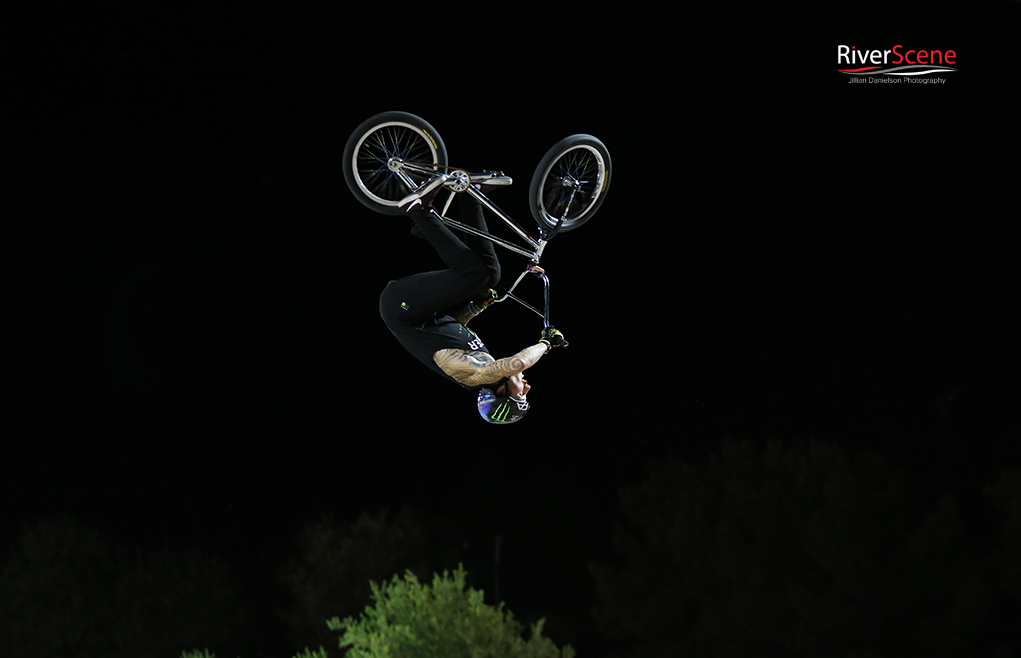