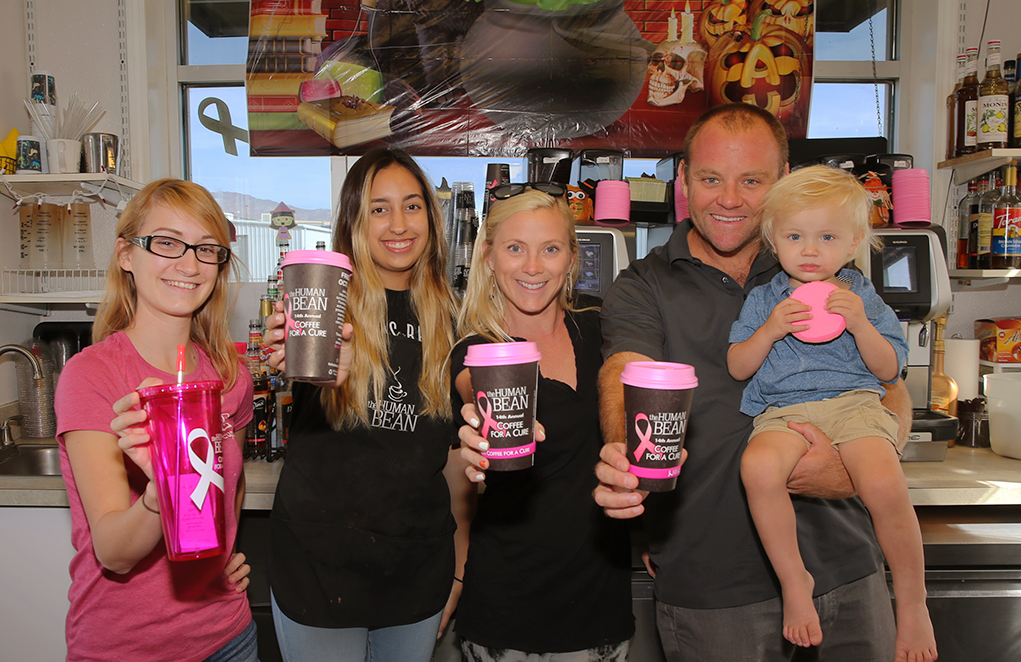 Cancer is an unrelenting and unbiased enemy, reaching far beyond borders, race and spiritual affiliation. This indiscriminate killer has touched most, if not all families in one way or another, leaving it almost an impossible task to find someone who has not been affected either individually as a victim or as an extended family member and even a friend.

October is Breast Cancer Awareness Month, drawing attention to the global crisis. Although the disease is not exclusive to gender, it primarily afflicts women.

The latest breast cancer statistics as reported by breastcancer.org state that approximately 1 in 8 women will develop breast cancer in their lifetime. In 2019, an estimated 268,600 new cases of invasive breast cancer are expected to be diagnosed in women in the U.S. alone.

Businesses across Lake Havasu City are doing what they can this October to not only raise awareness of breast cancer but to also put their awareness into action. The Human Bean and The Kind Connection, two local businesses among many, are raising funds in their own way to support cancer victims locally.

Coffee For A Cure

The Human Bean, a fixture of the town for many Havasuvians, is striving to outdo their past performance in support of this cause. On Friday, The Human Bean will be donating 100 percent of all of its profits made that day to Denise’s Day, a local cancer fundraiser. If you are unfamiliar with Denise’s Day, check them out at http://www.denisesdaylhc.org. Donated funds directly help those in need when insurance companies cannot.

The Human Bean as a company has raised more than $1.5 million for local community cancer organizations. For 14 years, all three Lake Havasu locations have deemed the movement “Coffee for a Cure.” The fundraiser continues to become bigger and bigger each year. The movement hits close to home for owners Brian and Juls Baumkirchner in particular.

“I’ve had a scare with it and my grandma passed from breast cancer, so we’re definitely passionate about doing this. It’s personal, for sure,” Juls Baunkirchner said.

The Kind Connection Gives Back To Havasu

Jason Thomson, co-owner of The Kind Connection, which has been in business here in Lake Havasu City for nine years, has stocked up on pink merchandise and hopes to sell out, giving 15 percent of all sales to the Cancer Association of Havasu. As a frequent contributor to local charities and organizations, Thomson shares why this particular cause is so important. “I’ve known three different women that have had breast cancer. Six years ago, my sister died of breast cancer,” he said. 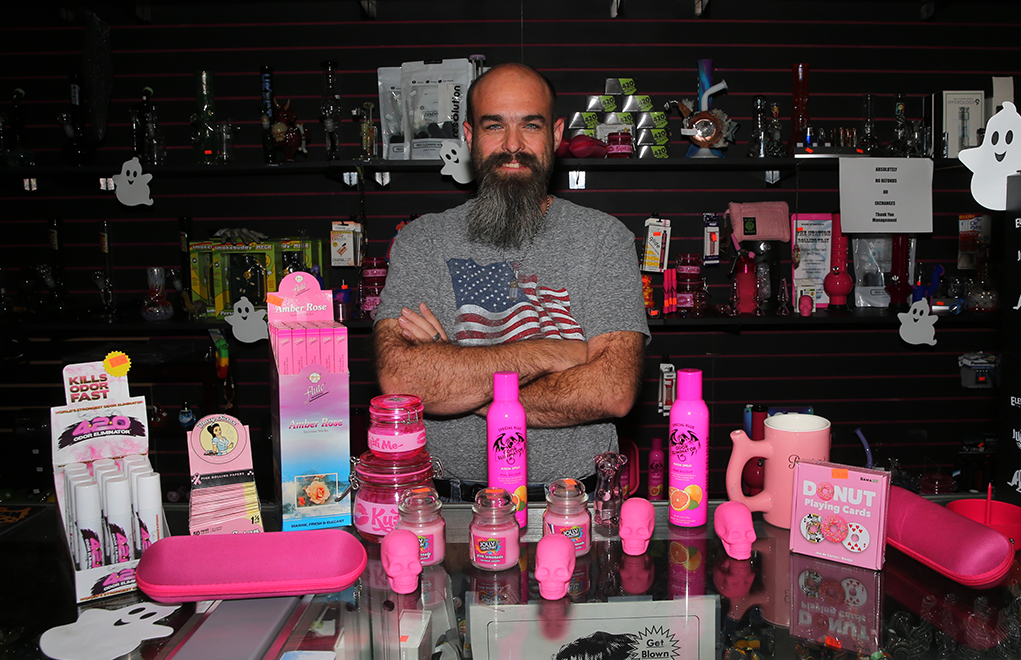 Jason Thomson of Kind Connection poses for a photo with some of the pink items he has for sale at his shop. Jillian Danielson/RiverScene

In an effort to break the labels that his business often receives, Thomson said, “We don’t want the stereotype anymore, because we’re not a dark, dingy smoke shop. We’re all about contributing back to Havasu.”

With a variety of products and a knowledgeable staff they consult with customers regularly regarding new CBD products, which are finding their way into everyday life for many, including those who suffer from cancer and related conditions.

To participate in Coffee For A Cure this Friday, visit any one of The Human Bean’s three locations open daily at 5 a.m.:

And don’t forget to stop by The Kind Connection for a variety of pink merchandise this month: