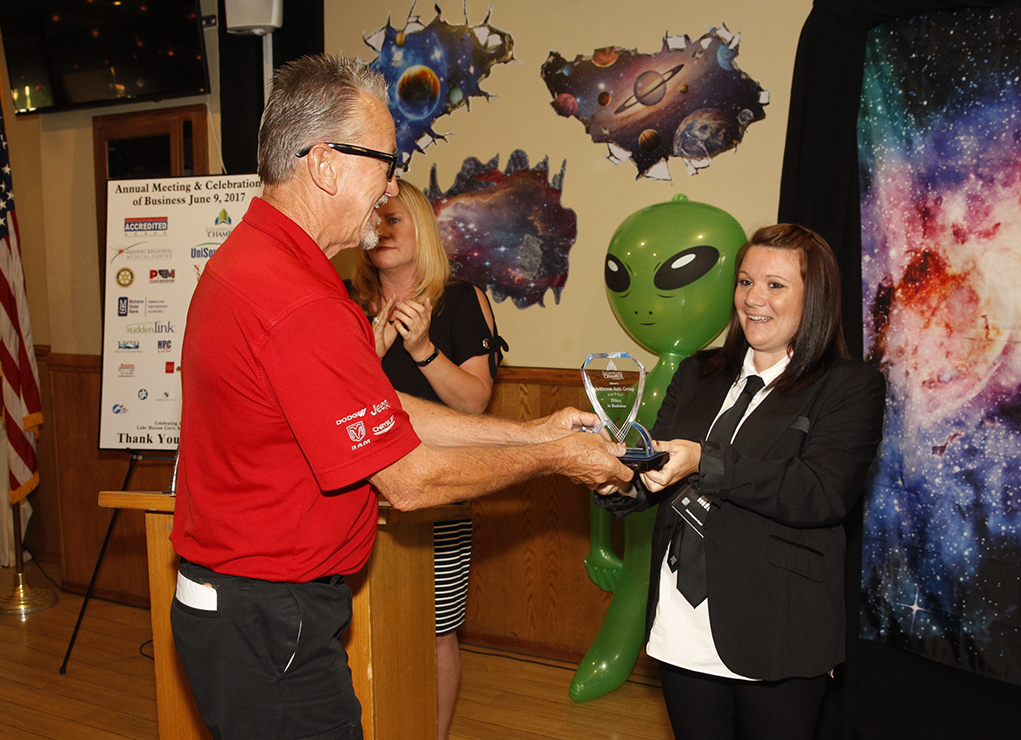 Lake Havasu Area Chamber of Commerce went ‘Out of This World’ to announce award winners from among its membership during its annual awards ceremony Friday at Shugrue’s Bridgeview Room. The event was well- attended by about 200 ticketholders

Chamber of Commerce 2017 Awards include:

Ambassador of the Year/Volunteer of the Year* is Melissa Volquardsen, who is a representative of Kind Connection. Volquardsen’s recognition was based on her volunteering within local Chamber events, her positive persona, and incredible ability to gather prizes for one of the Chamber’s best events, Desert Bash. 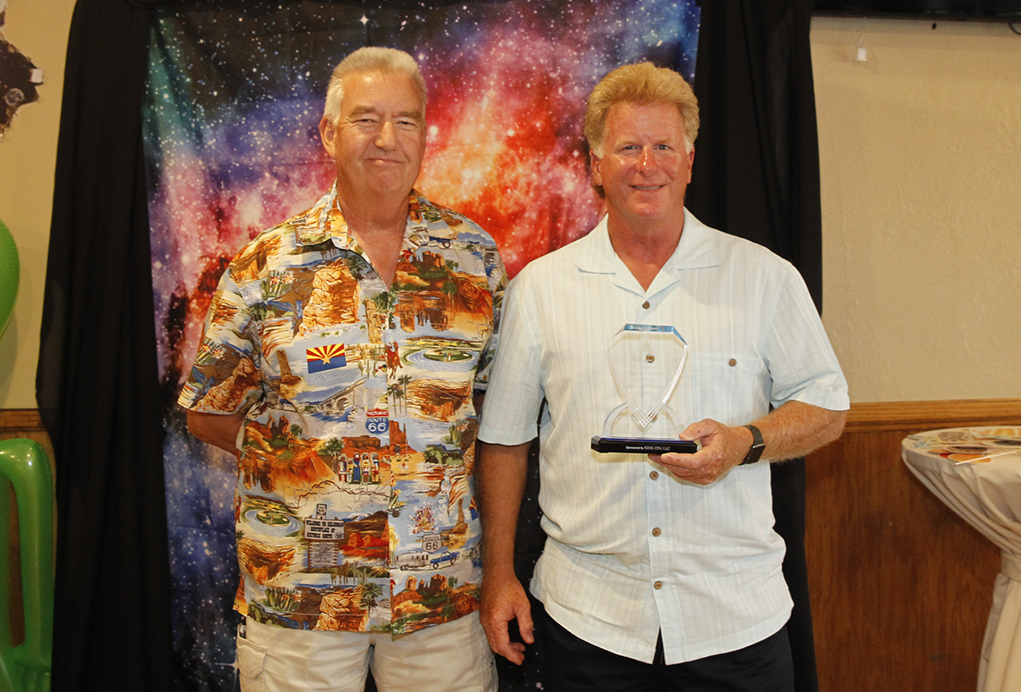 Business and Education Leader Award went to local business owner Steve Greeley. Greeley was recognized for his top-notch leadership skills and resiliency among ups and downs when it comes to Havasu’s town hall projects, sub-committees, and efforts put forth during a local public-school bond and override process at election time.

Ethics in Business Award went to Anderson Auto Group for their extraordinary and ongoing efforts to support all things in Lake Havasu City.

Whelan Leadership Award, which honors Havasu’s former Mayor Bob Whelan, who died in 2008, went to Michele Webb, of Havasu Pest Control. Webb was recognized for her leadership, commitment, and involvement with local youth athletics, as well as, Project Graduation. 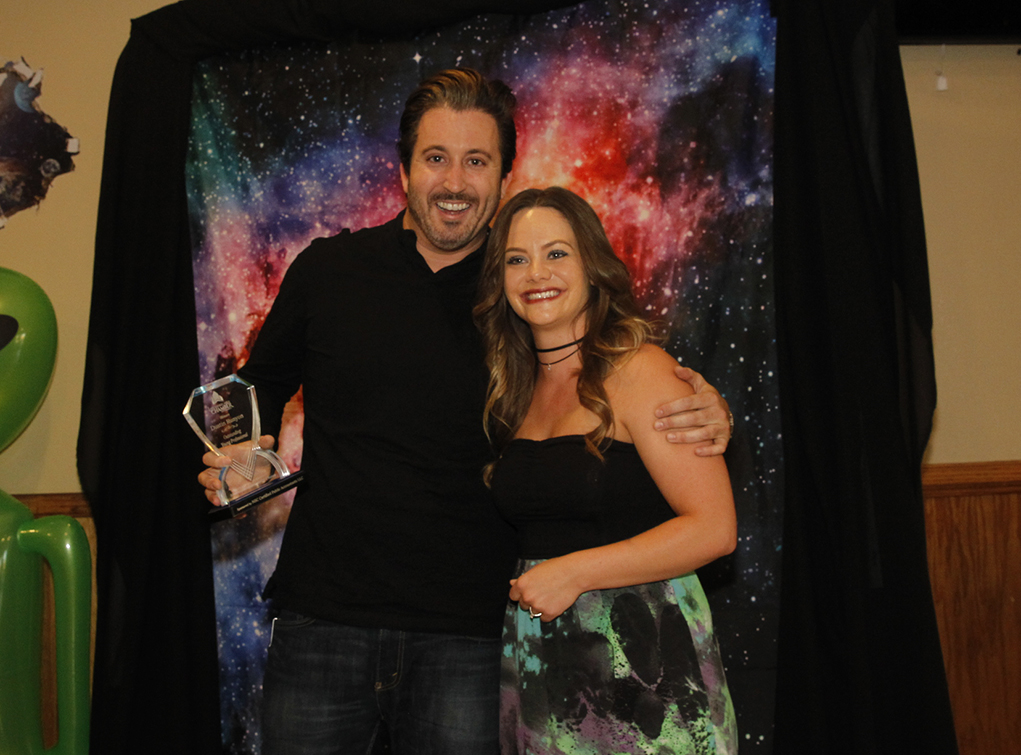 Outstanding Young Professional Award went to Dustin Runyon, co-owner at Arizona Living School of Real Estate, Results strategist at DARE Coaching and team leader at Keller Williams Arizona Living Realty. Runyon, noted as a rising star in Havasu, was recognized for his example of excellence, integrity, and initiative when it comes to being a role model in business. Runyon also founded Only Orchids Charity, and serves on committees including K-12 Foundation and Vision 20/20.

Chamber Business of the Year is UniSource Energy Services 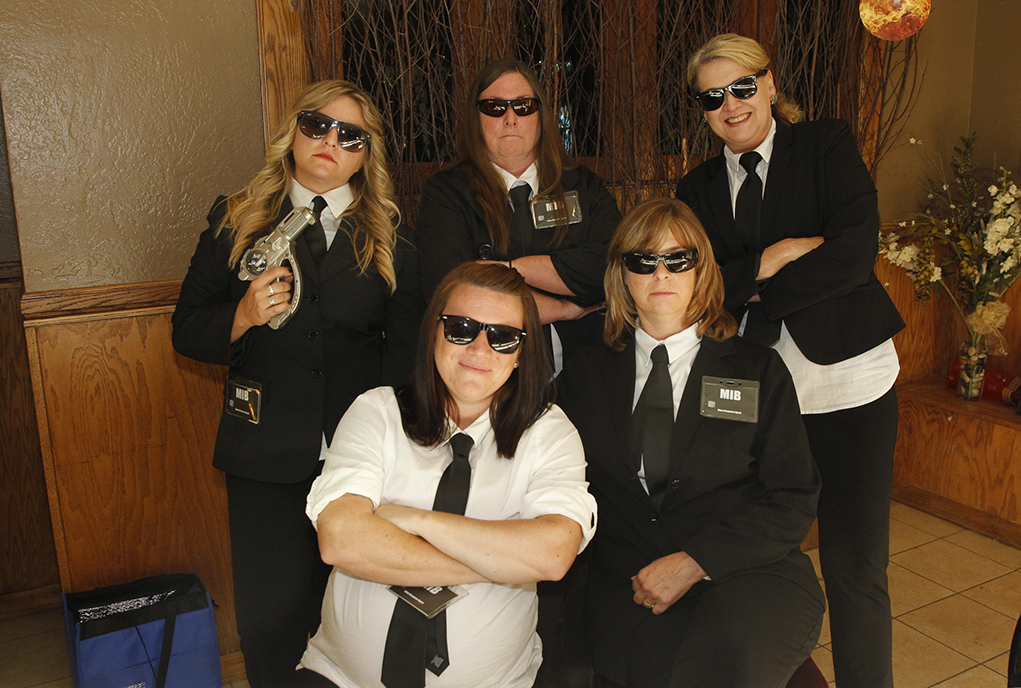 Chamber of Commerce staff pose for a photo in their Men In Black costumes for the “Out of this World” theme. Jillian Danielson/RiverScene

Art of Hospitality Award went to London Bridge Resort. The resort’s leader, Cal Sheehy, was recognized as a key-player in the second-place win for Frontier Communication’s America’s Best Communities competition. Sheehy and London Bridge Resort owner Tom Flatley also show ongoing support of the Certified Tourism Ambassador Program, a designation that is deep within the resort’s own ranks.

The Citizen of the Year is Heather Courneya, who was recognized for her volunteer efforts within the community to the tune of helping circulate $40K to needy families in Havasu by way of nonprofit Denise’s Day. The award earns her the honor of being Grand Marshall of London Bridge Days Parade in October. 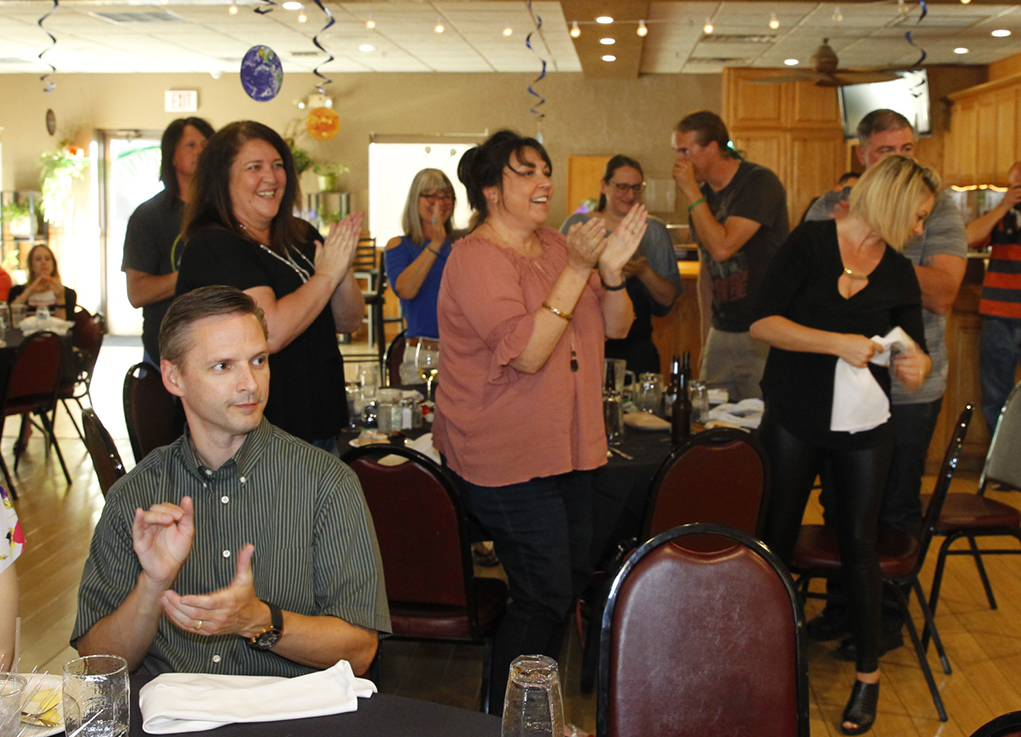 Employees of Havasu Pest Control applaud as Michele Webb is introduced as new Chamber of Commerce Board Chairwoman. Jillian Danielson/RiverScene

The Community Development and Improvement Award went to an undetermined developer group responsible for the new El Pollo Loco restaurant at the intersection of Lake Havasu Avenue and South Palo Verde Blvd. Embargoed documents provided by the Chamber didn’t include the name. Details were unavailable at press time.

*These awards are autonomous. 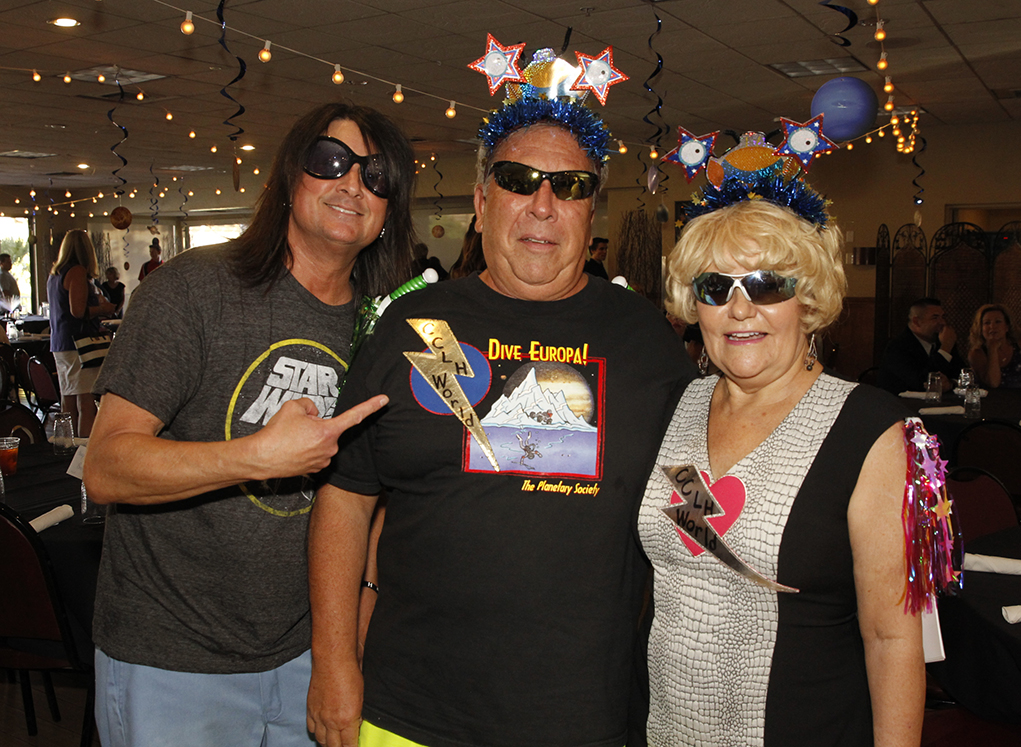 Ike Webb, Tom Otero, and Christine Simmons dress for the “Out of this world” theme at the Chamber awards dinner. Jillian Danielson/RiverScene 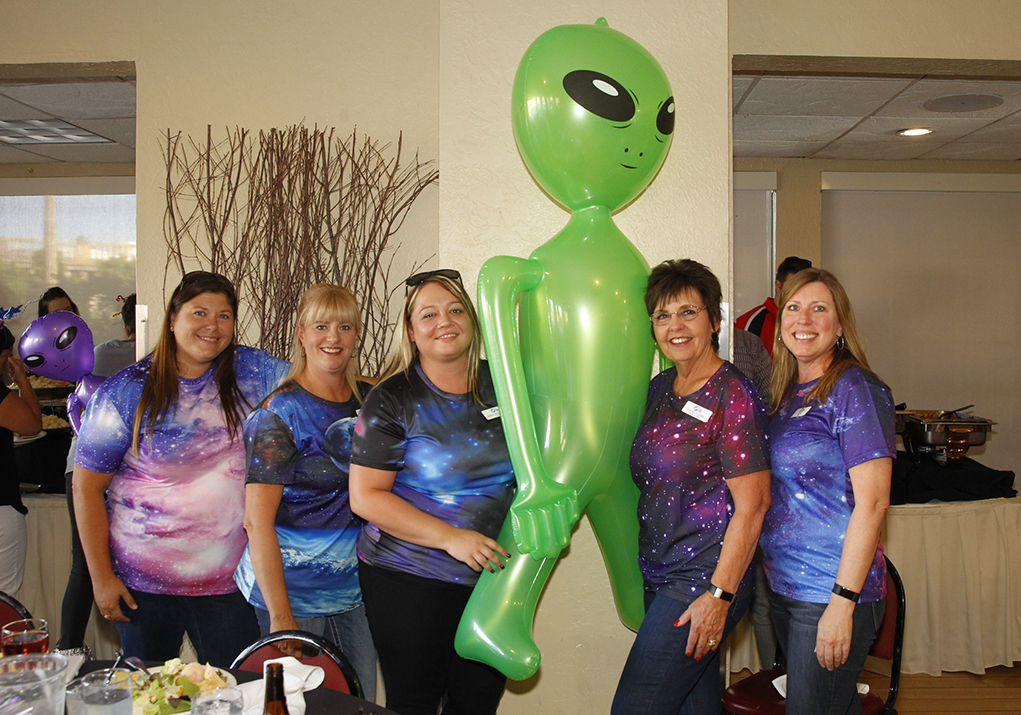 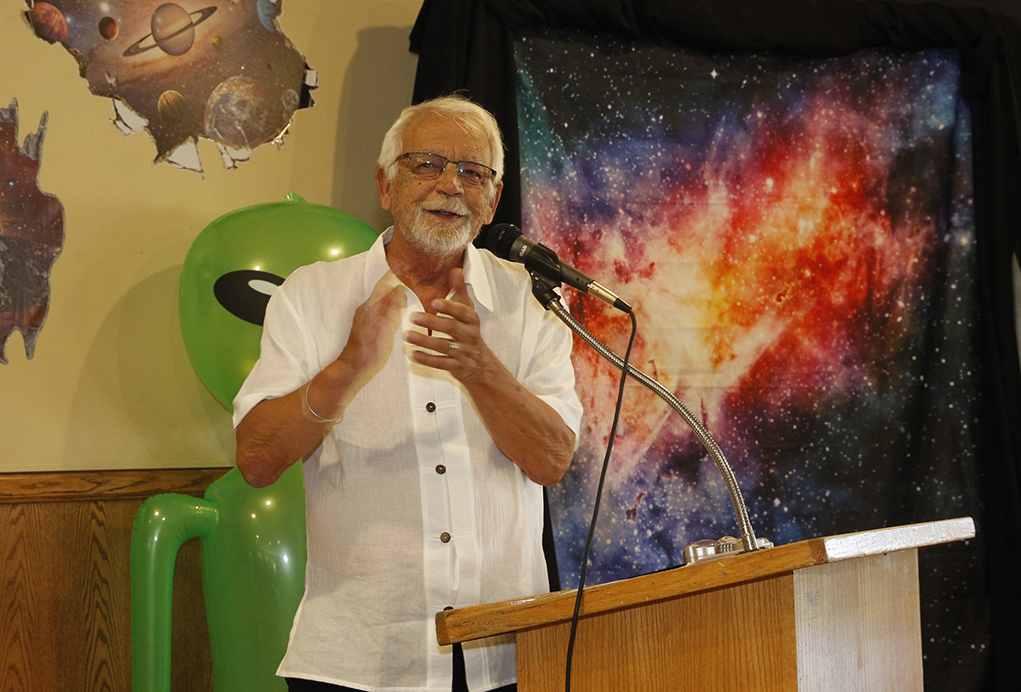 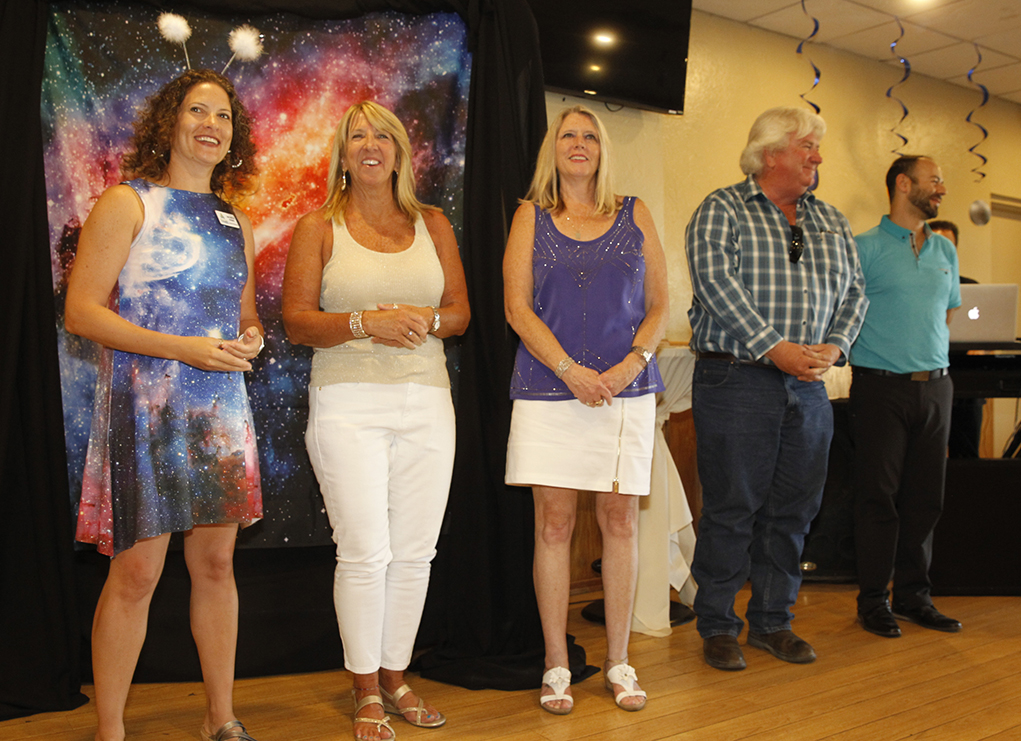 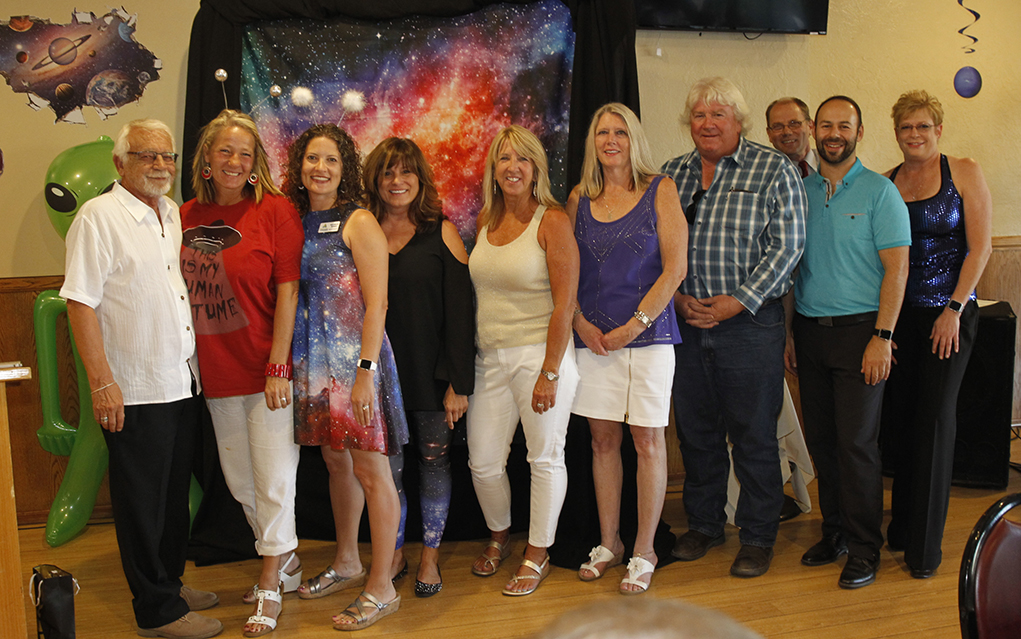 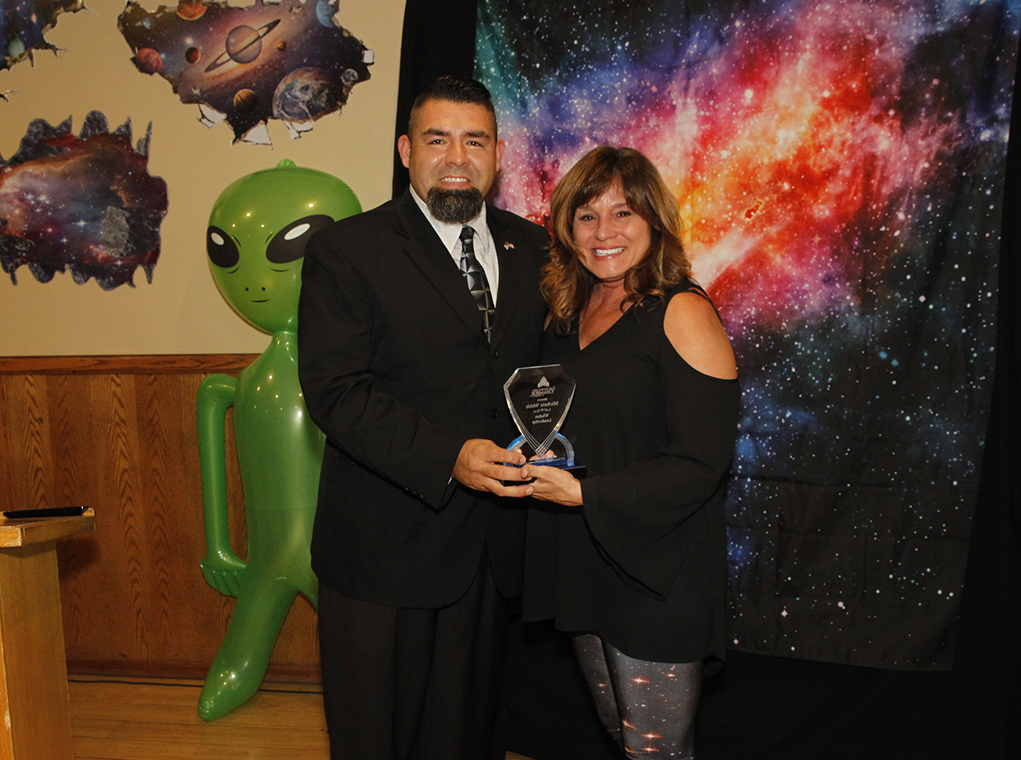