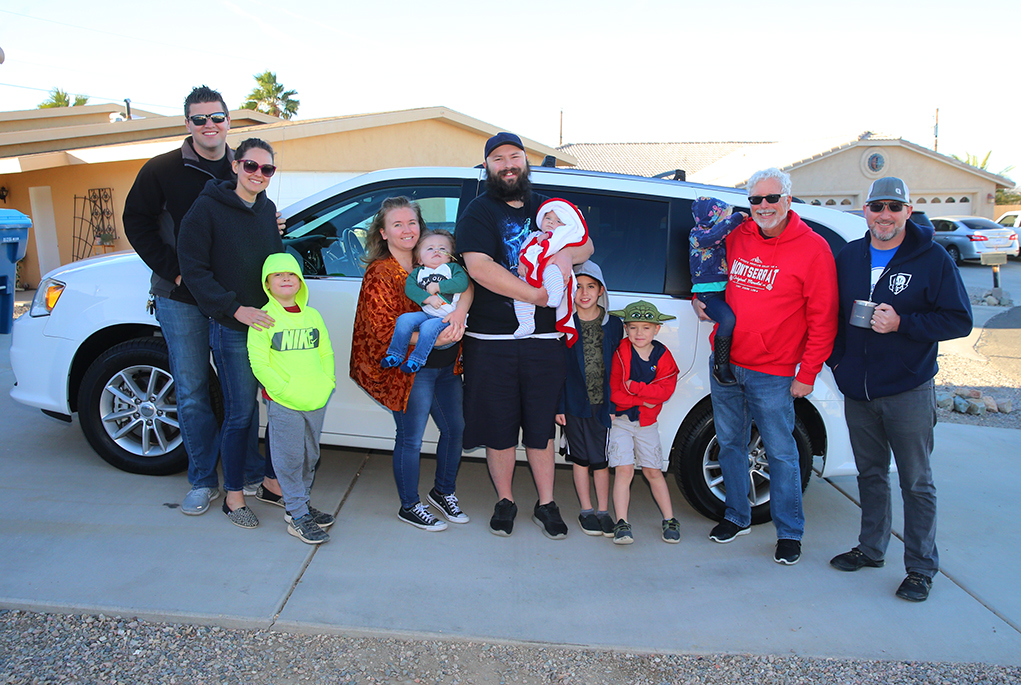 Each time a family welcomes a new member into its fold, it is with all the hope of a healthy, happy baby. When something happens along the way that alters that hope, people realize they must adapt and show their strength for that very family.

The Zasadil family can tell that story well. 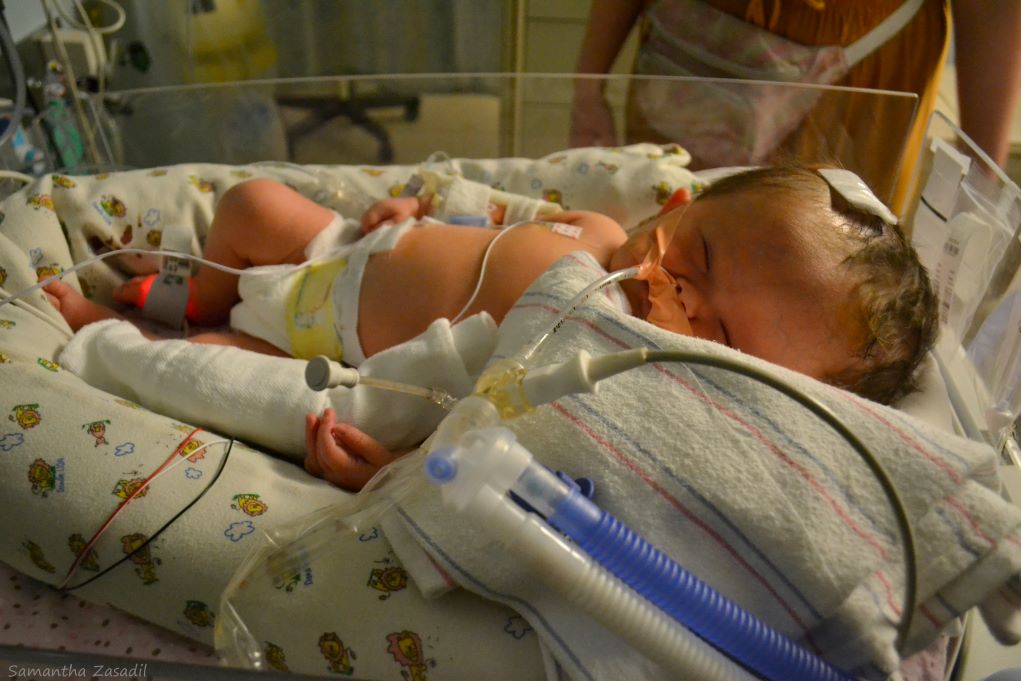 “Sometime in the first six weeks of the pregnancy, her brain, instead of dividing into two hemispheres, fused together,” mom Samantha Zasadil said.

Zasadil said statistically, Talia shouldn’t be alive. “With this condition, it’s common for babies to be stillborn or to only live a short amount of time after delivery.”

But, she said, statistics aren’t always accurate. “There are families that have adult children with HPE. Every person is different in their abilities and what other diagnoses they have in addition to the HPE,” she said. 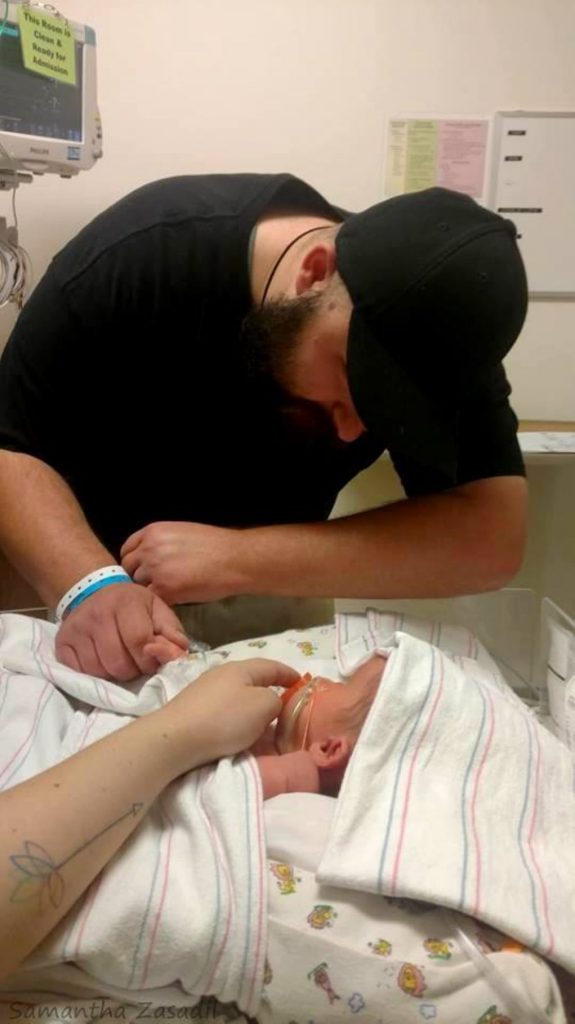 “She was also diagnosed with hydrocephalus. Her head doesn’t drain her cerebrospinal fluid (CSF) like it normally should. As a result, she had to have a shunt surgically placed into her skull to drain the fluid and keep pressure from building in her head,” Zasadil said. The shunt has an internal tube that goes to her abdomen where the spinal fluid is absorbed back into her body.

Talia has some other diagnoses, but those are the two main ones for her, Zasadil said.

Talia has more than 10 medical specialists – only three in Lake Havasu City. The family travels every one to two months to Phoenix for Talia’s health care and treatment. Up until early January, the family of six either traveled separately or found childcare in order to transport Talia and any of her medical equipment to clustered appointments in Phoenix.

Talia is 2 years old. In addition to Talia, the Zasadil family consists of husband Madison, and Audie 9, Hunter 6, and Noah 5 months. 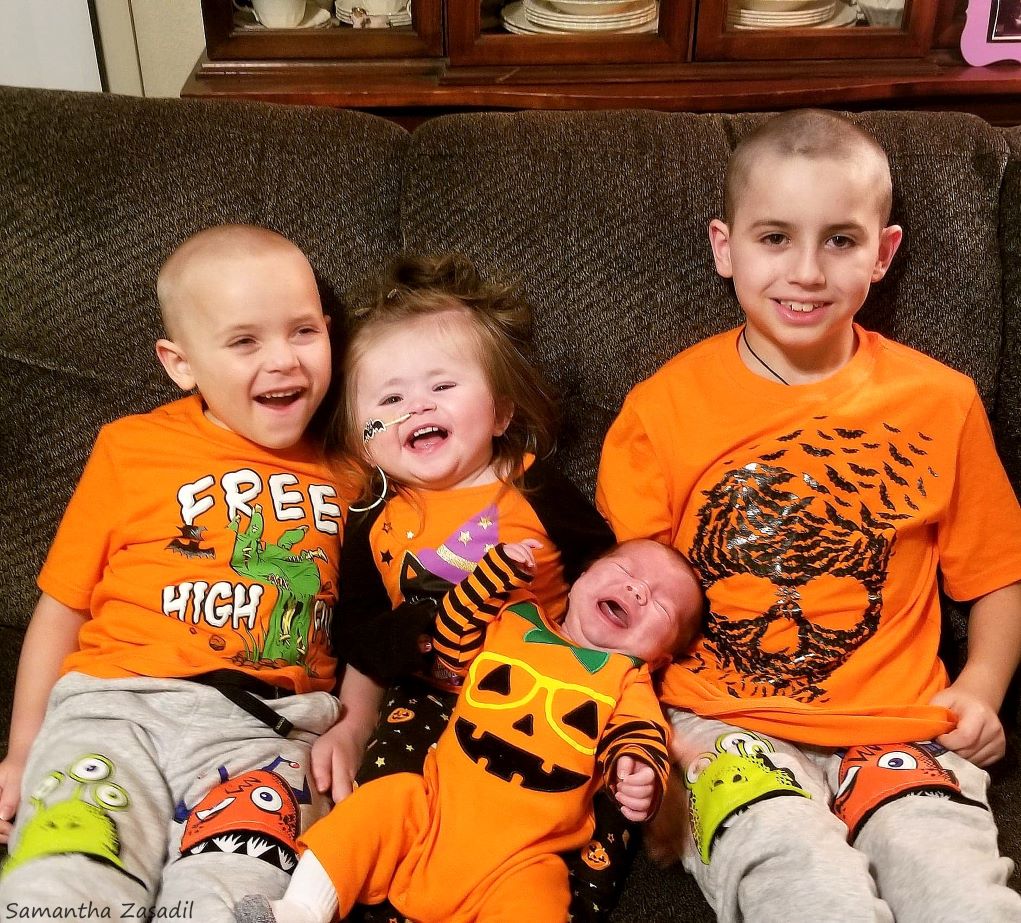 “For the last few months, we had to make multiple trips or receive help from family to get around all together.” Zasadil said.

“Madison had been talking to our church family to see if there was anything to help us work towards a vehicle,” Zasadil said.

The Zasadils are longtime members of Lake Havasu City Calvary Baptist Church, and that is when the church stepped in to help the family.

“We, as a church, try to help people in the community who are struggling,” Pastor Chad Garrison said. 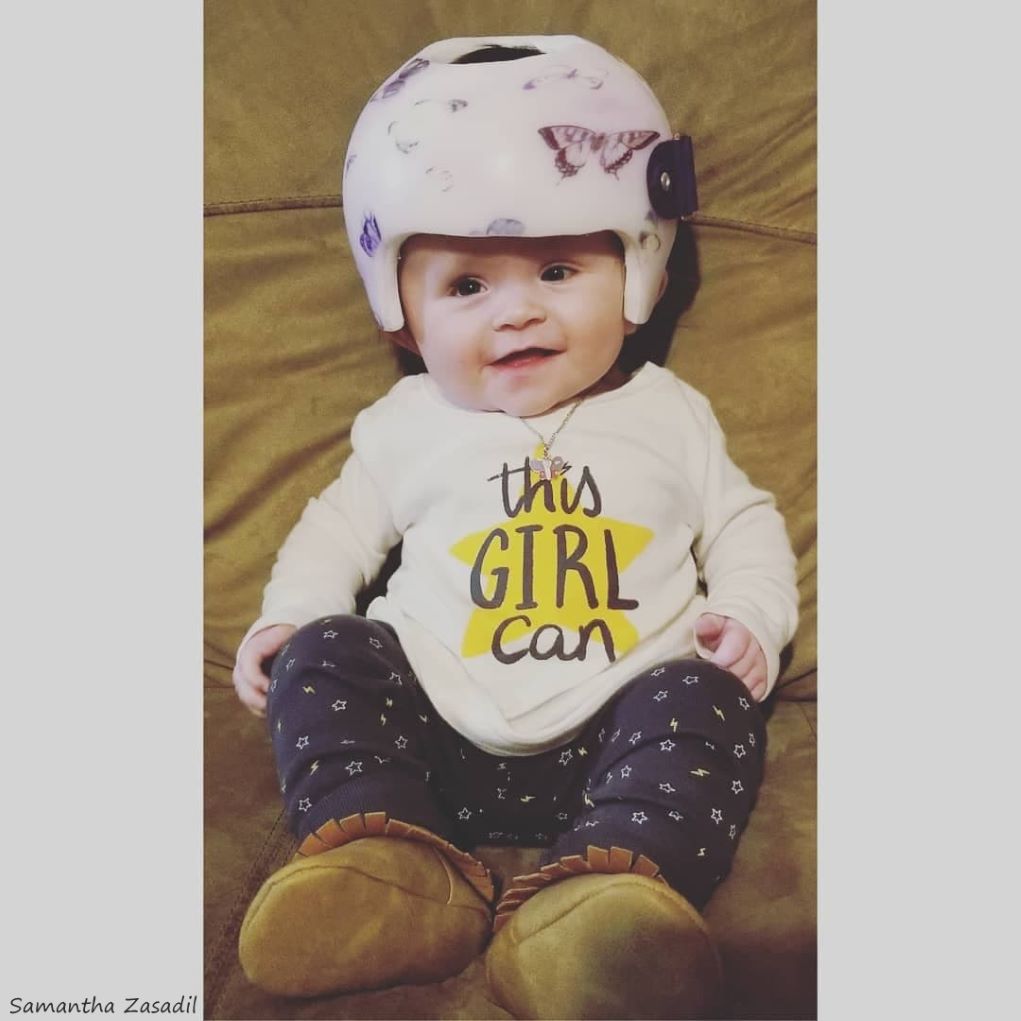 “It’s a lot more than just paying a bill,” he said. “It’s helping them build their lives.”

Garrison said the church has a team that works on those problems twice a week. But occasionally, the church can do big “fun” things for its church families.

“Right at Christmas time there were some large donations. The donors trust us to do what’s best and we were able to help several people,” Garrison said. In all last year, Garrison said the church had provided $200,000 in charitable giving to the community.

The Zasadil family was on the receiving end of one of the “special blessings” that paid it forward.

The church presented them with a van that will allow them to travel together for Talia’s care and as a family in general. 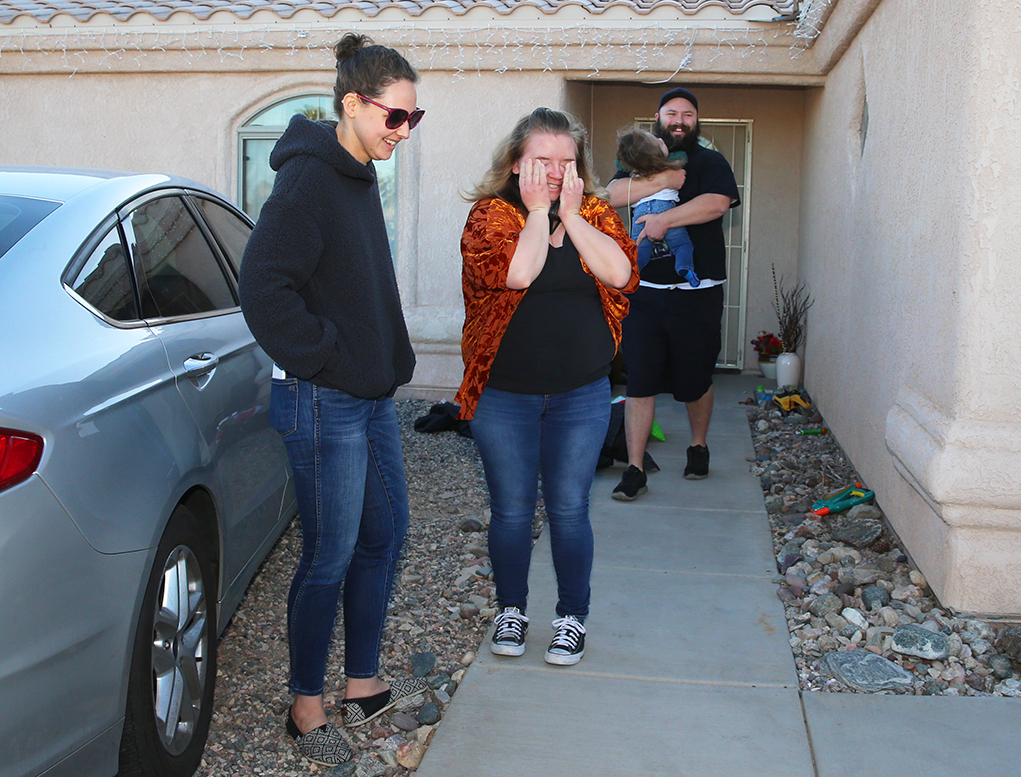 Samantha Zasadil wipes the tears away as Amber Smith and other church pastors surprise her with the new van. Jillian Danielson/RiverScene

“I didn’t know they had found a van and set it up. Madison told me he had a surprise for me and that it was my late Christmas present. So, when he told me to walk outside, we were greeted with some of our church family who brought the van to our house. I got a little teary eyed. It was seriously such a huge relief to know we now have a vehicle to fit all of us and space to transport any of Talia’s medical equipment. Definitely feeling the love, support, and the blessings we have received in our life,” she said.

Garrison said the church has been with Zasadil through her pregnancy and the birth of Talia. “Samantha has been in the church since she was probably about 14,” Garrison said. 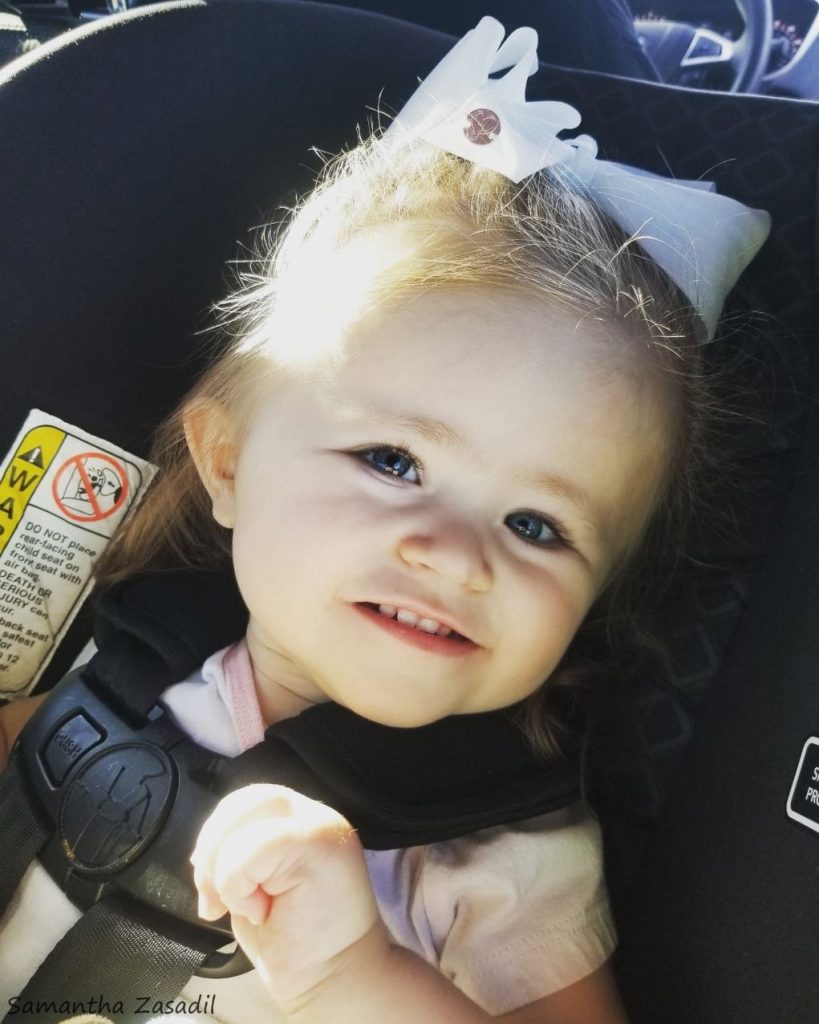 Talia’s happy to head back home from an appointment trip in Phoenix. Photo Courtesy: Samantha Zasadil

Talia is making progress. “Her doctors are always happy to see her and are all excited about the progress she continues to make as she learns how to do daily tasks, like brush her teeth, give hugs and kisses, waving and clapping,” Zasadil said.

For more information about HPE, visit Families for HoPE at https://familiesforhope.org/. 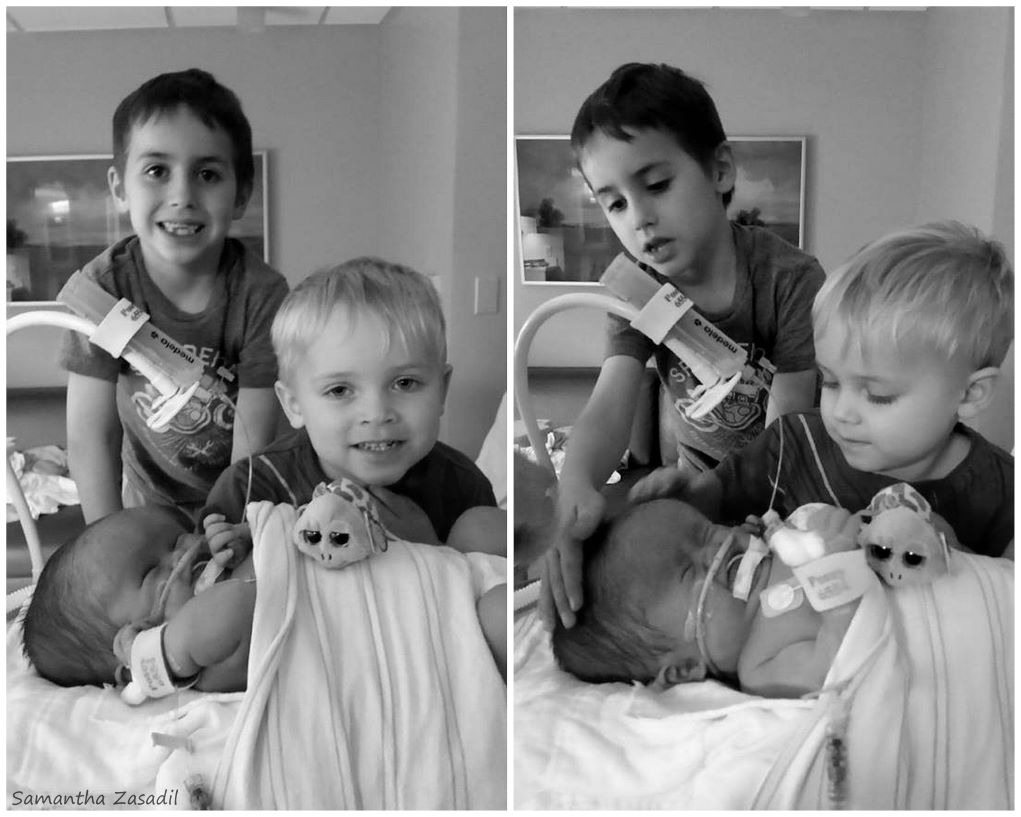 Audie and Hunter meet their sister Talia for the first time after she was born and comfort her as she gets upset. Photo Courtesy: Samantha Zasadil 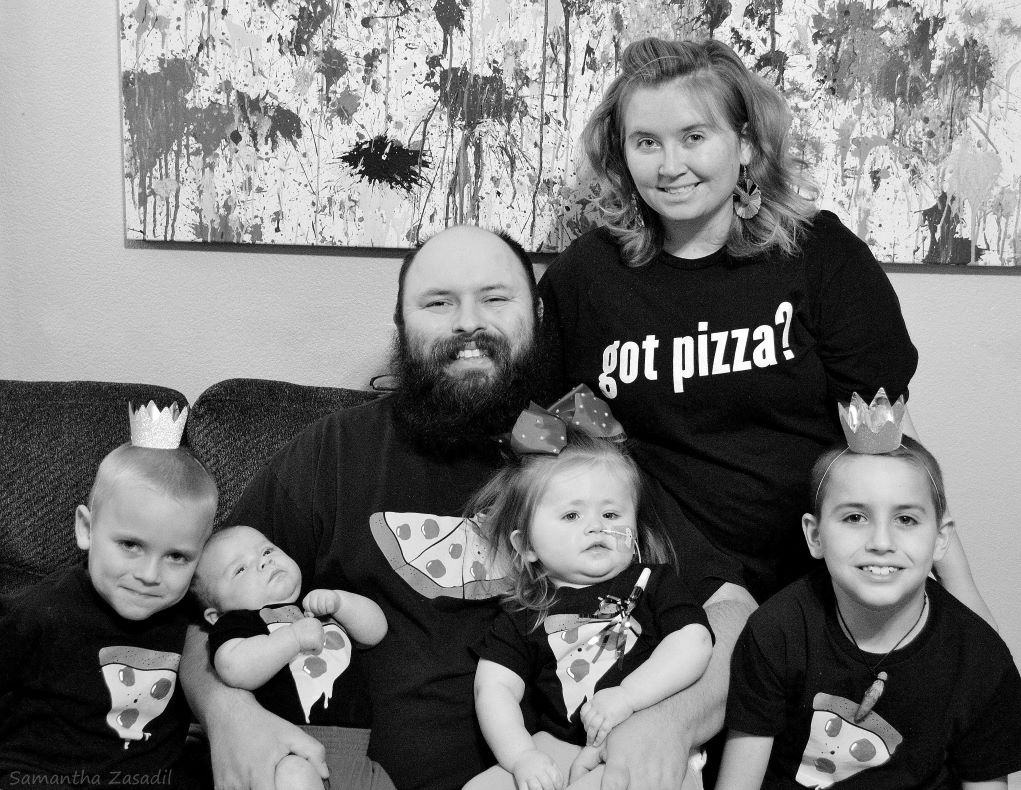 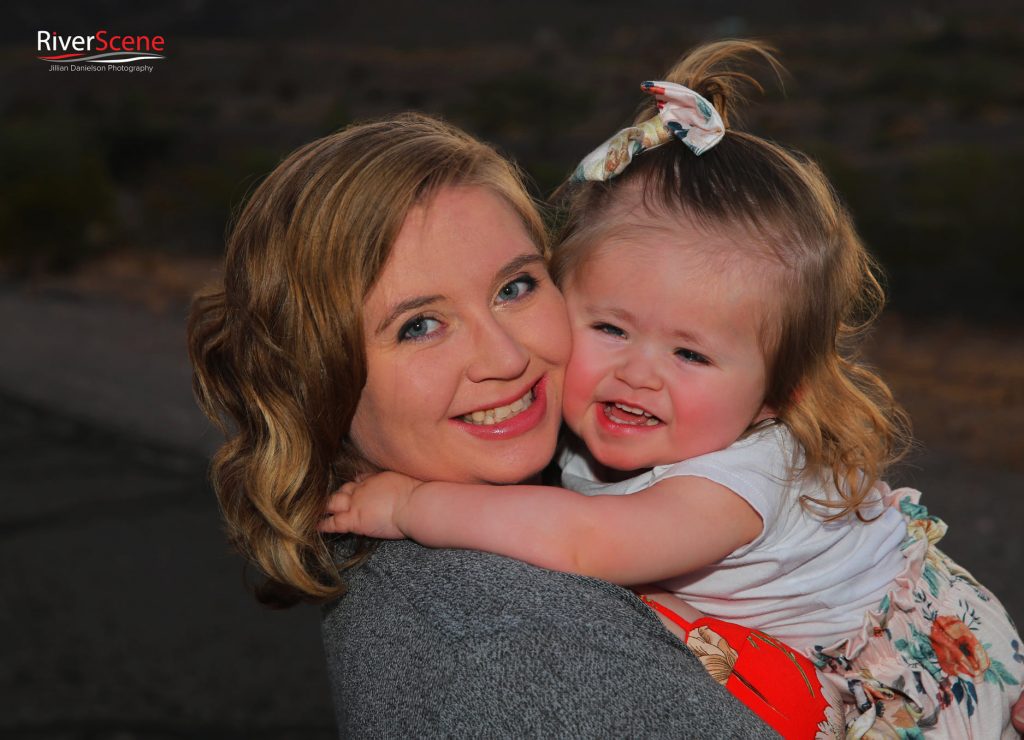 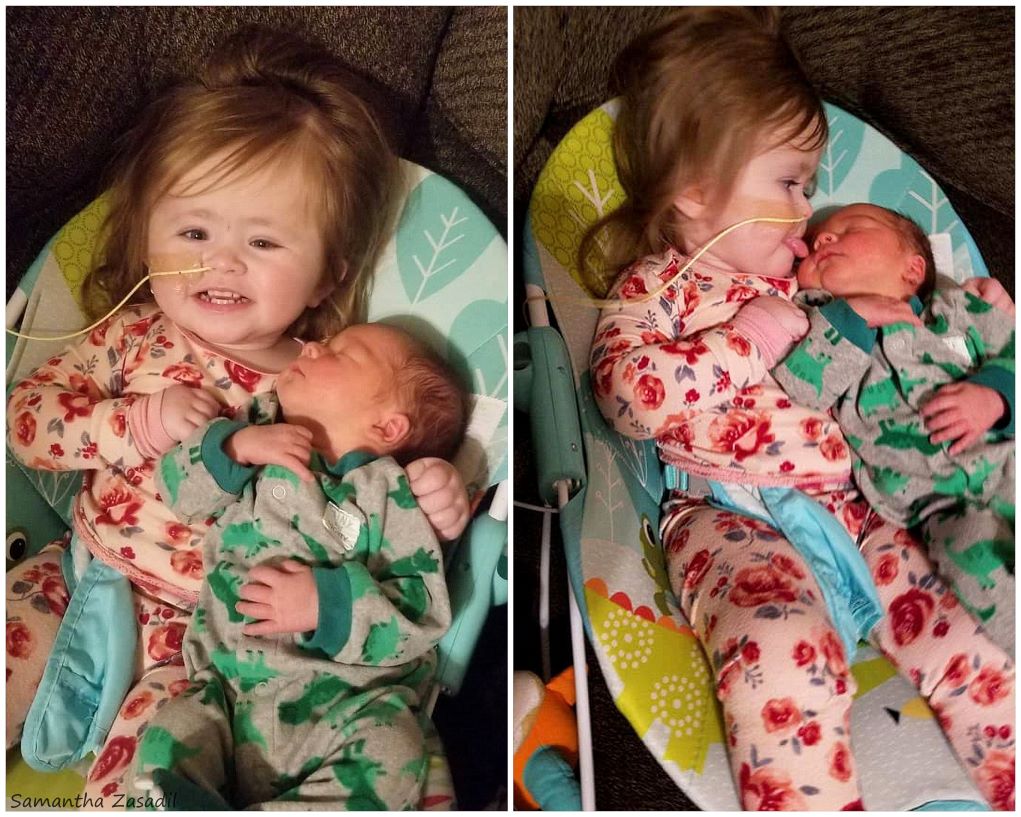