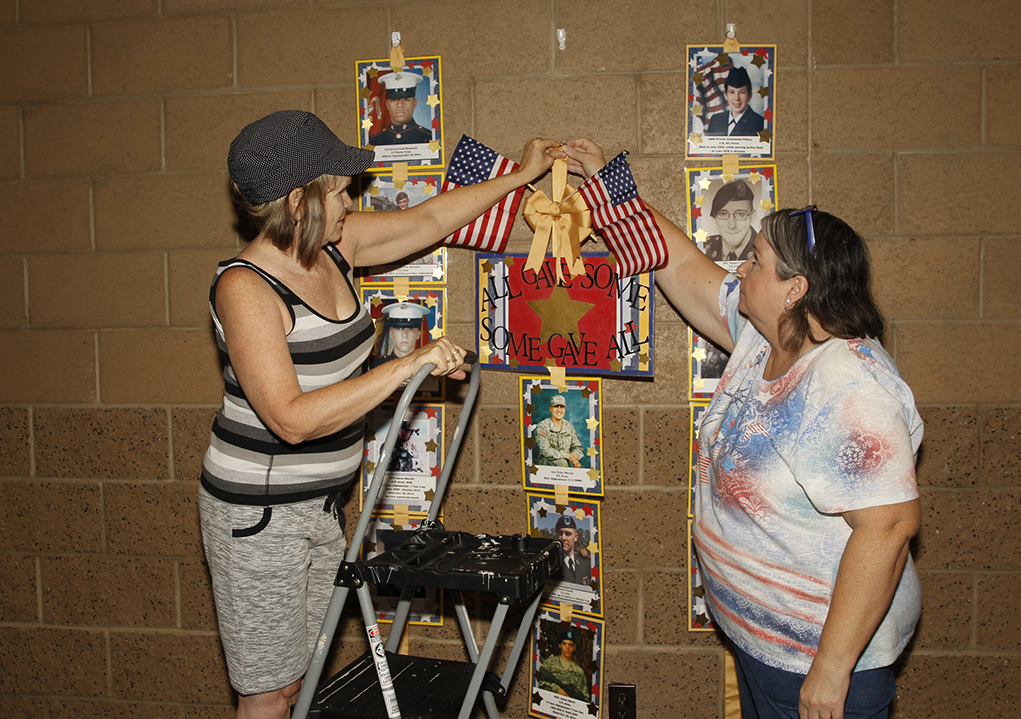 Calvary Baptist will host a service July 4 at 9 a.m. celebrating the nation and freedom.

The public is invited to the service that will feature the Marine Corps League Honor Guard, the community choir and a veteran’s photo wall. 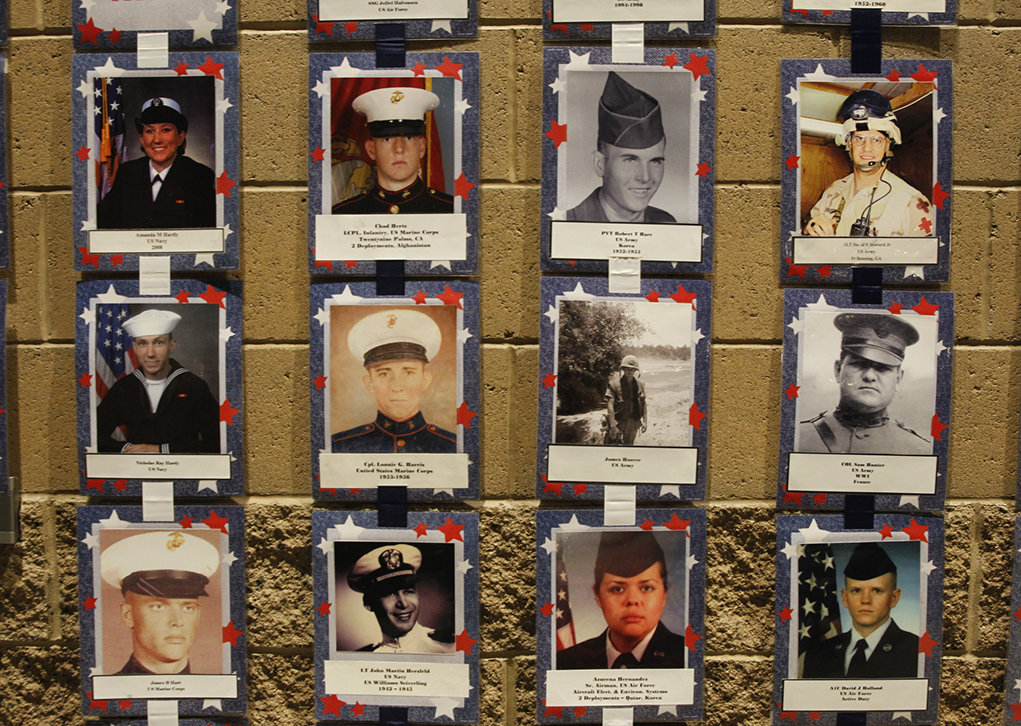 Photos of military Veterans and active duty hang in Calvary Baptist Church for the 4th of July Celebration. Jillian Danielson/RiverScene

Childcare will not be provided for this service, as it is intended to be a family service.

For more information, email the office at office@calvarylhc.com. 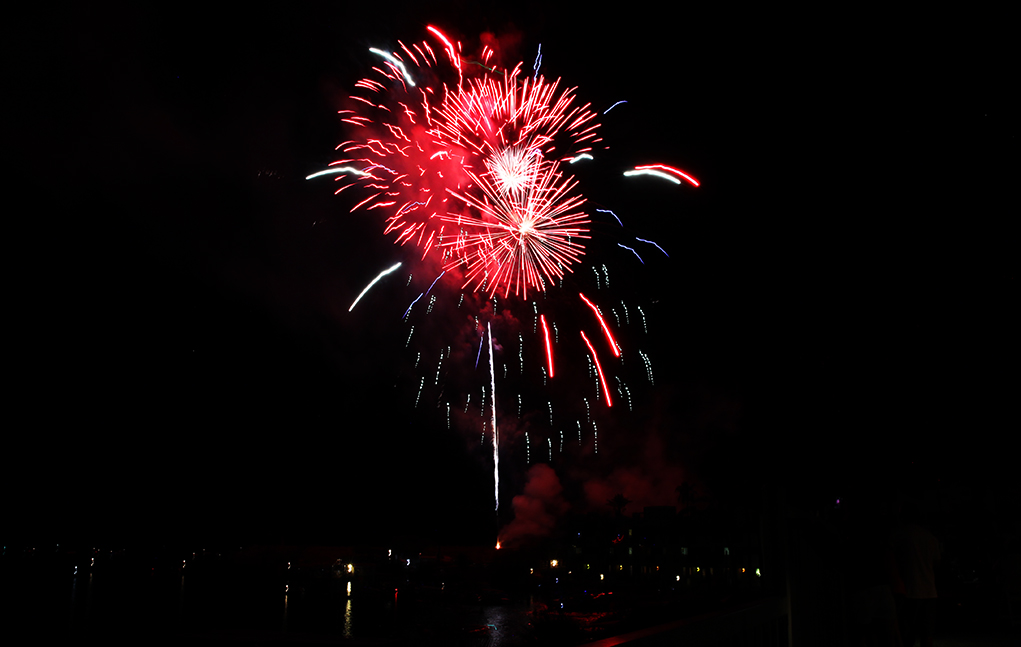 After the sun goes down, at 9 p.m., look toward Thompson Bay for the Havasu Fourth of July fireworks display

It is recommended that those wishing to view the fireworks up close, stake out a spot early.

The best viewing locations are:
Rotary Park (plenty of free parking, straight view of the fireworks, coolers allowed, no alcohol or pets permitted)
The Nautical Beachfront Resort (on the island, plenty of free parking, coolers and outside alcohol not permitted)
London Bridge Beach (on the island, free parking, coolers allowed)
Thompson Bay (via boat*, please anchor both bow and stern due to winds and current, anchor early as Thompson Bay fills up)
Fireworks will be set off directly across the bay from Lookout Point on Spectator Point (at The Nautical Beachfront Resort). 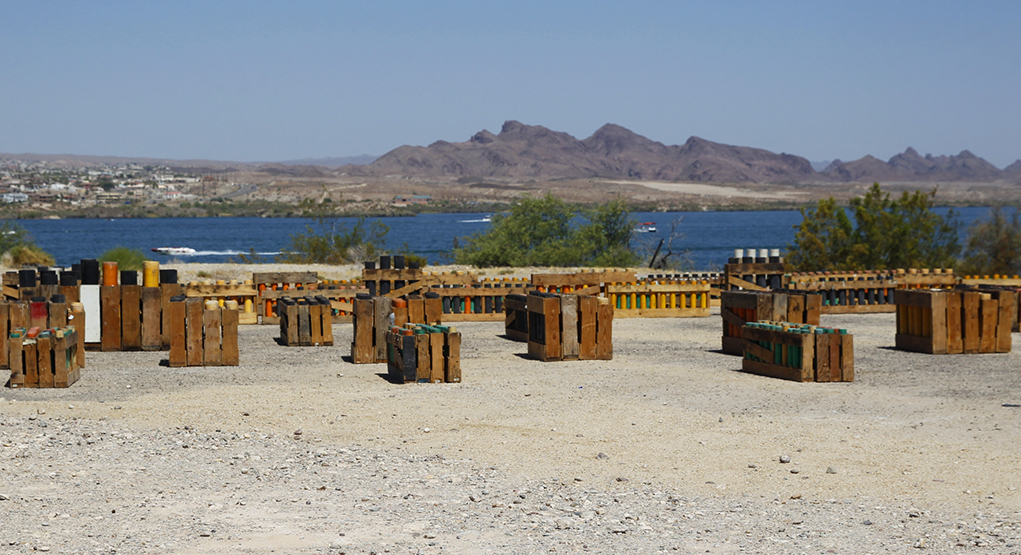 Racks of fireworks are set up on the island for the 4th of July Fireworks Show. Jillian Danielson/RiverScene

Tune in to KNTR 980AM for a live simulcast with music set specifically to the fireworks display.

Please leave pets at home. Fireworks are startling to them and can hurt their sensitive ears. 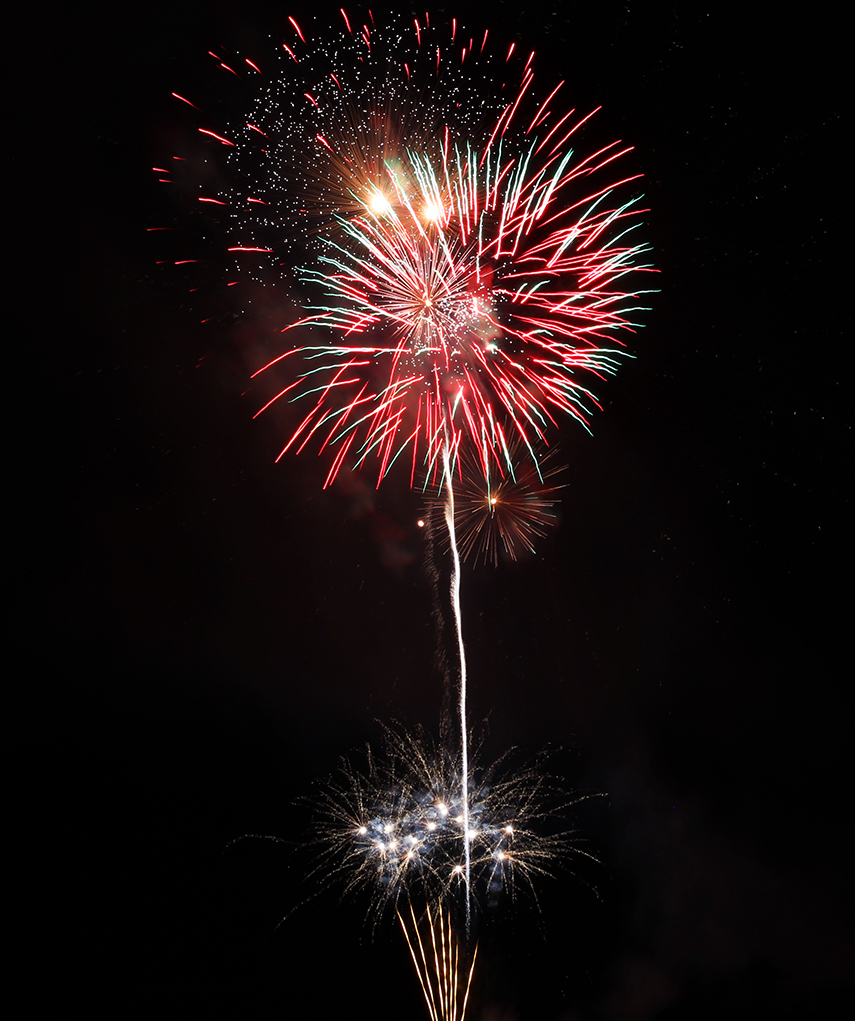