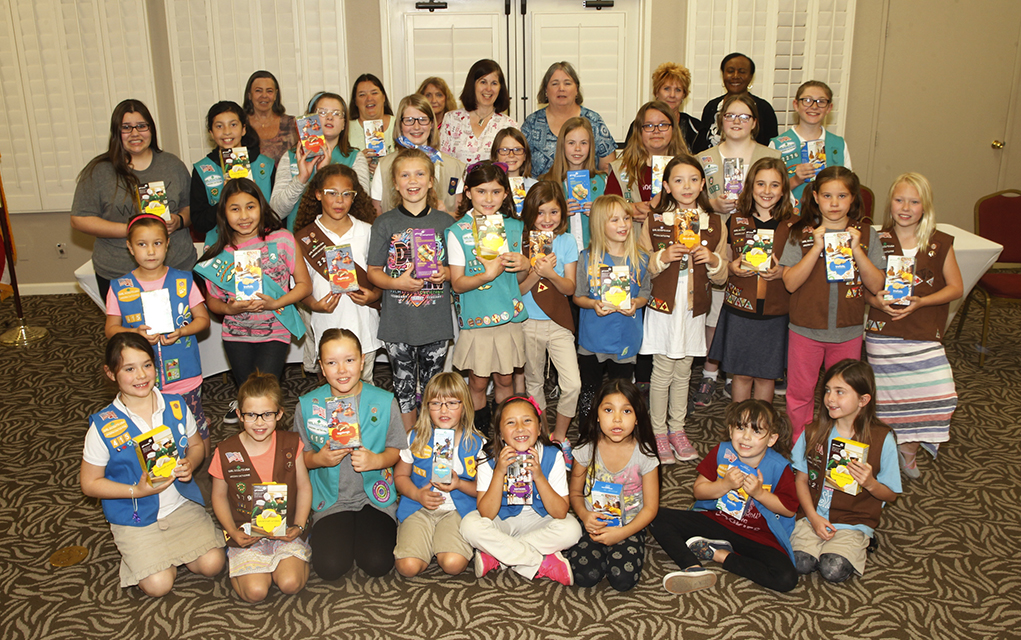 The latest count Wednesday of cookies sold in Lake Havasu City is 60,560 boxes, with more numbers expected to be reported. 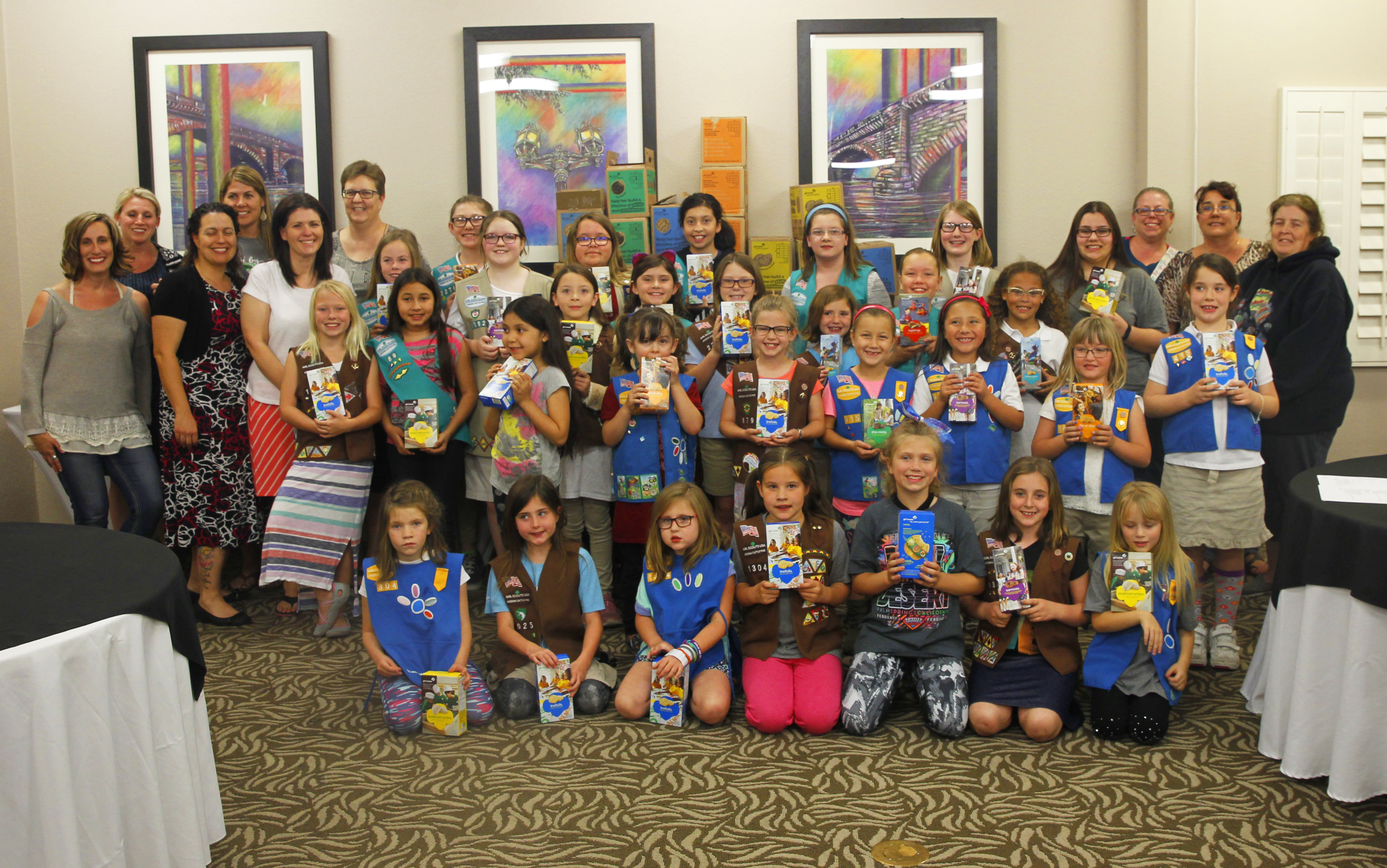 Girl Scouts pose for a photo with their troop leaders Wednesday. Jillian Danielson/RiverScene

Some of the groups who were the recipients of the Girl Scout generosity were H.A.V.E.N., Military Moms, Jasmine House, Parker Women’s Shelter, 29 Palms military base, Hospice of Havasu and more. 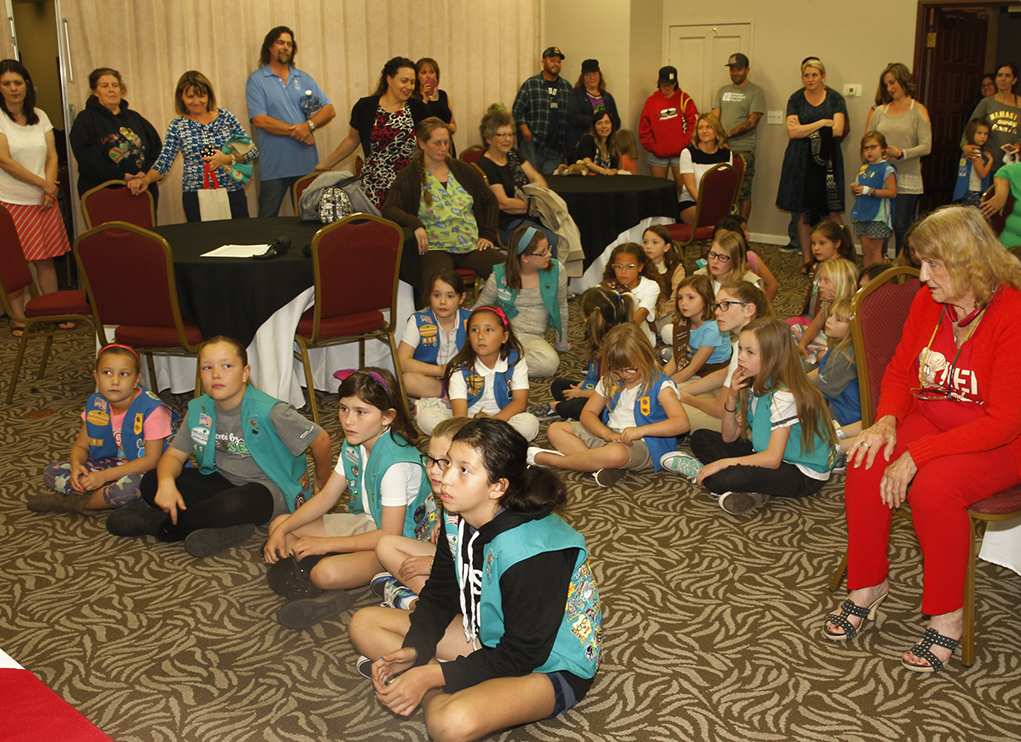 Girl Scouts and their parents listen to the Military Moms explain where the cookies will be sent to. Jillian Danielson/RiverScene