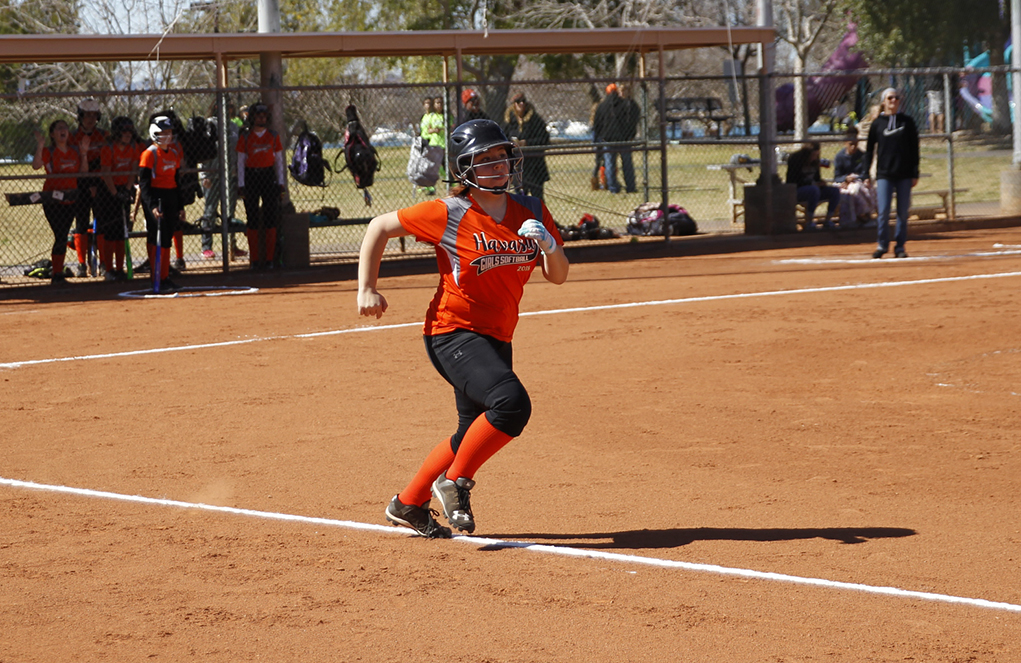 The Havasu Girl’s Softball League kicked off the 2018 season with the opening ceremony today at Rotary Softball grounds.

This season’s league consists of 22 teams with 270 players. Each team of the all-girl league has a sponsorship of a local business in town. 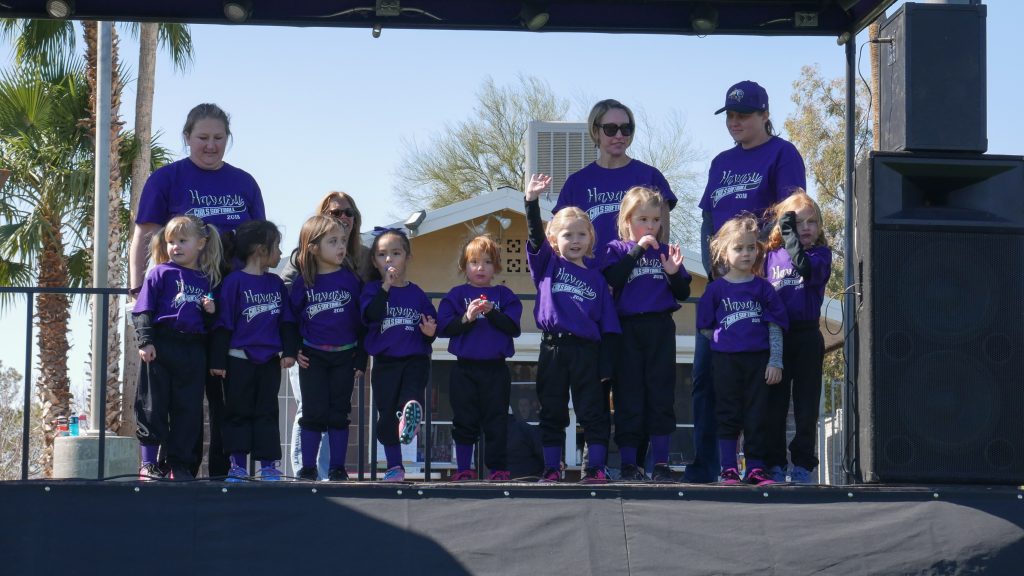 “Our sponsors are what keep this league going” said Shanta Abbott, current treasurer of the league.

The ceremony began with both team and individual player pictures. The teams are divided from T-ball to 14/18U.

After pictures, the team competition for T-ball, coach pitch, and 10U teams took place. The competition involved base running and throwing.

Once the competition was completed, opening day raffle ticket sales opened. All prizes were donated by local sponsors with the grand prize being four baseline tickets donated by the Arizona Diamondbacks. 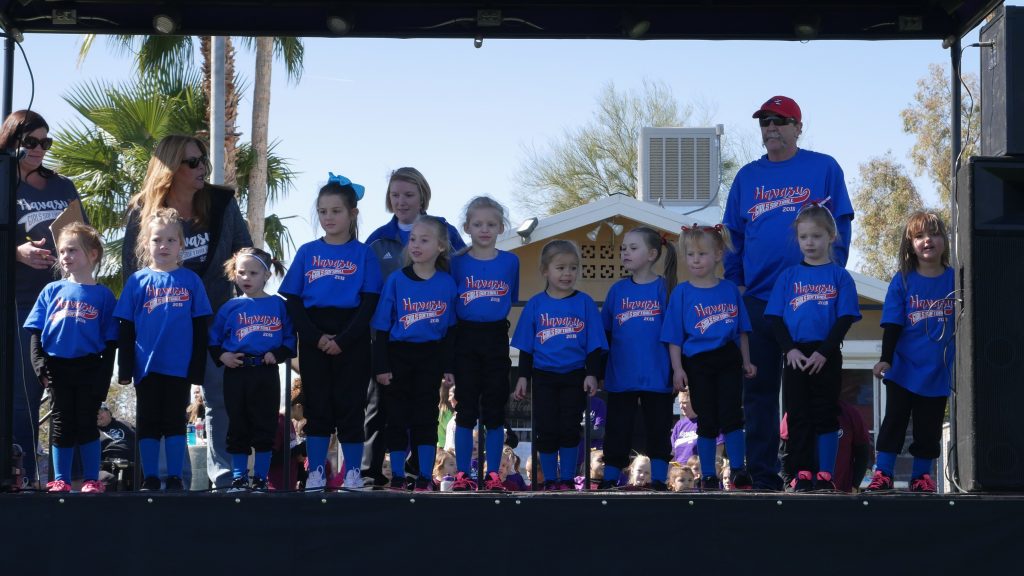 The team “Blue Diamonds” stand on the stage during the opening ceremonies Saturday morning. The Blue Diamonds team is sponsored by Culvers. Mark Colon/RiverScene

The teams took the stage for the ceremony for team/sponsor recognition, team awards and raffle winners.

Once all teams and sponsors were recognized, the 12-member Havasu Girls Softball executive board members were introduced. 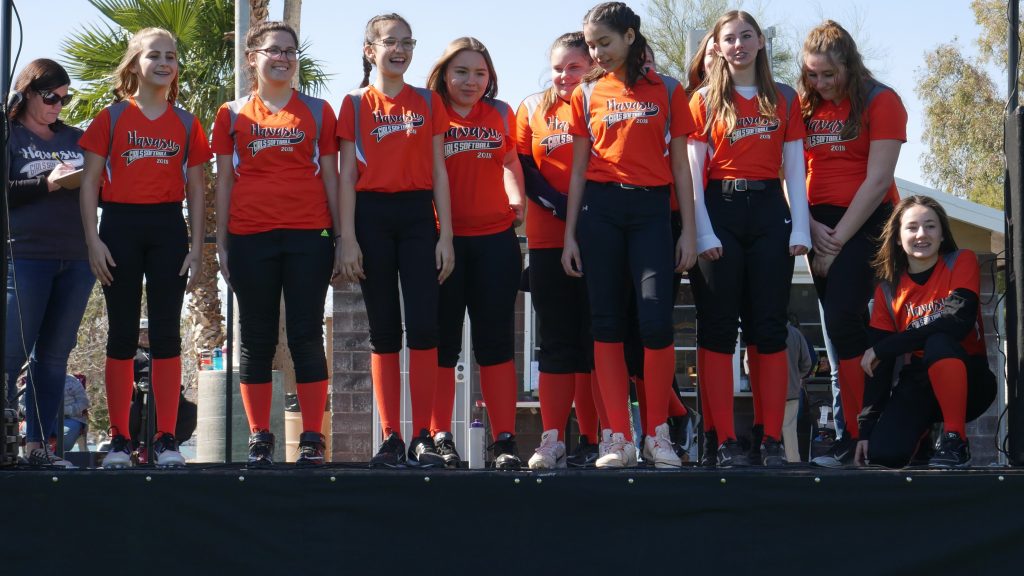 The Crushers, sponsored by Campbell Redi-Mix, stand on the stage during the opening ceremony Saturday morning. Mark Colon/RiverScene 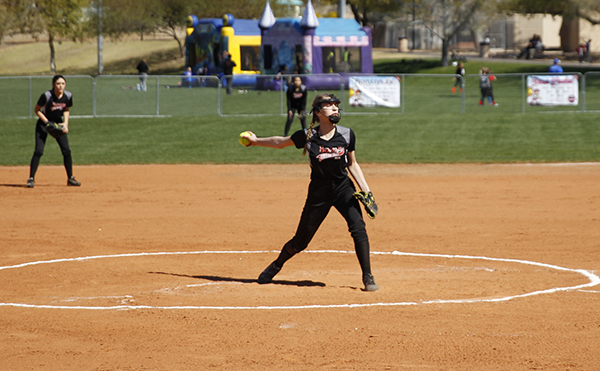 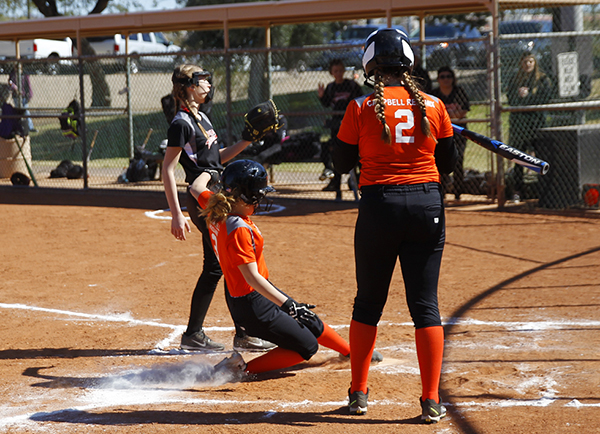 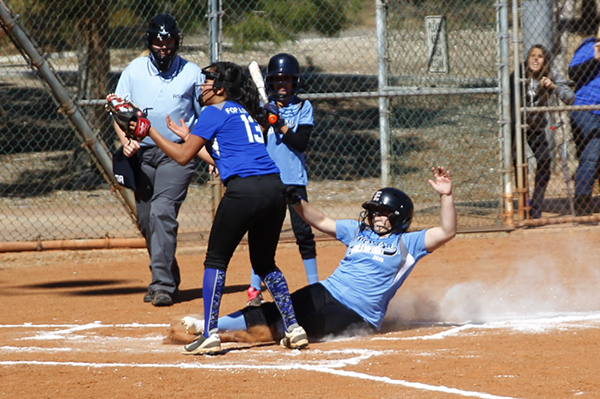