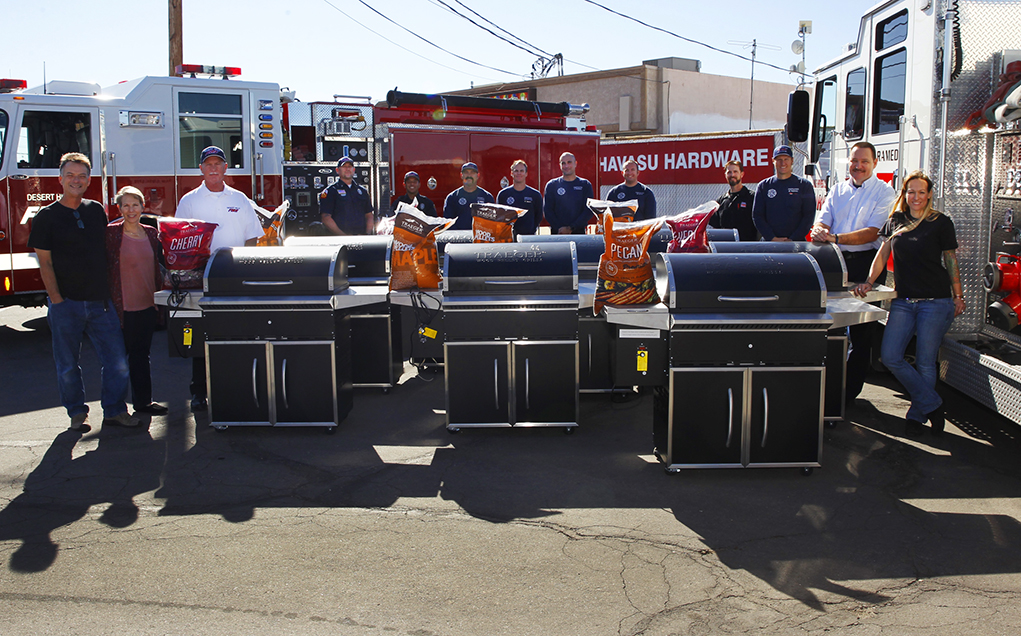 Traeger has contributed to other projects with Havasu Hardware in the past by helping them support Norona Effect and Denise’s Day. 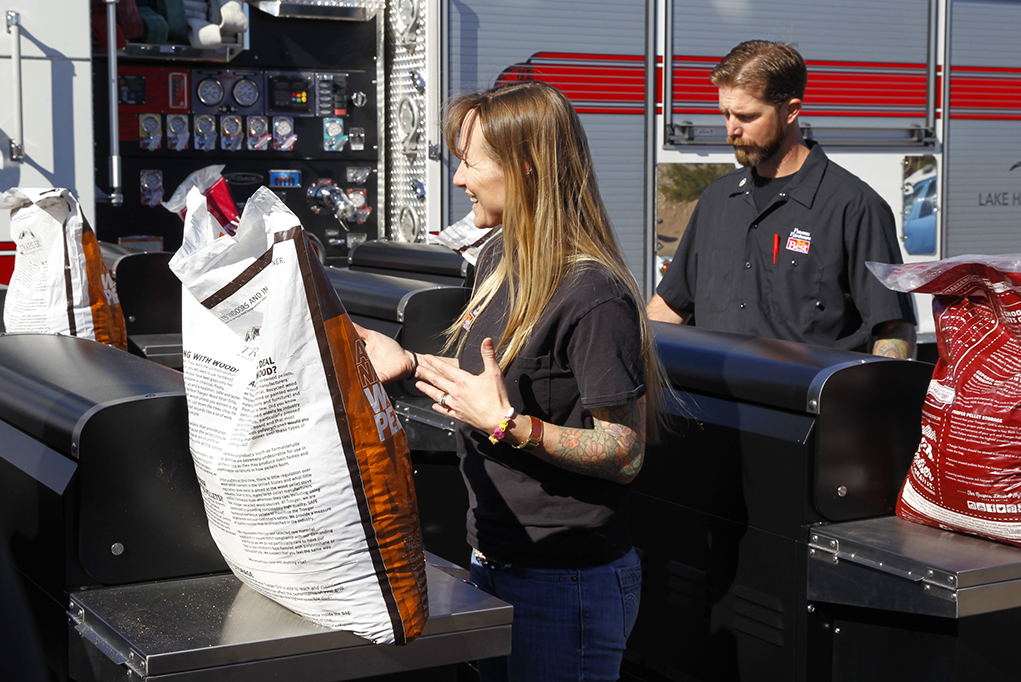 Erica McCorkle of Havasu Hardware, speaks to the firefighters about the donation. Jillian Danielson/RiverScene

The opportunity to donate these grills came about after a push to develop the relationship with Traeger further and become more invested in the brand. After two days of cooking during Winterfest with the Traeger representatives, the whole scope of what Havasu Hardware was able to do came about. After constructing the grills, representatives from all the fire stations received the new grills and pellets.

A Havasu Hardware representative said in email correspondence, “We know it’s not often that you get an opportunity to do something of this caliber. It’s been an honor to be able to give to those that invest so much into our community.” 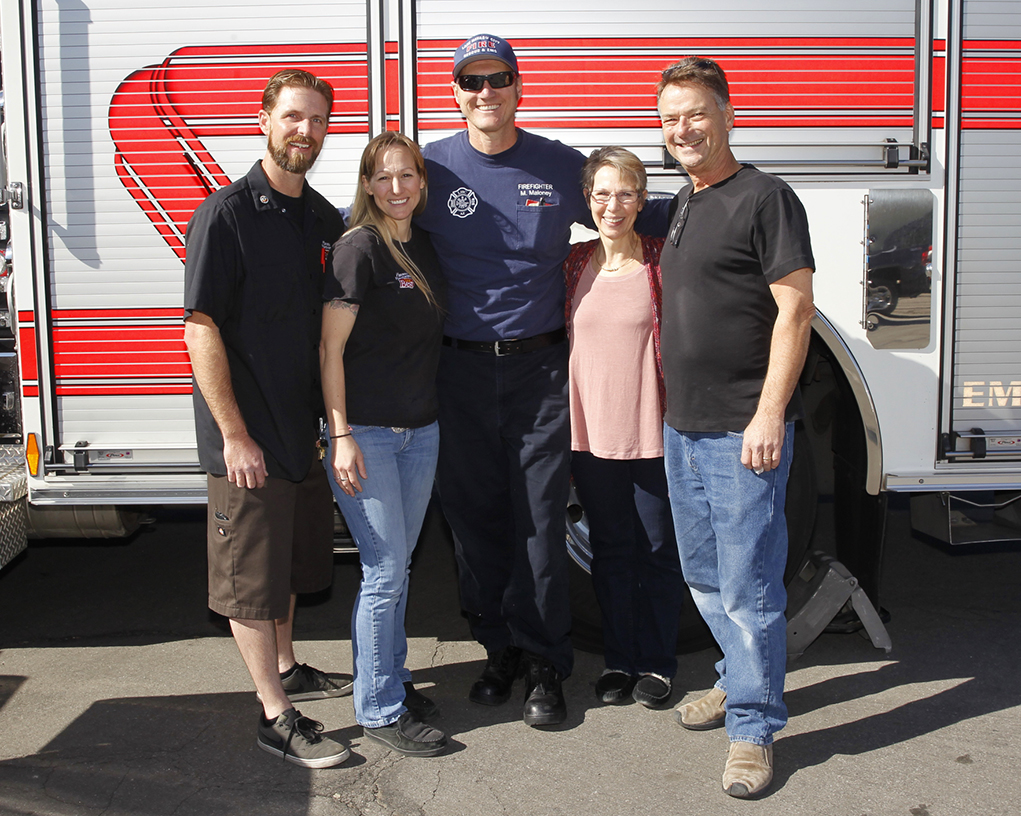 The owners of Havasu Hardware pose for a photo with representatives from Lake Havasu Fire Department. Jillian Danielson/RiverScene 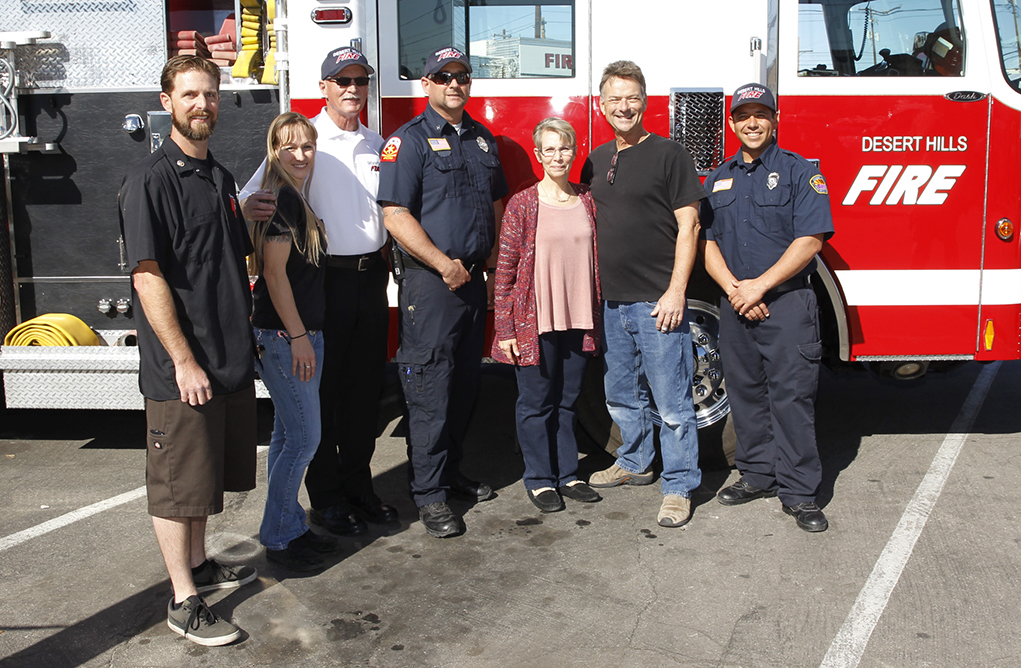 The owners of Havasu Hardware pose for a photo with representatives from Desert Hills Fire Department. Jillian Danielson/RiverScene