Havasu HOPE – A Resource Center For Those In Need 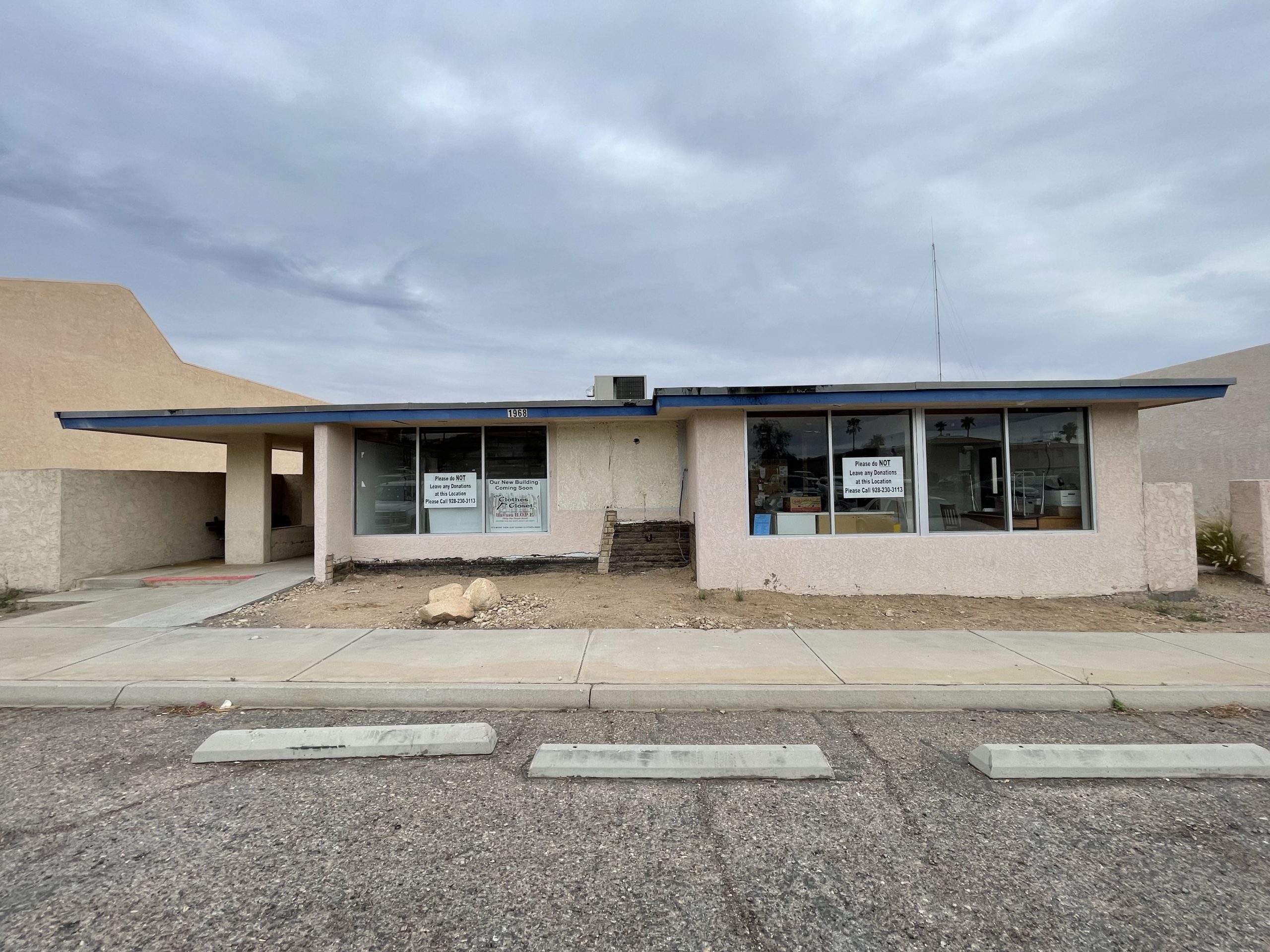 To some, living in Lake Havasu City is like living in paradise, but there are those who struggle and are in need of support and a hand up.

The Clothes Closet has been helping people in need in Lake Havasu City for a while now. The nonprofit has been located on McCulloch Boulevard and has provided clothing at no charge to those who need it.

It is now the big sister to Havasu HOPE (Help Our People Excel).

Havasu HOPE has a new location at 1968 Mesquite Ave., and is in the process of being renovated to ensure the needs of Havasu-area people are being met.

Havasu HOPE is the name of the building that now houses The Clothes Closet. Havasu Hope is being repurposed as a nonprofit facility meant to assist the area’s needy.

The Clothes Closet – and now Havasu HOPE – is the brainchild and labor of love of Christine Watson-Buntemeyer and she has been operating it from her business at Print It Havasu.

And what you ask is Havasu HOPE?

Watson-Buntemeyer said, “Our mission is to help anyone in need of clothing, food or other necessities, always without charge.

“We help find resources in our community they may need, in a judgement-free atmosphere,” she said. 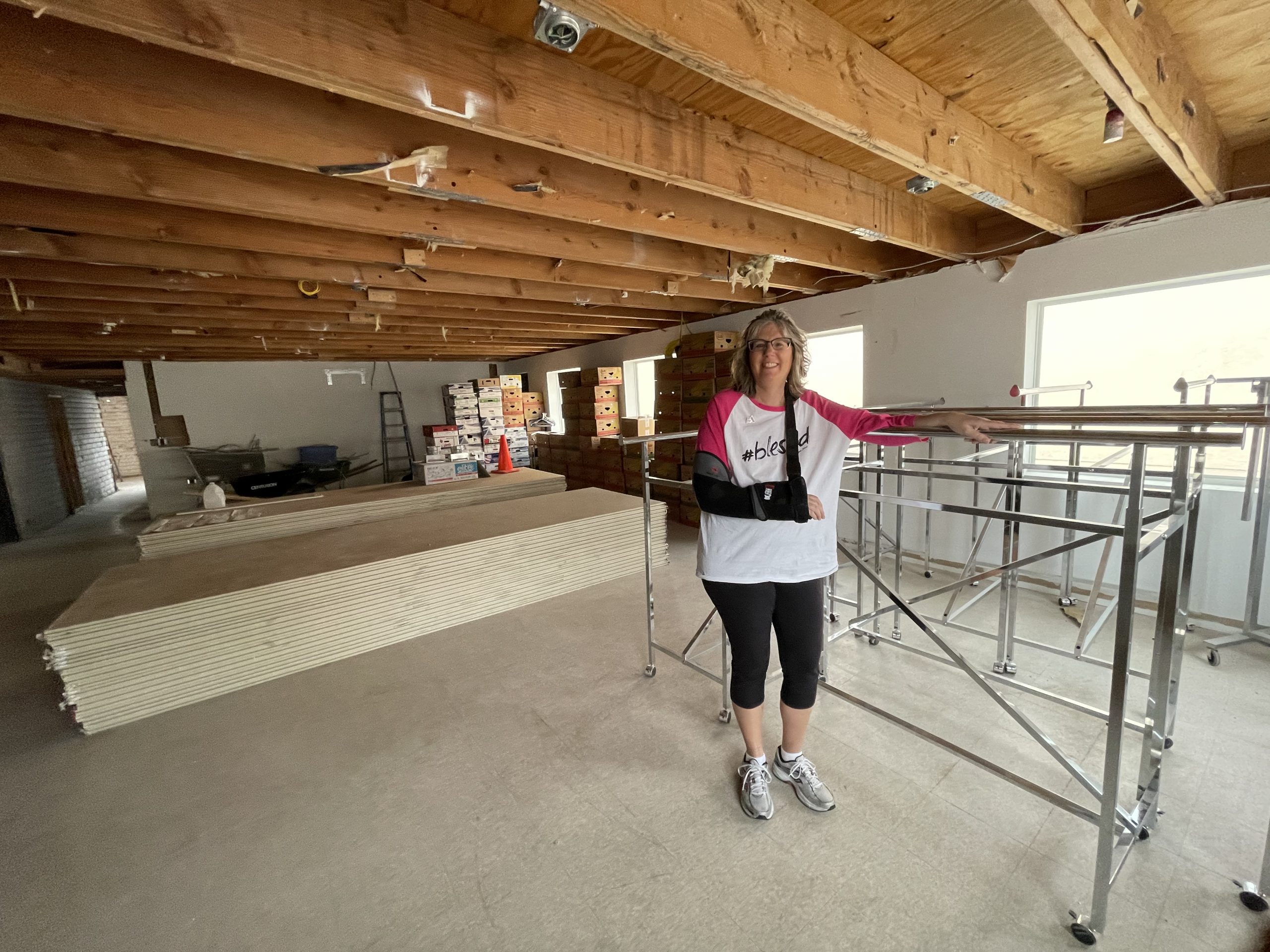 Christine Watson-Buntemeyer stands in the room where the Clothes Closet will be after it is remodeled. Jillian Danielson/RiverScene

Watson-Buntemeyer said clients will include the underprivileged, the homeless, foster children and their foster families, children bullied in school, veterans, senior citizens, and victims of domestic violence.

She said the nonprofit will work with schools, hospitals, churches and other nonprofits with the endgame focused on helping people not slip into homelessness. They do not plan to replace the resources already in place but have the ability to direct those in need to them.

“We have many local families barely able to pay their bills. If they apply for a new job, they may require clothes for an interview, and when hired, clothes to wear to work,” she said.

She added that people affected by a fire may need clothing and other resources to help them get back on their feet, or for those who leave an abusive situation or are facing other adversity need some assistance.

Havasu HOPE plans to partner with other agencies and organizations in the community and has already partnered with River Cities United Way.

“I talked about how you can’t compare one homeless person to another. Homeless people are all different. Some are families who lost their place to live due to loss of job or sickness and some have just had a hard life, some have had something happen to them and they can’t get out, some are on drugs and can’t get off the drugs. We’re all only one step away from being homeless due to accident or sickness.

“I have an 80-year-old who lost everything when he was 60 because he was in a bad accident and in the hospital for two years. He has no family.”

Other groups are helping raise funds and awareness to complete the renovation of the Havasu HOPE building that has been donated. Watson-Buntemeyer said the nonprofit will be self-sufficient.

Havasis, another local nonprofit, hosted a fundraiser at the Flying X Saloon in February and that helped with building funds to purchase nine split AC units. They raised $3,000 at the event. Havasis plans on hosting more fundraisers for the project in the future.

In addition, renovation needs include flooring in 1/3 of the building, a new roof, a concrete contractor to redo the front handicap ramp, security cameras, money for washers and dryers ($5,000), drywall and funds to help pay for the remodel.

“Home Depot donated six toilets, shelving and stuff for a raffle drawing. Contractors have also been really blessing us with their time. But we do need funds to get some big stuff done,” she said.

Havasu HOPE is in constant need of snack foods, socks, underwear, work shoes, sleeping bags and tents. Funds donated will go toward finishing the Havasu HOPE building or to purchase much-needed items. Money can be donated directly at National Bank of Arizona or checks can be mailed or dropped off at the business office. 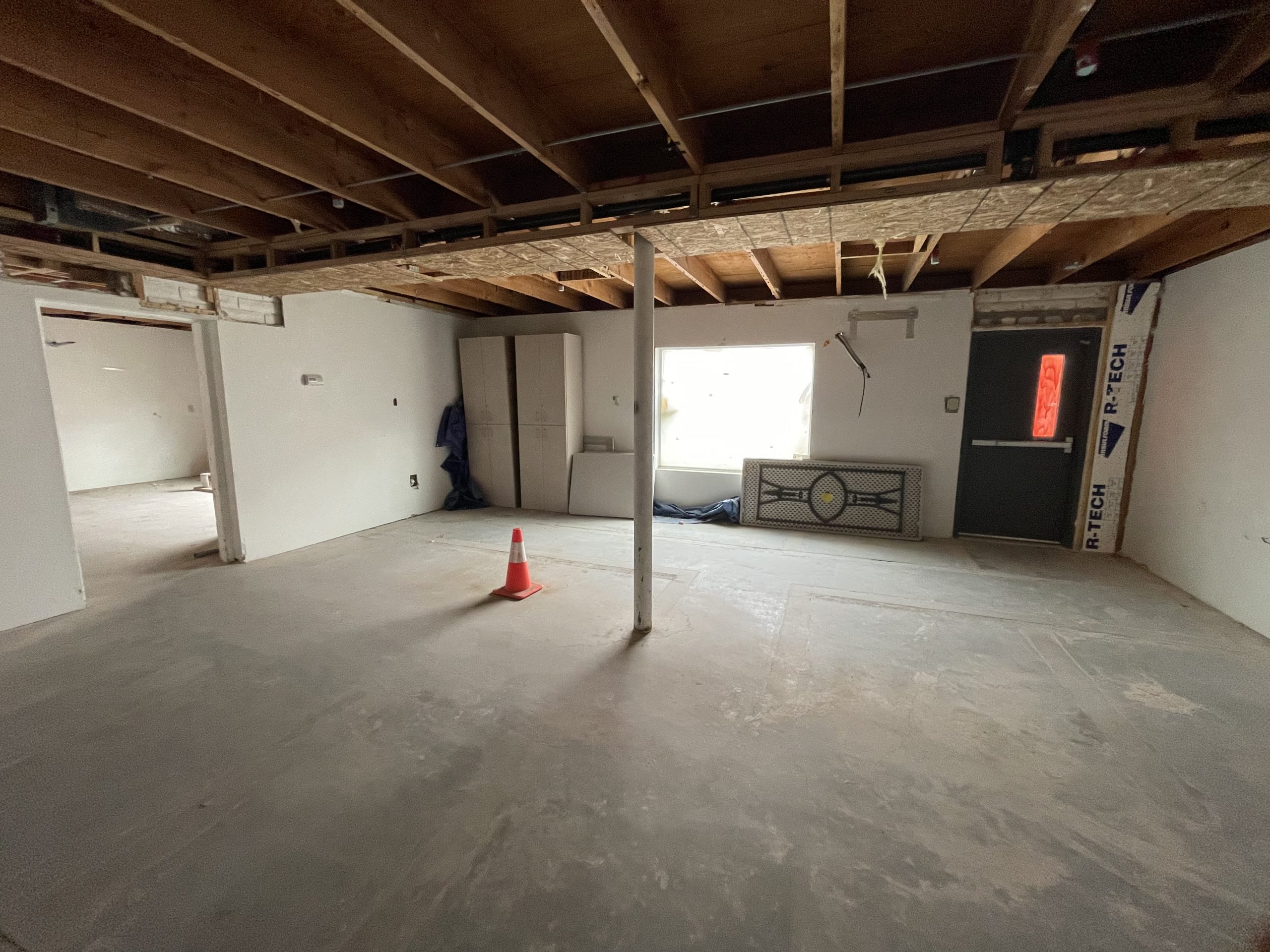