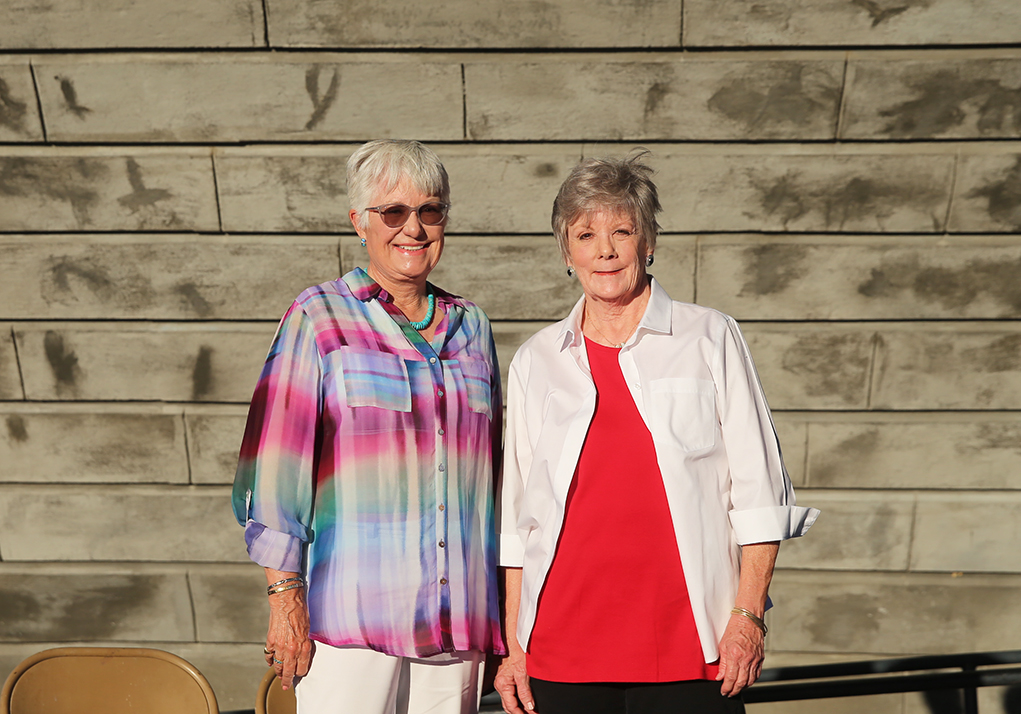 There are two people who had an up-close view of the development of Lake Havasu City and the introduction of the icon that put the place on the map.

They are the daughters of Robert P. McCulloch, Sr., and C.V. Wood.

McCulloch had the original vision of building a city in the desert and Wood was the planner who assisted in bringing the vision to life.

McCulloch began testing his outboard motors in the early ‘60s at Site Six. The area had been a fishing camp and a spot for military personnel to enjoy a little R&R but it was perfect for what he wanted to do.

The city came a little later and then the icon – the London Bridge – became the icing on the cake.

The entire month of October has been devoted to celebrating the 50th Anniversary of the dedication of the London Bridge in Lake Havasu City on Oct. 10, 1971.

And the two daughters talked to RiverScene Magazine Thursday after the rededication of the London Bridge.

“When they did the bridge thing, he’d gone over to London and he came home and said, ‘I bought London Bridge,’” said Robert McCulloch’s daughter Barbi McCulloch-McCoy.

“I said yeah, right. Sure you did dad. I really believe that.”

“And he said, ‘No, no. Woody and I went over,’ and he told the whole story. They put in a bid, and they won the bid and he told the family what they were going to do with it,” she said.

“I think being his daughter and having none of those genes, the vision that the man had and Woody (C.V. Wood) – I give as much credit to Woody as to my dad – the vision they had to do this …”

“When my mom passed away, I came to live with him in ’67 when they were finalizing the deal on the London Bridge. I was with him in London,” Debby Wood said. 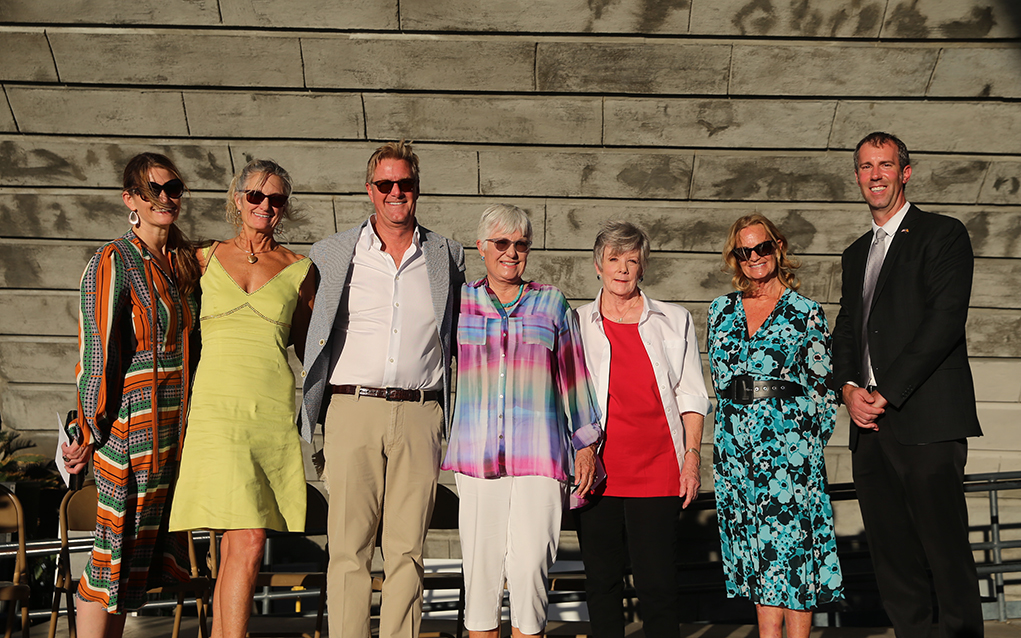 The McCulloch Family, Debby Wood, and Mayor Cal Sheehy pose for a photo under the London Bridge. Jillian Danielson/RiverScene

Wood lived in Lake Havasu City and worked at what was then called the Nautical Inn and then at Abbot Interiors.

“I wasn’t married here, but I lived here with my first husband after I was married,” she said.

Her visit during the 50th Anniversary Celebration was her first time back in Lake Havasu City for 30 years. “It was just a must,” she said.

“Designing for dad was kind of natural for him after designing Disneyland and Six Flags Over Texas,” Wood said.

The partnership between McCulloch and Wood, according to both daughters, is thought to have begun at a cocktail party.

McCulloch-McCoy said, “Dad said to Woody, ‘Are you tired of building those kiddy parks?’ Cause Woody at that point was working on Six Flags.

“Woody asked what he had in mind, and dad said, ‘I want to build a city in the desert out in the middle of nowhere.’ Woody said, ‘I’m in let’s do it,’” she said.

The rest, as they say, is history.

“Somebody said dad and Woody met at Disneyland and dad had a broken leg and was in a wheelchair … never happened,” McCulloch-McCoy said.

“They had an instant friendship and it stayed that way until the end,” she said.

“They needed a gimmick to put Havasu on the map. They were flying people out from the Midwest when it’s 40 below out there and beautiful here. They just needed something to push it over the edge,” she said.

Both daughters agreed that many of the duo’s best ideas would come during a cocktail hour.

“A lot of the stories revolve around having a cocktail. I’ll just leave it at that,” McCulloch-McCoy said.

Wood said that she heard that flying between Lake Havasu City and Los Angeles – after cocktails – a lot of plans were made.

In fact, naming the city’s streets came from a moment when the two were asking engineers and staffers for favorite names and names of first girlfriends to name city streets, so the story goes.

Both agreed that engineering city streets was serious business and was best left to the professionals and engineers they hired to build Lake Havasu.

McCulloch-McCoy said, “Mom was always kind of in the background. It was like ‘RP has another hairbrained scheme.’

“As the mayor said, this was probably the craziest thing he ever came up with which is true, and Debby can attest to this …

“When my dad died, they had this idea to build their own country out in the middle of the ocean with a submerged island and there would be no taxes,” she said.

Wood concurred, “They were tired of paying taxes and I’m sure it was a scheme, but it was great cocktail conversation. You could never tell if they were serious or not. I mean come on what are you going to come up with next?” she said.

McCulloch-McCoy said her father actually thought about buying the Leaning Tower (of Pisa) and moving it to another location.

“They’re probably up there going, ‘Wait a minute girls. Don’t tell all of our stories.” McCulloch-McCoy said.

McCulloch said when her father died in 1977, C.V. Wood sort of became her father.

The two girls never met as children and young adults because they always lived in different locations. They both agreed had they met, they would have probably been good friends.

They both agree their fathers were visionaries.

Wood said, “I don’t know how to compare it because not too many people set out to design a city and then have it … they would both be so pleased to see how it has come out and how is it now. It’s just incredible. I am so thrilled for everybody.

“I saw a lot from the beginning. There were no roads or anything. There was no nothing. There was the airport, some apartments, and a few trailers around the circle. So, it’s been amazing to watch it grow. And being here when the bridge came and watching it being built was amazing,” she said.

“I remember when I was really young, when they started coming out here to test boats at Site Six. I remember that. I remember the little one-level motel that was by the launch ramp,” McCulloch-McCoy said.

She said later they started coming to Lake Havasu more and buying and selling real estate. “Dad said he was going to develop out here and I said ‘OK dad, whatever.’”

“He was a great guy with a tremendous vision, and every time I come out here … we try to come once a year … it never ceases to amaze me what he did…what he did for the state for all the people around here. I never stop being in awe and wished I had inherited some of that part.

I’m proud to be his daughter. Let’s put it that way,” McCulloch-McCoy said.

Barbi McCulloch-McCoy and Debby Wood pose for a photo under the London Bridge. Jillian Danielson/RiverScene

One Response to “Havasu Iconic Visionaries’ Daughters Remember The Beginning”