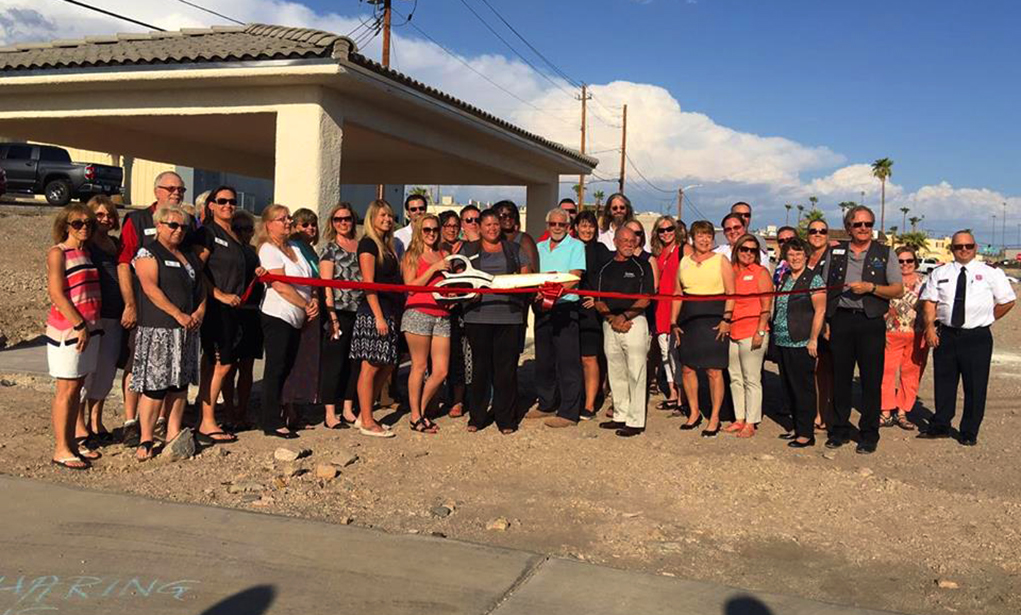 Giant scissors and a big red ribbon marked the opening of a new outdoor community pavilion and a deadline met after five months of hard work.

Thanks to Leadership Lake Havasu (LLH), formerly known as the Havasu Leadership Development class, the dreams of the Salvation Army Worship Center on Swanson came true.

Wednesday evening was a time for celebration as this year’s LLH community project was opened to the public. 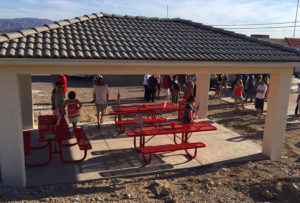 The pavillion sits outside of the Salvation Army Wednesday evening after the ribbon cutting. Jillian Danielson/RiverScene

Stephanie Lueras, Lake Havasu City Corps Officer, said, “This was one of our bucket list ideas. We keep a running list of different ideas that we have that would improve the programs we have or the services we provide, but that we not necessarily can afford to put into our budget. It’s been incredible to see this one come to life.”

Ashlee Milacki, project manager of LLH, said, “We decided we could do something for, not only the community, but for somebody who provides services for those who are in need.” With “constant communication” and help from people with connections, the project made plenty of progress, despite Milacki being new to the position of project manager. “It was a struggle, but nothing’s easy.”

What made it easier for her was guidance from her classmates and instructors.

Debera Gregg, ambassador for the Lake Havasu Area Chamber of Commerce, said, “They said they needed a roofer and I said ‘Oh! I got a brother!’” That brother is Larry Griffith, who volunteered his time and installed the roof for the pavilion.

Mayor Mark Nexsen said, “They’ve done a number of wonderful projects throughout the city, including the park that I look at everyday out my window, there on McCulloch, right next to the police department, so I just wanted to be here to show support and to commend them on the work they’ve done.” 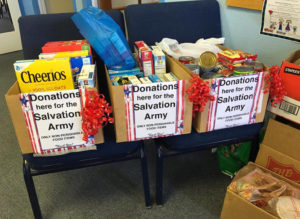 Lueras said, “People get to come and … escape from the world. I have been blown away by the support that the community has put into this project, that everybody has been so generous.

“The LLH has also worked with Lowe’s to do some extra projects inside the facility here. They’ve replaced all our ceiling tiles and all our lighting lenses. They’re gonna be repairing our broken lights. They’ve done a little remodeling in the bathroom. They’re gonna be replacing our flooring. I mean, this is stuff that we wouldn’t have been able to do on our own and our community has come out and done this for us. We couldn’t be any more thankful for it.”

Even more will be done for the Salvation Army, including a misting system and signs.

As Milacki said, “We still have a lot to do.”