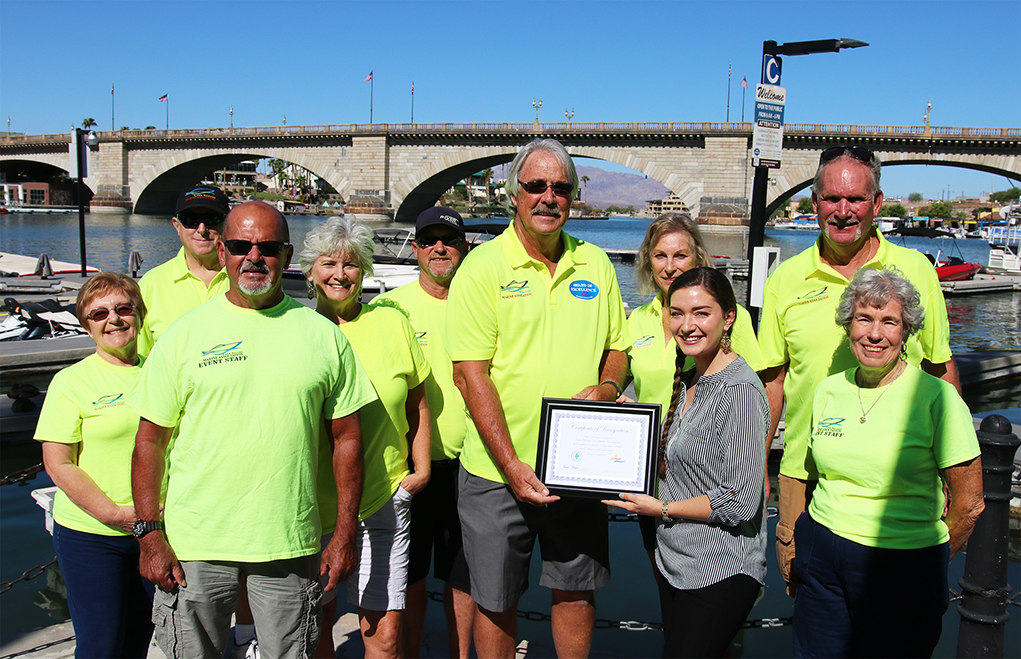 The Lake Havasu Marine Association, dedicated to the conservation of the much used recreational waterway, received the city’s Water Conservation Recognition Award Wednesday in a ceremony at the Shugrue’s Bridgeview Room.

Briana Morgan, water conservation specialist with Lake Havasu City Water Division, selected the Marine Association this year for outstanding effort related to water quality and the programs associated with it.

Morgan said, “Our Water Conservation Recognition Award is a program that I run in which we showcase individuals, businesses, or entities that have done something significant that helps conserve water or aids water quality. In the case of the Marine Association, they are being awarded for both conservation and quality. They are being awarded for the programs they have had implemented for a long time, and for helping us with our lake mapping bathymetric study.”

Mayor Cal Sheehy was on hand to present the award as well as offer words of recognition praising the work the Marine Association has done in the community and in conservation. 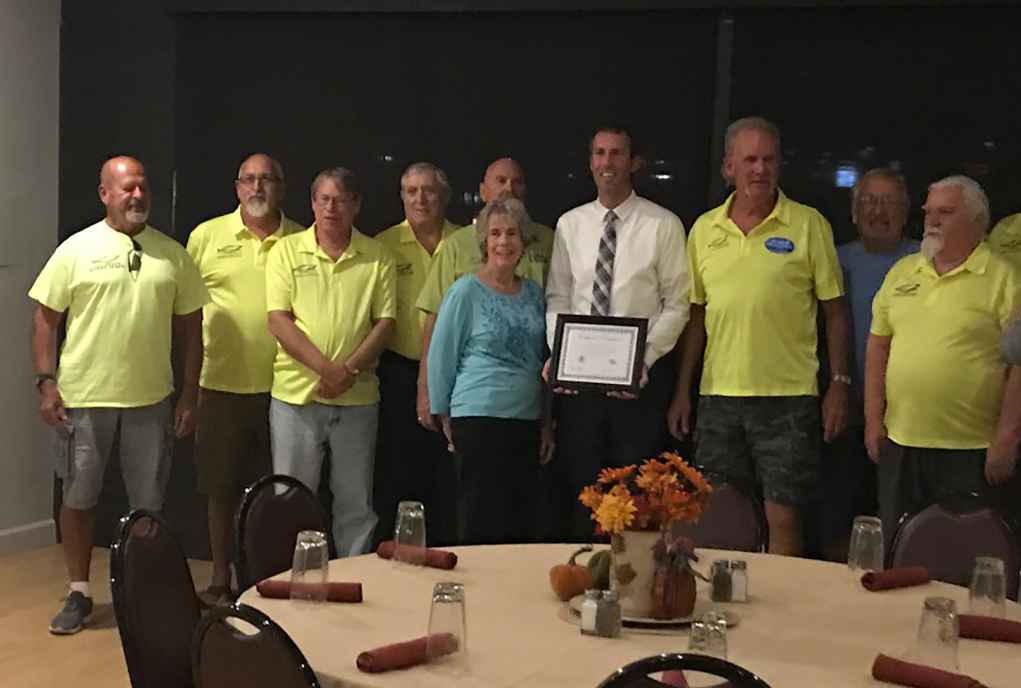 Pack It In, Pack it Out

Sheehy noted the Pack it in, Pack it Out program the Marine Association has had in place since 2009.  The Association has installed trash bag posts around the lake that hold rolls of trash bags that boaters can use to store their trash on their boating outings.

“They have on average provided 100,000 trash bags annually to our boating community since 2009 and currently have 68 trash bag posts in various areas around the lake. This is enough trash bags to contain 26,854,300 pounds of trash (since 2009) which could have potentially ended up in our lake if boaters were careless or lazy and chose to just dump trash into the lake rather than pack it out. This is also equivalent to nearly 13,500 tons of trash since 2009,” Sheehy said.

Another highlight pointed out by Sheehy outlined the efforts to map the topography of the lake beneath the surface. “The Survey, which is still being developed, allowed us to map the bottom topography of Lake Havasu. This is extraordinarily useful information for understanding the hydrology of our lake and the storage capacity of our lake (among many other benefits), which helps the City’s and the Bureau of Reclamation’s efforts for water reporting. Essentially, it allows us to know just how much water we actually have stored in our reservoir (as it has changed/reduced over the decades due to infilling of sediment), and how exactly that water flows through our reservoir; it’s an amazing tool for water managers and researchers.”

Know Anyone Who Deserves Recognition?

If there are individuals or an organization that deserve to be nominated for water conservation/quality efforts, contact Briana Morgan, with the Lake Havasu Water Division.