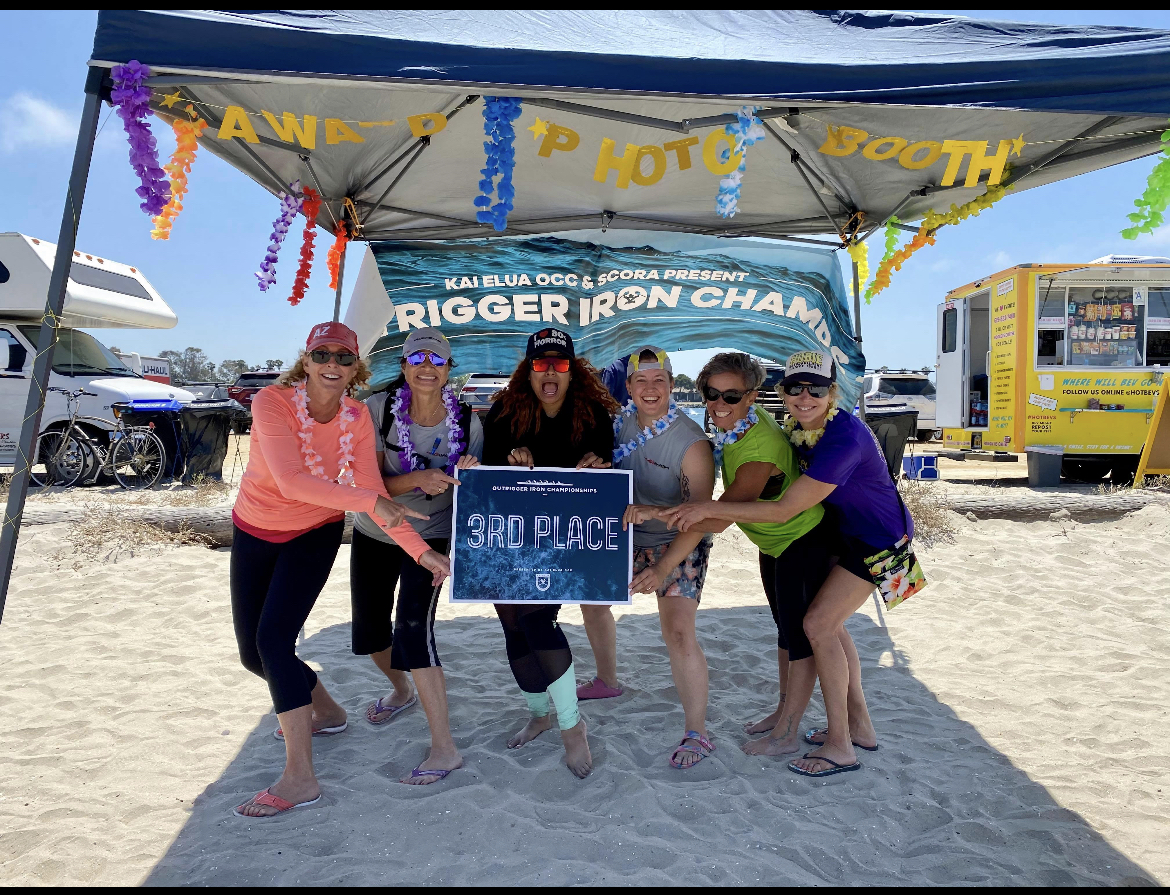 The race was June 26, sponsored by the Southern California Outrigger Canoe Association, or SCORA. Board member of the LHC Outrigger Canoe Club, Michele Kirkpatrick said, “This is the race that is attended by the elite paddlers in the paddling communities under SCORA.”

The crew from Havasu has only been paddling for less than  a year and yet with the help of their recruitments, they took third place in the Open Women’s Division in their first ever race against 10 other canoes.

“Angela Rox, who sat seat one, and Hendrix, who sat seat four, said afterward that they were a bit confused because they couldn’t see any canoes ahead of them,” Kirkpatrick recalls. “Then they figured out that they were in first place the majority of the race and were thrilled. Only towards the end did the other two canoes pass them.”

The win comes as a surprise because the channel out of Mission Bay was, “As rough as can be,” according to Kirkpatrick, “And there were 10 foot swell past the jetty. They weren’t prepared for that kind of water, because we don’t typically get to paddle in rough water with swells like that. They should be extremely proud of themselves.”

The team was met with high fives from their coaches Gary Mortimer, Larry Lutz and Ken Smith upon their return.

To prepare for the race, Kirkpatrick reports that the team practiced for a minimum of two months, meeting every Tuesday, Thursday and Saturday at 5:30 a.m. They will pick up this training schedule again soon for another race in November, Another Dam Race or ADR. This course usually starts at The River Lodge Resort in Parker and runs to the Blue Water Casino. 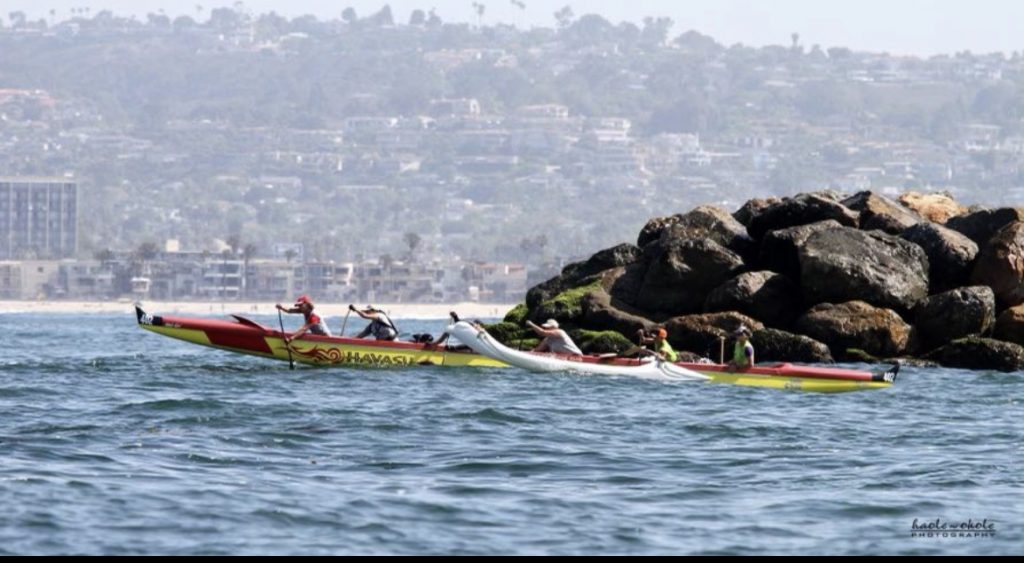 The LHCOCC was founded 16 years ago by David Vidad of Lake Havasu City on July 5. Kirkpatrick describes them as an Ohana, or family, of about 30 paddlers. Always looking for more paddlers, their schedule is on their website www.lhcocc.com and the group is open to paddling a variety of days and times if there is a need.

Not all paddlers in the club have to race, and Kirkpatrick assures that, “We don’t always paddle at ‘race pace;’ we paddle at a ‘recreational pace’ too! Come paddle with us a couple times and you’ll see what we mean.”

The club hosts gettogethers for social events other than paddling practices as often as they can. Kirkpatrick recalls a special day on the lake called Sprint Saturday where the members race each other, including paddlers from their sister club the 9th Island Outrigger Canoe Club in Las Vegas. “Of course we have a feast on the beach as well. We have a lot of fun.”

Upcoming for the LHCOCC, they are hosting their 3rd Annual Havasu Heat Race March 19, 2022. Paddlers of all kinds come to race in Havasu Heat, from Phoenix, Alaska, California, Nevada, New Mexico and Hawaii. The race will be held at Rotary Park and the courses will run South, down the river.

“It’s an exciting race!” Says Kirkpatrick, and encourages those interested to check out the LHCOCC website, or email the club at lhcocc10@gmail.com 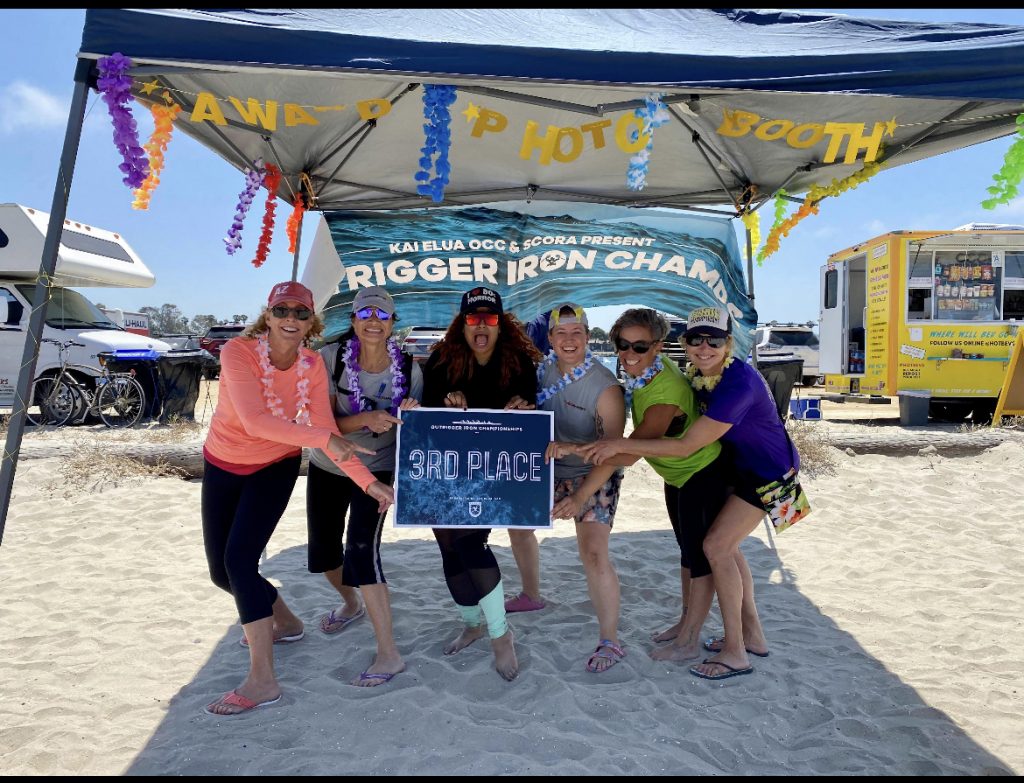