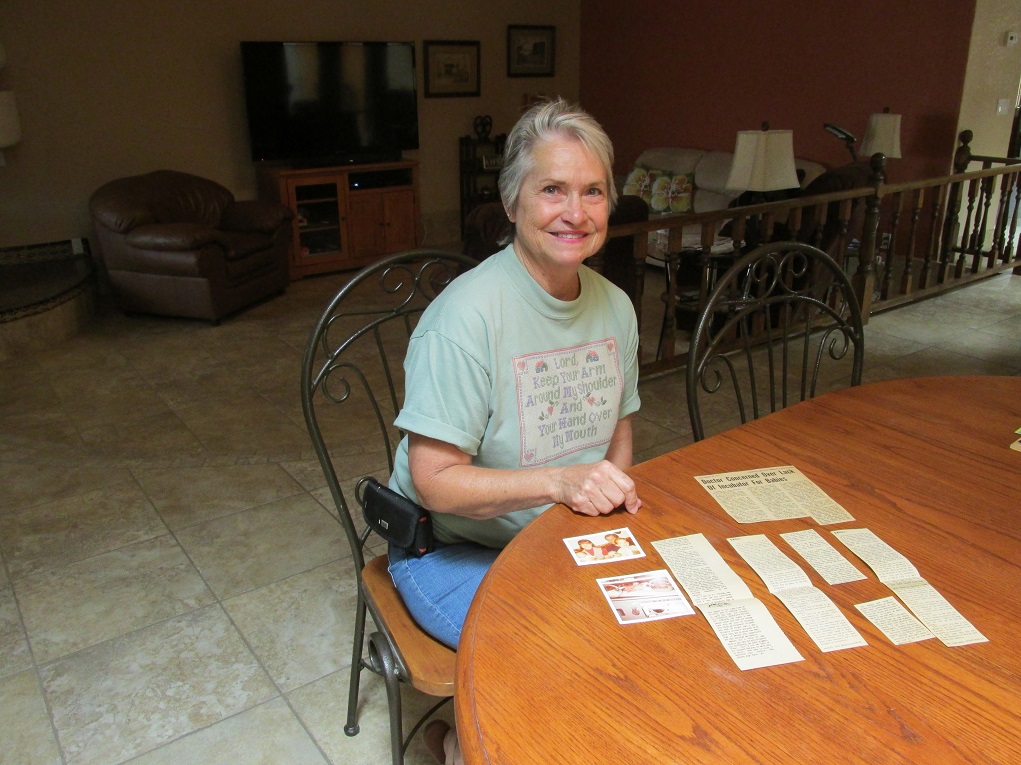 Vicki Hart gave birth to her son Duston in a sparsely staffed doctor’s office in Lake Havasu City in November of 1971. The newborn was breach, and premature. The nearest hospital was an hour’s drive, and the nearest Neonatal Infant Care Unit was in Phoenix.

“I wasn’t due until December 6,” said Vicki Hart, who was named Vicki Baker back then. “I was doing my normal thing. I’m at the grocery store, and I visited my mom. I got to not feeling well so I laid down.”

“Upon exam, my water broke,” Baker said. “The doctor said, ‘we’re having a baby right now,’ and, honest to God, 20 minutes later is was over.”

At the time, the scramble and ante hinged on a few details. The first being that Dr. Nelson’s office had been opened a few months earlier and was staffed with one employee – a receptionist. There was no medical support staff, no birthing supplies, no ambilocal cord clamps.

Secondly, it was Havasu’s lunch hour and other doctor’s offices in town weren’t responding to the Dr. Nelson’s plea for help – and an OB pack – during the fast delivery. Furthermore, the baby was breach and three weeks early.

“We knew he was breach before this started,” Hart said. “But, Doc was hoping he’d turn in time.”

Originally, the birth plan was to travel to Kingman’s Mohave General Hospital when Hart went into labor. Hart had her concerns with the bumpy drive involved simply because her first son, Brad, was born within two hours and 45 minutes. He, too, arrived a few weeks early.

“I told Doc, I don’t think I want to go out the bumpy, hilly road,” Hart said. “It wasn’t the highway of today, it was the old London Bridge Road.”

Dr. Nelson insisted that the hospital in Kingman was the best bet. Back then, women would be transported to hospitals in Needles, Calif., or in Kingman for the big day. Baby Duston had other ideas.

“This all happened over lunchtime, and Dr. Nelson still had office hours,” Hart said. “He carried me to his station wagon and took me to another doctor’s office so the staff there could keep an eye on us.”

The office affixed an adult-sized oxygen to the newborn, Hart said. The portable oxygen tank was provided by Dr. Anderson, who was a dentist practicing down the hall from Dr. Nelson’s office.

“He did fine with that, and we readied our clothes; they were going to send us home, we were all dressed to go home,” she said. “Dr. Nelson finished his office calls and checked on us at 5ish. But, with his Kingman schedule having him out of town for the next few days, he took the baby to the hospital with him that night.”

Dr. Nelson’s responsibilities as a doctor took him to Kingman on Wednesdays and Thursdays to perform surgeries at the hospital there. He would travel there Tuesday evenings to prepare.

“If it hadn’t been hospital day that day, we would’ve lost the baby that night,” Hart said. “During the feeding at about midnight, he could not eat and breathe.”

The Baker family traveled the bumpy road to Kingman in time to see Baby Duston air-evacuated to Good Samaritan Hospital in Phoenix.

“It was 4:30 p.m. when they sent my baby to Phoenix, and I couldn’t go with,” Hart said, who stood on the tarmac and watched the plane fly away. “It’s just tearing your heart out and you just don’t know if you’ll see him again, and then realizing I didn’t bring a camera, and I didn’t get a picture of my baby.”

That weekend, Hart sent a camera to Phoenix with her in-laws because she herself wasn’t cleared medically to make the trip. 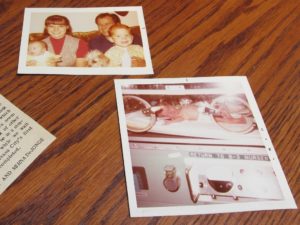 Top left, The Baker family in the early 1970’s in Lake Havasu City, Ariz. Bottom right, Duston Kurt Baker, photographed within an incubator at Good Samaritan Hospital in Phoenix within a week of his Havasu birth.

“One month earlier was the dedication of London Bridge,” Hart said. “So, I went down there to take pictures to use up the film so I could have my baby pictures.”

It was a week and a half before Dr. Nelson cleared Hart’s travel to Phoenix. After nearly four weeks there, Duston returned to Havasu Dec. 11.

“Duston truly is one of the true natives of Havasu,” Hart said. “There are others who were born in this way, but most at that time were born in Needles, Calif, or Kingman.”

At the time, Havas’s population was in the vicinity of about 3,500 citizens. Hart was a waitress at the Frigate.

Duston Hart’s quick birth and life-threatening complications that followed were amid a dust-up in town about the lack of infant care. There was news correspondence about the ordeal – and Duston’s birth – in a local newspaper, Lake Havasu City Herald, published Nov. 25. 1971.

The article was penned by Herald reporter Jack Hardy, who had misspelled names, but the message was clear. 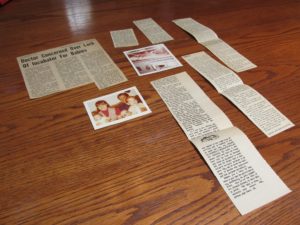 A collection of Letters to the Editor, an Opinion article, and a news story, all that had published by Lake Havasu Herald in late 1971 in the wake of the high-risk birth.

Havasu’s hospital Auxiliary already had identified the need for an incubator in the city. The item was discussed, voted on, and approved in May after another baby doctor, Dr. Richards, lost a baby during a delivery. According to the news story, it was that group that raised the funds to purchase the incubator. The cost was about $1,000. The project was tabled when Dr. Richards left town.

What stymied the purchase was an inability for those involved to agree on where the medical equipment should be stored among the doctor’s offices in town. And, there was conflict amid two separate hospital auxiliary groups in town even though their goal was the same – a new hospital in Havasu.

“My suggestion is that an incubator be obtained and not kept at any medical office, but at the fire station where it would be available to any doctor at any time to save a life,” Nelson stated in the 1971 news story.

Nelson continued to speak out, “It possibly might cause a meeting of the minds if the group were to see a tiny, red, wrinkled little piece of humanity who is here before his time and desperately needs warmth and oxygen, and the machine necessary to administer to him is still in the surgical supply house because people had put having their own way over his life.”

A series of Letters to the Editor and Opinion pieces also were published in the weeks following Duston’s birth. All centered on improving medical equipment for expecting mothers and the fragile lives of their newborns.