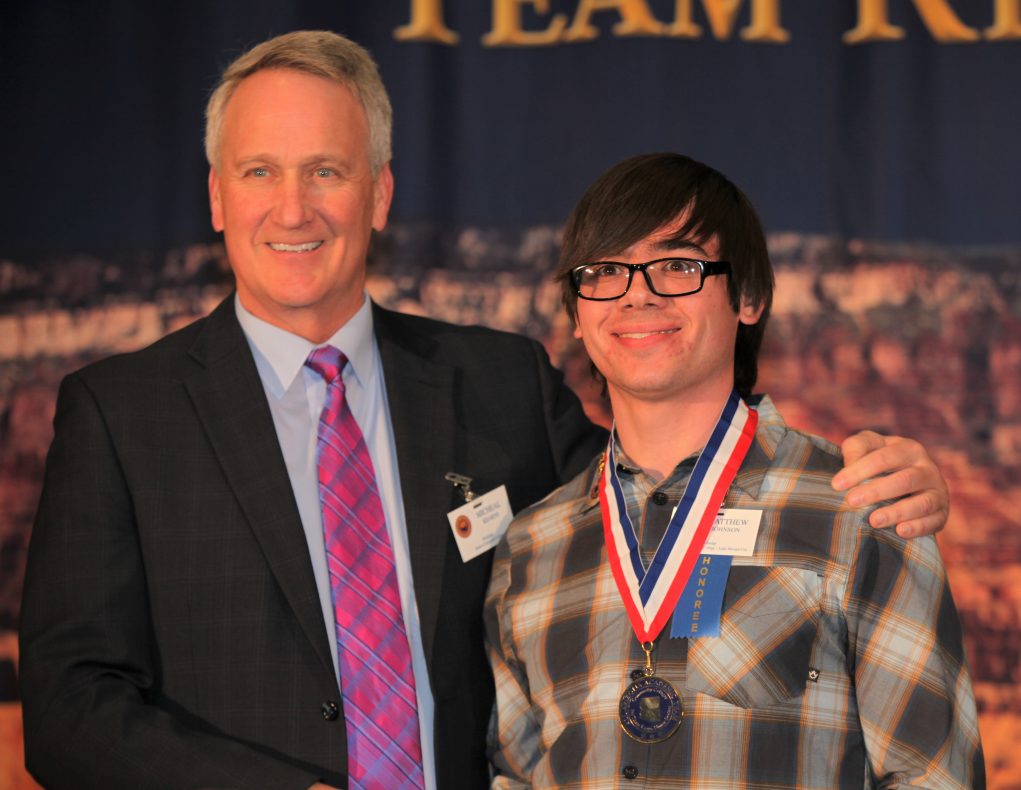 Johnson, 19, and his sister, Kendra, 16, spent their K-12 education as home-schooled students taught by their mother and father, Sherry and Joseph Johnson. During that time, homeschooling had less available resources and established curriculum, so Sherry complied workbooks and textbook materials to self-build a curriculum. 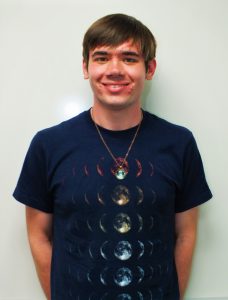 “My mother taught me until I was 14 and then I started basically teaching myself.” said Matthew Johnson.

At the age of 16, the Johnson family decided that Matthew was ready to graduate. Since the curriculum was not attached to an accredited association, Johnson attempted the General Education Diploma test. He successfully received his diploma on the first try.

In the Fall of 2015, Johnson enrolled at Mohave Community College to pursue an Associates of Sciences.

“Science has always been my favorite subject. My mom always pushed me to go to college. I always wanted to be a scientist since I was a kid, so I decided that I should start taking classes.”

After his first year as an MCC student, he was referenced by Math instructor, Timothy Mayo, to be a Mathematics tutor in the Student Success Center. He has been a math tutor for over one year.

In 2016, Johnson was a star-student and received an invitation to join the Phi Theta Kappa Honor Society. He immediately became involved in the organization by upholding multiple officer’s positions including Public Relations Officer, Officer of Finance, and Vice President of Leadership.

“[PTK is] amazing. My English instructor, Dan Pund, suggested it. He talked me into it. I made friends, I have never made friends really. Most of the friends I made had been there and that was important to me, not just academically, but also socially.”

During Phi Theta Kappa, Johnson was apart of the Honors in Action project that won an award at the State Level P.T.K. Conference.

“I did a lot of academic research. We were trying to get parents more involved with their kids over craft projects and developing fine motor skills.”

Johnson’s academic recognition did not stop there. He also won the Resident Faculty Scholarship where he was handpicked by faculty members for the award. He has also received Student Activity Council recognition award and Phi Theta Kappa recognition award. 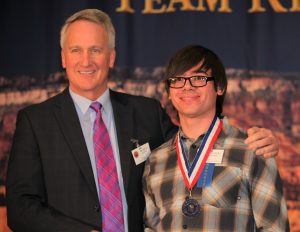 Most recently, Johnson received the Arizona Academic Team Scholarship through Phi Theta Kappa. Johnson was one of only two honorees from Mohave County. The scholarship is a full-tuition paid opportunity.

Spring marks the final semester for Johnson at Mohave Community College. He will be graduating with a 4.0 GPA.

Johnson will be transferring to Northern Arizona University in the Fall as a Biology major. 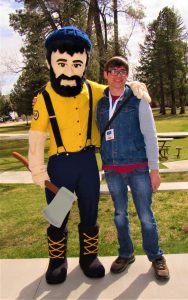 Over the summer months, he will be participating in an undergraduate research program held at NAU. The 10-week paid program will involve both field and lab research involving an ecological topic.

When Johnson is not occupied with his studies, he enjoys hiking, hanging out with his friends, and—come mid-April—will be training for his SCUBA certification.

Johnson said that they key to academic success is to “never stop or be satisfied. Do something you like and that if there is something that seems too far off, you should still try to do it. Always apply to things and always be driven.”

He is a remarkable example of a non-traditional student success story. Matthew Johnson has excelled as a student, community advocate, and young scientist.