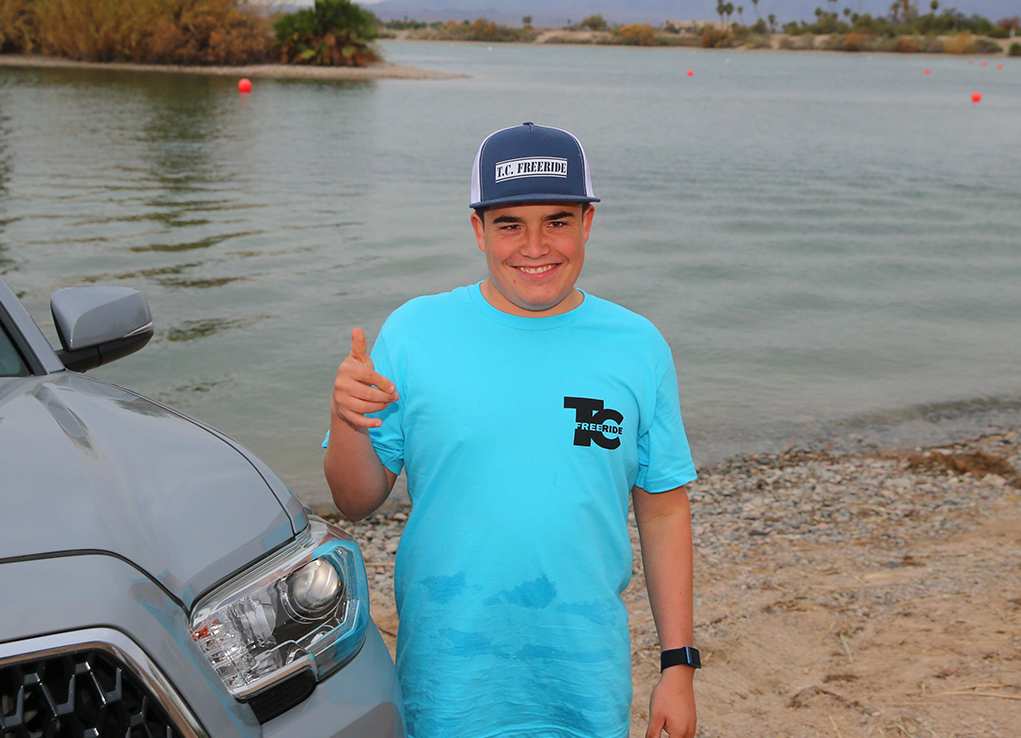 Gratitude is the spirit of the holiday season, and in a year like 2020 it may difficult to count one’s blessings. But one Lake Havasu City  family is especially grateful, as a young man facing incredible obstacles is coming into his own.

Ryder Bliss is a 14 year old Lake Havasu High School student and he is into sports – racing in particular. His parents, Nick and Jenni Bliss, muse that it is probably because, “It’s like doing something with other people but you’re not having to communicate with them.”

This is important to their ninth grader, who is outgoing but also very shy, and happens to have been born with a very rare, abnormal chromosome. This meant that as a baby, doctors were unsure if Bliss would ever walk or talk, and were even surprised to see him opening his eyes. 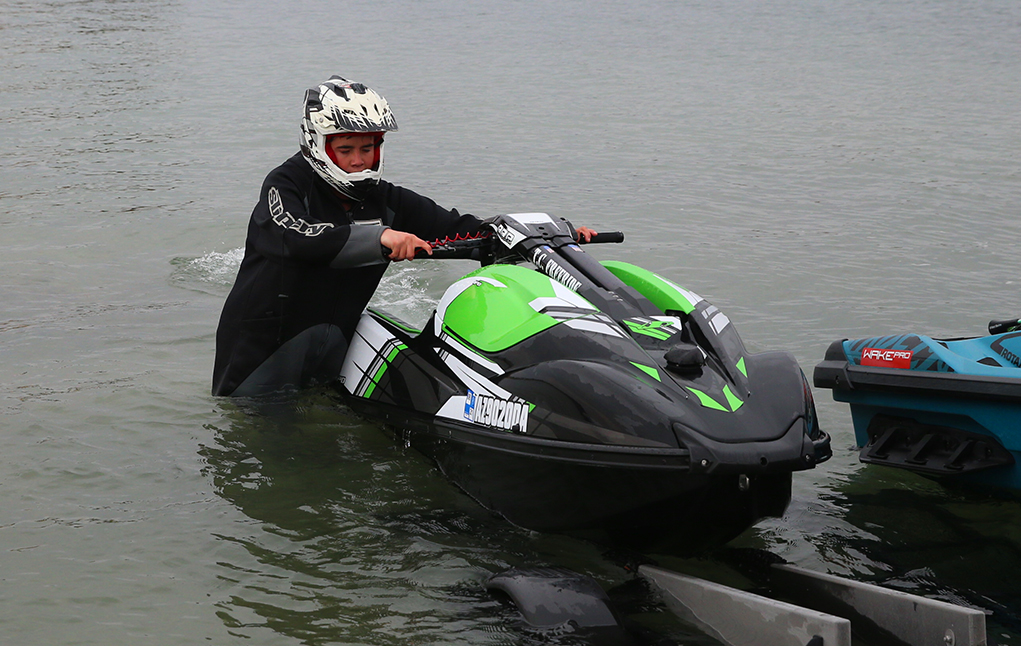 Bliss’ condition is so rare that at the time he was diagnosed there were only approximately 30 other known cases. Unfortunately, that means that little to nothing is really known about Bliss’ condition or prognosis. It has no name. His mother recalls a geneticist telling them that it could mean a “severe mental retardation or a learning disability or anything in between.”

Today, Bliss has defied the odds stacked against him. He walks, talks, and even races on a jet ski.

Jenni Bliss said, “He doesn’t always understand everything, other than he knows he ‘thinks differently.'” She said that academically he’s probably at a kindergarten- to first-grade level, and that communication is not his strong suit. 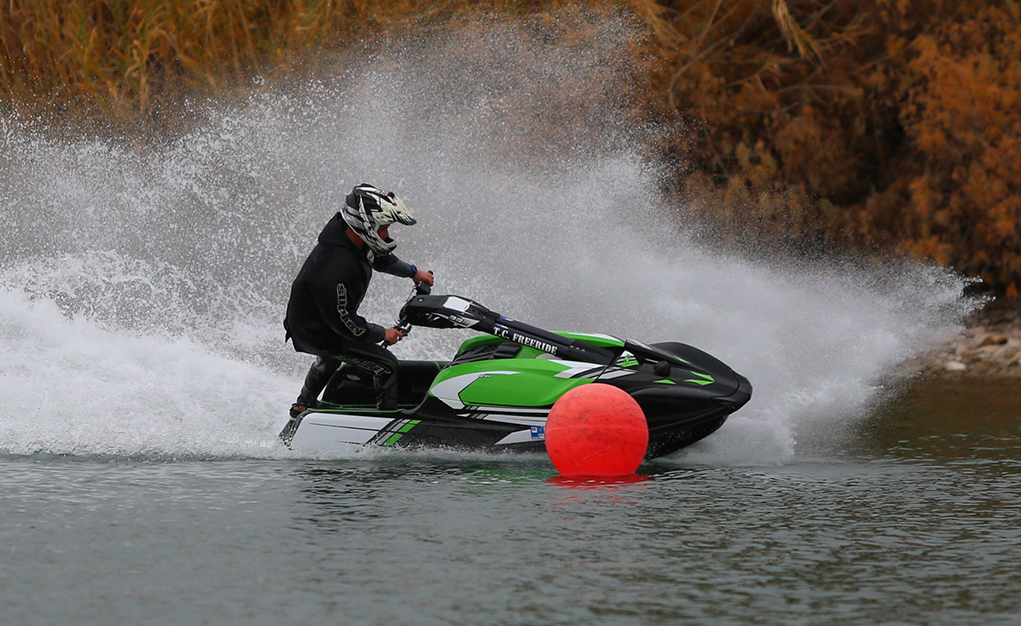 “He surprises people,” his father said, since most wouldn’t expect this talent for jet skiing that Ryder Bliss has developed over the previous year.

Together, Bliss’ parents decided that, “If there’s anything he finds that he has a passion for, we will just throw ourselves into it.” Admittedly, neither knows much about jet skiing, but their son knows a great deal that he has learned from YouTube videos and watching other racers. “This is the first thing that he’s really, really taken to,” his dad said, “And everyone down here has been super accepting and helping him out, making him feel a part of the jet ski community.”

“Just Never Give Up”

The proud parents announced that Bliss will be racing this upcoming year, assuring that his safety is being considered. And he is not intimidated in the water side by side with some racers going up to 60 mph. His attitude has been called remarkable, not being concerned with winning or losing and purely enjoying the sport for what it is. 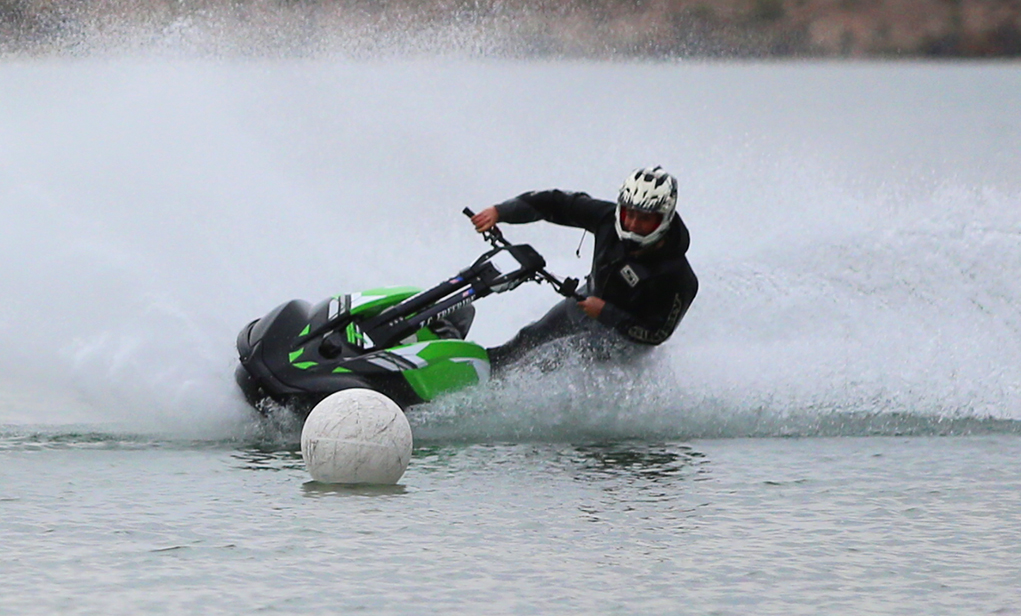 His parents recognize Ryder Bliss’s amazing journey as a way to inspire other parents who may be in the same or a similar situation. “If we can reach one person and they don’t give up, you never know what they’re capable of,” his mother said, adding, “Just never give up.”

They also say that Lake Havasu City  has been a blessing, being a small but supportive community in which to raise their son. And the perfect location for his new passion. Ryder Bliss’s father is no stranger to Lake Havasu City. He graduated from Lake Havasu High in 1995

Ryder Bliss’ favorite racers are Coy Curtis and Jake Pierce, and he says what he loves about jet skiing is to go fast. 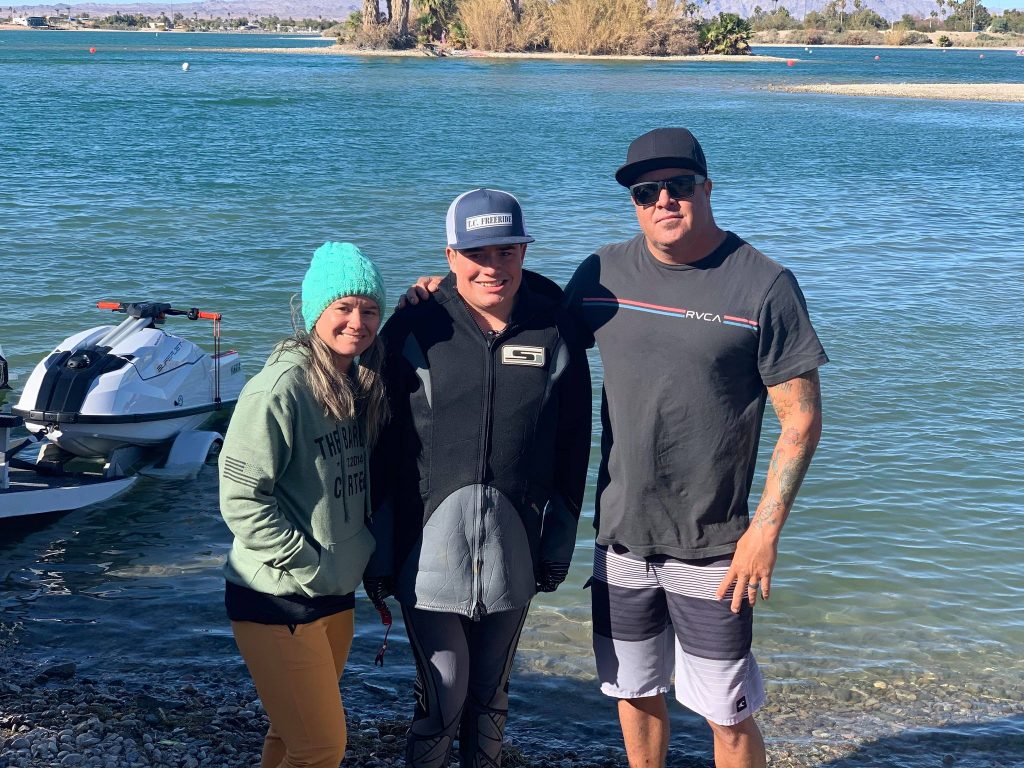