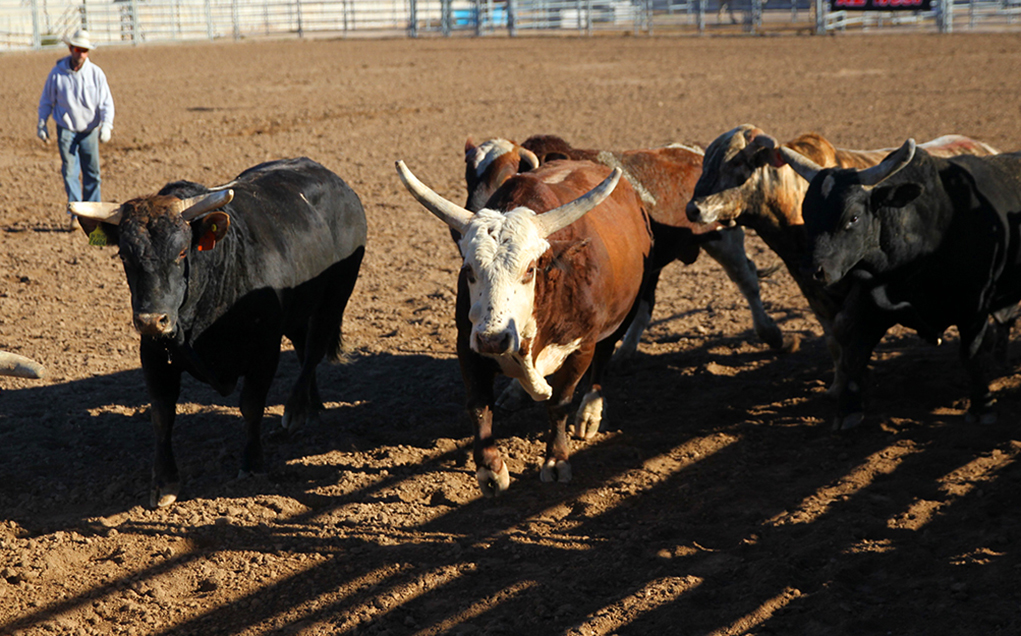 Little Delbert Days is an “old-time country fair” experience, complete with a professional rodeo, at the Rodeo Grounds in SARA Park. 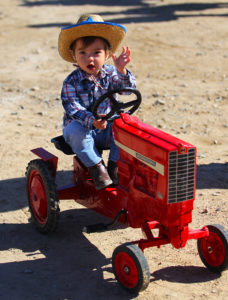 This year, a cork gun shooting gallery for kids was added.

At the Showmobile, kids can participate in hula hoop contests and get balloon animals and face paintings. They can also compete in the “Cutest Cowboy and Cowgirl Contest.” The Showmobile will be open from 10 a.m. to 2 p.m. Saturday and Sunday. The Cowboy/Cowgirl Contest will be Saturday and Sunday, and entrants can register at the Showmobile stage at 11:45 a.m. on both days. Children 2 to 12 years of age will compete at noon both days, 5 to 7 years at 12:15, and 8 to 12 years at 12:30.

Early registration will be accepted Friday, to ride sheep or calves from 5 to 7 p.m. (sign up at the rodeo grounds). If space is still available, registrations also will be taken on Saturday from 9:30 a.m. to noon for any available space that day and/or Sunday.

And Blue Country will perform a free concert from 4 to 7 p.m., Saturday.

There are several new events this year, according to Friends of the Fair secretary Sandi Nagel.

“We’re excited about a new event this year,” Nagel said. “The Xtreme Bronc Riding Association is holding their XBR Finals in Havasu, and this is something everyone’s got to see. Six teams of three cowboys work together to attempt to stop, saddle and ride a wild bronc — all in two minutes!” 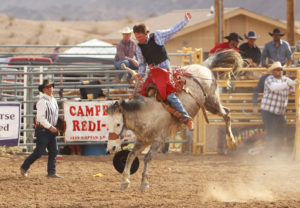 “We also have a new halftime act this year,” Nagel added. “For the first time, we’ll have a performance by ‘Whiplash, the Cowboy Monkey’ who rides a dog while chasing sheep.”

Whiplash is a Capuchin Monkey who has been riding since he was 2 years old. He travels the country herding wild Barbados sheep at rodeos and other events. He is a three-time Pro Rodeo Entertainer of the Year, and has entertained crowds at rodeos, ball games and events across North America and Europe. 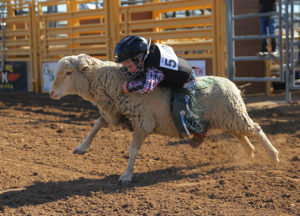 A young cowboy hangs on during Mutton Bustin during the 2015 Little Delbert Days. Jillian Danielson/RiverScene

“For many years, Campbell Redi-Mix held its company picnic in the Hualapais, with activities for children, but it eventually got too big, and we moved it to Campbell Ranch. The picnic continued to grow as many non-employees started attending, and we had to stop the picnic because there just wasn’t enough room. A few years later, in 2004, Donna Best-Carlton said Parks and Rec was planning to create a family event to carry on the tradition of Little Delbert Days and asked us if they could use the name,” Nagel said.

Dub Campbell said yes, and Parks and Rec sponsored Little Delbert Days for four years, until Friends of the Fair took it over.

Before Dub Campbell, who is Nagel’s father, retired, he was making plans, urged by several local men, to bring a rodeo to Havasu. “Friends of the Fair” was created to work toward that end. The first two rodeos took place at the Speedway, and when the Rodeo Grounds at SARA Park were completed in 2010, the rodeo was moved there.

Rodeo grounds gates will open at 10 a.m. each day. Hours are 10 a.m. to 4 p.m. Saturday and Sunday. Admission is $15 per adult, which includes the rodeo. Kids 15 and under are admitted free.