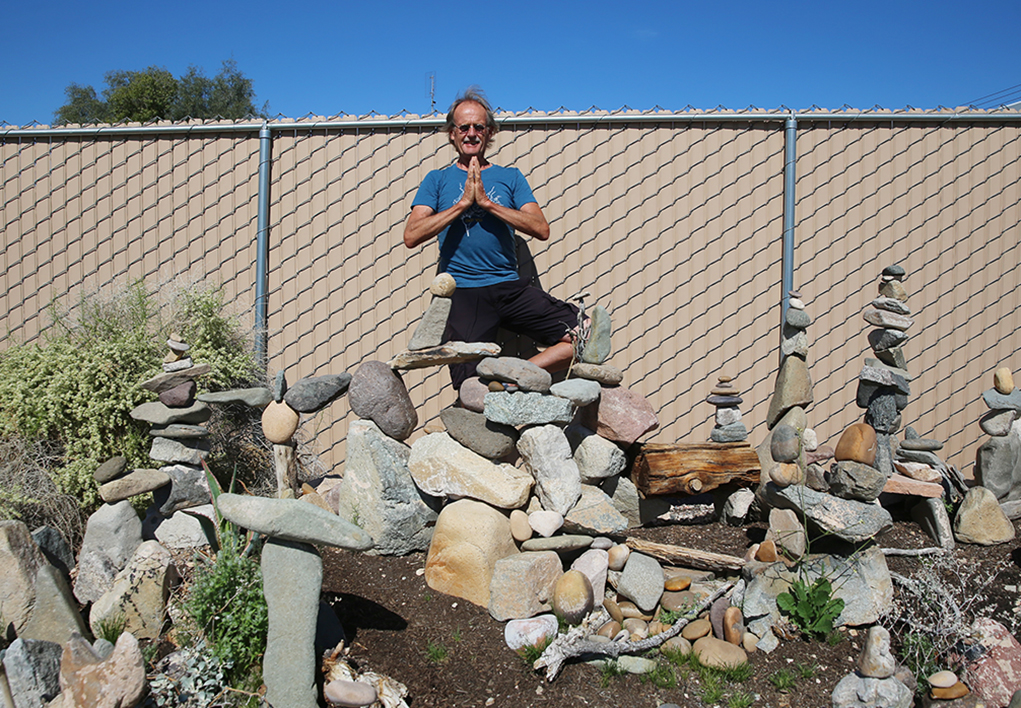 While the challenge of COVID-19 is often frustrating and stressful,  it is important to find some peace and tranquility. RiverScene Magazine recommends a place that may bring just that.

Tucked between Swanson and Magnolia along the Pima Wash path rests a peaceful garden. Not a garden of desert fauna but rather something of a more grounding, enduring nature – rocks. 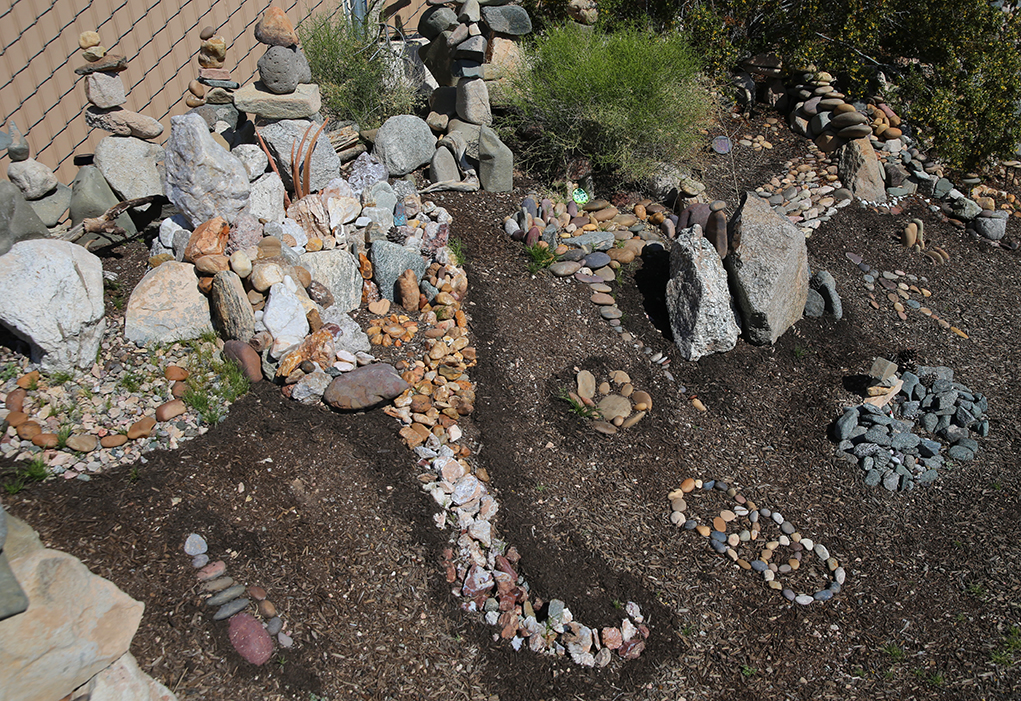 John West And The Rock Garden

John West began “planting” his rock garden in November 2018, but the journey to this point really began 12 years ago.

Relocating from the Grand Canyon, West began to tend to the area of the Pima Wash Trail disposing of trash and doing some general upkeep. He planted a few trees which led to a small waterfall made from rocks. This small effort swelled, turning into an 18-month project. 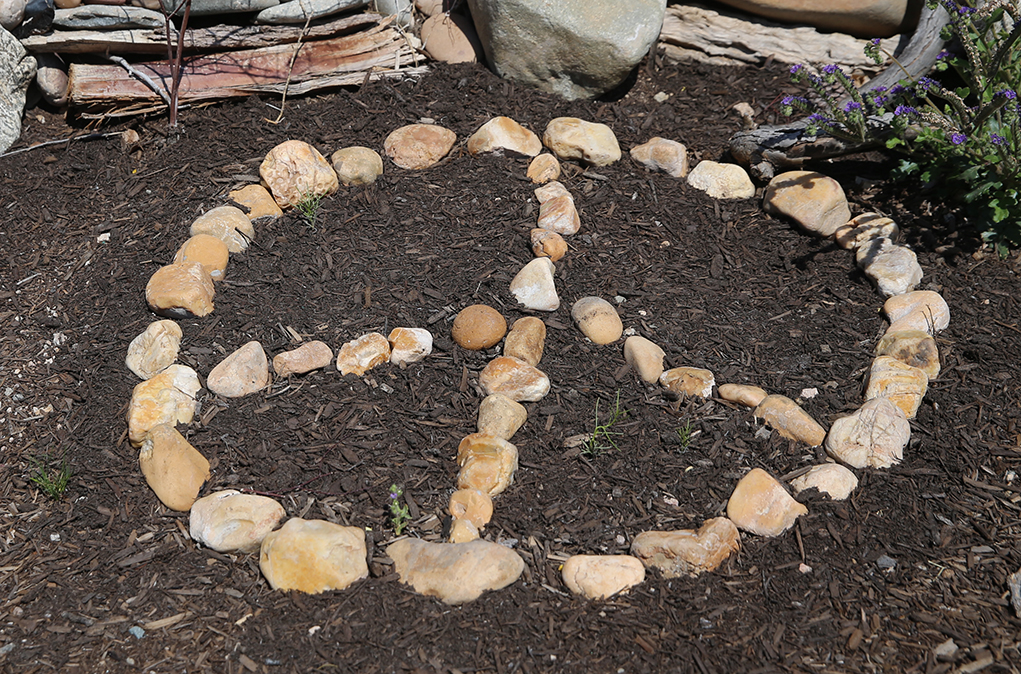 The idea of a rock garden perhaps comes from West’s childhood, where his family had a rock garden. “I was 8 when they started it. My dad would stop the ’55 Pontiac, throw the trunk open, and put rocks in there. My mom planted flowers all through it. Part of our chores was weeding the rock garden.”

The first rock formation he created was a heart, which is visible from the Magnolia Drive crosswalk. The intent was to slow cars down as they passed through the crosswalk, and it worked. West observes people stopping to stare at the creations. 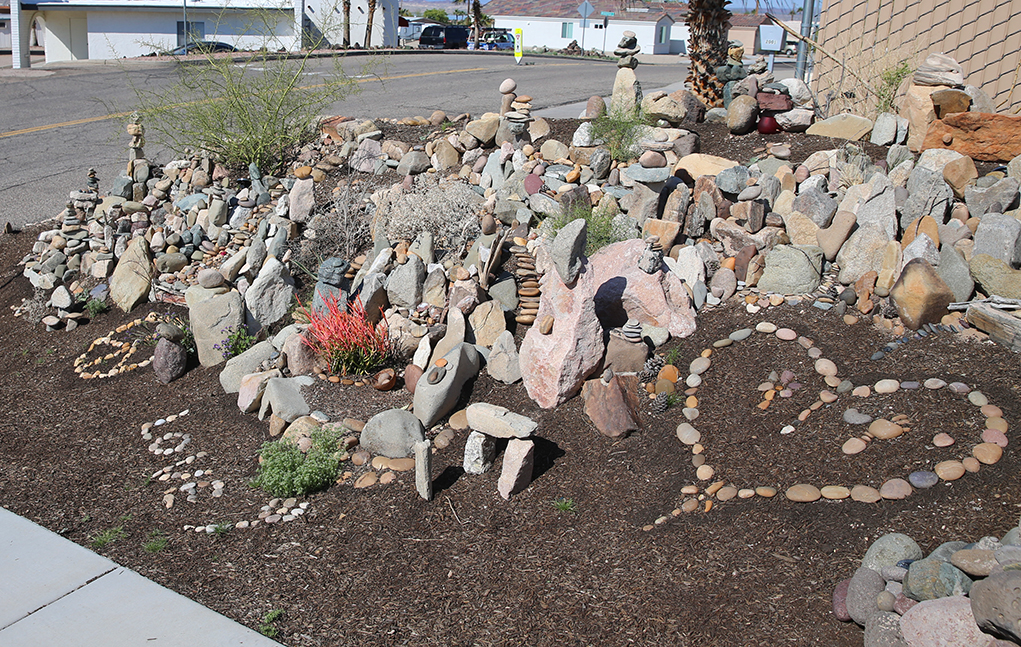 When ask how he comes up with his ideas, West says, “The rocks come up with the ideas. The rocks and terrain dictate how they‘re arranged. There is no premeditated design to it. I just clear my mind and hold the rocks and the rocks tell me where they want to go.”

A hundred bags of organic, pet friendly mulch for contrast, adds depth to the art as the rocks vibrantly stand out against the dark mulch. The relationship of natural elements coexists in perfect harmony and balance. 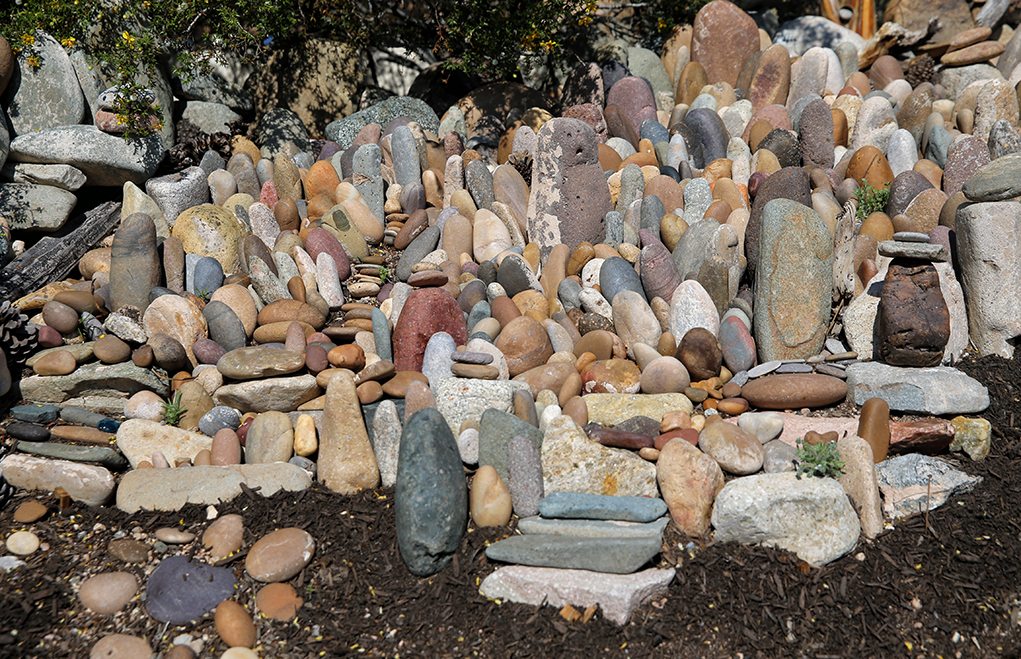 West references another man’s wisdom, an admirer of the garden, saying that he told West, “You know one thing I like about rocks? It doesn’t matter what size, shape or color they are, they all get along.”

The rock garden has turned into a destination spot with people bringing friends and family. “There’s a lot of people that come through here that say, ’Whenever we have people in town, this is one place that we bring them.’ So, it’s really been fun. You know, everybody’s energy is in here. Everybody’s smile is in here.” 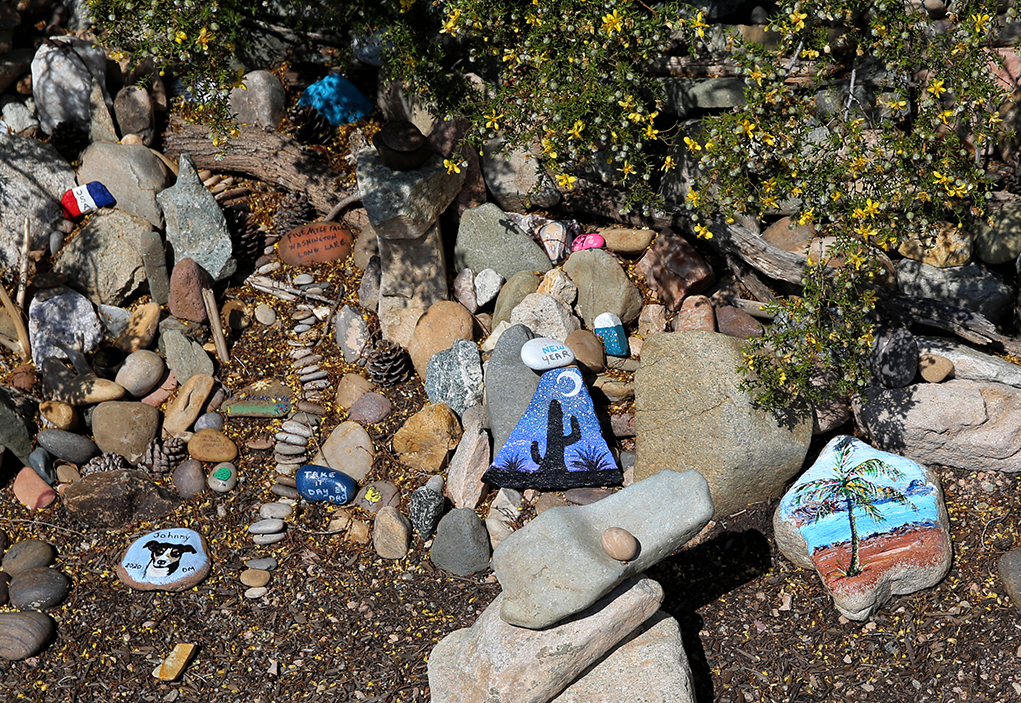 Some rocks are left at the garden by rock painters. Jillian Danielson/RiverScene

Several are getting into the spirit as some rocks are painted, decorated and left by grateful citizens ranging from seniors to children. West finds the decorations and items left down by the stop sign for the garden, which he utilizes with care. He estimates more than 200 of the rocks are donated.

The garden itself stands up well to the varying changes in weather in our desert oasis. The only sings of damage occasionally come from passing animal who have accidently knocked over a piece leaving him grateful. West enjoys the reminder that that even lizards occupy the garden, saying that the population has increased since he started the garden 18 months ago.

West appreciates the wildlife. In addition to his time spent in the rock garden, he is a wildlife photographer, catching photos of birds mostly. “When I first moved to town in 2008, I was introduced to the wildlife refuges,” West says. “I started volunteering at Bill Williams River National Wildlife Refuge and the Havasu Refuge.” In addition to the birds he loves to photograph, lately he has taken to focusing on all the lizards in his garden. 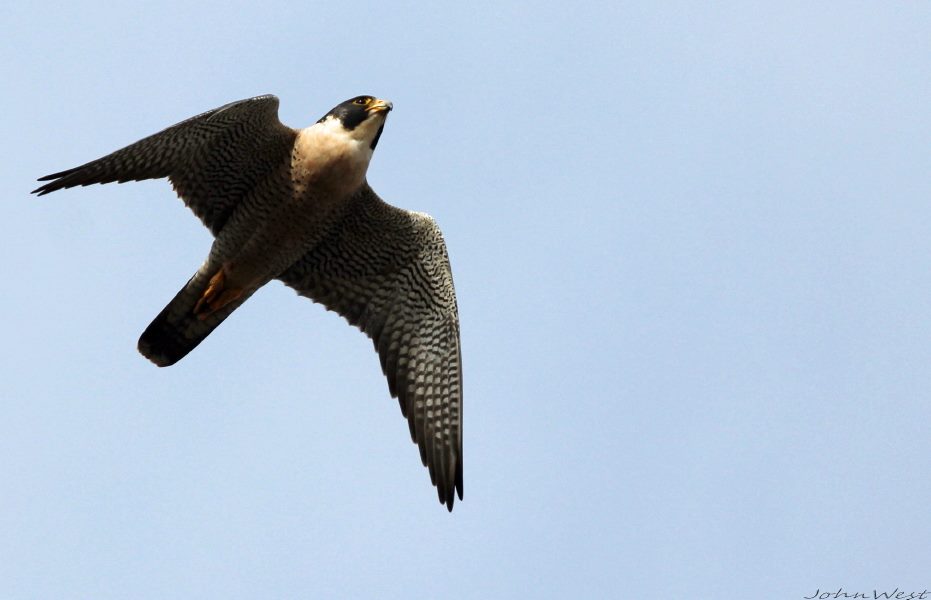 A Swirl Of Smiles

The rock garden has given back more than the effort it has taken to create it. “It’s an opportunity to find peace and share peace,” says West. “I call it a swirl of smiles, cause’ I can see and feel everybody’s smiles swirling up and down this corridor.” 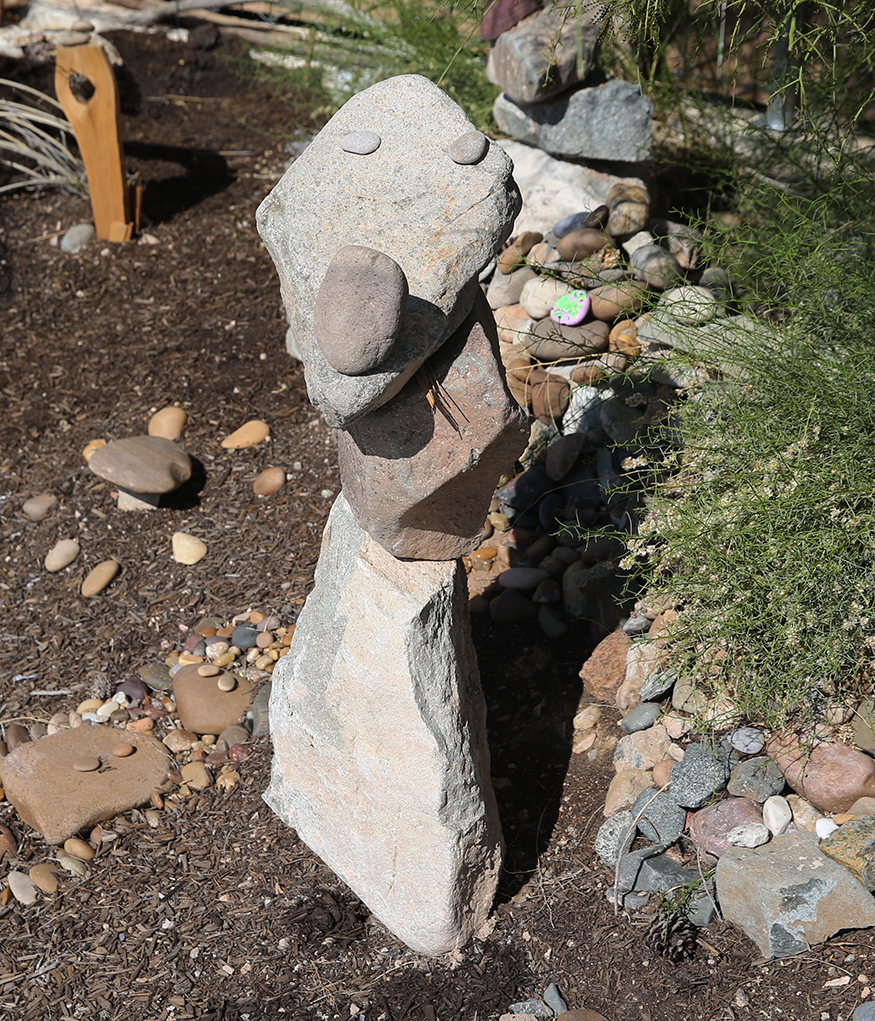 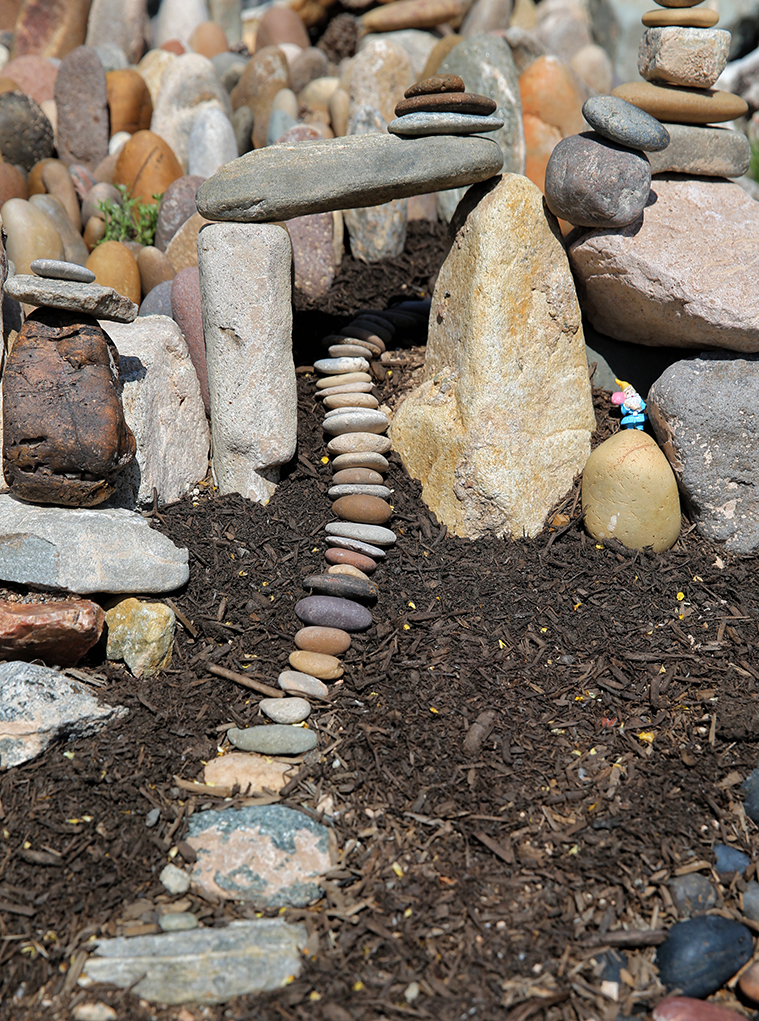