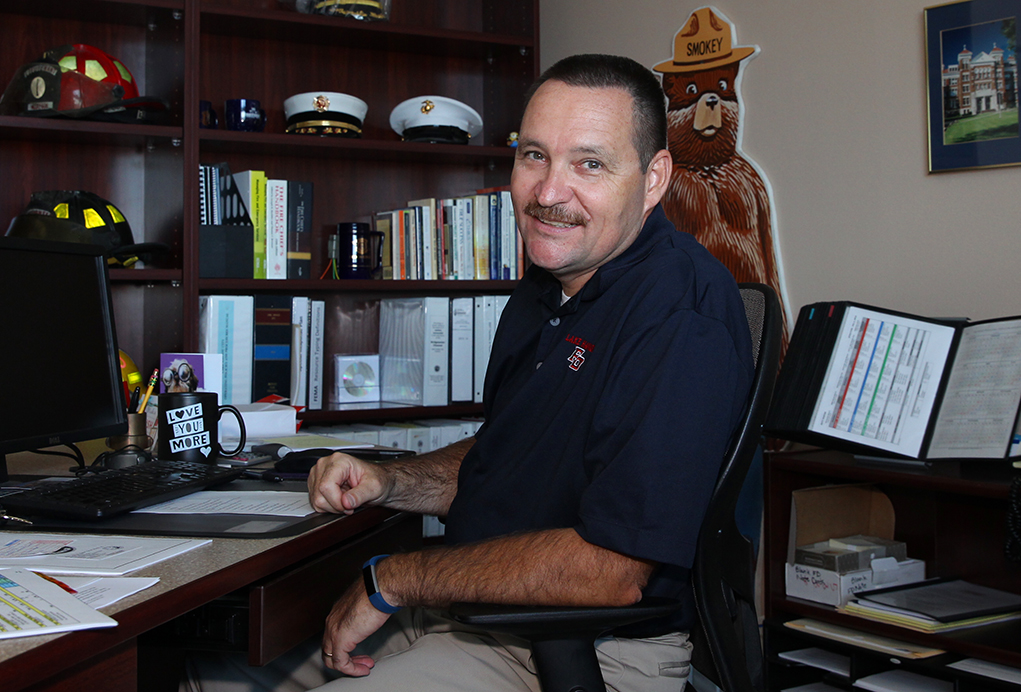 Lake Havasu City Fire Chief Brian Davis has been assigned to his new post for about 100 days and he says he is impressed.

“Compared to my last department, the challenges are much more comfortable,” Davis said. “I’m thrilled at where we’re at. Dennis did a fabulous job. This is a fabulous department.”

The fire department’s best assets are its firefighters, he said.

On most days, Havasu firefighters go directly into local homes to help individuals when they’re having a terrible day, and often times they’re very much physically in need of help. Davis said he has every confidence in the Havasu firefighters’ ability to be successful during those calls.

As a community, Davis said he believes Havasu to be a place to live, work and play.

“We do everything right here,” Davis said. “There’s no commute, we don’t have to deal with traffic. My wife and I are enjoying everything the city has to offer.”

Golfing quickly has become a favorite pastime, and hiking and daytrips for sightseeing is a draw, too.

As a U.S. Marine, Davis was stationed at Camp Pendleton, Calif., from 1986 to 1992. During that time, he deployed four times including sea duty during Desert Shield Desert Storm. After, he served as a Michigan State Trooper from 1994 to 2001. Davis’ fire service career also began in 1994 as a volunteer firefighter for Grand Ledge Fire Department in Michigan.

During the years of 2001 to 2010, Davis worked through the fire service ranks at a fire station in Muskegon, Mich.

In 2010, he accepted a position as fire chief in Freeport, Texas. Then, he began as Havasu’s fire chief May 23 this year in the wake of Mueller’s decade at the reins. Mueller retired during the first week of May this year.

Davis and wife Becky have been married for 30 years. He says she is “the best wife in the world” and the couple has two grown children, both college grads. Doug lives in Detroit, Mich., and Danielle lives in Fort Collins, Colo. Also, the Davises have a grand dog, Charlie, who visits every now and again.

“The department is in a good place,” Davis said. 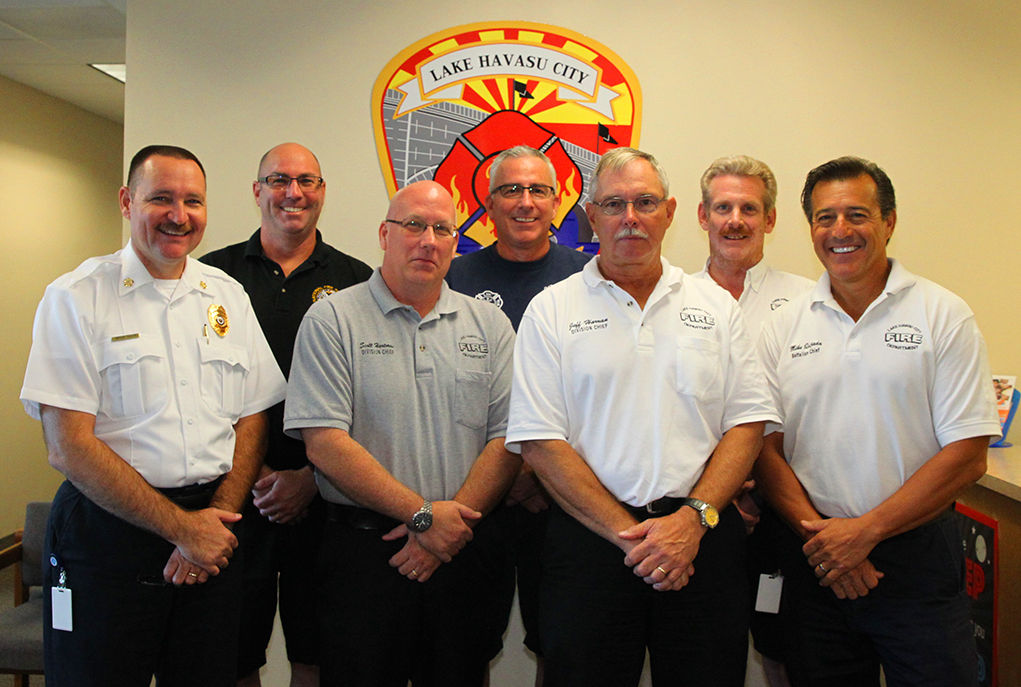