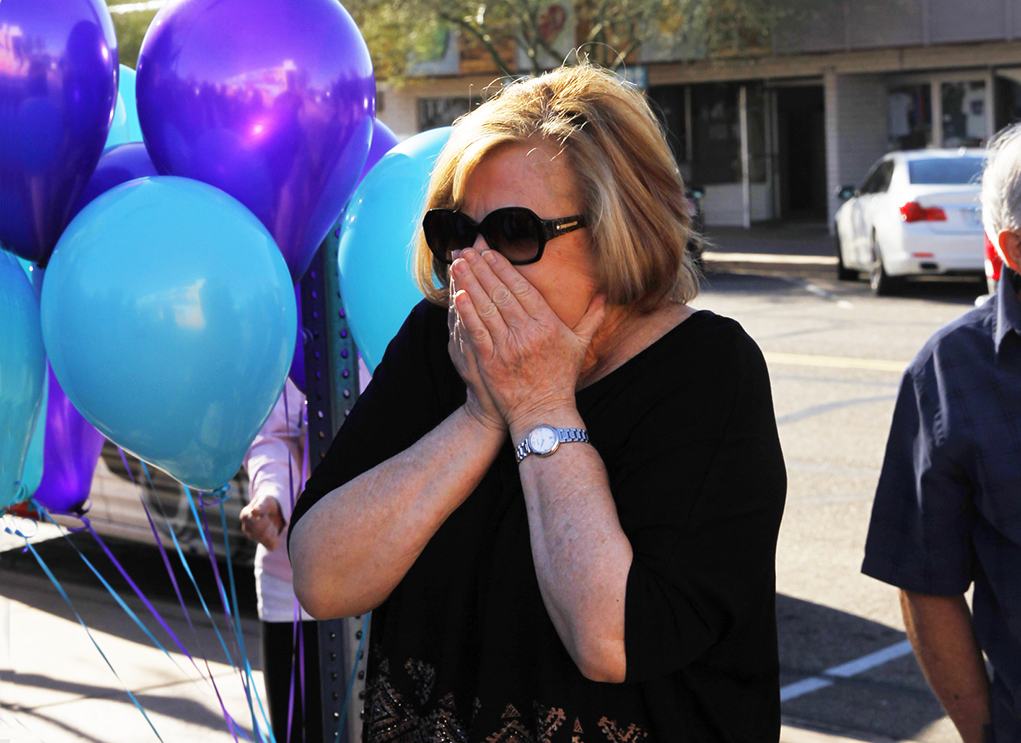 One of Lake Havasu City’s most philanthropic residents was honored today with her very own street naming. 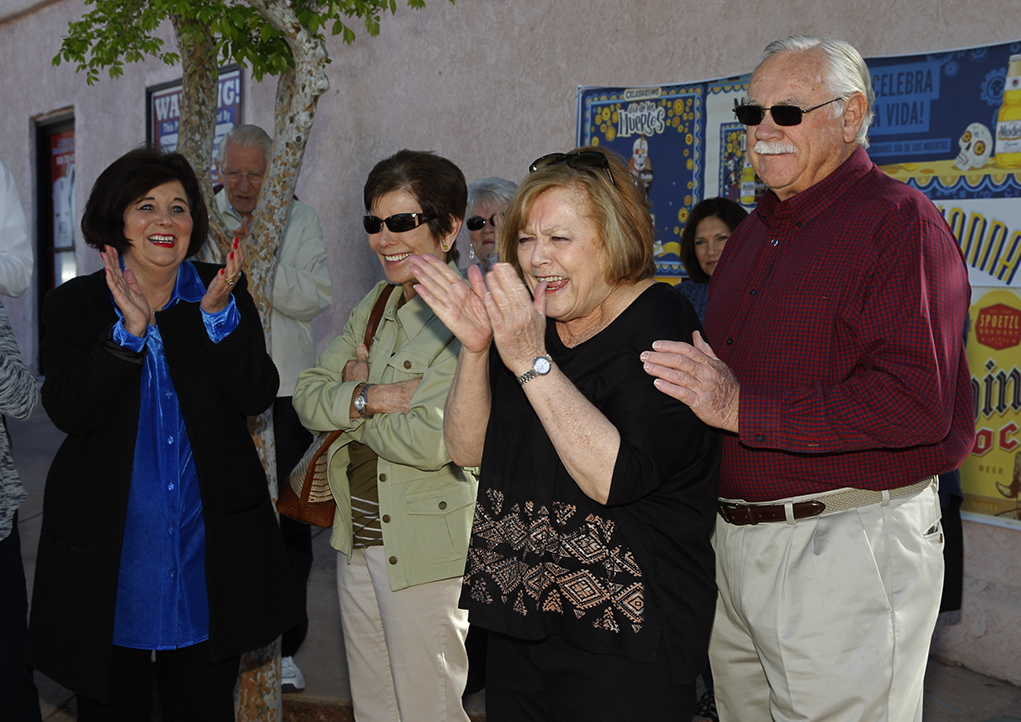 Kathy Hodel has supported many of the city’s nonprofit efforts and has for the past several years worked tirelessly to bring relief to furry residents at the Western Arizona Humane Society.

Evie Cistaro worked with the city to make the naming and dedication happen. Also in attendance with Cistaro were Don Hodel, Jolene Jenson, Linda Binder, Gary Meyers, Elaine Cullen, of the Better Business Bureau and other friends of the Hodel’s.

Hodel was caught completely off guard. She thought she was going to breakfast with friends for her birthday.

Hodel Way is located at 2079 McCulloch Blvd., in front of the newly completed mural on a Hodel-owned building dedicated to area auto enthusiasts. Thursday was selected in honor of Hodel’s 72nd birthday. 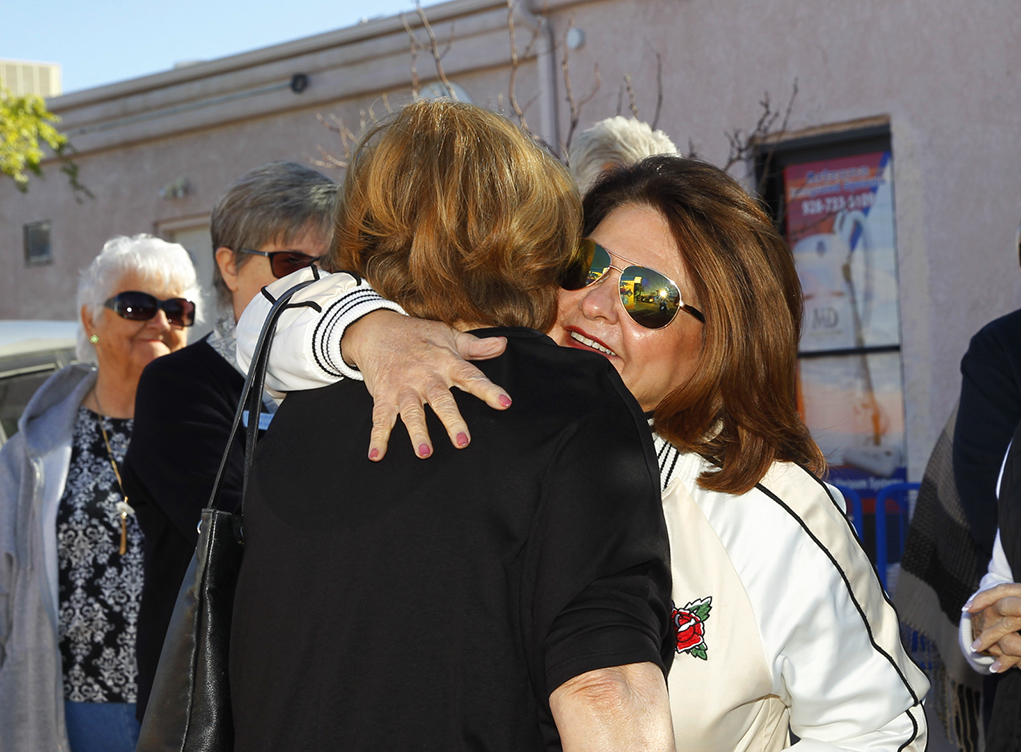 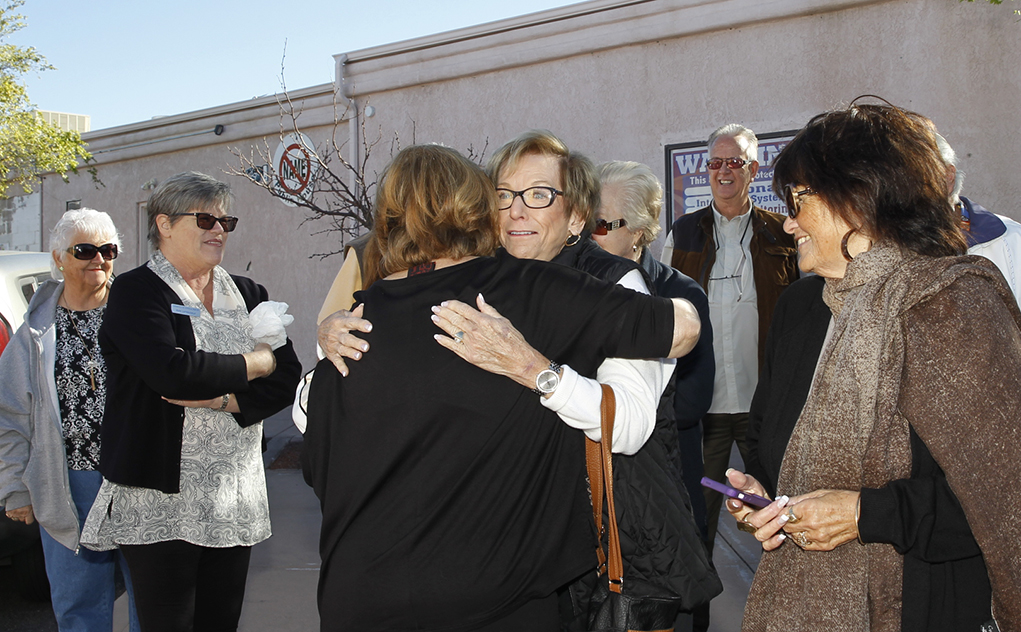 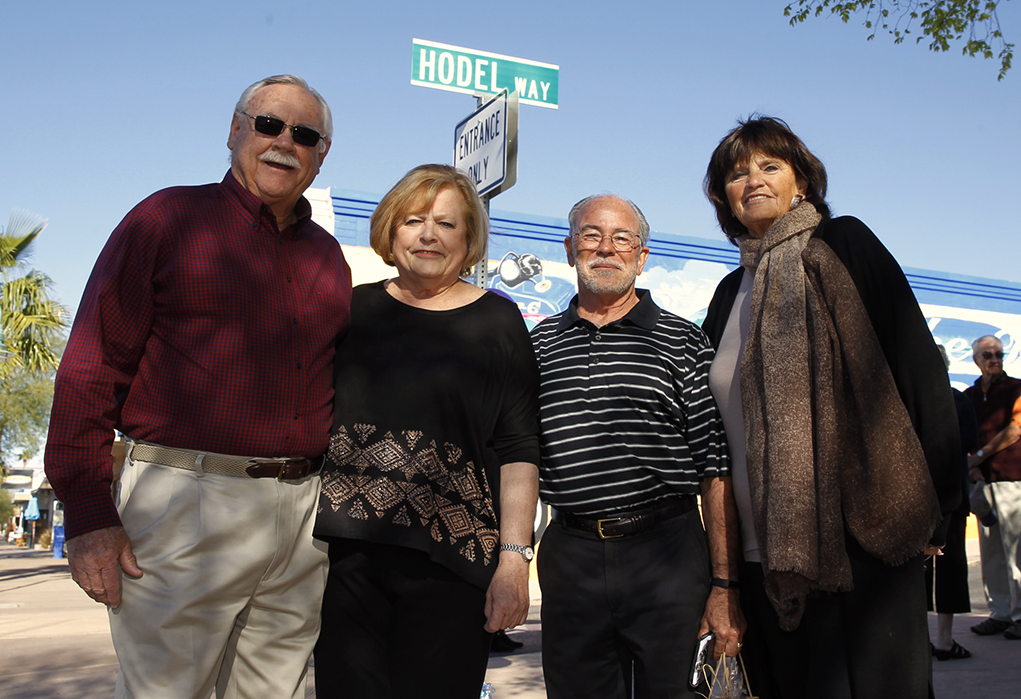 Don and Kathy Hodel, Mayor Mark Nexsen, and Evie Cistaro pose for a photo next to the Hodel way sign. Jillian Danielson/RiverScene 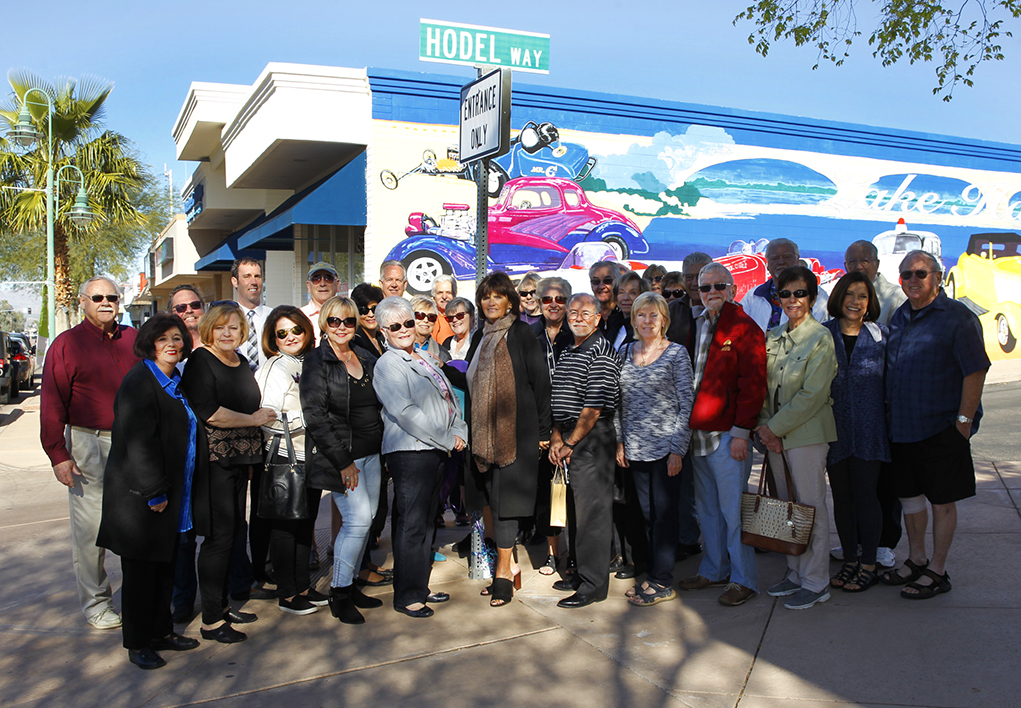 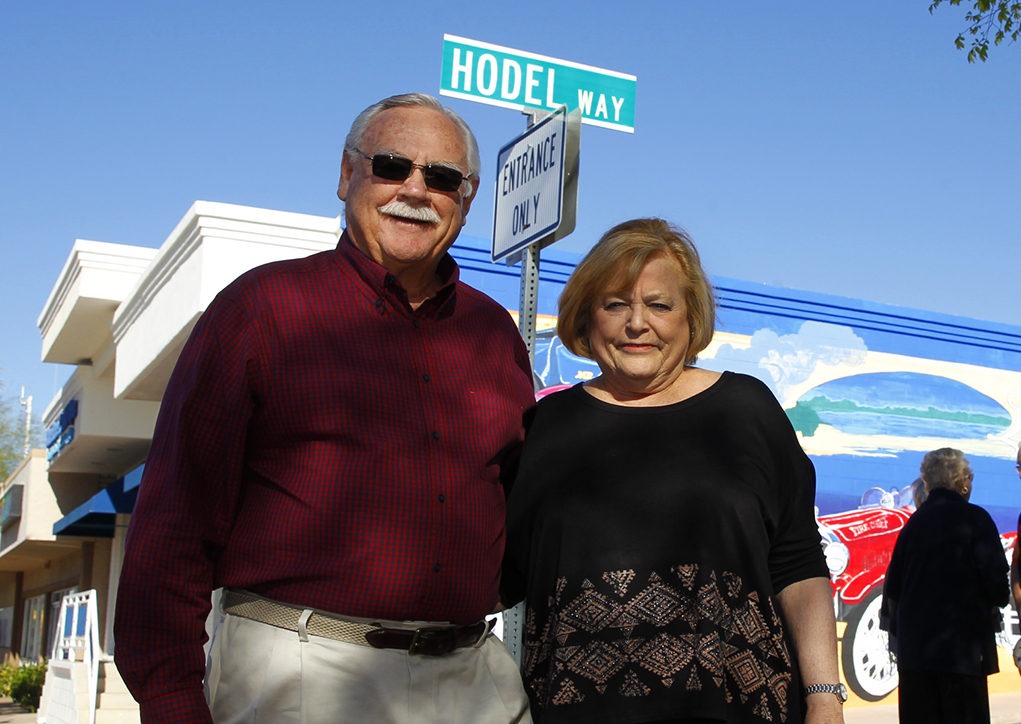 Kathy and Don Hodel pose for a photo next to her sign. Jillian Danielson/RiverScene 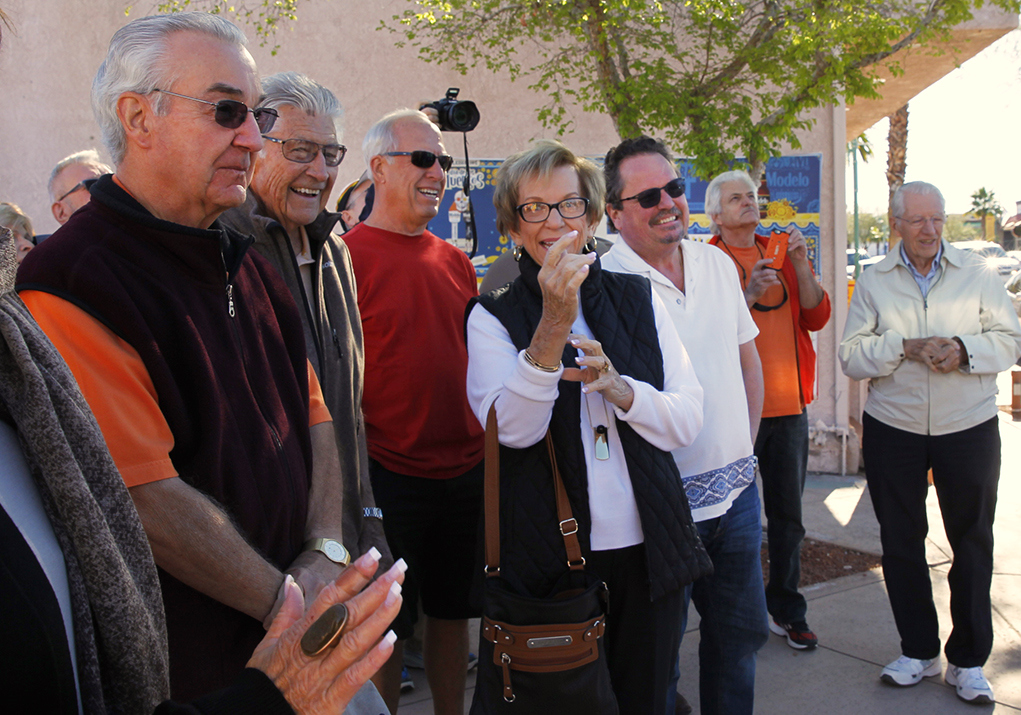 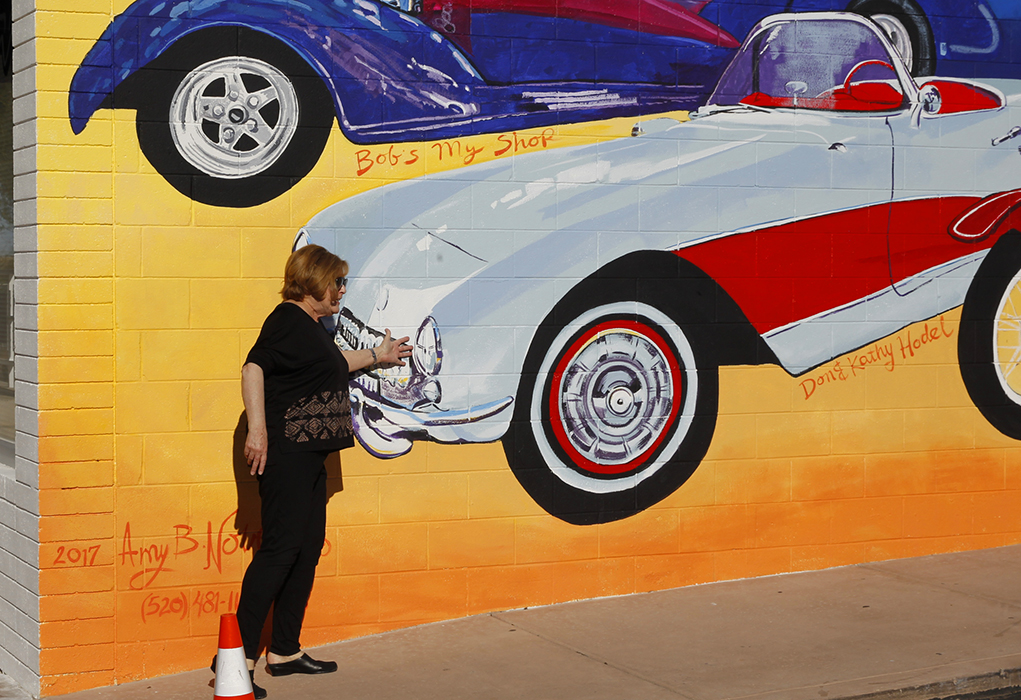 Kathy Hodel points to a mural of her husband’s Corvette that is painted near the street sign. Jillian Danielson/RiverScene 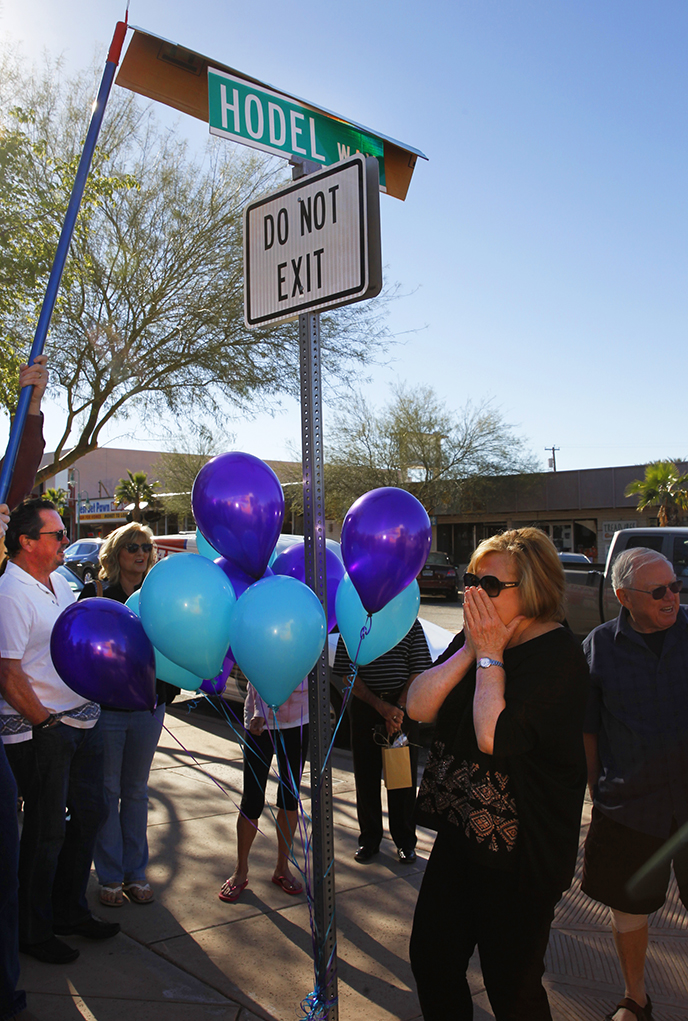 Kathy Hodel is surprised by the unveiling of the sign. Jillian Danielson/RiverScene 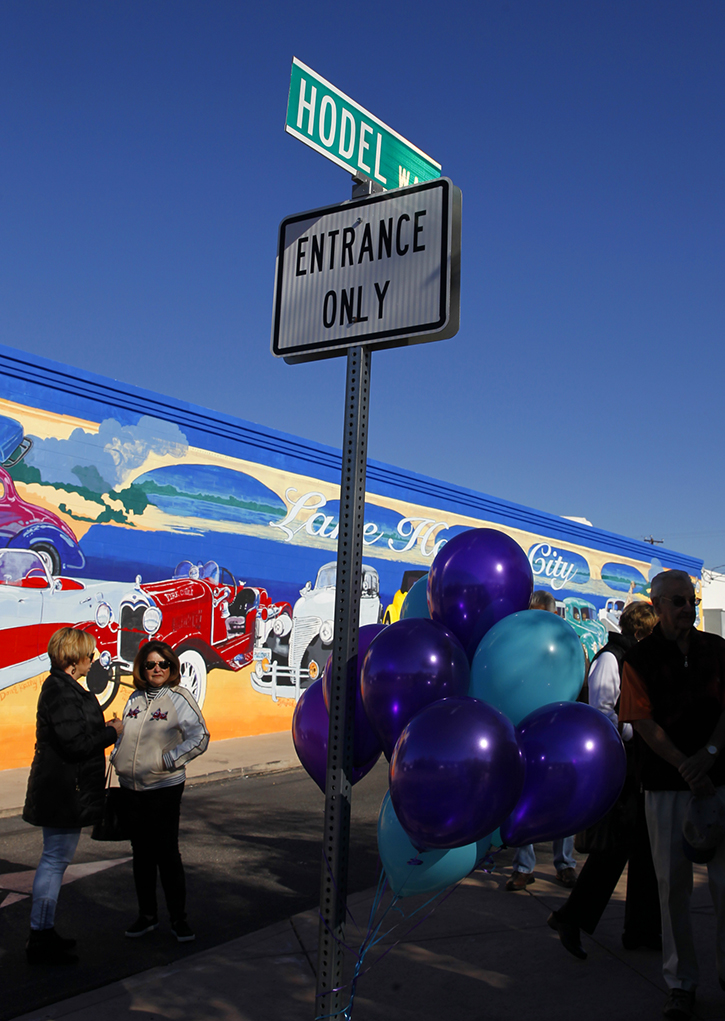