Home Ec In The Tech Age 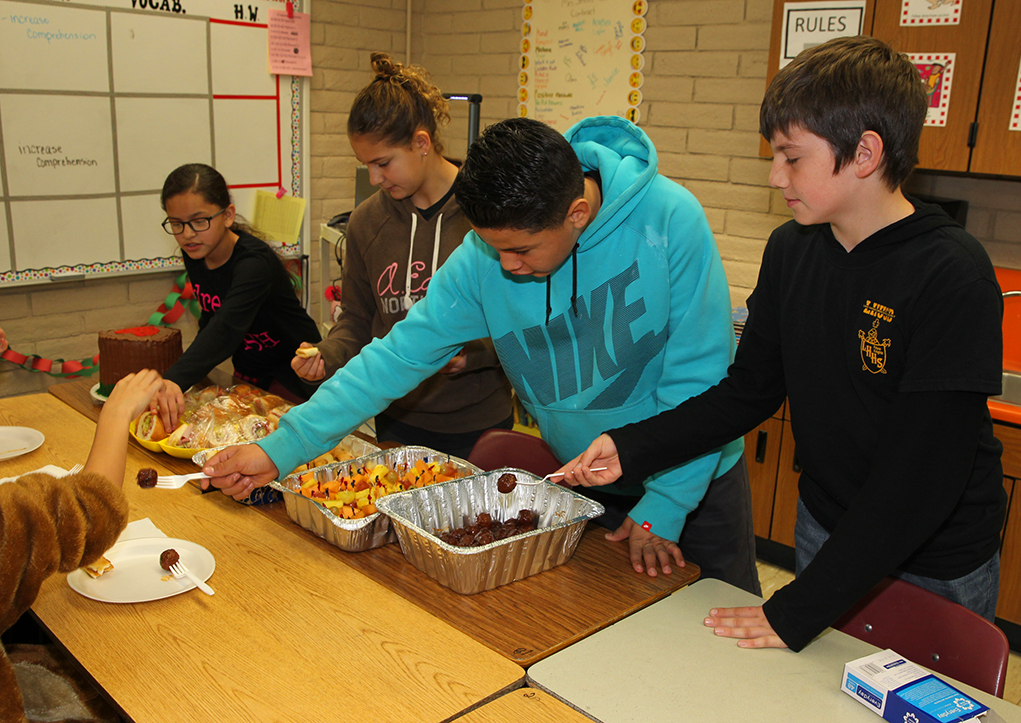 As they say, “Back in the day,” there was a class called Home Economics taught usually in junior high school.

In that class, students – mostly girls – learned how to cook, sew, properly set a table and wash the dishes. Amazingly enough to imagine, there weren’t dishwashers back then. It was down to elbow grease. 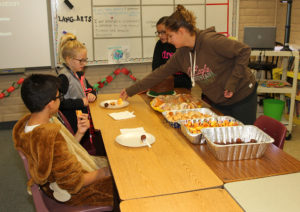 So, Thursday at Oro Grande Elementary School in Lake Havasu City, students experienced a kind of flashback. They were off of their phones and cooking in the kitchen.

“The kids are doing a presentation for their math class. It is a restaurant menu project based on the theme of Taste of Havasu,” Nowakoski said.

For the project, as a group, students created a restaurant, its menu, a script and commercial and a finished product. The finished product was then shared for the Taste of Sixth Grade.

“We have kids brining in cakes and donuts, sliders and sandwiches from their restaurant,” Nowakoski said.

The students made the food and shared it with their classmates. 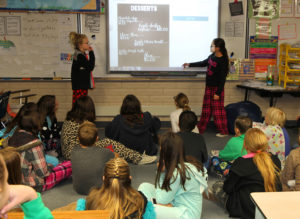 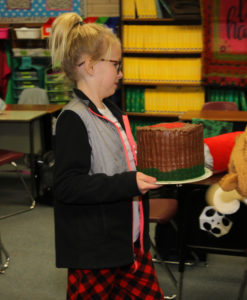 Kadenz Kathers carries a cake she made for the Taste of Sixth Grade. Jillian Danielson/RiverScene