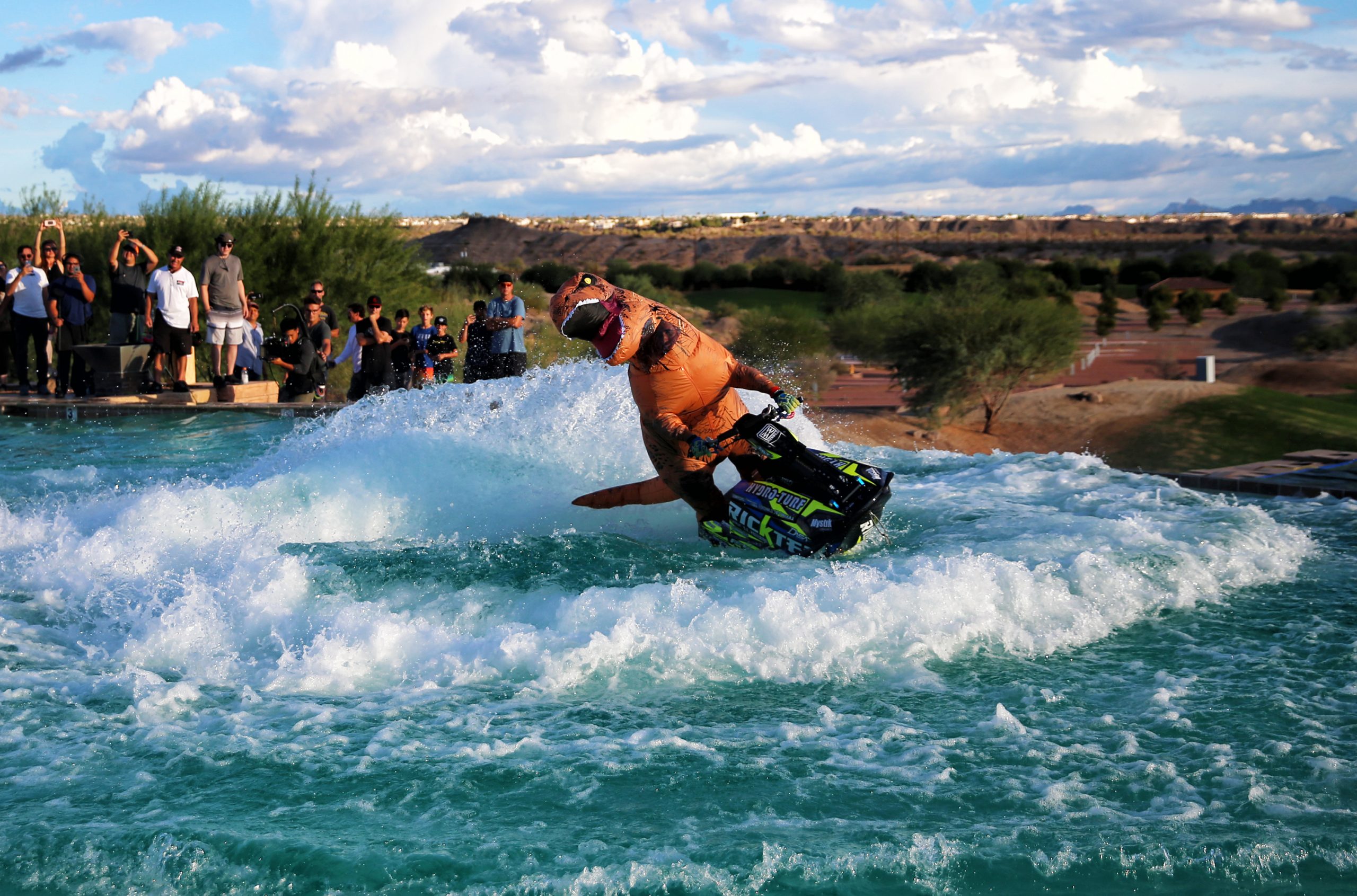 Many residents of Lake Havasu City remember the excitement of the filming of “Hot Water” brought to our desert oasis. Filming wrapped in October 2018, and Riverscene had an opportunity to catch up with director Larry Rippenkroeger as “Hot Water” gets close to release. 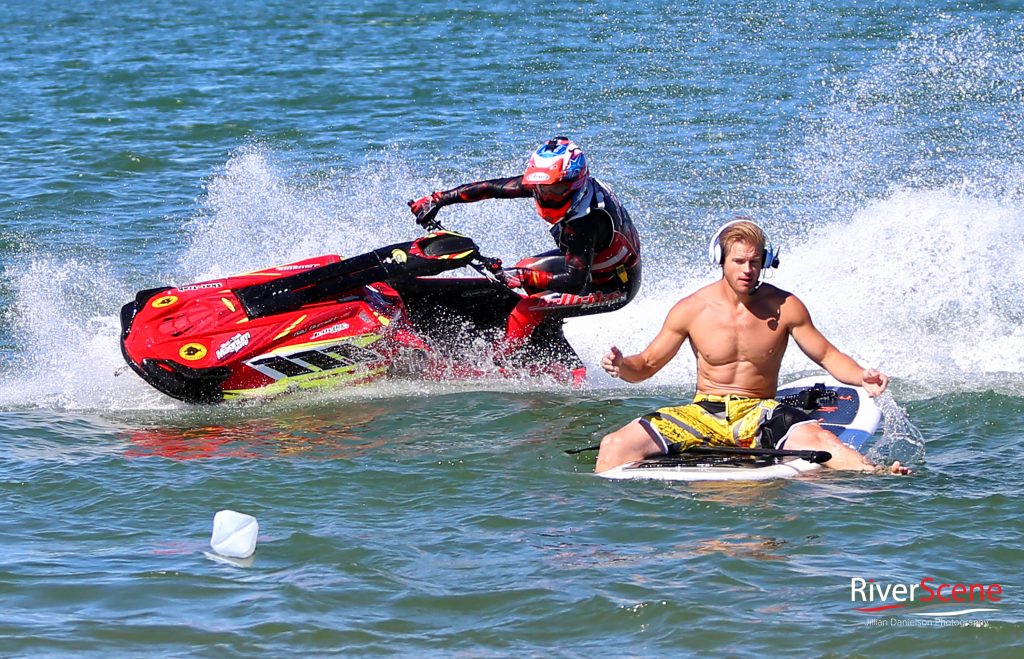 Havasu residents who participated in production will be eager to know that, “’Hot Water’ will be on major streaming platforms, like Amazon Prime and cable TV VOD late this summer,” Rippenkroeger said. “But we’ve also made arrangements for an exclusive early sneak peek. Starting April 23, ‘Hot Water’ will be available to stream through our website on a Vimeo On Demand platform.”

Excited For The Release

Anticipation for the release is palpable for those who had a part in the development and filming of this project. For those who may not have participated as an extra or were part of the crew, the release still comes at a good time. Rippenkroeger said “We’re really excited to be able to get this out early and give everyone something to watch during these crazy times.” 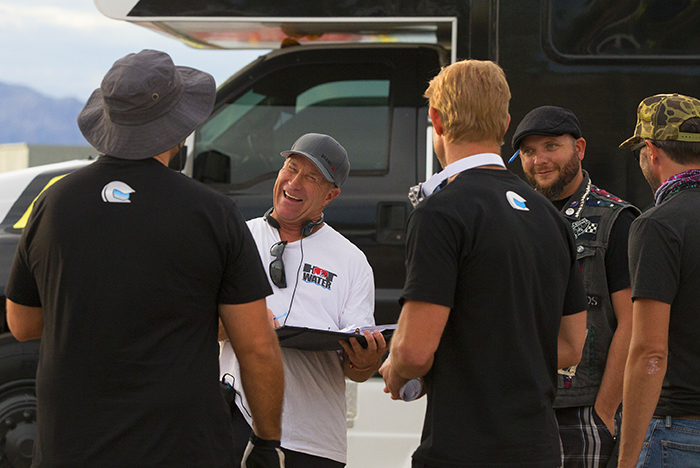 When asked about the challenges faced during the process, Rippenkroeger said, “Everything about making a feature film is a challenge. During post production we did have a two-day pickup shoot session to fill in a couple gaps that we couldn’t get during principle photography. I’d say the most challenging thing was just how tedious the editing process can be.”

A Story About Chasing Your Dreams

Although the end of filming may be the last time actors revisit the project, it can be just the start for a director. “I’m beyond happy with the finished product. Of course, during the editing process I kept wishing we would’ve had more money and time to do more of this or that. It was really hard to cut some of the scenes I had to cut but I keep reminding myself I’ll eventually release a director’s cut that will have everything in it. It is what I first envisioned, a really fun movie set against the backdrop of the pro jet ski tour. There’s a lot of laughs but it also has heart. It’s a good story about chasing your dreams.” 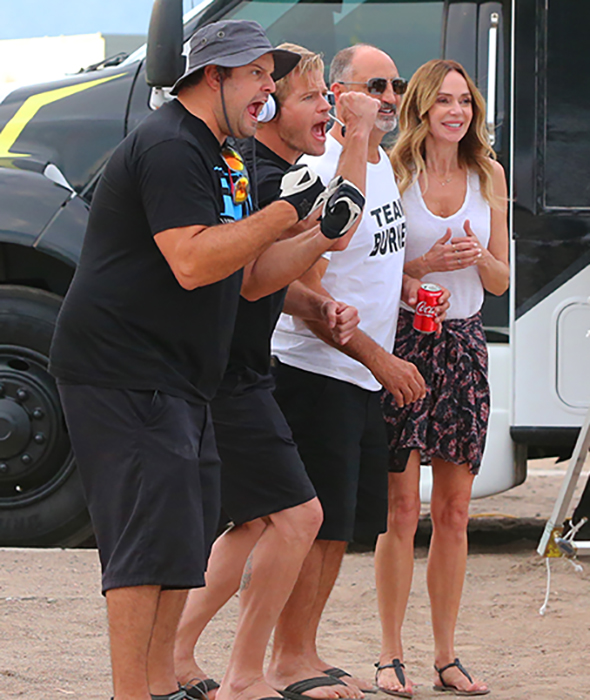 Max Adler, one of the stars of “Hot Water”, recalls his experiences on set. “From the moment I spoke to Larry on the phone, I could feel his enthusiasm and passion and knowledge of all things jet skiing and filmmaking and I knew Hot Water would be a blast to make. I was not wrong! Having seen a cut, I am so proud of the finished product, and can’t wait for the world to see this hilarious, original, action packed film that’s got everything you could possibly want in a summer comedy!”

In the end, “Hot Water” is dream come true for Rippenkroeger. “I’m a former pro jet skier and much of my inspiration came from those days on the pro tour. There were so many ups and downs, and laughs and drama. I often said this is just like a scene out of a movie so I finally started pursuing getting a movie made about the sport way back then in the late 80s. It only took me about 30 years to pull it off!” 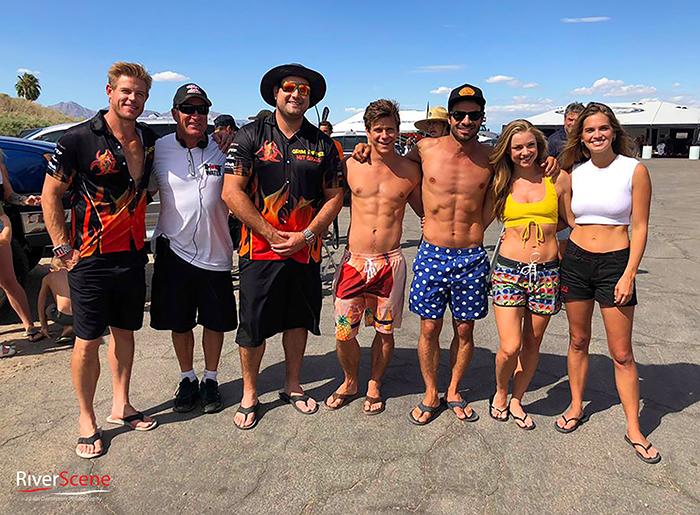 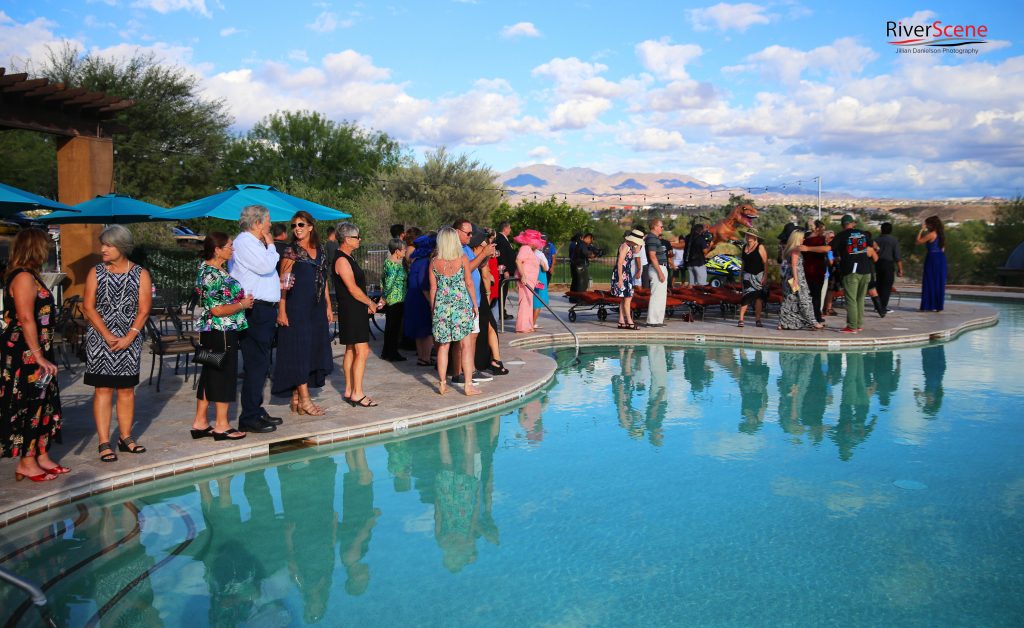 Local Havasu background extras get their time to shine in front of the camera in “Hot Water.” Jillian Danielson/RiverScene

For a full list of cast and crew, visit the IMDB page by clicking here. 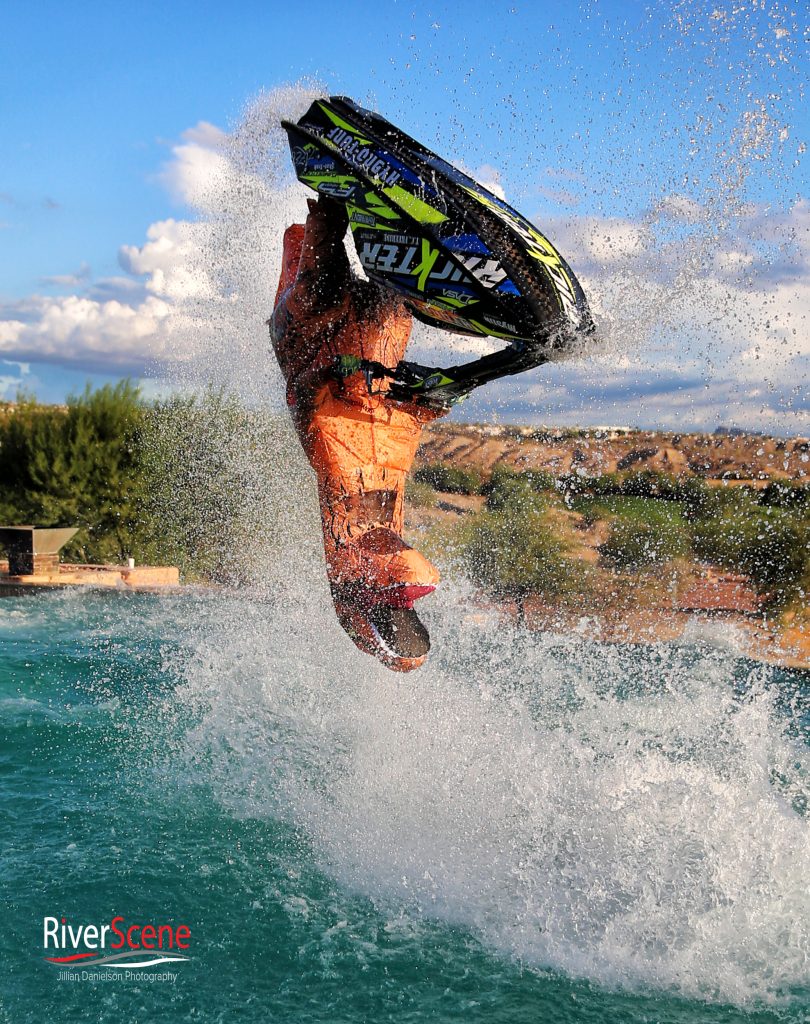 Mark Gomez performs stunts in a Trex costume during the filming of “Hot Water.” Jillian Danielson/RiverScene 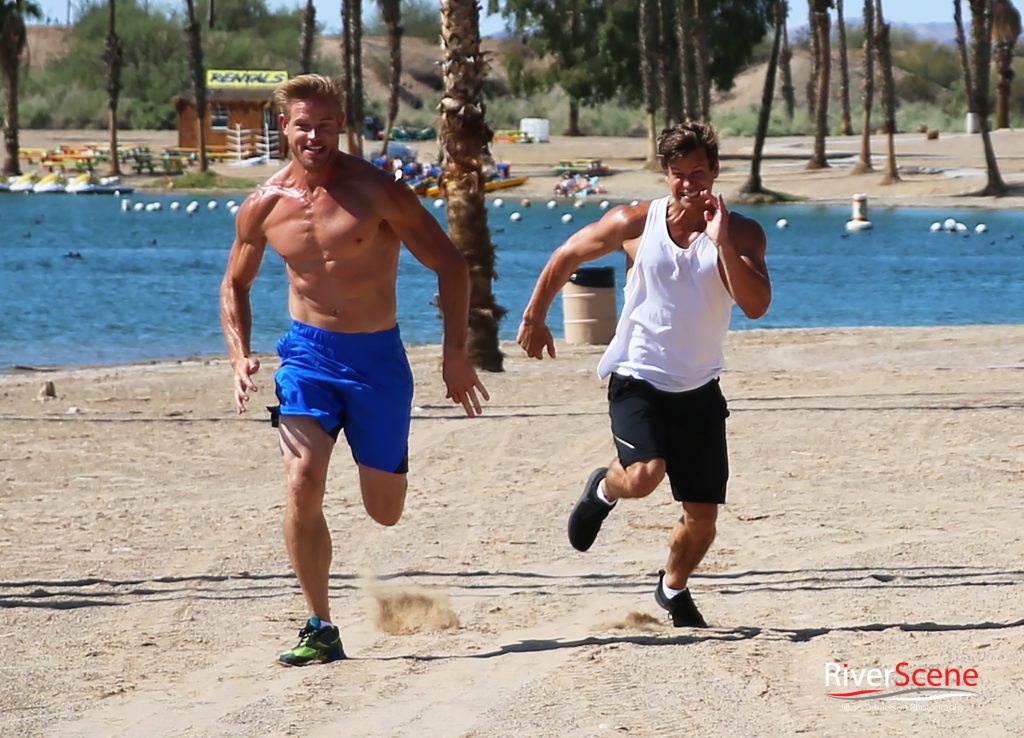 Stars Trevor DonOvan and Glenn McCuen run on Rotary Beach for one of the scenes of “Hot Water.” Jillian Danielson/RiverScene 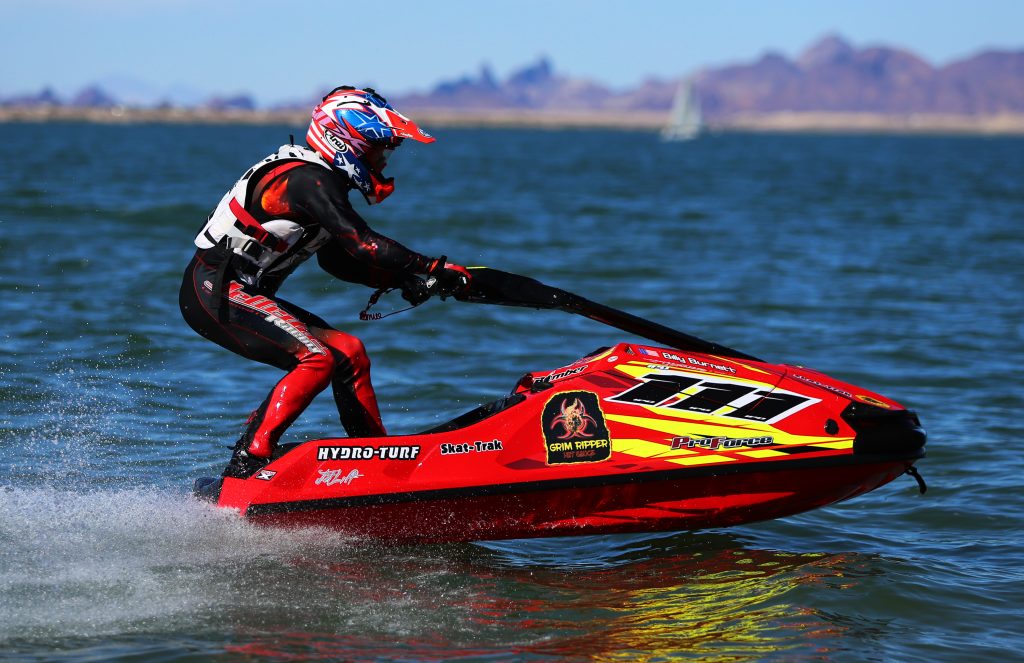 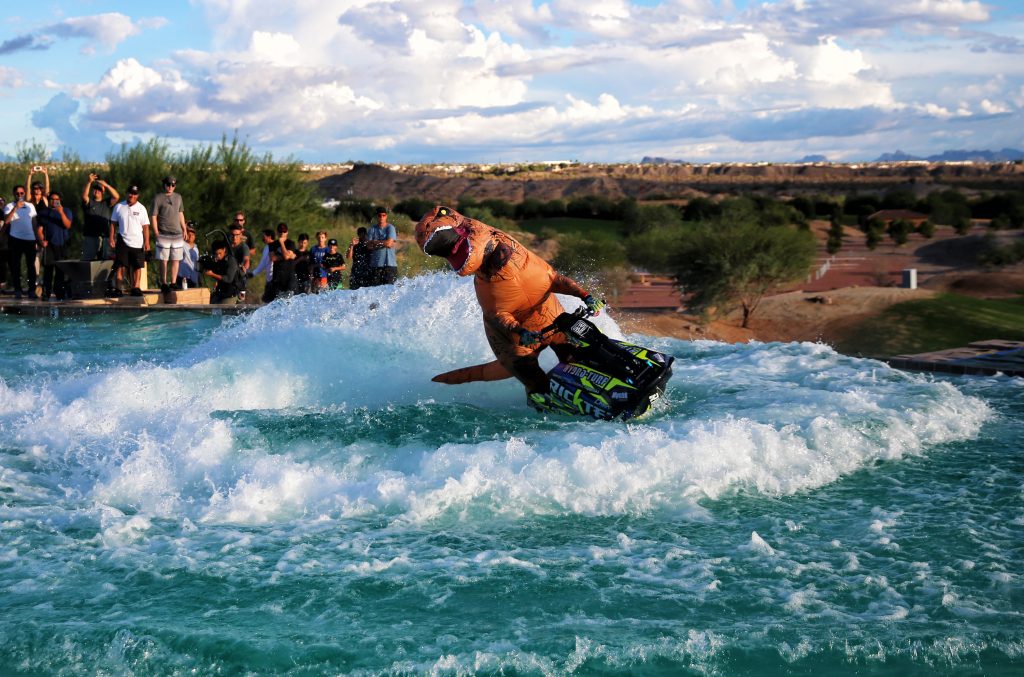