HRMC Shares The Spirit Of Thanksgiving 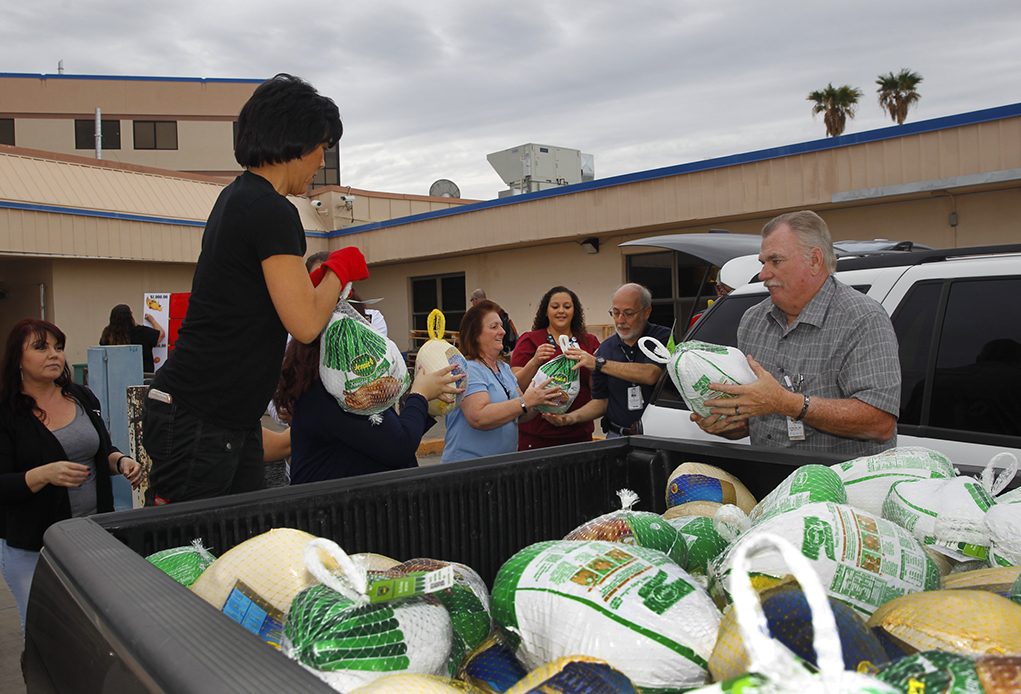 Thanksgiving is a time of joy, family and feasting. For some, Thanksgiving may be a time of stress scrambling to figure out how to make the traditional dinner a reality.

This year, those families will have the opportunity to enjoy Thanksgiving. thanks to Havasu Regional Medical Center. HRMC joined together to form the Community Involvement Team Committee with a main priority of providing Thanksgiving dinners to those in need. 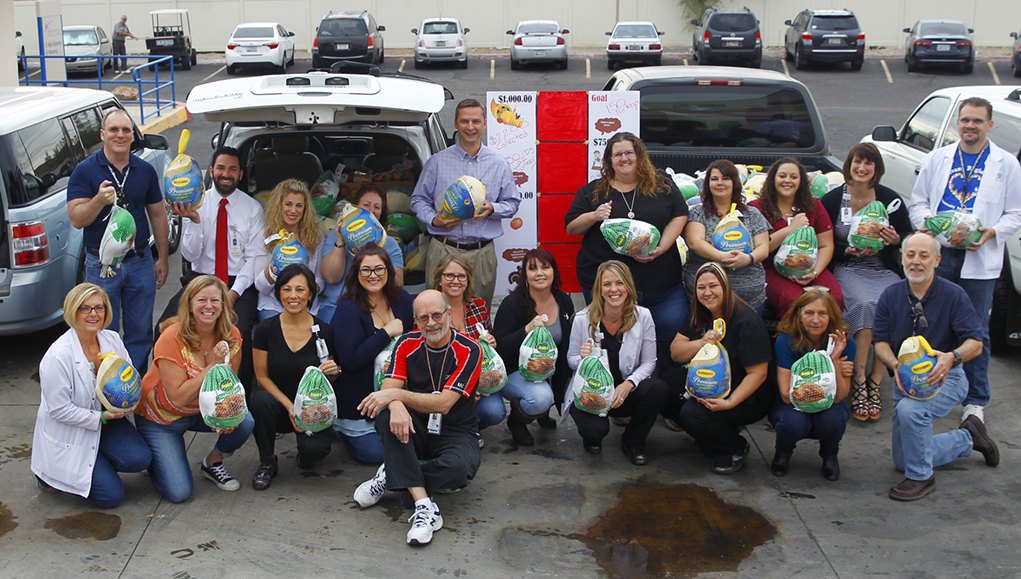 Employees at HRMC pose for a photo with turkeys to be given to the local the local food bank. Jillian Danielson/RiverScene

The fourth annual Thanksgiving food drive was made possible by monetary donations from employees of the hospital and community members.

With the money raised, the team organized meal boxes that would feed a family of four. The meal boxes included a 10 to 15 pound turkey, stuffing, potatoes, gravey, cranberry sauce, pumpkin pie mix, a pie crust and a can of vegetables.

“Each department had a competition to see whoever could raise the most funds.” committee chair Jennifer Perales said.

The Med, Surg/Tele team, led by Camille Zeller, won the department competition with more than 100 boxes. As the winning department, the director matched $5 per box to add a $500 donation to the total funds raised.

The meals were loaded up Friday morning and were distributed equally to The Havasu Community Food Bank and St. Vincent de Paul. 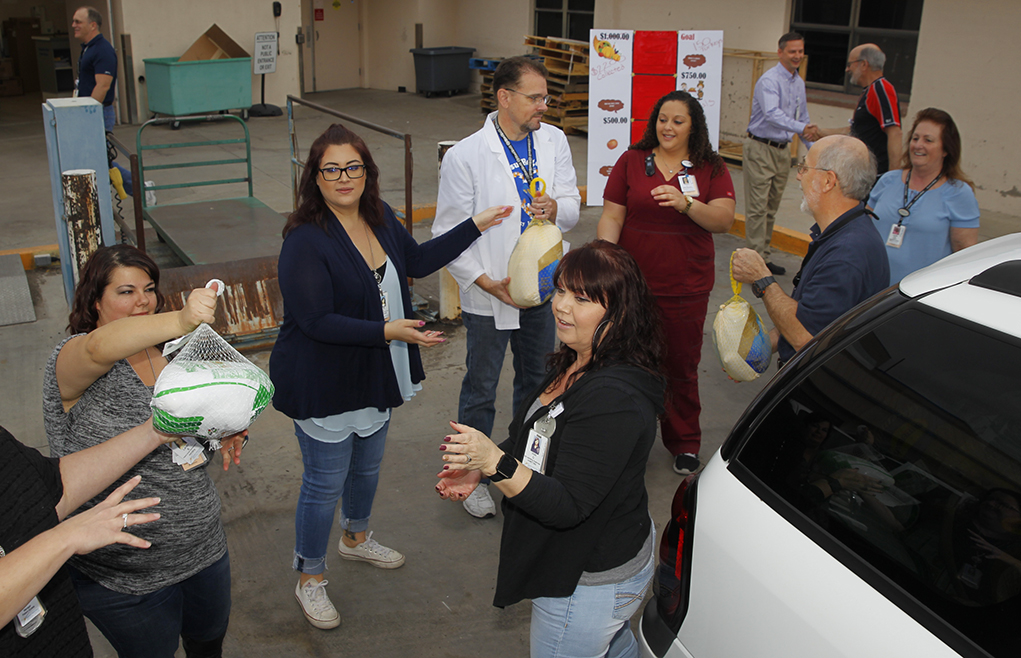 Employees of HRMC place turkeys into vehicles to transport to the local Food Bank. Jillian Danielson/RiverScene 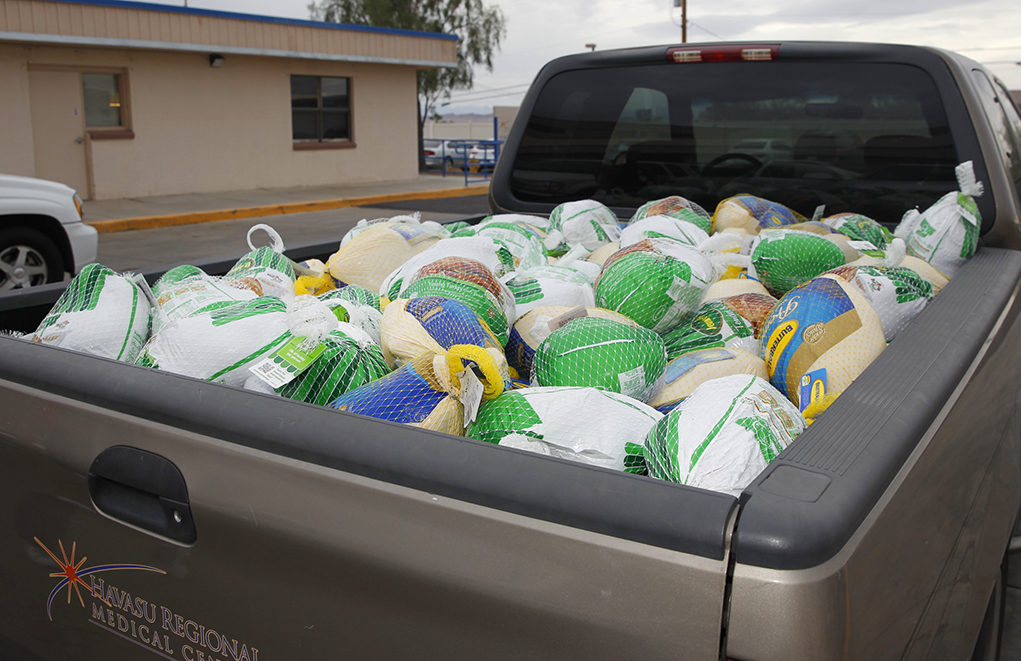 One Response to “HRMC Shares The Spirit Of Thanksgiving”