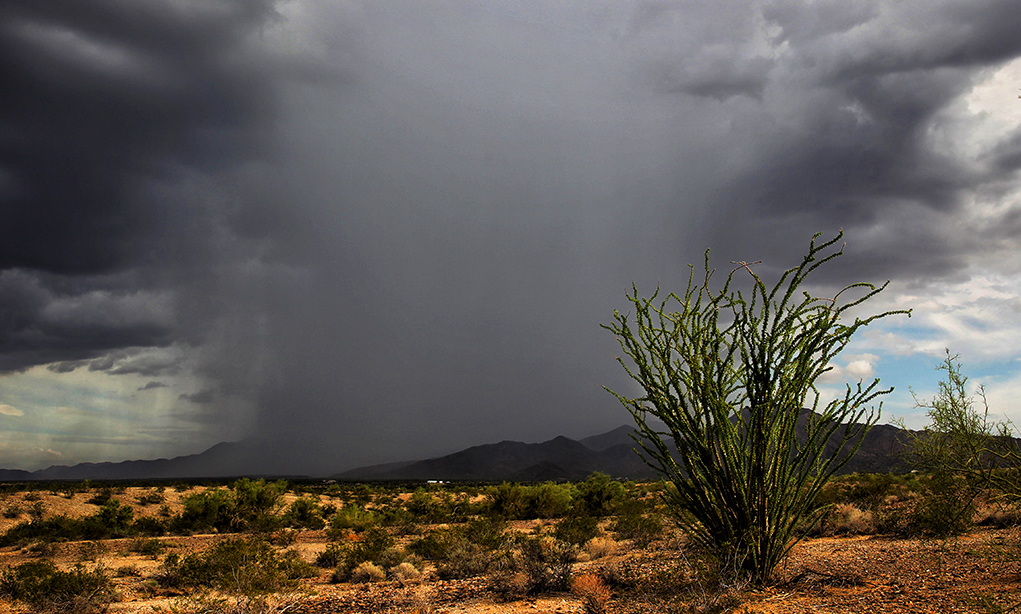 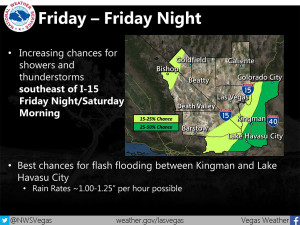 Moisture associated with Hurricane Dolores will get pushed into our region beginning Friday afternoon and evening. This will result in the potential for heavy rain and flash flooding, particularly Friday night through Saturday. Moisture will be in place across the entire region by Sunday, the forecast for Sunday will be at least in part dependent on what occurs Saturday & Saturday night. 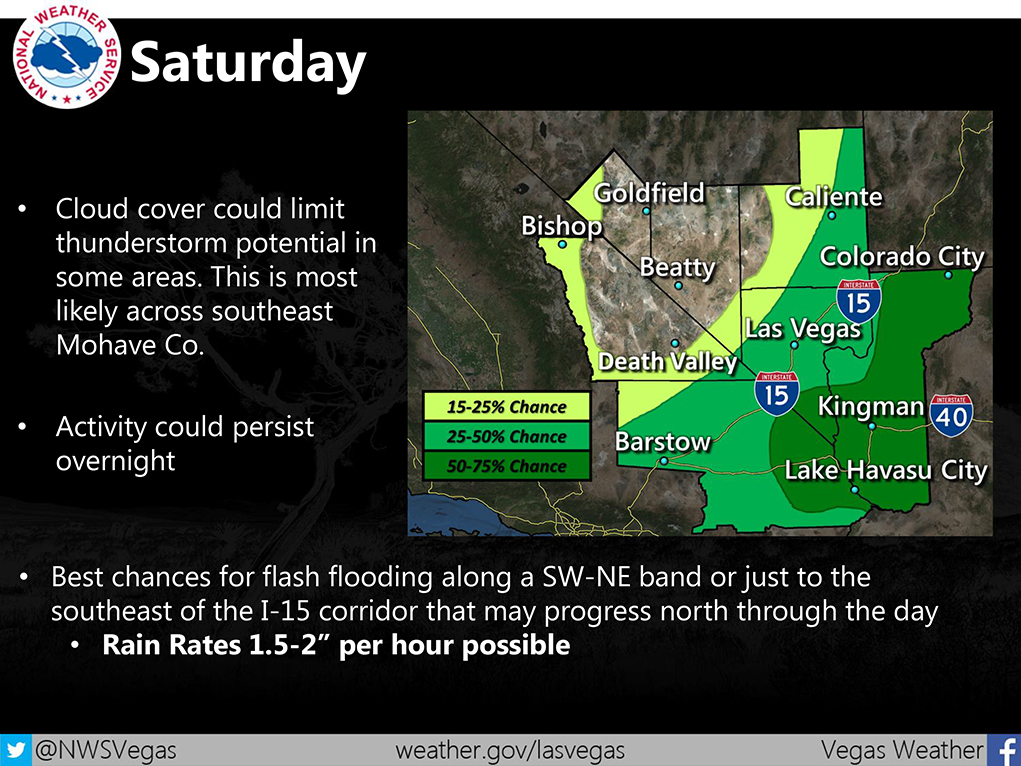 As always with this type of setup, many areas may see only light rain showers but one or more areas could see significant, life-threatening flash flooding due to several storms cells moving over the same location. The highest chance for these type of storms will be along and south of the I-15 corridor during the day Saturday, however confidence remains low in the exact placement.
Please exercise caution if planning travel or outdoor activities this weekend. In addition to the flash flood threat, storms will be capable of producing damaging winds and lightning.

Monsoon storms are always dangerous in the desert, but according to Lake Havasu City Fire Chief Dennis Mueller, the fire department has trained and is prepared for those extreme weather events. There also are local dangers that are unique to Lake Havasu City. Precautions are urged during what the weather services predict could be severe with heavy rain over the next couple of days. 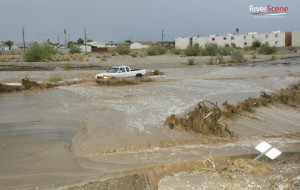 A pickup drives through a wash on Lake Havasu Avenue during a monsoon storm on July 13, 2012. Jillian Danielson/RiverScene

Mueller said, “Treat any and all washes where water is flowing as a danger, you never know what damage has been done to the street below, nor the actual force of the water flowing through it.”

He said that water flowing as low as 6-inches deep through a wash can cause significant force to move a vehicle and possibly undermine the roadway.

There is a state law that applies to drivers that attempt to drive through flooded areas and that their dangerous decision can lead to them being required to pay a steep fine. 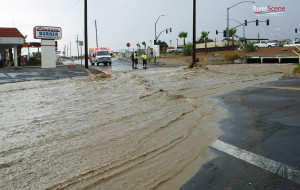 Mueller added, “Sorry, but any street where a wash crosses it could be dangerous so it is best I don’t identify specific wash areas. I don’t want to give a false perception that just because I didn’t identify a specific wash crossing that it’s OK or safe to cross.”

He stressed, “One last thing to consider. I know the monsoon is amazing to see, and it [can] even cause people to act differently. In the past, we have had to rescue people who have gotten caught outdoors during a storm, in a wash which they tried to cross, or in a vehicle on a flooded street while they were out looking at the storm and looking to see what damage the storm brought to the community.” 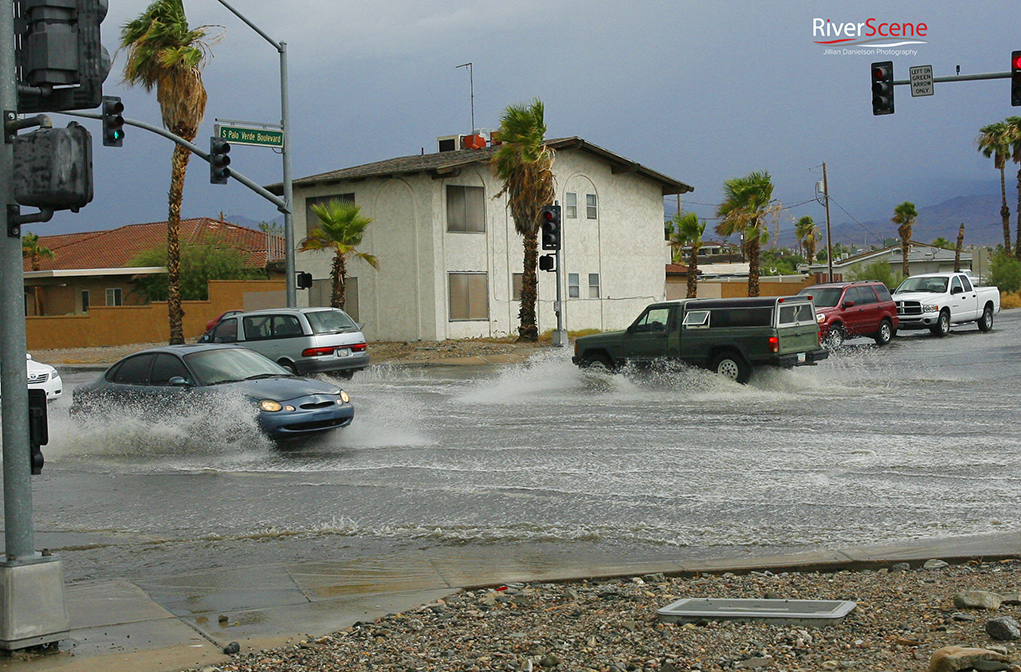 “Everyone should know that it is always best to stay inside when a monsoon blows through our city. People who drive the streets looking to see what damage the storm is doing or what is going on in their area actually have placed themselves in harm’s way and have actually caused the fire department to respond and rescue them.”

Fire department personnel conducted water rescue training prior to the boating season and before Memorial Day weekend, according to Mueller.

GoPro Video footage of a passenger car that was swept off of Maricopa Ave in Lake Havasu City. The passenger was unharmed in the incident. @YouTube