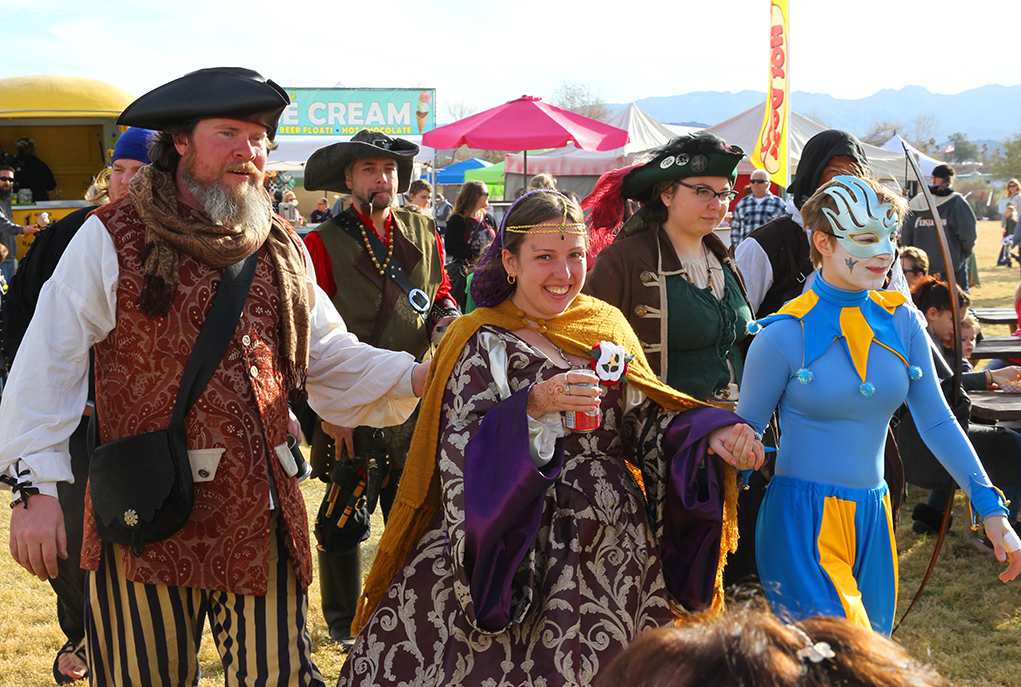 The preparation time is about nine months, he said. 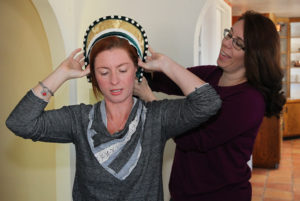 Amber Vanderjagt assists Melanie Preston with a hood that was made by Tina Harrison in preparation for the 2017 Renaissance Faire. Jillian Danielson/RiverScene

Three new guilds have sprung up in Lake Havasu City since the inaugural event in January. They include Havashire, Order of the Mountain, and the Royal Court. For now, each are busy working on costume creation and auditions for membership.

“Havashire, they are a local guild that formed in the last few months,” Van der Riet said. “They’re doing auditions for new members and have around 60 new members already, all local. They’re Havasu or Parker residents.”

The guilds each focus on a different aspect of Elizabethan-period lifestyle re-enactment by way of vocabulary, wardrobe, mannerisms and behavior.

For example, Havashire represents villagers or common folk. The Order of the Mountain is based on the concept of assassins who would work for the royal court. This guild has about 20 members. And, the Royal Court guild is, well, the nobility and all that surrounds. The group’s 30 members is set to focus on re-enactment of very formal events.

It was likened to hobbyists. They meet, they practice their craft, sometimes compete and enjoy each other’s company, Van der Riet said.

“Last year, we didn’t have our own guilds,” he said. “Seven came in. But, this year, we have nine guilds, primarily from Las Vegas, Bullhead City and California. These are big guilds. Clan Dark Sail guild were actually in ‘Pirates of the Caribbean’.” 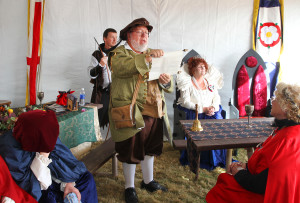 The Faire’s website www.londonbridgerenfaire.com tells of The Royal French Privateers of Clan DarkSail and how they specialize in 17th century, which was the Golden Age of Piracy. During the club’s 20 years, they’ve been in movies including “Pirates of the Caribbean: The Curse of the Black Pearl”; Master & Commander”, “Assassin’s Creed”; The Devil’s Spear”; and television shows airing on the History Channel.

Van der Riet said another guild is using Havasu’s Faire as an official combat event tournament. That means they’ll turn out with lots of combat weaponry of heavy steel and be in full armor.

“We have several new performing acts,” Van der Riet said. “Out of San Diego, we have the Highland Way Celtic Band coming to perform, who are very big on the Renaissance circuit.” 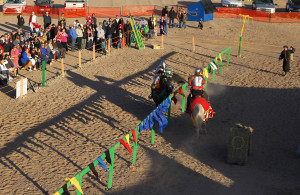 Jousters take part in a tournament at the 2016 Ren Faire. Jillian Danielson/RiverScene

A long-bow archery tournament based in Texas is set to travel to Havasu, and the jousters out of Washington state are set to return, too.

With just five more vendors than last year expected, organizers strive to keep the list narrowed to about 60. 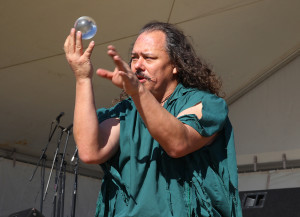 Online tickets purchased in advance of the event are slightly discounted. For more information, visit www.londonbridgerenfaire.com. 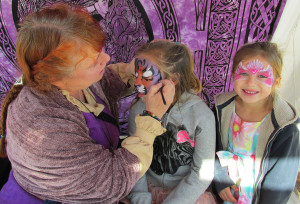 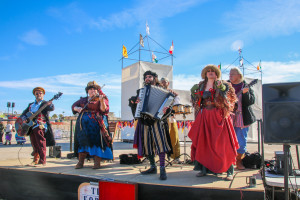 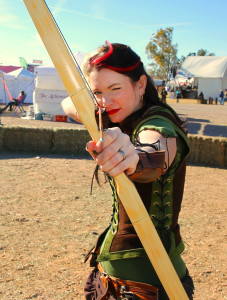 Robyn of Foxley poses for a photo Friday afternoon at the 2016 Ren Faire. Jillian Danielson/RiverScene 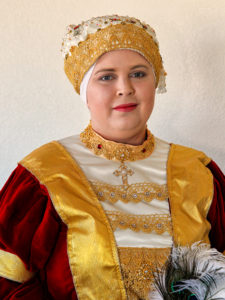 Bethany Dameron poses in a photo with a dress that took her over 50 hours to make for the Ren Faire. Jillian Danielson/RiverScene