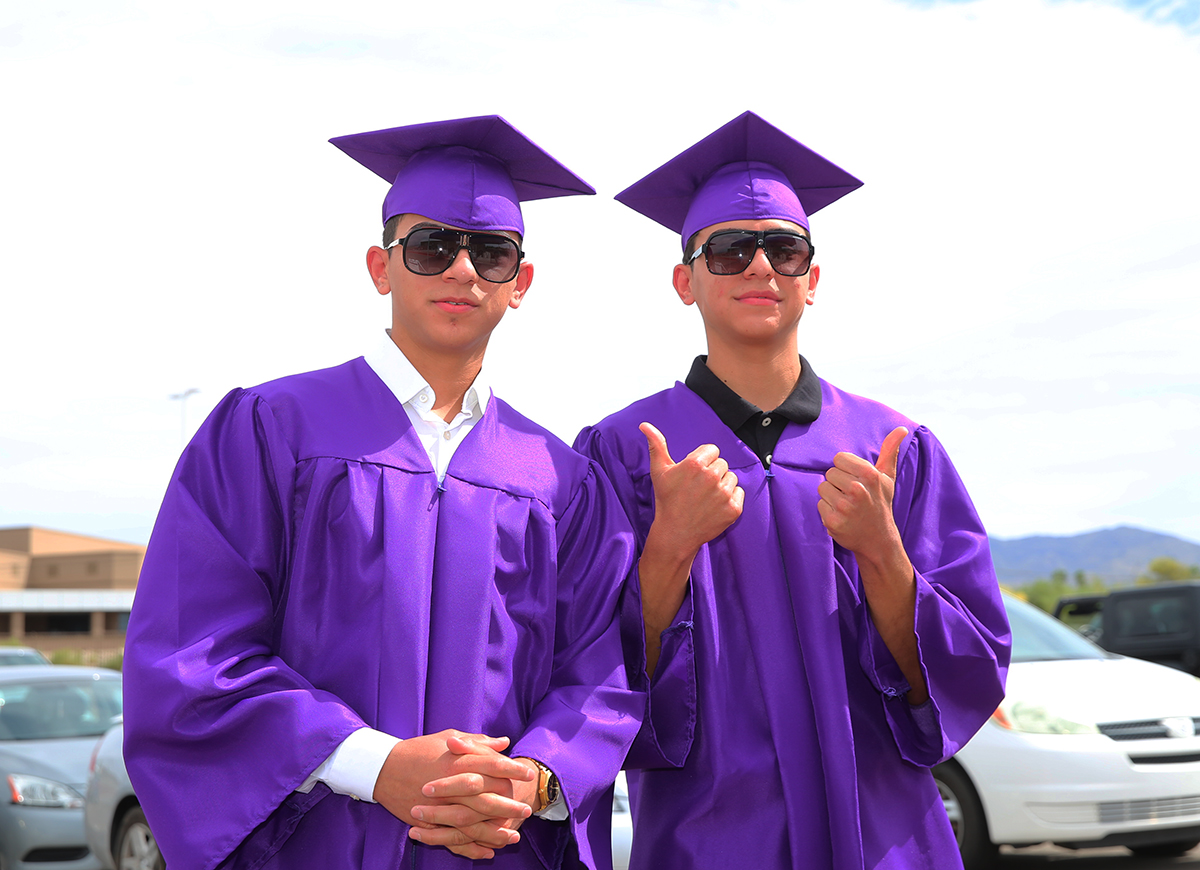 Twins are an uncommon occurrence, but in the small town of Lake Havasu City, two sets of twins, identical and fraternal, have graduated from high school this highly uncommon school year.

There biological differences in how identical and fraternal twins develop in the womb.

Dizygotic twins or fraternal twins, as they are more commonly known by, develop as a result of the mother releasing two eggs at once and they are fertilized separately.  Becasue of this, these types of twins only share approximately 50 percent identical chromosomes.

David and Jorge Viscaino have lived in Havasu all 18 years of their lives, and attended Lake Havasu High School till graduating this year.

Often identical twins are categorized as being just alike but the Viscaino brothers share that there are plenty of differences between the two. “We look very much alike but when you get to know us, you’ll tell the difference, because we have different personalities. Jorge has a hysterical face,” David Viscaino said. He mentioned that he has a more serious demeanor himself while being just a touch taller than his brother. 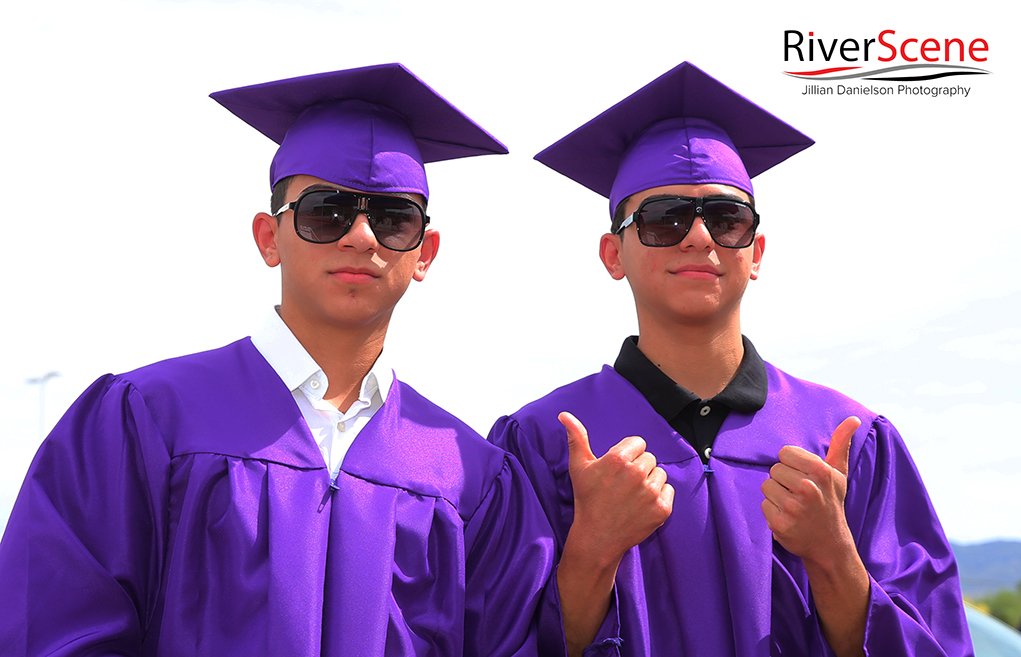 The differences between the identical twins has grown along with them as time passed. “Jorge’s hobbies are cutting hair for friends and family and going to work,” mentions David as he talks about his brother. David’s interests couldn’t be more different from Jorge’s as his hobbies are driven by the outdoors.

While in high school, the twins shared only one class, Cabinet Making, which stretched their interest in woodworking.

David Vacaino sadi, “We got to build many complex projects; such as a 6-foot office desk, and outdoor bench and a couple of night stands and other projects.”

Fraternal twins Kassandra and Taylor Furnell, who graduated from LHHS this year, would tell you they share many differences from one another. “Our personalities are completely different,” Kassandra Furnell said. She goes by Kassie for short. “For fun, I love hanging out with my friends and boyfriend and going to the beach and on the boat with them.” 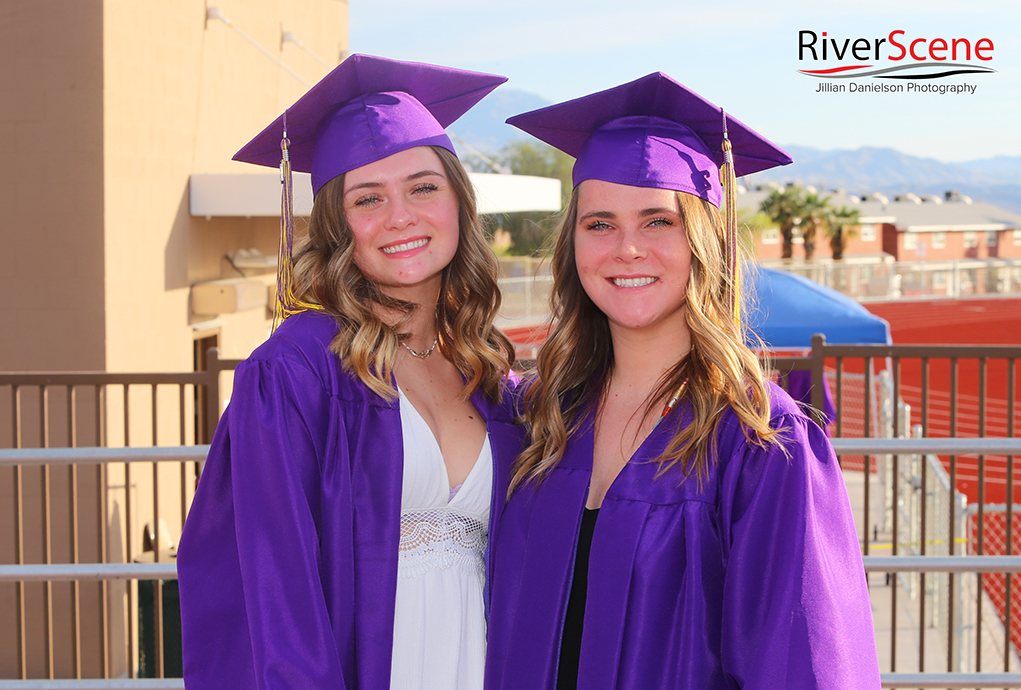 Taylor Furnell agreed with her sister. “I am more girly and artistic and she is more of a laid back but still spontaneous person. I like to play softball and do art and she likes volleyball.” The differences extend to future plans as well, “I am going to community college for two years then transferring to a university and she is going to cosmetology school.”

Kristine Adams, mother of fraternal twins Kassandra and Taylor Furnell, shared her story in 2002 with Woman’s World Magazine, bringing national attention to the birth of her twins. Adams has been a long-time resident of Lake Havasu City since 1980, graduating from LHHS in 1989.

Adams shared the difficulty that lead to eventual birth of her twins. “In the early 2000s, after losing my infant son to an infection, my best friend Lori Piccirillo-Lacy offered to be a surrogate and actually carried my twins for me. It was such a beautiful blessing.” 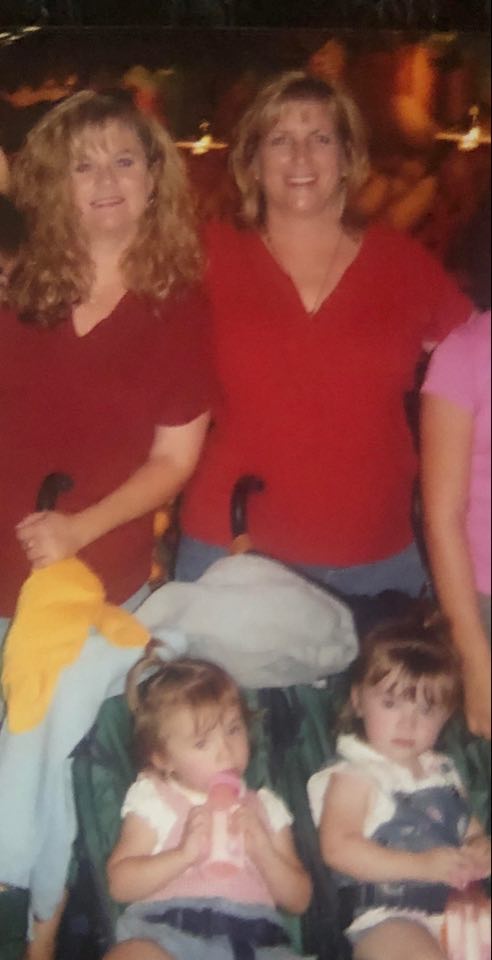 With the blessing also came the work that many parents tackle when there are two or more toddlers in the home. “Raising twins has not always been easy. It went from double diaper duty and feedings to two little toddlers running off in different directions. Then double the homework.”

The difficulties of the modern world may be a fast paced, social media driven adventure but within the folds rests family connections that thrive in their common stories. Twins may share more intimate connections than more common siblings.