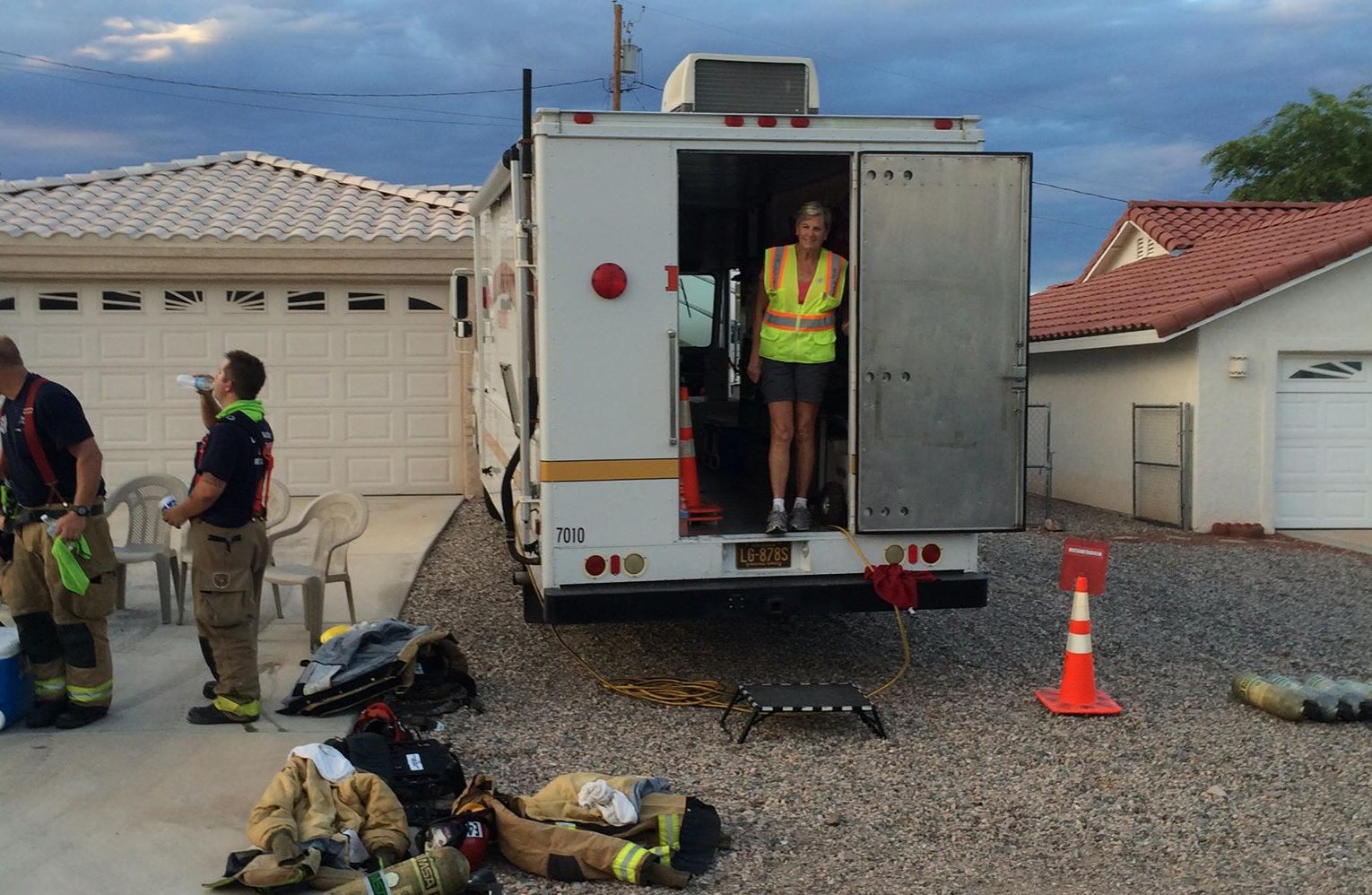 October is officially the start of event season in Lake Havasu City, which means when the fire department or police appear at large events, not too far behind is the volunteer Citizen Emergency Response Team or C.E.R.T. Team.

“You often see us at large scale events such as the Run to the Sun Relics and Rods event, the Balloon Festival and bike races at SARA Park. The team assists by administering basic first aid when needed,” said Bob MacMillan, C.E.R.T Team Leader in Lake Havasu City. 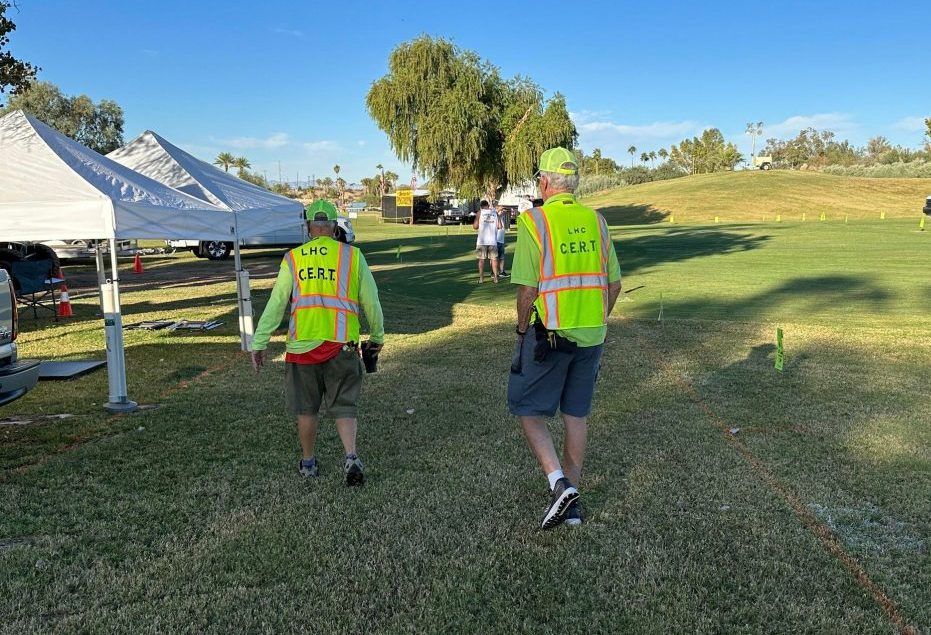 This dedicated group of volunteers is often the first point of contact and spends most of its time assisting in the community when professional responders are not immediately available. C.E.R.T members are active in emergency preparedness assignments as well.

The C.E.R.T team is also tasked with running rehab stations to rehydrate and assist members of the fire or police department when they are out in the field for countless hours.

“During a fire, we set up a station and provide snacks to the firefighters. We change their air bottles, give them sports drinks or water to rehab them before they go back into the fire. “This year we have been extremely busy with calls well over 20 to 25 more this year as well,” adds Mac Millan

The first Community Emergency Response Team (C.E.R.T) was created in 1985 and was used by the Los Angeles City Fire Department when one of the major earthquakes, known as The Whittier Narrows earthquake, rocked California in 1987 and was marked as an areawide threat of a major disaster in California. Soon, other cities and towns across the United States started to form their own C. E. R.T. teams. 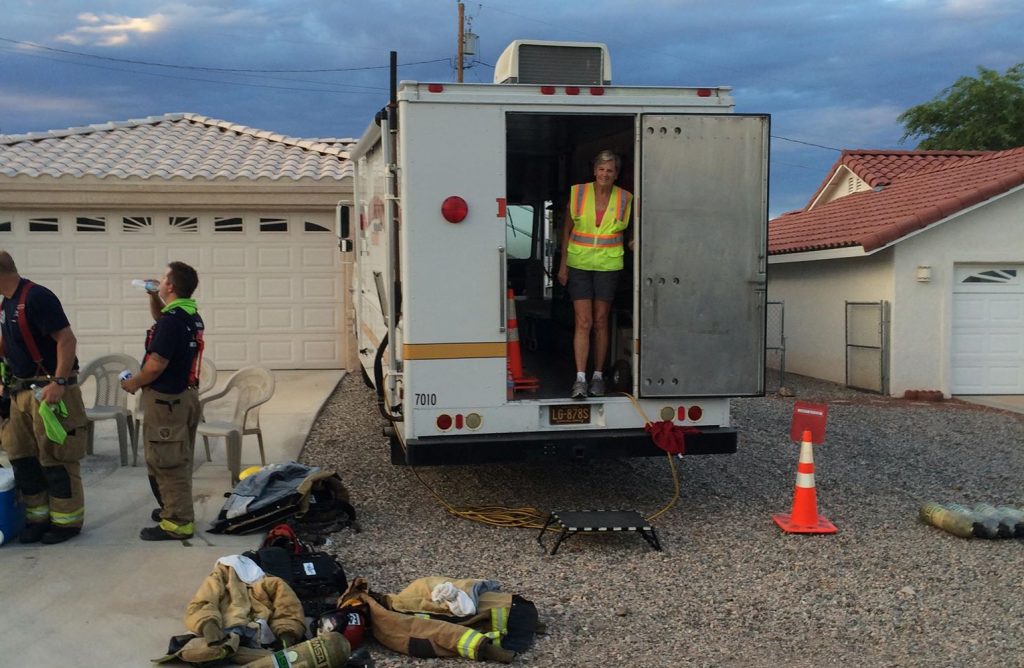 C.E.R.T members are constantly training to be prepared for any disaster that may take place in the community. From helping out during monsoon and event season, to making sure first responders are refreshed and constantly ready. 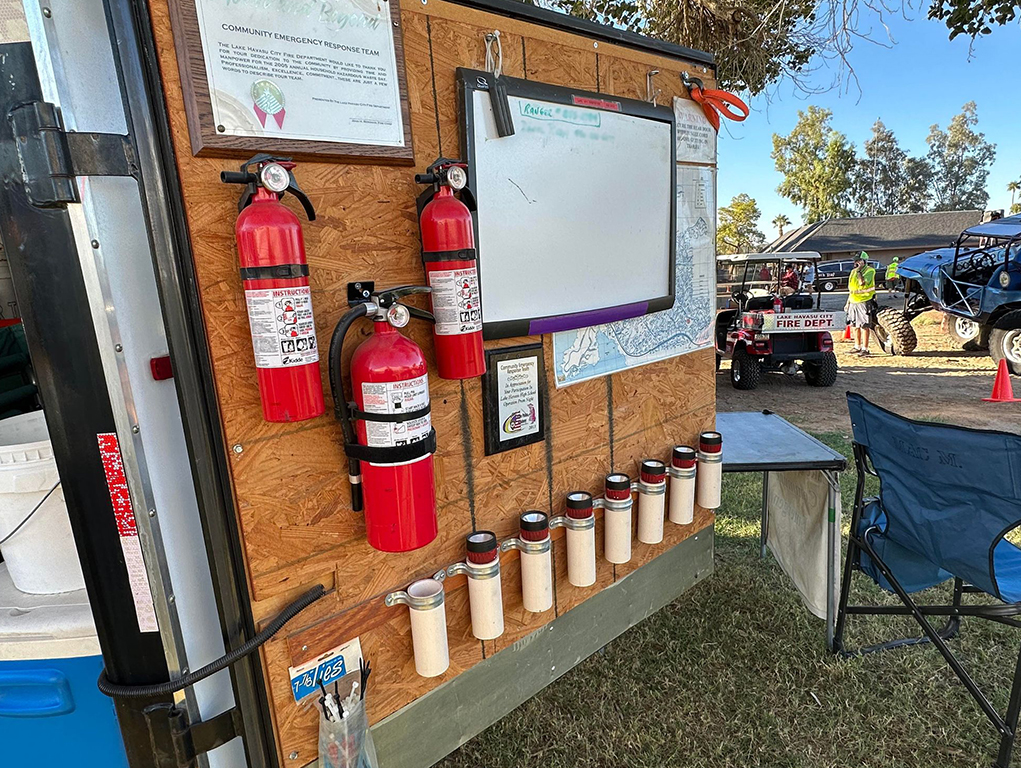 The C.E.R.T trailer is ready and available for any emergency in Lake Havasu City. Jillian Danielson/RiverScene

“Volunteers must take refresher courses and attend meetings,” said MacMillian. “or they are out of the group.”

In early January of 2015, the C.E.R.T team helped with the recovery operation of pieces of the London Bridge that were forced onto the Bridgewater Channel after a car crashed into the Bridge and damaged part of it.

In October 2014, the group also responded to an RV fire that claimed the life of one Havasu resident in the 1600 block of Cactus Drive.  C.E.R.T volunteers kept the neighborhood residents informed and provided water bottles, towels and lots of support for firefighters on the scene who needed their assistance. 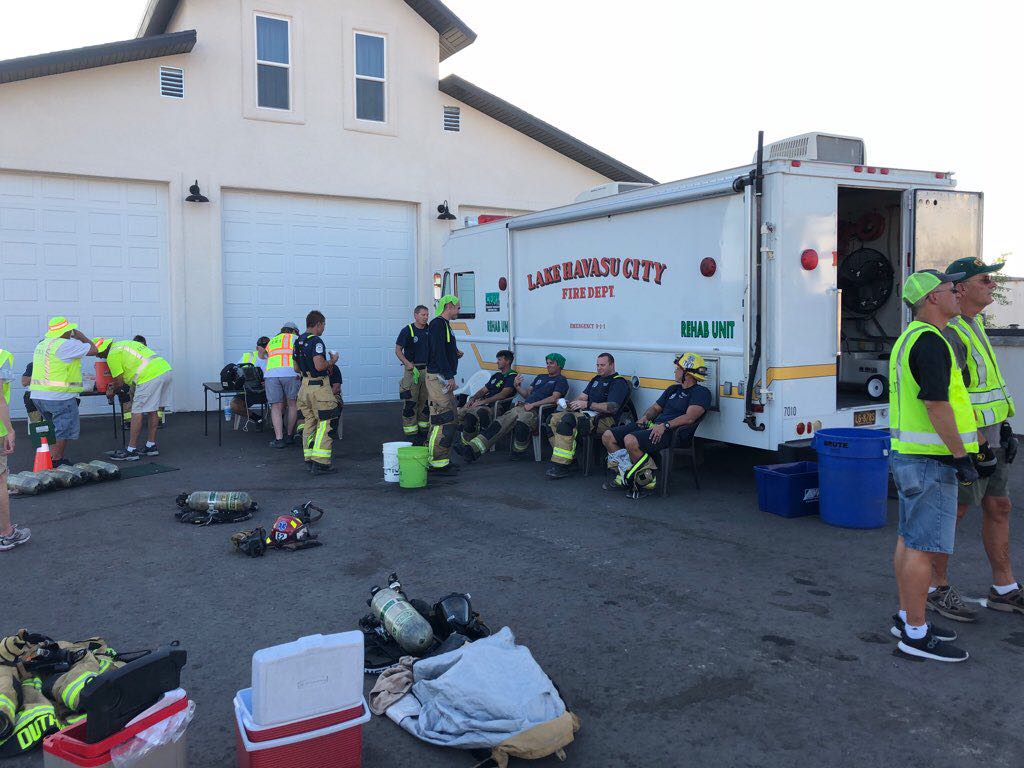 “We are so lucky to have such a very open fire department here who is receptive to all we do,” says MacMillan. “If there is a scene or job that is above the C.E.R.T teams level, that’s when we definitely in turn, hand it over to the fire department.”

MacMillan also said he believes that everyone on the C.E.R.T team are just individuals who are dedicated to do a job they all really love to do. 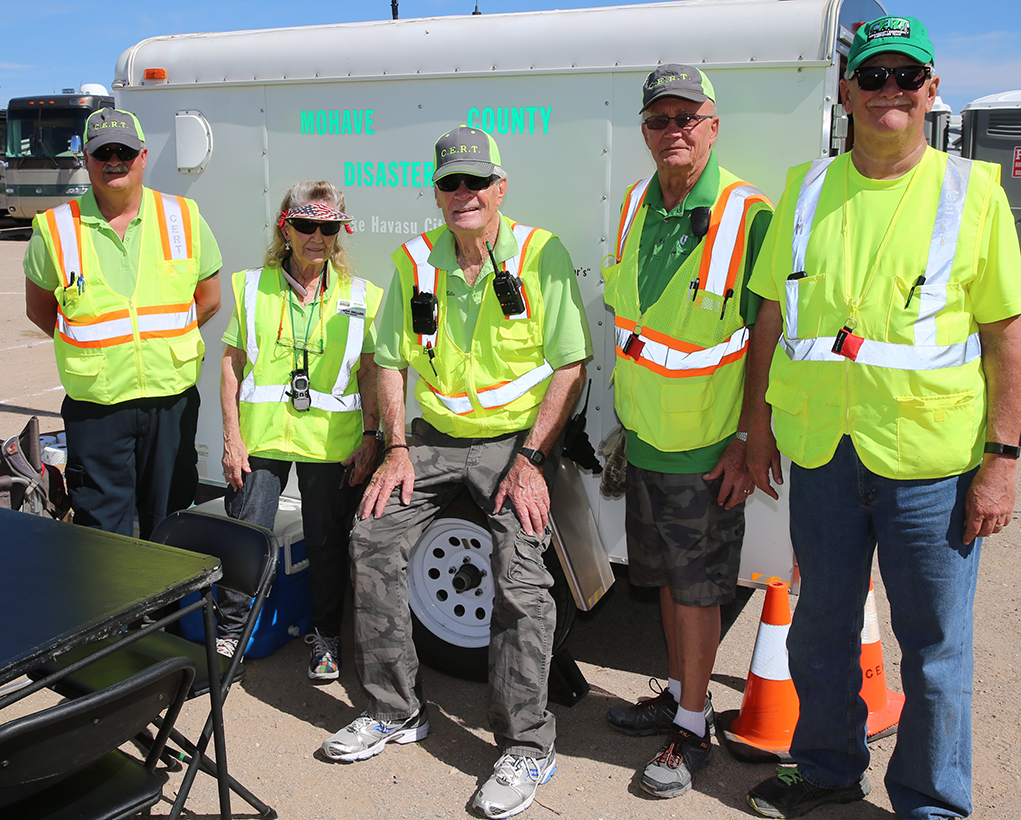 Members of the C.E.R.T. team pose for a photo while working the Bluegrass Festival in March. Jillian Danielson/RiverScene 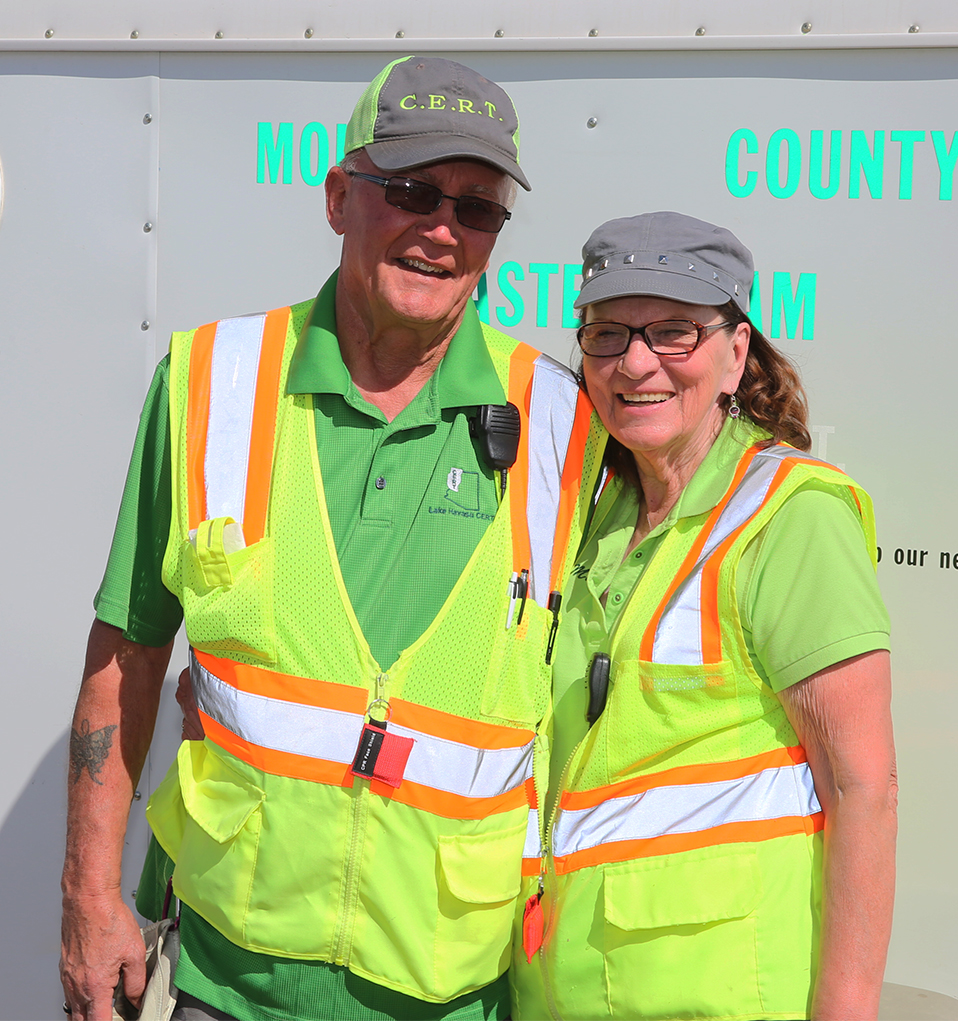 C.E.R.T. members Clayton and Coriene Maier pose for a photo while working at the Bluegrass Festival this past March. Jillian Danielson/RiverScene 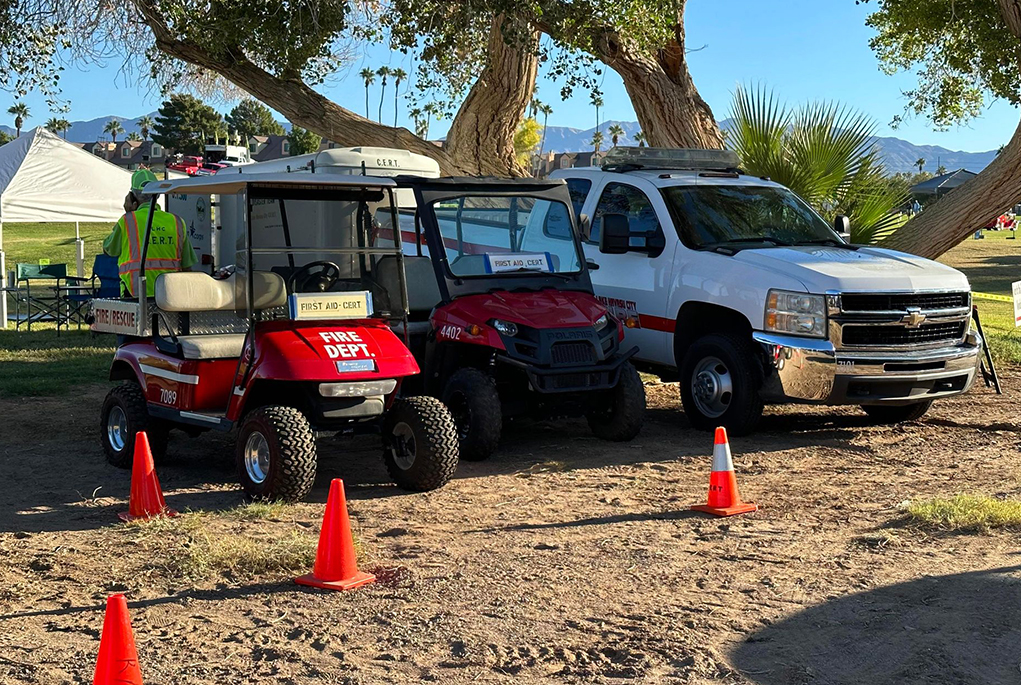 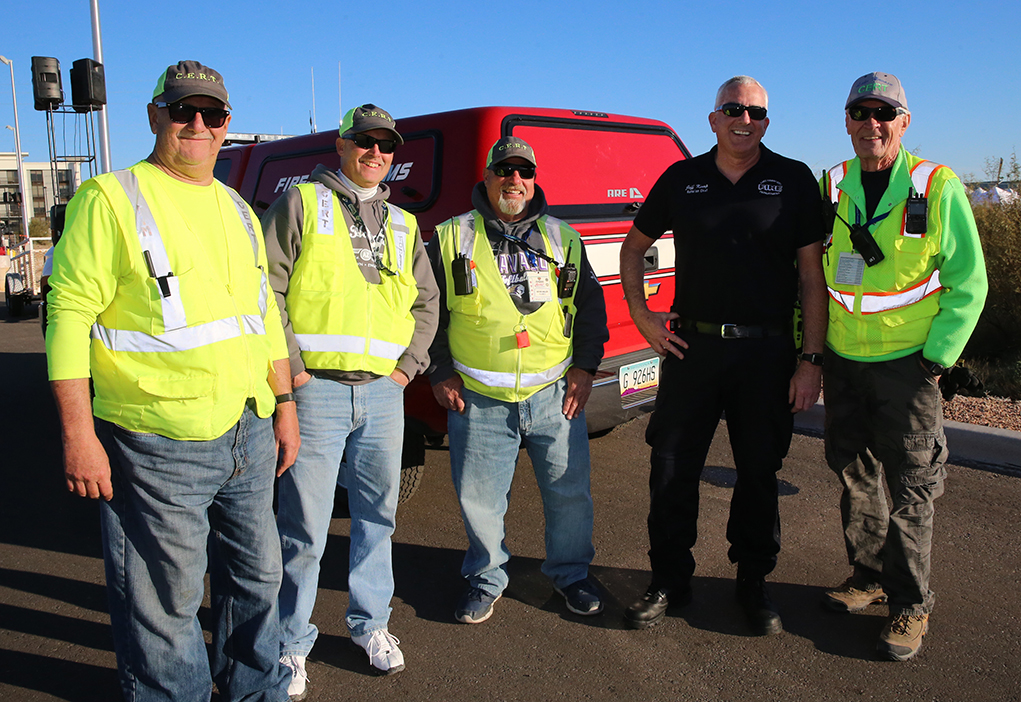 One Response to “Inside Lake Havasu City’s C.E.R.T. Team”