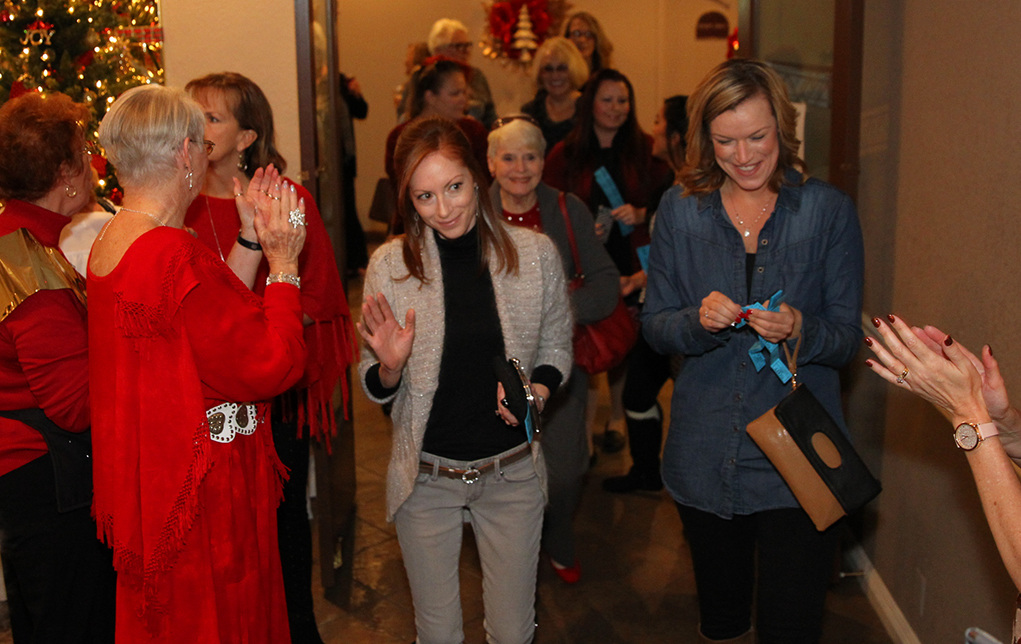 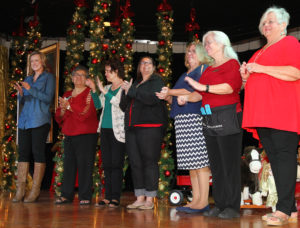 “We’re having the Christmas Tree Festival where we raise money for women in the community that have an unexpected financial need that cannot be met elsewhere,” said Women with Willpower president Connie Alexander.

Alexander said the group’s help is a hand up, not a hand out and recipients can only visit the well one time. Women with Willpower have been known to pay the rent or utilities, cover grocery needs, car repairs, certifications for job advancement, or provide means for a family member to travel the distance between Havasu and a metropolitan area to provide companionship for a woman undergoing medical testing or treatment.

“We’re here to get them past that one thing that is weird,” Alexander said. “It’s a sisterhood. It’s women helping women.”

There are 125 donors associated with Women with Willpower. This year, $20,000 has been provided to at least 16 recipients. 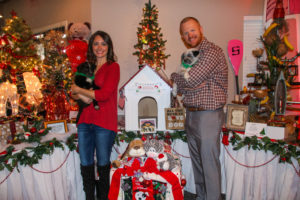 Sarah and Jared Pennington pose with the puppies that were given away at the Christmas Tree Raffle. Rick Powell/RiverScene

Sarah Pennington, local real estate agent and co-owner of Pennington’s Pub, has been a donor and working with the nonprofit for three years. Four months ago, she became a Signature sponsor. The title commits her for one year to contribute a percentage of her real estate commissions to helping other women.

“I do it because it stays local,” Pennington said. “One hundred percent of everything goes back into the community. There is no overhead and everyone is a volunteer.”

Fifteen decorating divas were credited for this year’s event theme of Old Fashion Christmas. Women with Willpower décor diva committee head Shela Barker said the group had worked weekly in her garage since September to handcraft the décor. The centerpieces were sold, benefitting the group’s cause.

“The idea started in February,” Barker said, four-year Women with Willpower donor. “We worked September, October and November in my garage, we made everything except the paintings.” 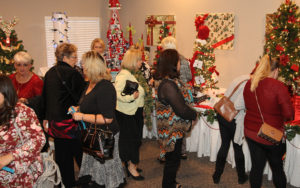 Attendees look at the trees that were raffled off Sunday afternoon. Jillian Danielson/RiverScene

In short, it took two days of toil to coax the London Bridge Resort’s Convention Center into an elegant Christmas jubilee. Barker anticipated another day would be consumed taking it all down once again following the celebration.

“I like the fact that the organization takes care of women in Havasu, and that we’re not controlled by any city, county or government agency,” Barker said. “We are all donors, not members. We make a $50 yearly donation. Everybody is a volunteer, nobody is paid.”

Guest speaker Lisa DeFelice, who was a recipient in 2009, shared her story of hardship centering on divorce, breast cancer diagnosis, and looming debt. Women with Willpower stepped in to pay her mortgage one month, and paid a credit of $350 on her phone bill to help her along as she faced her challenges.

Organizers reported the event sold out again this year to 330 ticketholders. 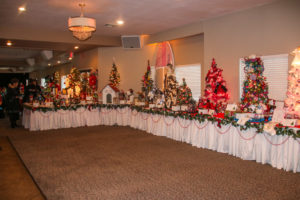 Trees sit on display that were raffled off Sunday afternoon. Rick Powell/RiverScene

The themed trees were designed by local resident and businesses and included the following:

For more information about Women with Willpower, visit www.womenwithwillpower.org on the web. 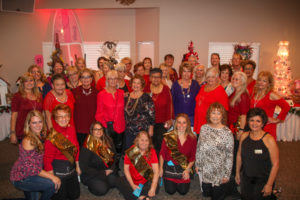 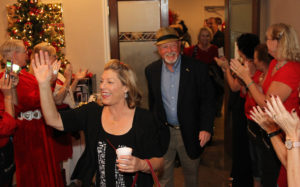 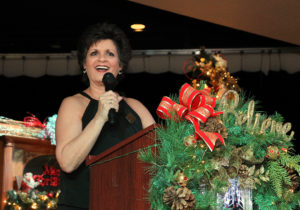 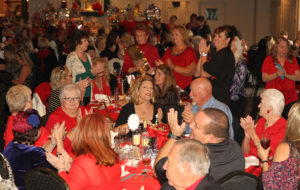 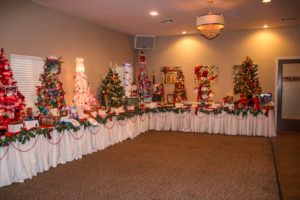 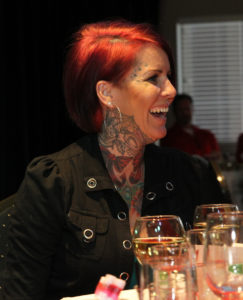 One Response to “Inspiration, Motivation And Humility Celebrated At O’ Christmas Tree Festival”