Itching For A Swim? 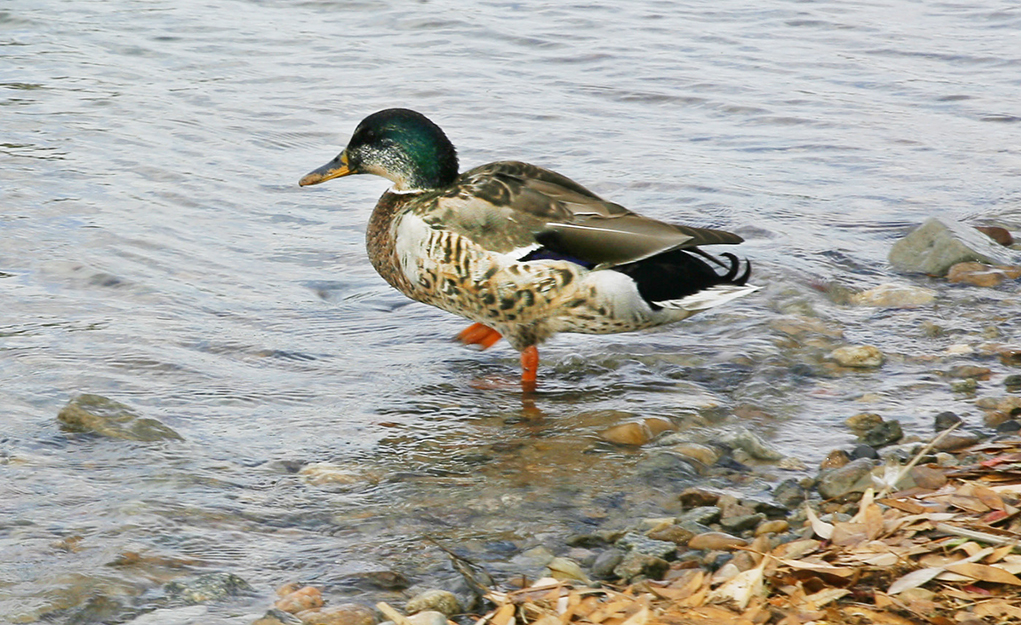 As warming waters invite swimmers and water goers from around the country, it can be easy in a town of no worries to become distracted from concern by good times being had. With water safety a primary concern for those in and on the water, the water itself is seldom given much consideration. While thoughts of local lake wildlife may conjure the notion of meals for campers or trophies for fisherman, another infamous summer occupant is poised for its annual appearance under the reservation name: Schistosomiasis; known most commonly as ‘Swimmer’s Itch’.

Infecting hundreds of millions worldwide annually, Schistosomiasis, also known as Bilharzia, occupies freshwater streams and lakes host to snails and water fowl, acting as intermediate hosts to this tiny parasitic flatworm. Following the ingestion of an infected freshwater snail, the parasite is passed then to the consuming water fowl, whose excrement reintroduces the organism into the water stream as a miniscule parasite, invisible to the naked eye. It is following the release of the birds’ droppings into the water that swimmers come into contact with the organism, able to burrow into the skin of those it finds as hosts, resulting sometimes in an irritating skin reaction known commonly as swimmer’s itch. Though seemingly intimidating, Schistosomiasis occurs naturally in lake waters, streams and even chlorinated swimming pools often utilized by people, while posing little risk to general health. The discomfort generally associated with Swimmer’s Itch does not affect each person in contact with the organism, but rather is known to aggravate the skin of those water goers who carry a natural allergy to Schistosomiasis infection. This allergic reaction of the skin results most often in an uncomfortable often itchy, red rash, referred to as Cercarial Dermatitis, appearing on parts of, or sometimes the entire body. 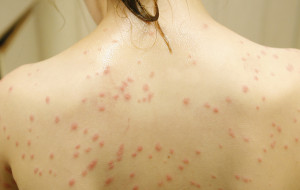 Swimmer’s Itch spots often look like red small dots that spread on the areas that was touched by the lake water. submitted photo

Though generally unpleasant, Swimmer’s Itch reactions are typically short lived, clearing up often within a matter of only a few days, though some cases can last up to a week. While waiting for the infection to run its course, comfort is easily sought though the use of over-the-counter antihistamines, calamine lotions and corticosteroid creams, which are topically applied to areas of the irritated skin. Those experiencing the discomfort of Schistosomiasis often find relief in the bathing in Epsom salts and baking soda, known to provide relief and conditioning to the skin. The application of a thick paste of baking soda mixed with water, then applied to the affected area has also been reported as a successful home remedy in treating the dermal irritation.

Children are often the most susceptible to succumbing to Schistosomiasis infection, as they are the most likely to stay in the water longest, prolonging their potential for exposure. Also tending to play in more shallow, often warmer waters which play host to the organism, children tend to be more likely to come into contact with the organism. Prevention of infection is quite possible and is often easily accomplished by swimming in deeper, colder moving water where the parasites are less. Rinsing thoroughly with clean soap and water immediately after swimming, as well as toweling briskly after leaving the water is also known to lessen the likelihood of infection or irritation. Aversion of standing water host to either or both snails and water fowl or the wading in marshy areas is often sufficient measure to avoid contact and infection.

As spring wanes and summer prepares to rage on, Lake Havasu swimmers and beach goers ready themselves for a season of high temps and no bad days. While preparing for the long and heated afternoons ahead, water safety carries with it too the knowledge that we share our lake as visitors to an environment inhabited by other occupants. Care for ourselves and an appropriate respect for the lake habitat is paramount when visiting the waters of the Colorado River, with a bit of knowledge and preparation carrying a long way. The temperature slowly rising, Lake Havasu citizens are prompted of potential cautions, reminding swimmers to seek cool, deeper waters where can more safely ‘go with the flow’.