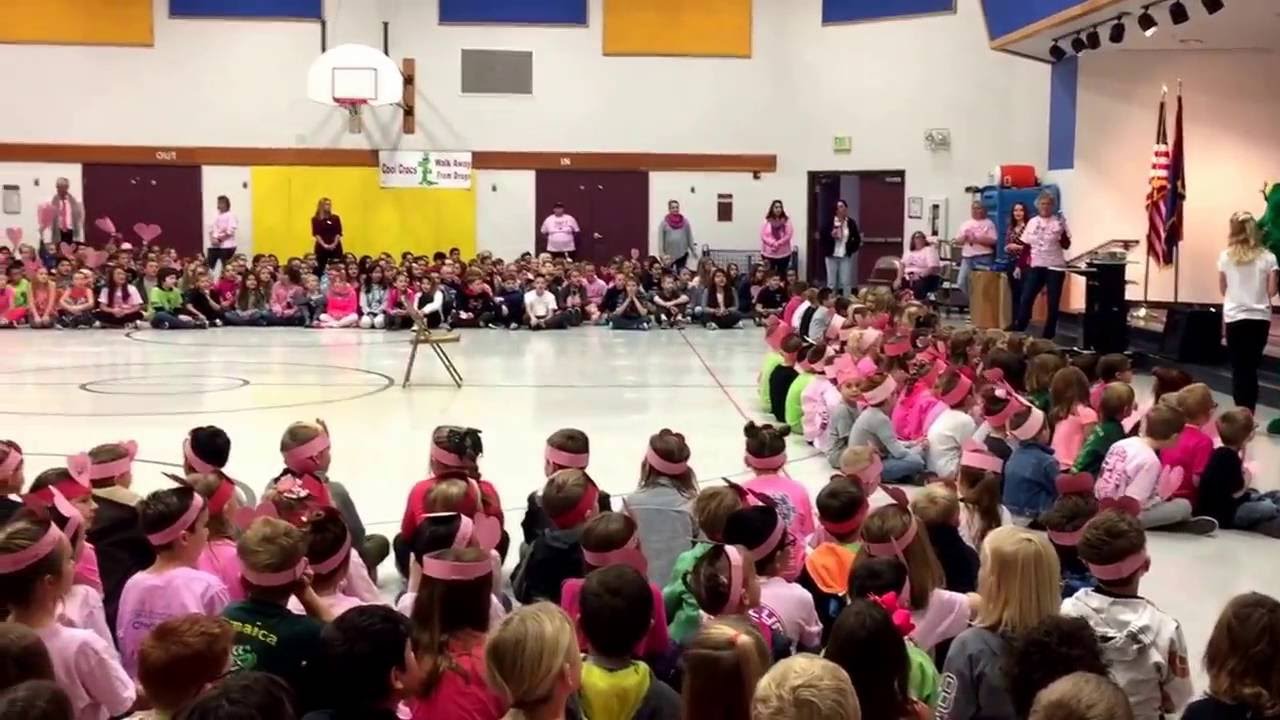 “She is amazing, and she deserves the support,” said Jamaica principal Andrea Helart. 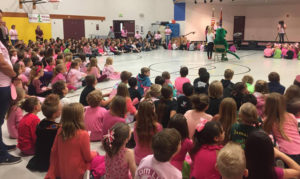 The effort has been ongoing since August, which marked Edwards’ breast cancer diagnosis. Get-well letters, fundraisers and Spirit Fridays, during which the students and staff wear pink clothing, have been part of the school’s support when it comes to Edwards.

Edwards has been undergoing chemotherapy treatments and rather quickly had to undergo surgery this week, Helart said.

Friday, 560 students, 50 teachers and staff, members of the Parent Teacher Student Organization, and parents who could attend joined together within the school’s gymnasium to sing Rachel Platten’s “Fight Song.”

The students prepared for the rendition over the course of two weeks by practicing the song during designated music class and during homeroom. During that time, 560 hearts were made – some on hats, some cut from construction paper – and presented for display during the assembly. The hearts each had message of hope, inspiration, and recovery for Edwards.

The assembly was videotaped and photographed so the video and images could be sent to Edwards as a gesture of support during her recovery, Helart said. 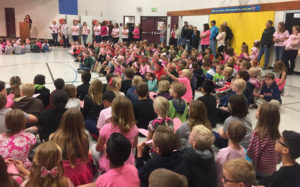 One Response to “Jamaica Students And Faculty Gather For Hope, Inspiration”