Journey Of Hope Pedals Its Way Into The Heart Of Havasu 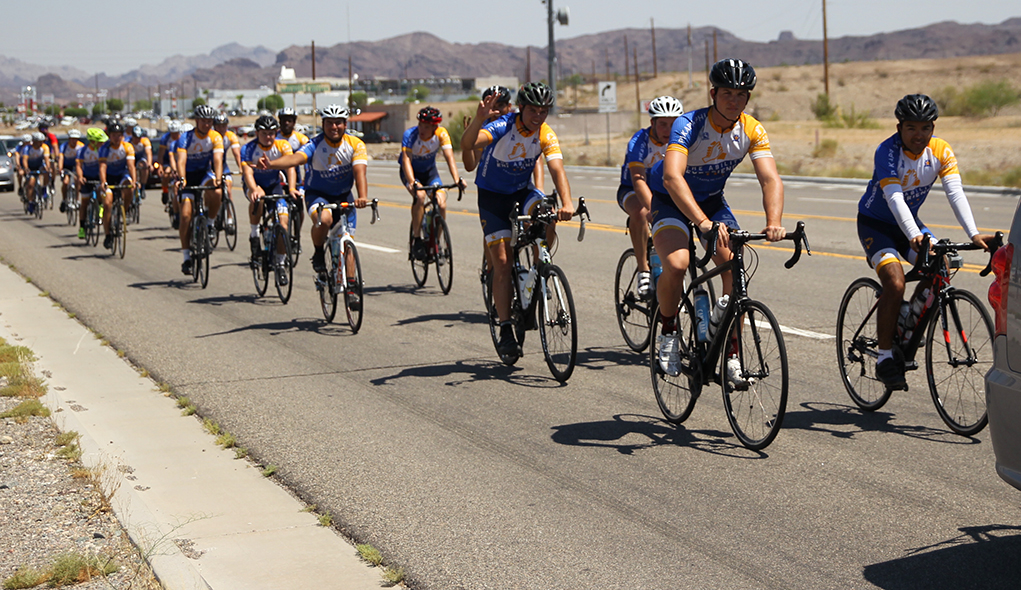 Twenty-four Journey of Hope cyclists and their eight crew members pedaled their way into Lake Havasu City Friday for a stay-over during a two-month daily cross-country cycling trek spanning thousands of miles. The effort raises funds and awareness for people with disabilities.

“It’s going very well,” said Algernon Dean, public relations coordinator for Journey of Hope’s South Route. “The weather is hot here but the guys are loving it … overall the team is progressing very well. We’re excited to be in Arizona, this is the third state we’ve been in.”

The journey began June 16 when the cyclists left Long Beach, Calif., after three days of orientation. There are three routes, each made up of about 30 cyclists and support crew. All are fraternity members of Pi Kappa Phi. 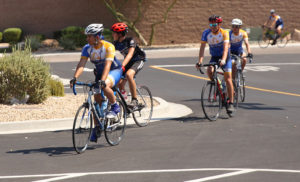 On the way to Havasu, which is day 12 and 13 of the 62-day trek, they’ll have passed through other California cities including Ontario, Victorville, and Barstow. The route also includes Pahrump and Las Vegas, in Nevada; and Bullhead City, Ariz.

The excursion always carries mishaps such as one cyclist who keeps experiencing flat tires.

“We have one guy and he has been having flats like crazy,” Dean said. “He has had around eight flats but he’s getting through it.”

Dean reported cyclists and crew members along the South Route  representing states including Florida, Arizona, New York, Washington State, Colorado, Tennessee, California, Texas, and Massachusetts. Thus far, the ride has been injury-free with nothing to prevent anyone from riding. 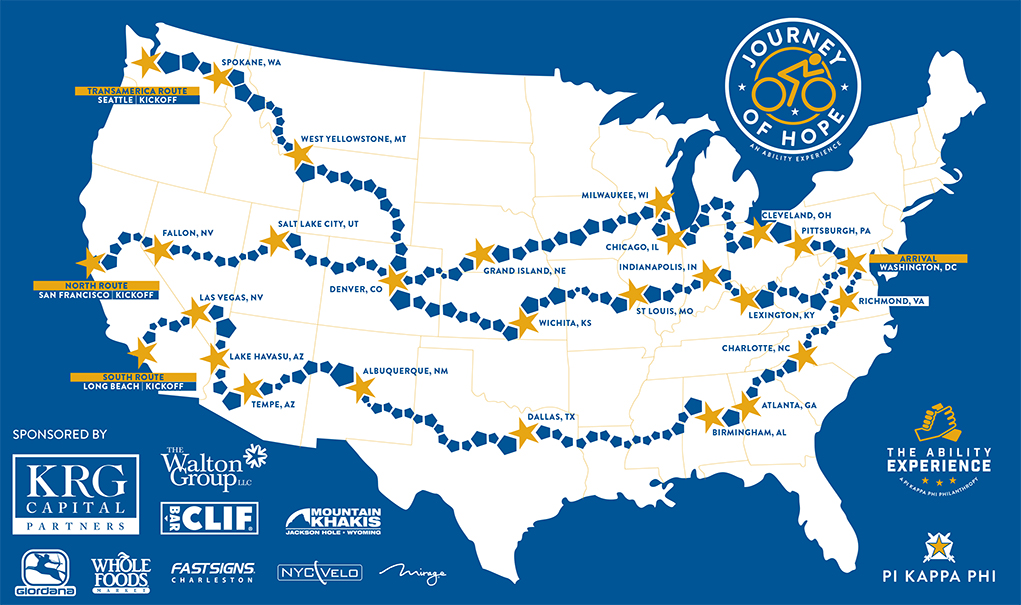 Today, the cyclists left about 6 a.m. and rode about 65 miles from Bullhead to Havasu, a tremendous feat in this region’s recent record-setting triple-digit temperatures.

“We’re expecting it to be hot but we’re definitely expecting to have a lot of fun,” Dean said Thursday night in anticipation of Havasu. “We’re excited for Arizona … all of this is new to me. I’ve never left the state of Florida before.”

“We’re excited for Arizona … all of this is new to me. I’ve never left the state of Florida before.”

After arriving late Friday morning, the cyclists will be watered at the Wal-Mart Supercenter’s garden center before they’re police-escorted to their lodging at Lake Havasu High School. Civitan, who hosts Special Olympics, will provide a luncheon there for the cyclists and crew.

“They’re the most wonderful people in the world,” said Brigid Stevens, of Havasu, and longtime Journey of Hope supporter. “We have a wonderful community and this continues to be legendary. There is a lot of people who chip in.” 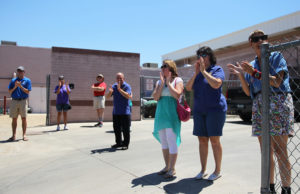 New Horizons greet the cyclists as they pull in to the high school for lunch. Jillian Danielson/RiverScene

Other activities include a friendship visit with New Horizons, which is the local community of residents with disabilities; a day on the Lake with London Bridge Yacht club members; splashing around in the backyard pool of  Stevens’ home on the north side, a dashboard cookie competition for prizes; and a pool party at the Refuge Golf & Country Club.

On Sunday, Knights of Columbus hosts a departure pancake breakfast for the cyclists and crew.

When the team heads out, they’ll travel to Parker next. They’ll be cycling through other Arizona cities including Wickenburg, Tempe, Globe and Lakeside through the end of June. The month of July brings them into New Mexico, Texas, Louisiana, Mississippi, Alabama, and Georgia. August brings them South Carolina, North Carolina and Virginia. Their final destination is Washington, D.C. on Aug. 13. All three teams are set to meet up there that day.

The three teams’ collective cycling efforts raise awareness and about $500,000 for people with disabilities during the annual excursion.

Journey of Hope is part of The Ability Experience, philanthropy of Pi Kappa Phi, according to the fraternity’s website www.abliltyexperince.org. 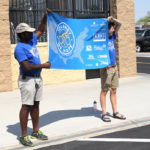 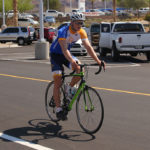 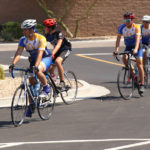 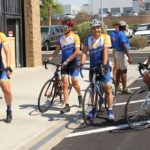 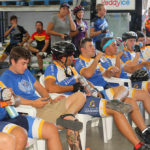 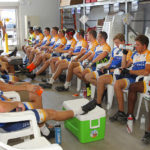 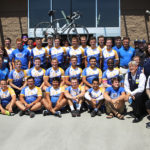 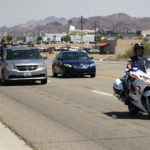 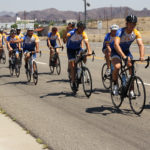 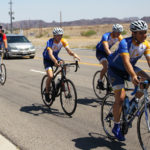 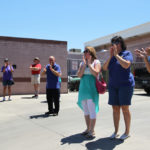 New Horizons greet the cyclists as they pull in to the high school for lunch. Jillian Danielson/RiverScene 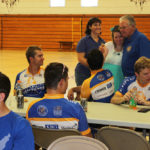 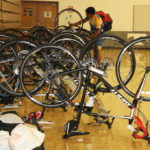