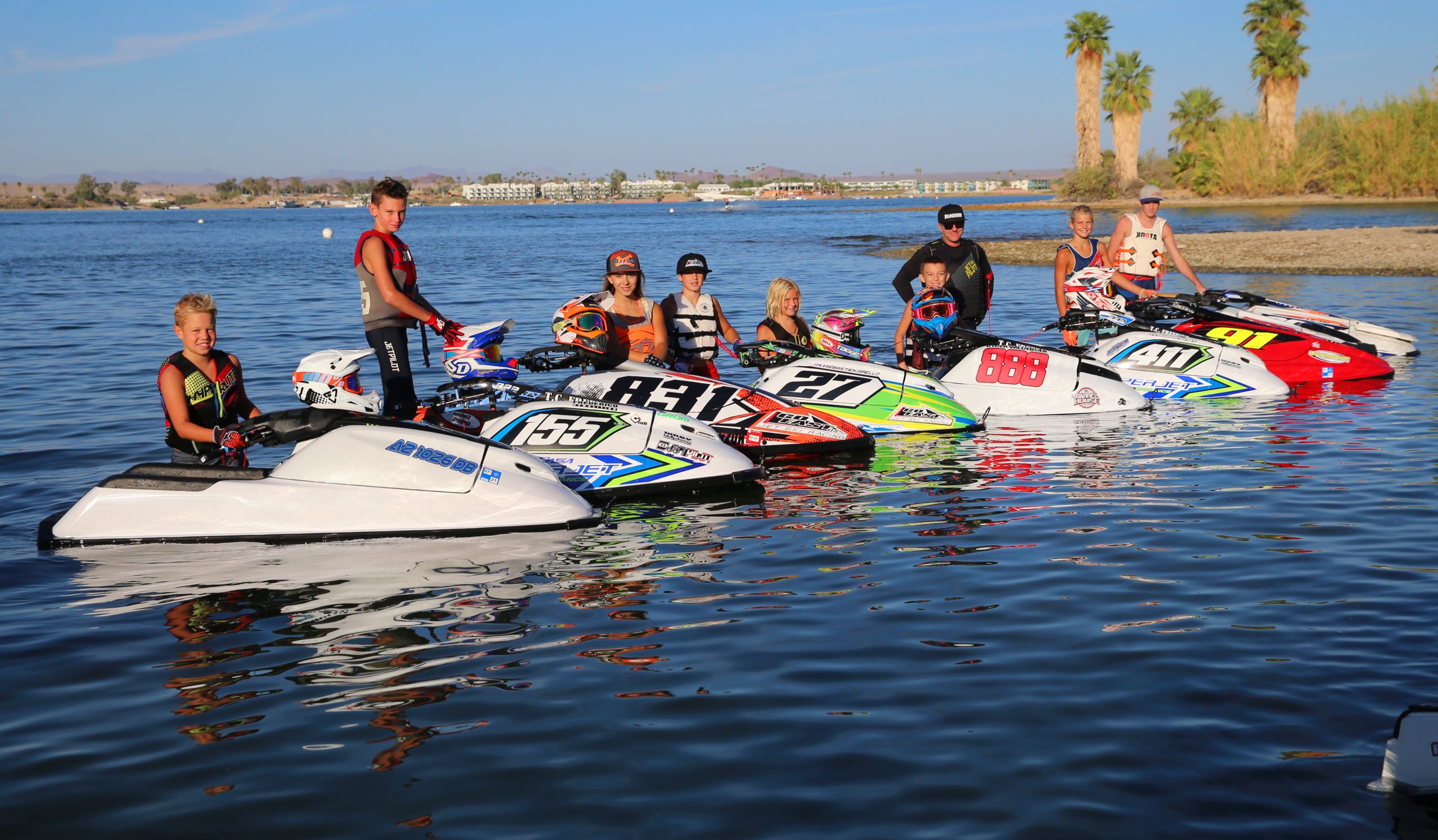 Warmups for the Junior Stars’ program finals set for Oct. 4, during the International Jet Sports Boating Association and their skills were on display at Body Beach on Lake Havasu Sunday. The event has been scaled back because of COVID-19, according to the organization’s website.

Nedra Atwood, Junior Stars organizer, said, “We’re here at Body Beach with juniors getting all prepped for junior finals that comes up Oct. 3-11 during the IJSBA World Finals.”

Atwood said the Junior Stars is a program where the kids teach each other. “It’s sort of learn by example. The kids have brought in new kids. Today, they’re practicing their starts and how to approach a buoy and get around it properly. The freestylers are over there doing things the pros were the only ones doing in the past, she said. 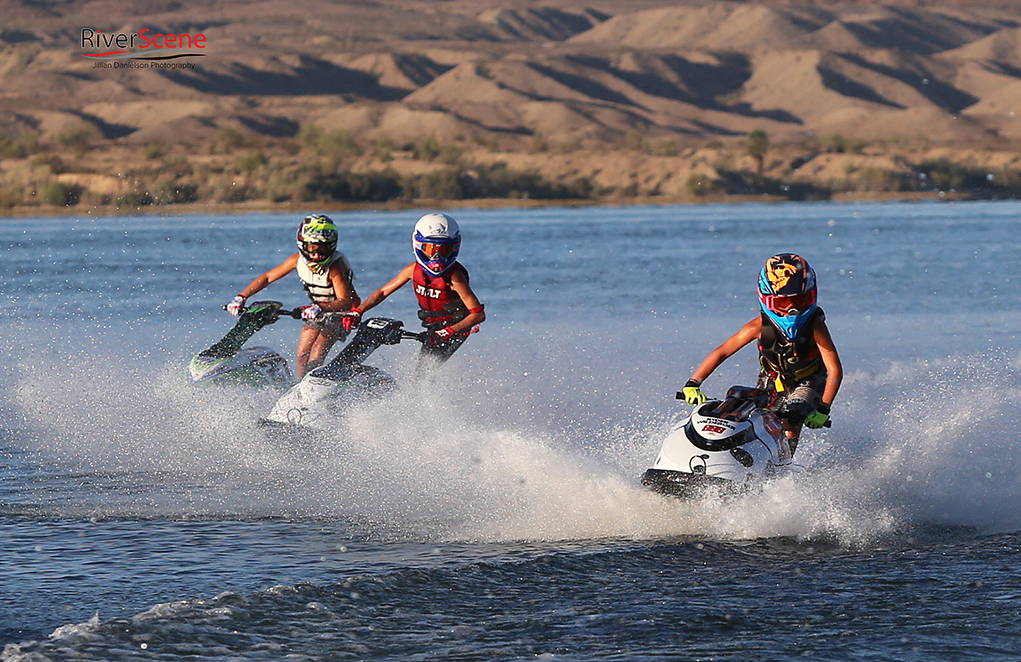 Atwood said there were about 25-30 Junior Stars in the Lake Havas City area. “When we have a day with the pros, there are about 300 people there.

Junior Stars’ membership is open to all kids. “We want to bring kids in. That’s the thing Junior Stars is about. We can’t grow if we don’t bring in new kids that race. So, they bring in their friends from school, family. That’s what’s exciting. We’ll grow champions right here.”

Dana Curtis is the mother of Coy Curtis, an 11-year-old personal watercraft racer. “He started riding jet skis when he was 4 and riding skis is part of his lifestyle … our lifestyle,” she said. 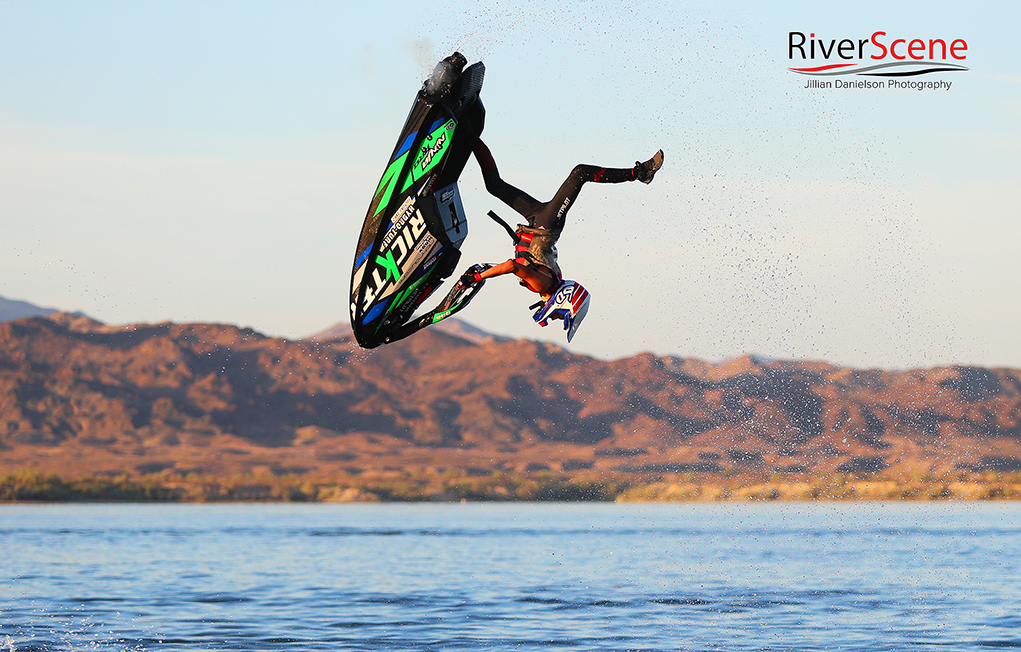 Curtis said her son is competitive and took to racing well. “Now, in the last two years, he’s also done a lot freestyle. He loves to do it all and the Junior Stars program is a great program in the community to get kids involved and new kids involved to help grow the sport. They’re the next generation to carry this sport through,” she said.

Coy Curtis said, “I love jets skiing because you can go fast and do back flips. I love Junior Stars because it’s only kids.”

Brody King, a 9-year-old skier on hand Sunday to practice his skills said, “I like the Junior Star program because there are a lot of kids you play with and it’s fun.”

“The thing I like about Junior Stars is that you can meet kids from all over the world. I’ve met a couple of friends from Dubai and all those places. We learn off each other, said Jake Parce, another skier practicing Sunday.

Sebastien Girello is a 12-year-old native Havasuvian. “I have been part of the Junior Stars Program since 2016,” he said. Girello said his involvement with the program has contributed to four years of successful racing.

Ryder Wildeboer, 14, began skiing when he was 11. He said his interested was developed through his mother’s love of the sport. He said he mother, Tricia, raced for about 15 years. He relocated to Lake Havasu City from Sioux Falls, S.D. 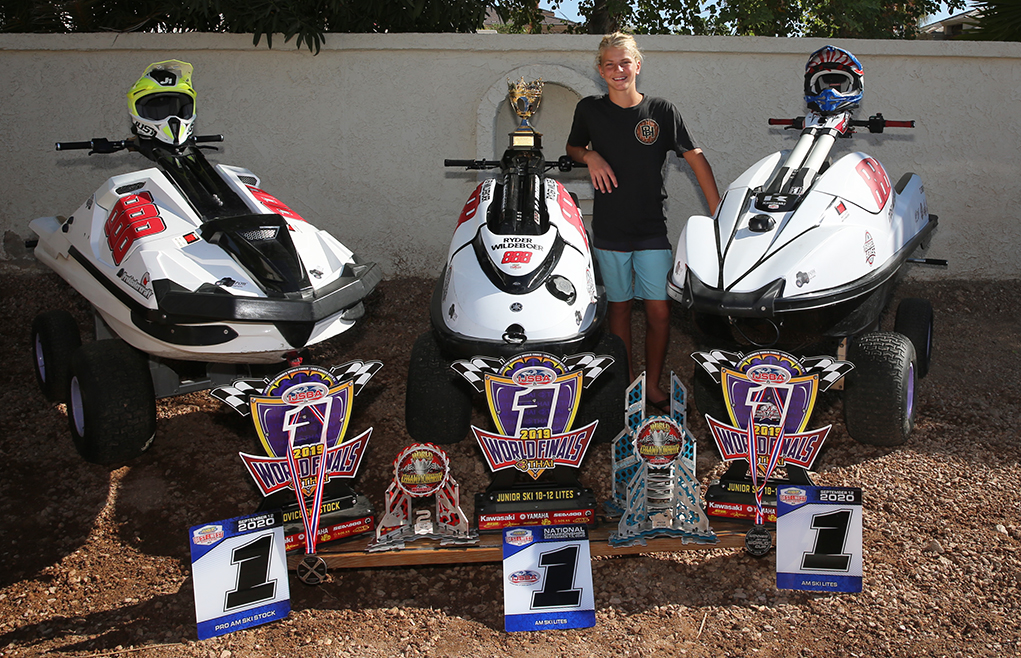 Ryder Wildeboer poses with his skis and trophy’s Sunday morning at his home. Jillian Danielson/RiverScene

“I love being with all my friends and a bunch of young riders getting into this sport. They love it so much and they’re all so fast,” Wildeboer said.

“When I went to Thailand, I met some people and I still have their number and we talk a lot. I’ve raced in Thailand,” he said. He said there was supposed to be a race in France but because of COVID it was cancelled.

“Every day we go down there (Body Beach) for at least two or three hours testing and tuning to make sure we get everything right,” he said.

The IJSBA VP World Finals will be Oct. 3-11. For more information, visit the organization’s website at www.ijsba.crom or for race information visit www.ijsba.com/world-finals/. 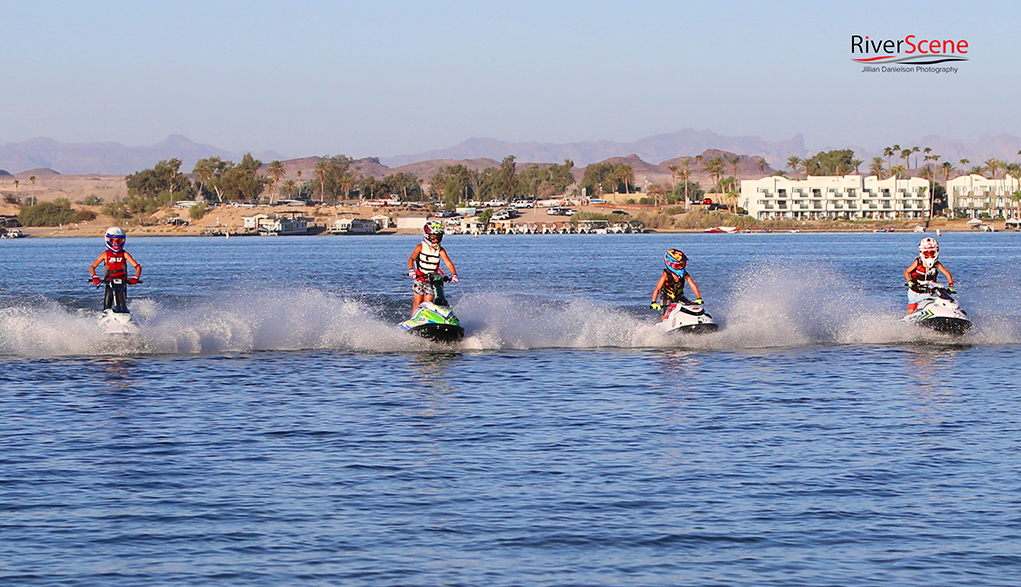 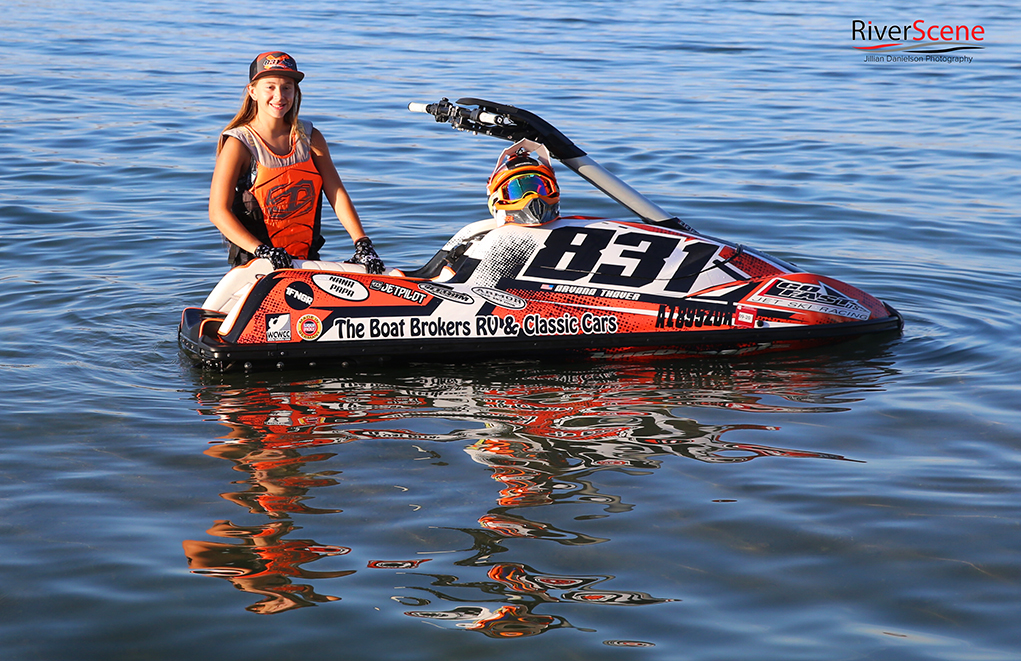 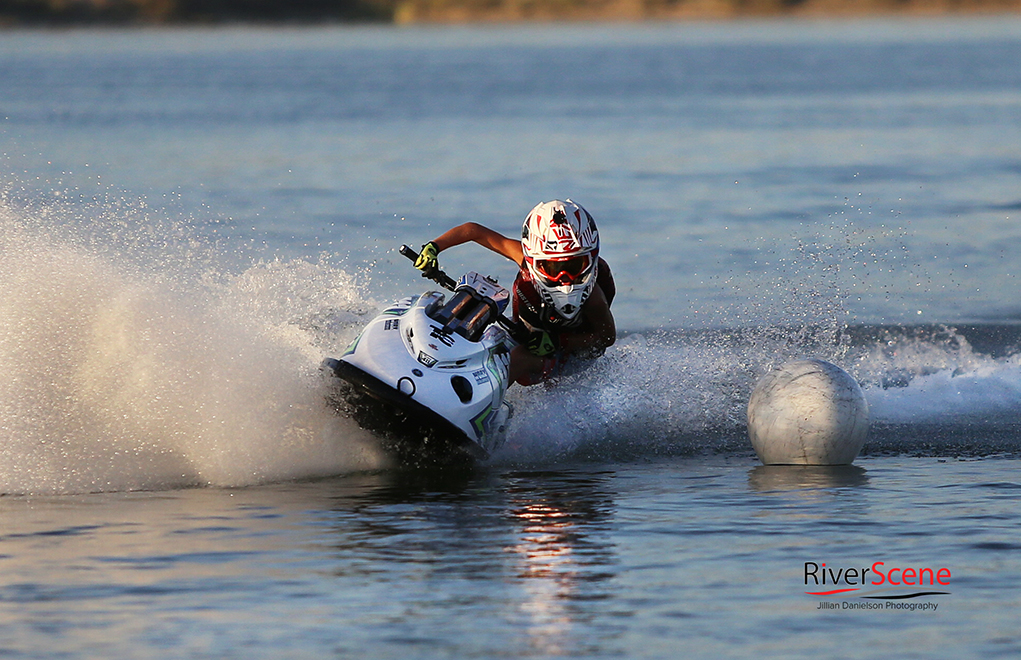 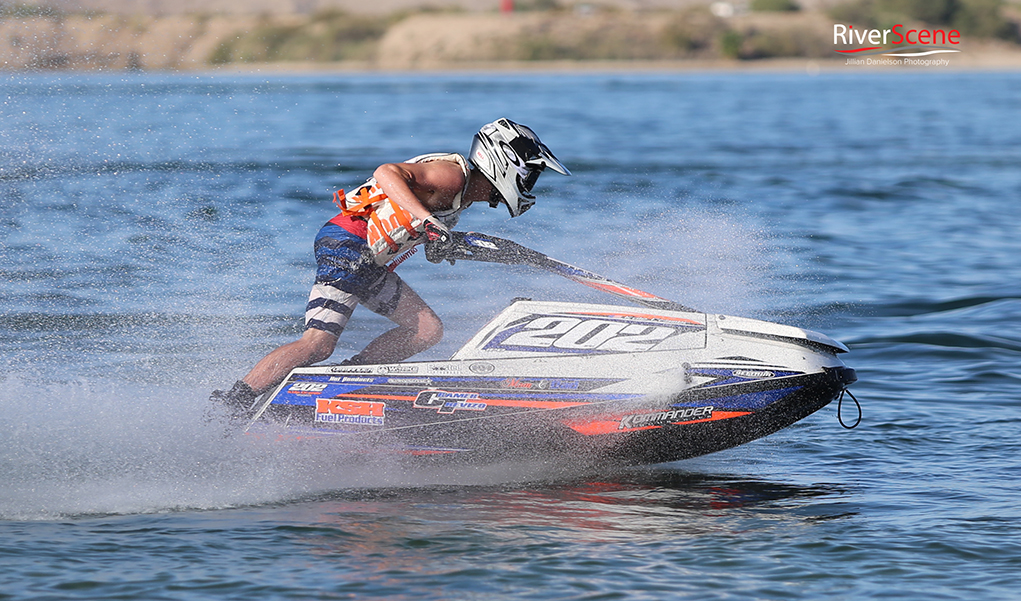 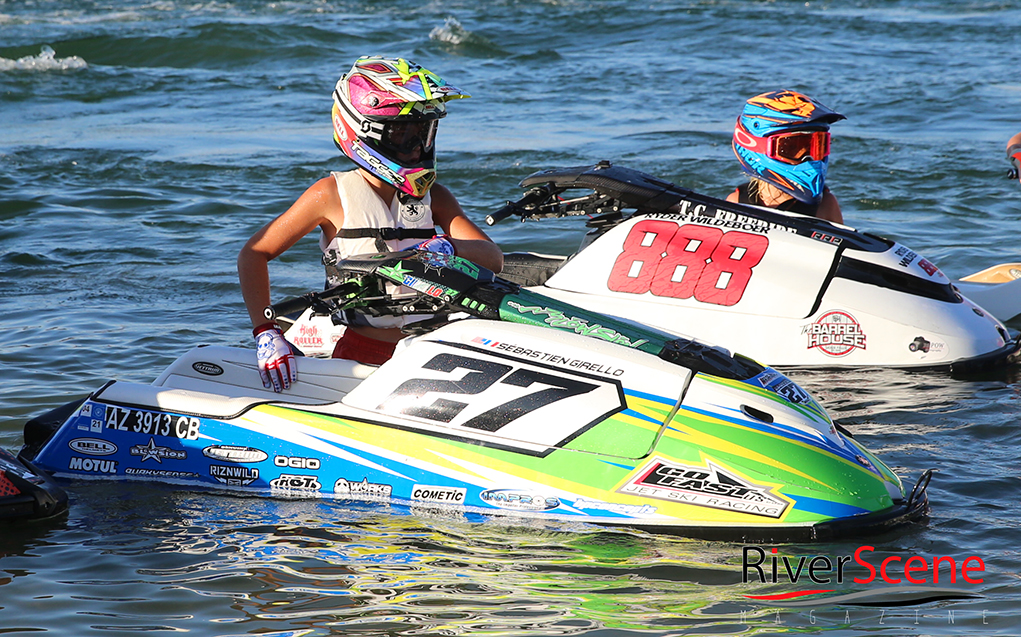 One Response to “Junior Star Power On Display On Lake Havasu”