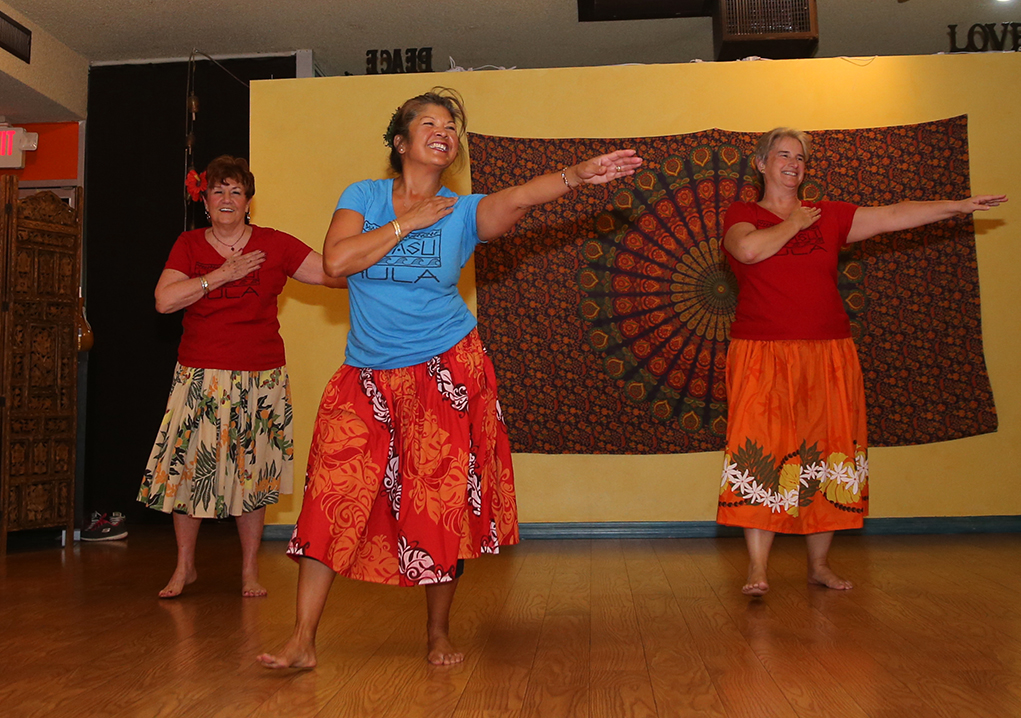 For what many still refer to as a “small town,” Lake Havasu City offers quite a few diverse workout and extracurricular activities, including a Hula dance instruction class. Led by Kahealani Cherland, Havasu resident of about three years but a long time visitor, this class brings cardio exercise in. However, Cherland says that there’s even more to it than that.

Connection And A Way Of Life

“Pilina” is a Hawaiian word meaning, “connection,” and Cherland uses it to describe her feelings about Lake Havasu as well as Hula dancing. She remembers a very warm reception when she first moved here, proving that her sense of Pilina was well placed. Having begun to practice Hula at age 14, Cherland recalls a Samoan family in the Bay area where she lived taking her under their wing.

“I was hooked!” Cherland says, having felt that same Pilina immediately when she was first shown Hula. 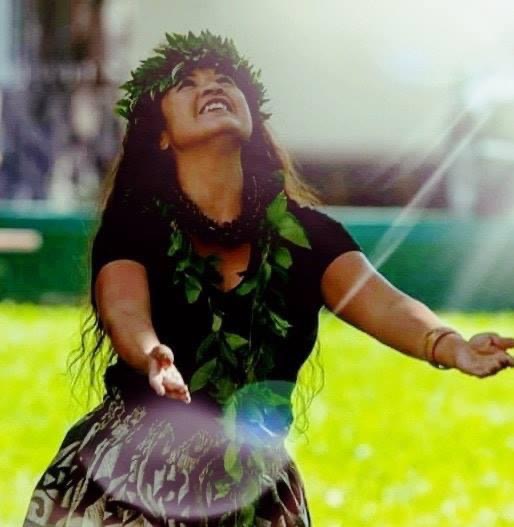 Cherland belonged to a Halau, or school, for more than 30 years, and the last 10 years of that time her, Kumu, or teacher, had her learning to teach others. When she settled in Havasu she was ready to begin classes, with the blessing of her Kumu. Four years ago, she hosted her first class at Eight Lotus, and she has been at it ever, since.

“Hula is like a way of life,” Cherland describes fondly, thinking back on those feelings of Pilina, “I recommend it to everybody because it is really a good, gentle way of exercising, although it can be quite exhausting!” So those who cannot handle a high impact form of exercise may benefit from Hula. Those who take Hula classes with her may find that their upper body strength is improved with the arm movements, as well as their posture and range of motion.

In addition to dancing, Hula teaches about Hawaiian culture as well as some life lessons, like kindness, patience and humility. Those who take the class can expect to hear these words while also learning choreography for performing around town, but for another reason too. Cherland shares, “It helps our brains to cross that corpus callosum — we have our physical movements that our brains automatically do, but when you’re doing things across the midline and you’re also attaching words to them, it involves all of your brain function. So I call it my anti-Alzheimer’s medicine!” 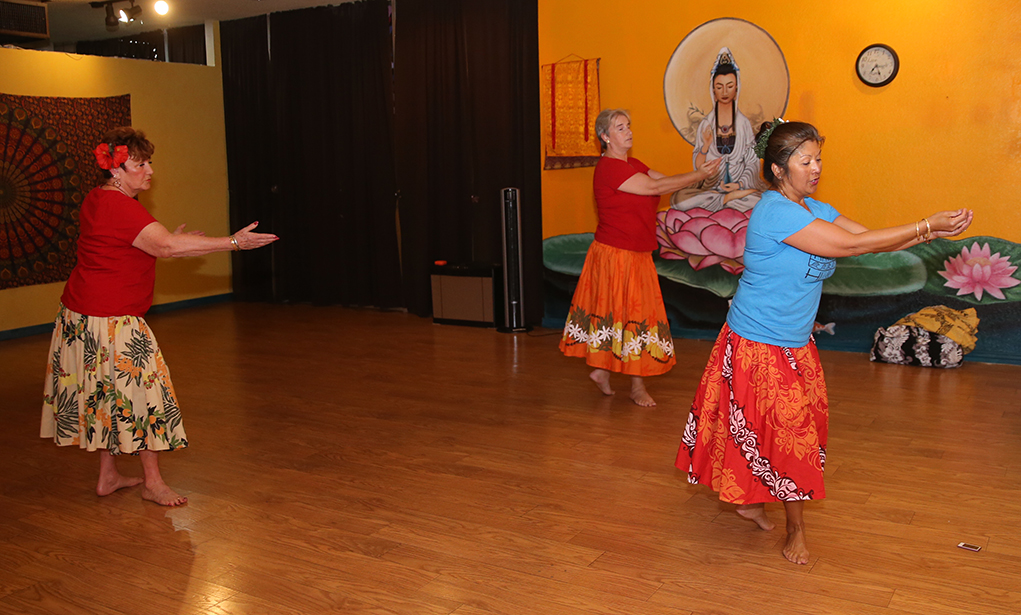 “Our Kumu is absolutely amazing and fills us with the Aloha spirit every week. It’s the best feeling in the world!” Says long time class participant Margie Snyder. Another class member, Katrin Phillips, agrees, saying, “I was very pleasantly surprised to see that Hula is way more than dance. It’s a lifestyle, it’s a spirit.” It seems that these two dancers have also discovered Pilina.

If you are curious to try it, Cherland teaches Hula on Tuesdays and Thursdays at Eight Lotus Wellness and Yoga on 2180 McCulloch Blvd. N., Suite 102 beginning at 6:45 p.m. until 8 p.m. There is also a beginners class Fridays at 8:15 a.m. at the same location. Classes are $10 each, or participants may purchase a dance pass for 10 classes at $80, which breaks down to $8 per class. 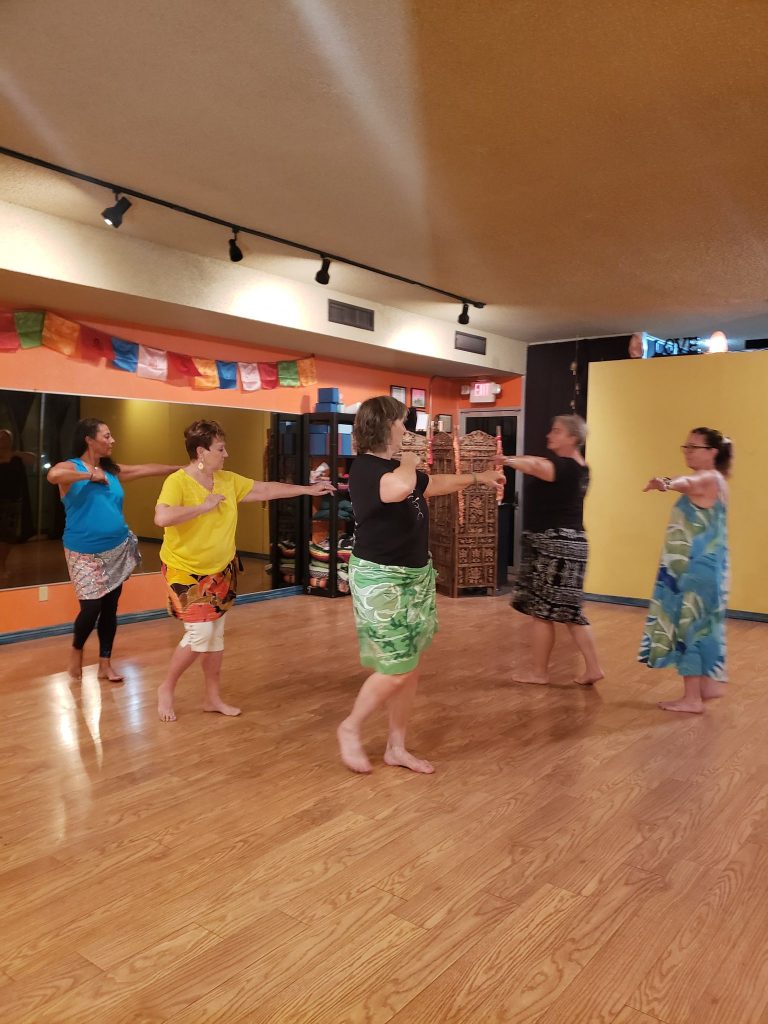 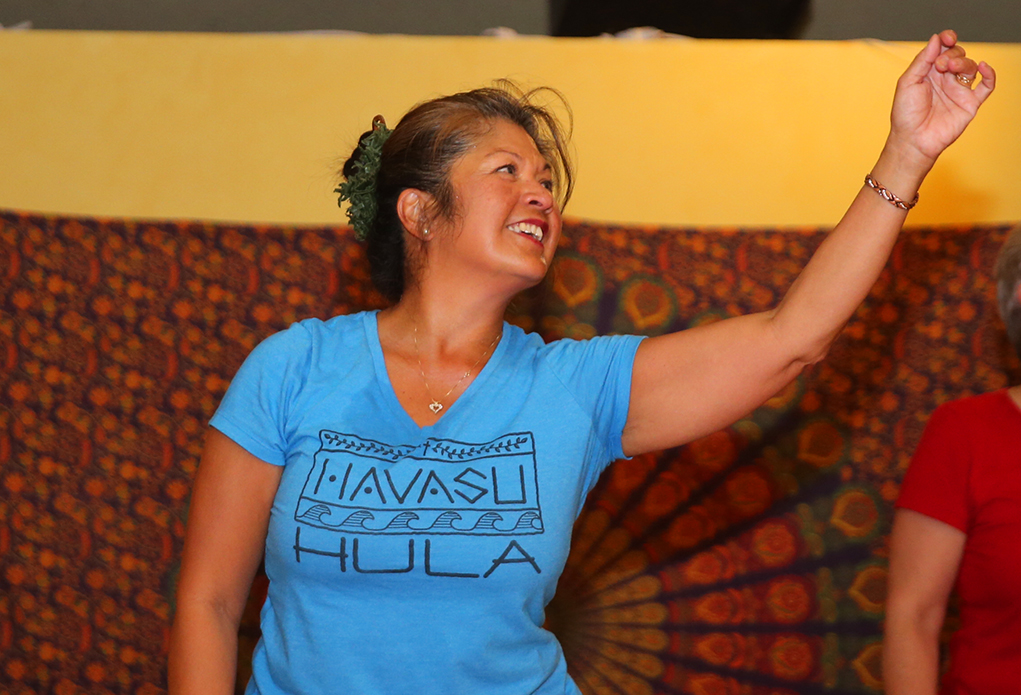