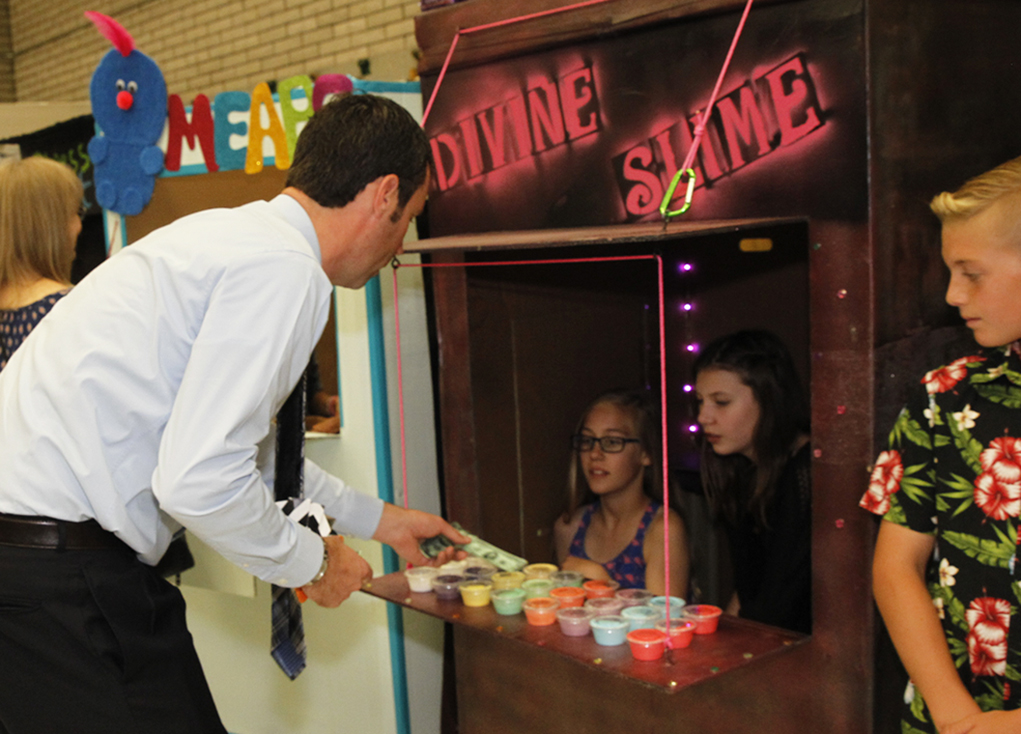 More than 80 fifth-graders participated in “Kid City” this Friday at Starline Elementary School. Mayor Mark Nexsen, along with a few members of the City Council and the students’ parents, were on hand to help as the students opened their own stores in which they sold items such as homemade jewelry and mini skateboards.

Attendees and parents of the students were given fake money to “purchase” the merchandise during Kid City. Kid City remained open until the end of the school day Friday. 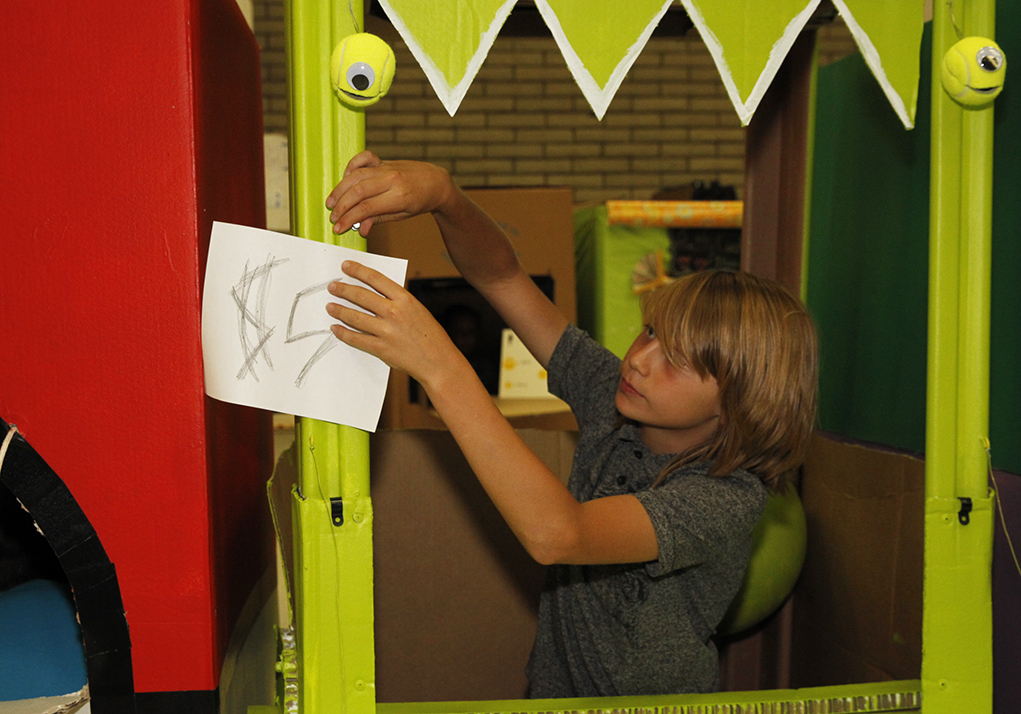 Sylvan Osman prepares his “store” before the opening of Kid City. Jillian Danielson/RiverScene 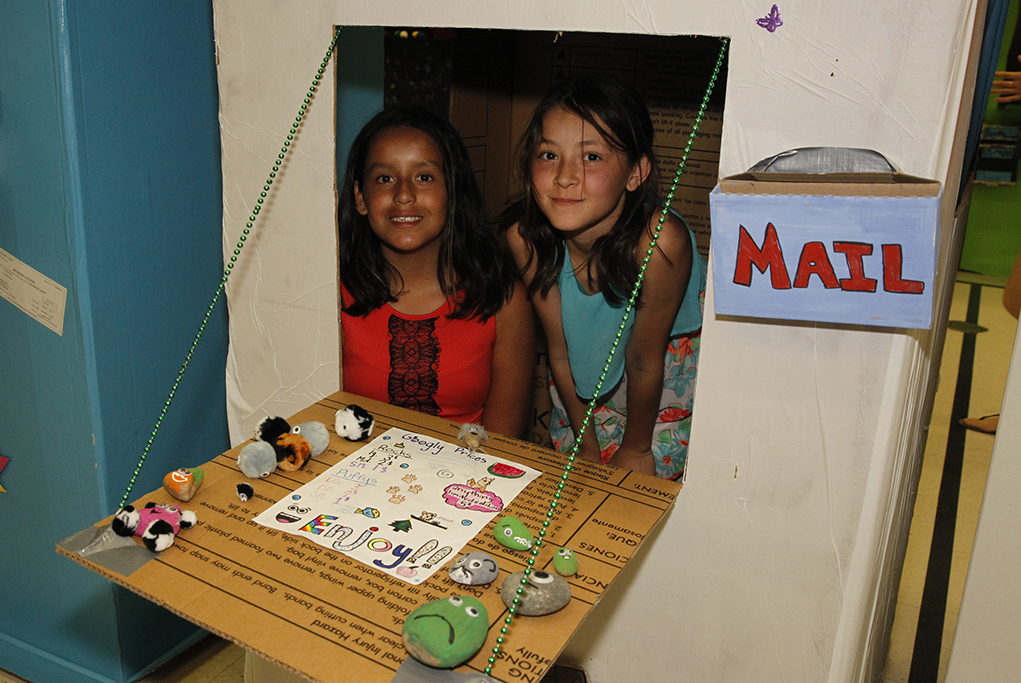 Alexis Aldrete and Kelly Malouin pose for a photo with their “store” Friday afternoon at Starline Elementary. Jillian Danielson/RiverScene 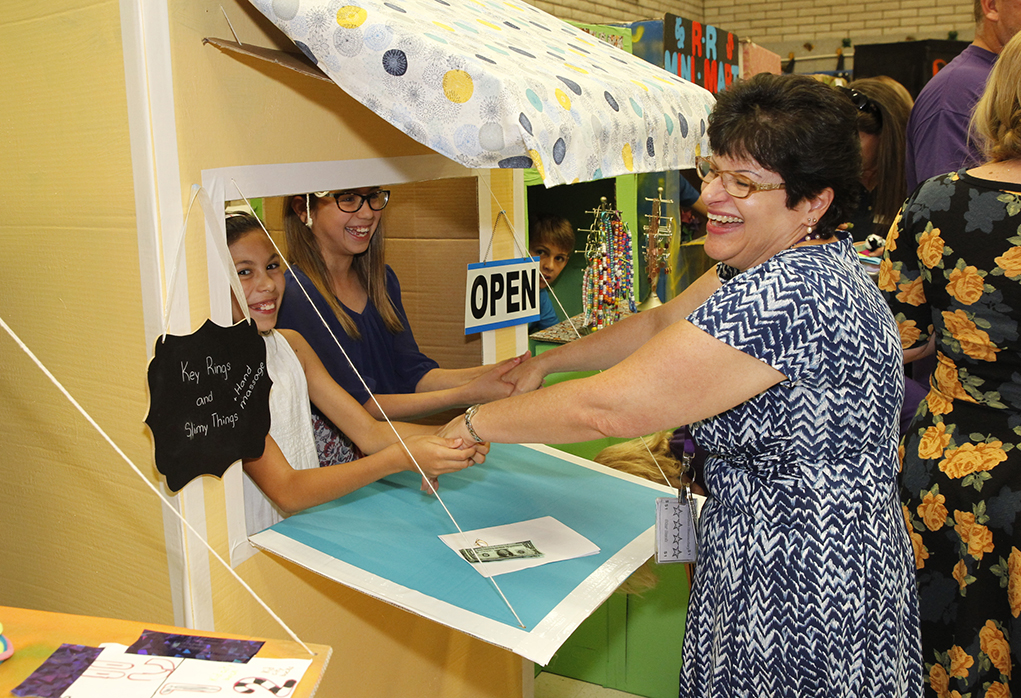 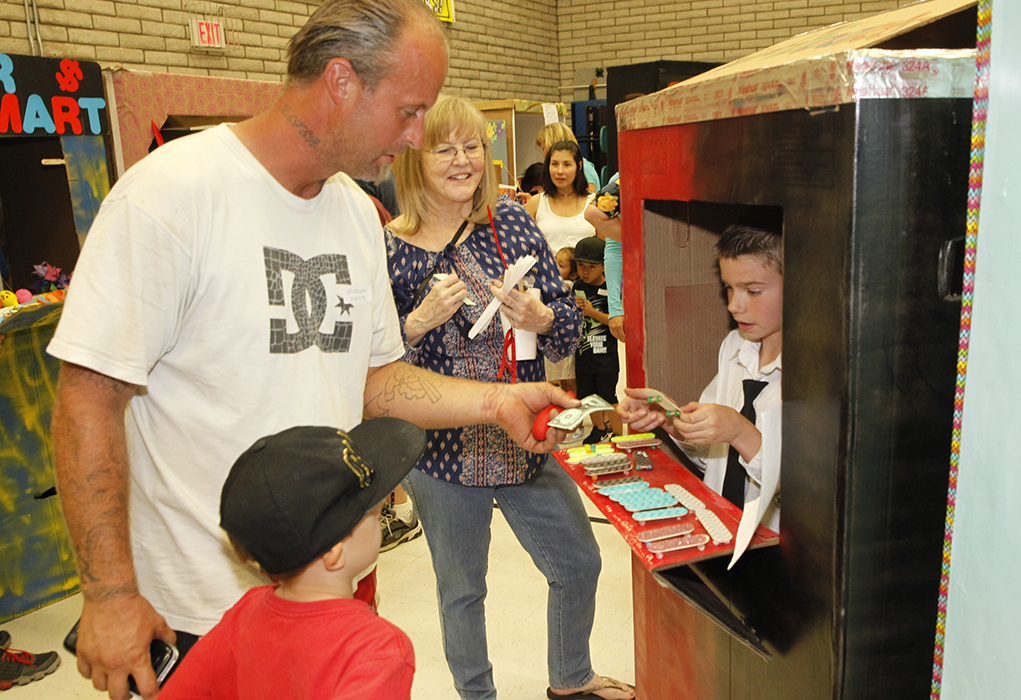 A fifth-grader sells his mini skateboards during “Kid City” on Friday. Jillian Danielson/RiverScene