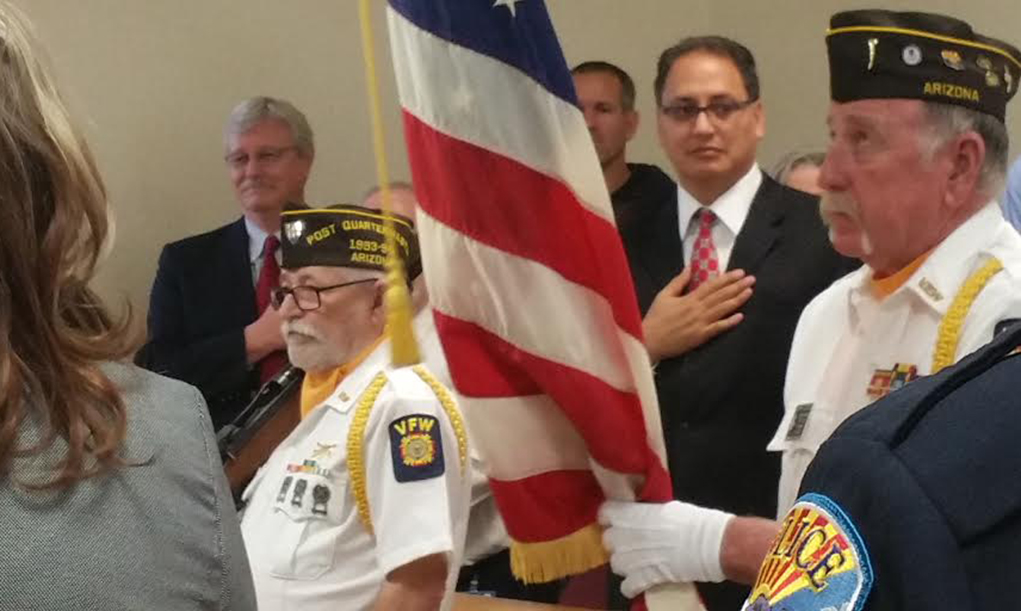 Kingman has become the second city in Mohave County, after Lake Havasu, to set up a Veterans Court.

On Dec. 9, Judge Jeffrey Singer presided over the first session of Kingman’s Veterans Court. Two veterans appeared to sign papers agreeing to participate in the Veterans Court program. Veterans must successfully complete the requirements, which usually include counseling, community service and drug and alcohol testing, before they can graduate. Depending on how well they progress, the program may take from six months to two years to complete. Upon graduating, their charges are dismissed.

VFW Post 3516 of Kingman presented the Colors at this first session. 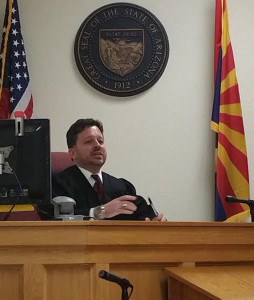 Judge Singer explained how Veterans Courts operate, and how important community involvement is to the success of Veterans Courts. Many county and city service organizations have already pledged their support, and Kingman has also created a Veterans Resource Team based on Lake Havasu’s model. Singer praised Lake Havasu’s Veterans Court for its success, and thanked them for offering advice and training and including Kingman in their staffing meetings. Singer presented a plaque to Judge Kalauli in appreciation of Lake Havasu’s assistance in helping Kingman get their Veterans Court off to a good start.

“We’re excited to get this program up and running here in Kingman,” Singer said, “and we’re grateful to be partnering with Lake Havasu in our efforts to make this a regional Veterans Court for Mohave County.”

The Kingman Veterans Court will conduct its sessions at 1:30 p.m. on the second and fourth Wednesdays of every month in Courtroom 1 of the Kingman Municipal Court, 219 North Fourth Street in Kingman.