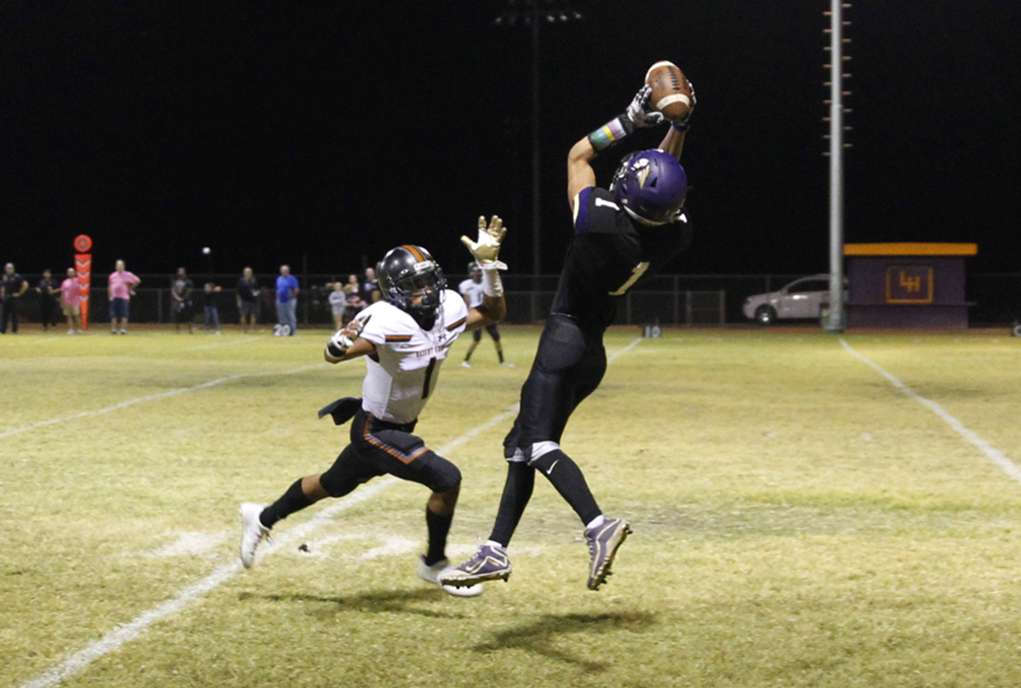 The Lake Havasu Knights’ varsity football team went into Friday night’s game ready to win, but came up short resulting in a 41-16 loss to the Desert Edge Scorpions.

The Knights gave a strong effort to stay in the game as the clock ran down. Throughout the game, the Knights’ defense remained an integral component, as the offense was attempting to click..

To open the game, the Knights made their way down the field, resulting in a tough catch by No. 82 Kaleb Williams. After a few offensive bouts, the Knights elected to go for the field goal to get some quick points.

The kick, attempted by No. 10 Hayden Lintz, had been executed perfectly to give the Knights a 3-0 lead in the game.

Not long after, the Scorpions were able to recover a Knights’ fumble, leading to a touchdown. The Knights were down, but very far from out. 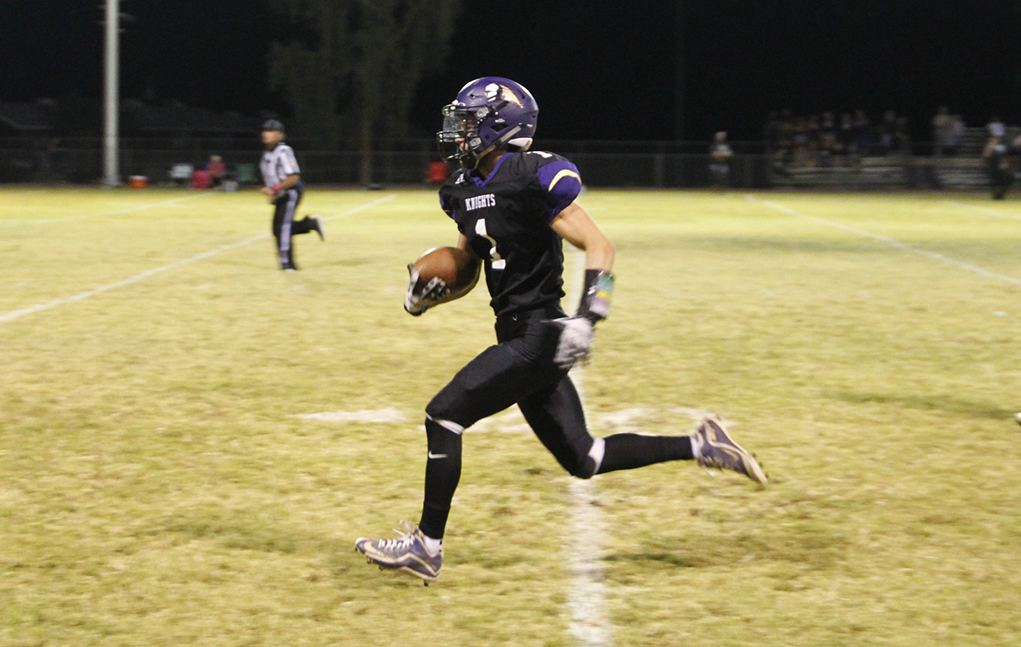 Going into the second quarter, the Knights’ offense had several good looks including a huge catch by No. 2, Steven Kornowski. Not long after, No. 1, Jacob Schafer, got an impressive touchdown followed by a point after touchdown kick again by Lintz.

After the Knights’ offense showed they were still in it to win it, the Scorpions came back stinging. Pushing through the defenders, the Scorpions made way down the field to gain another touchdown to regain the lead 13-10 with a failed PAT attempt.

Following the touchdown, the Knights were minutes for a comeback; however, their efforts were thwarted by the Scorpion’s defensive efforts. The Scorpions would then pick up a few touchdowns as well as their respective kicks to enter the half with a 34-10 lead against the Knights.

Going through the third quarter, multiple completions were made by Kornowski, Schafer and Williams, yet the Knights fell short at the goal line. The Scorpions continued to come up with one more touchdown along with a kick to increase the lead to 41-10.

While the third quarter entered its final moments, the Knights prepared for an uphill battle in the fourth quarter.

During the fourth, an unbelievable catch was made by Kornowski to give the Knights one more touchdown, making the score 41-16.

The Knights fought hard trying to put an end to the Scorpions’ lead, even though they came up short. In the end, the Knights left Friday night’s game knowing they will have to come back twice as strong in their final home game next week after a tough loss.

The Lake Havasu Knights varsity football team will play Friday night at 7 p.m. against Verrado High School, where it will also be senior night to honor the senior players on the team. 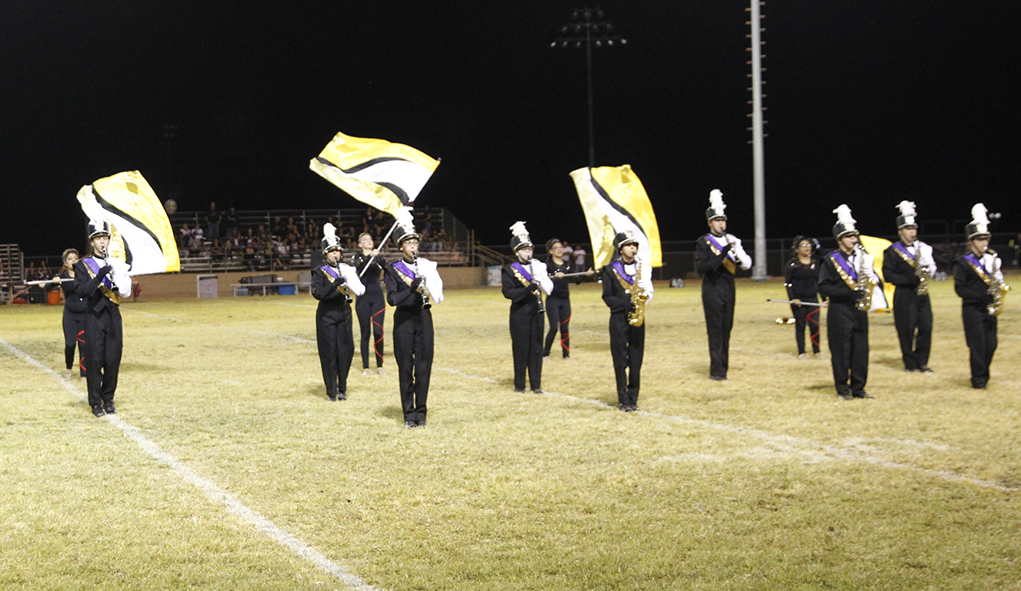 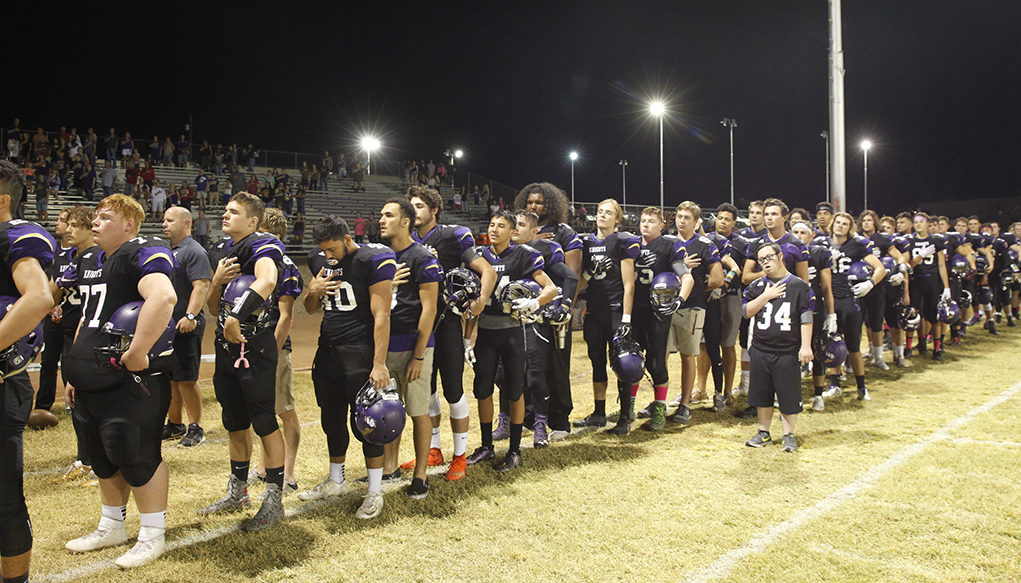